My husband and I ended up with the same weekday off of work, so we used this rare opportunity to visit Busch Gardens Tampa without the teenagers. What a difference visiting the park on a weekday makes – crowds were nonexistent, even with the beautiful weather!

As we entered the park, we stopped to pay our respects to Gwazi. Busch Gardens is permanently closing this coaster on February 1, and since that was only a few days away, lots of people flocked to take one last ride on the wooden giant.

It was Florida’s first wooden coaster when it opened in 1999, but now it’s become too expensive to maintain – it takes an entire maintenance crew six hours every single night to double-check every inch of the track and each and every bolt. And now that the ride isn’t drawing in the guests that it used to, it’s just not cost-effective to operate anymore. Since both my husband and I had ridden it before, and since both of us remembered very vividly how much the wooden coaster rattled our bones, we chose not to ride it one final time; we just stopped by and bid it a farewell. 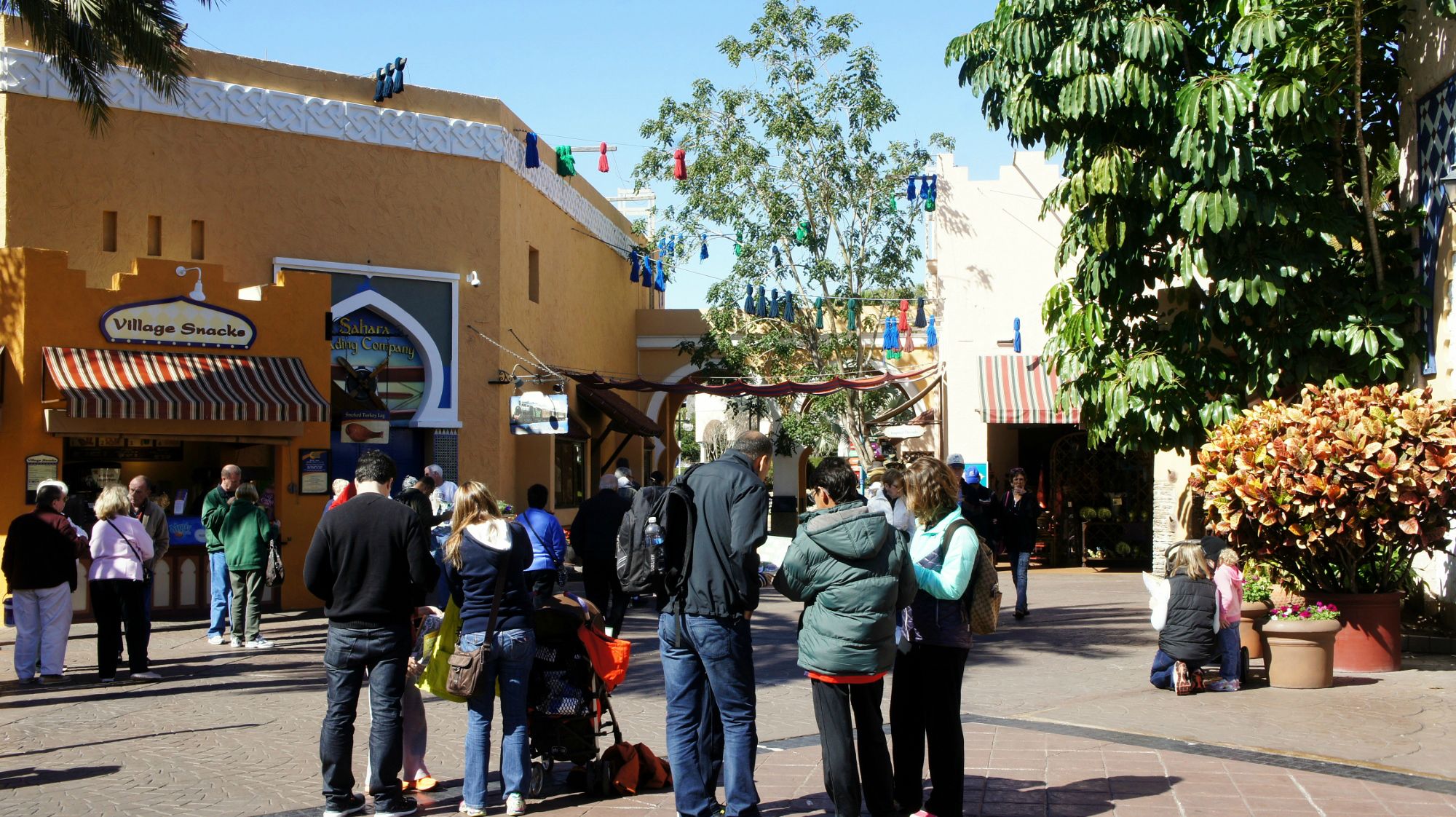 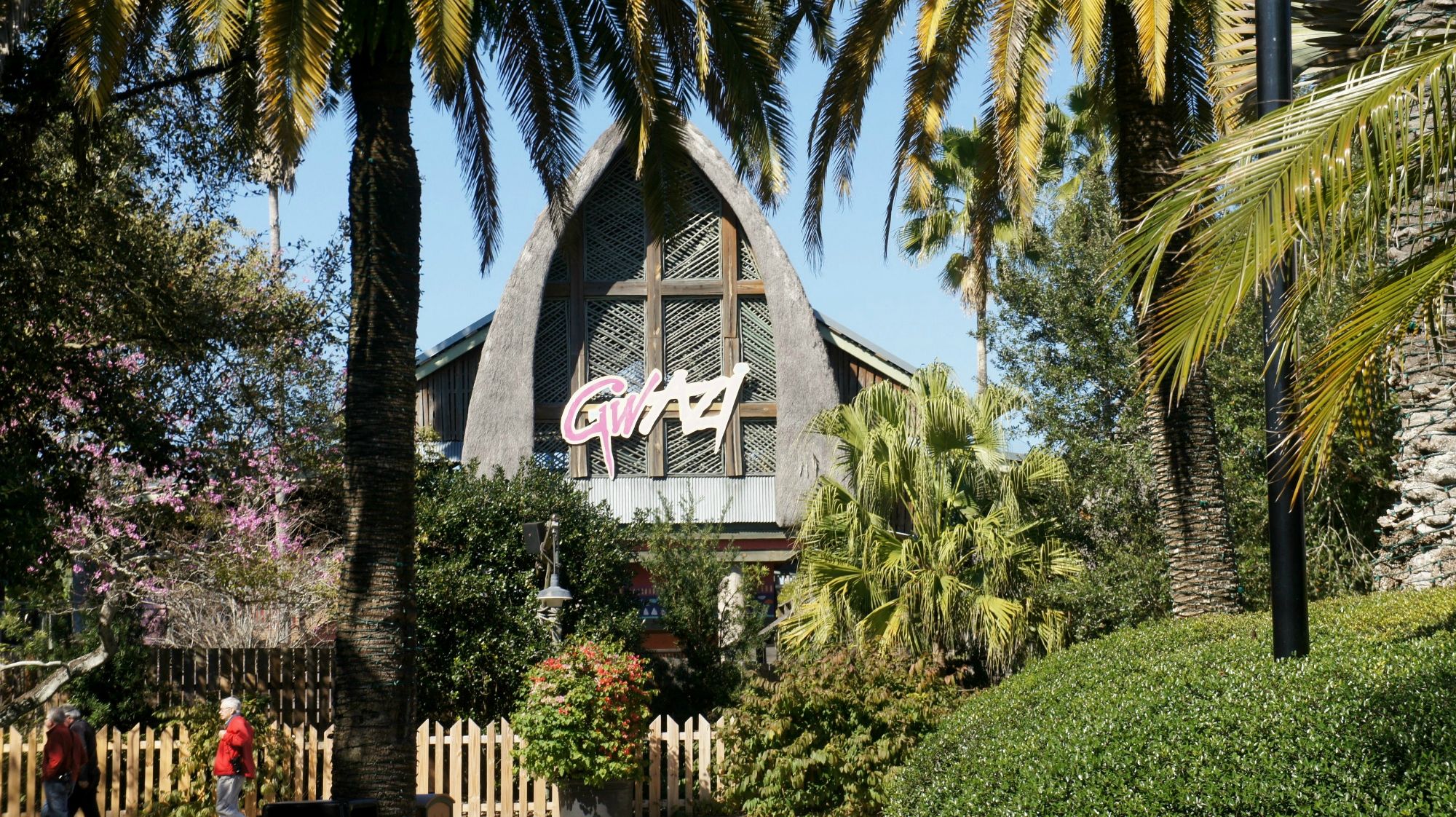 As we continued down the path, we found more signs of change at Busch Gardens. The pathway had detour signs up just outside the Xcursions store, which redirect you through Gwazi Park. While we could clearly see the construction beyond the walls (they’ve completely torn the building down where the “Critters Castaway” show used to be), it wasn’t clear exactly what was going to be built in this rather big area. There is also a large metal frame for a new topiary coming for the Food and Wine Festival in March, but as it doesn’t take up all of the space they’ve cleared, it’ll be interesting to see what fills in the rest.

The path still takes you by the flamingos (which were defending their territory against a large group of seagulls while we were there), and to Walkabout Way and Sesame Street’s Safari of Fun – it’s just slightly rerouted, is all. 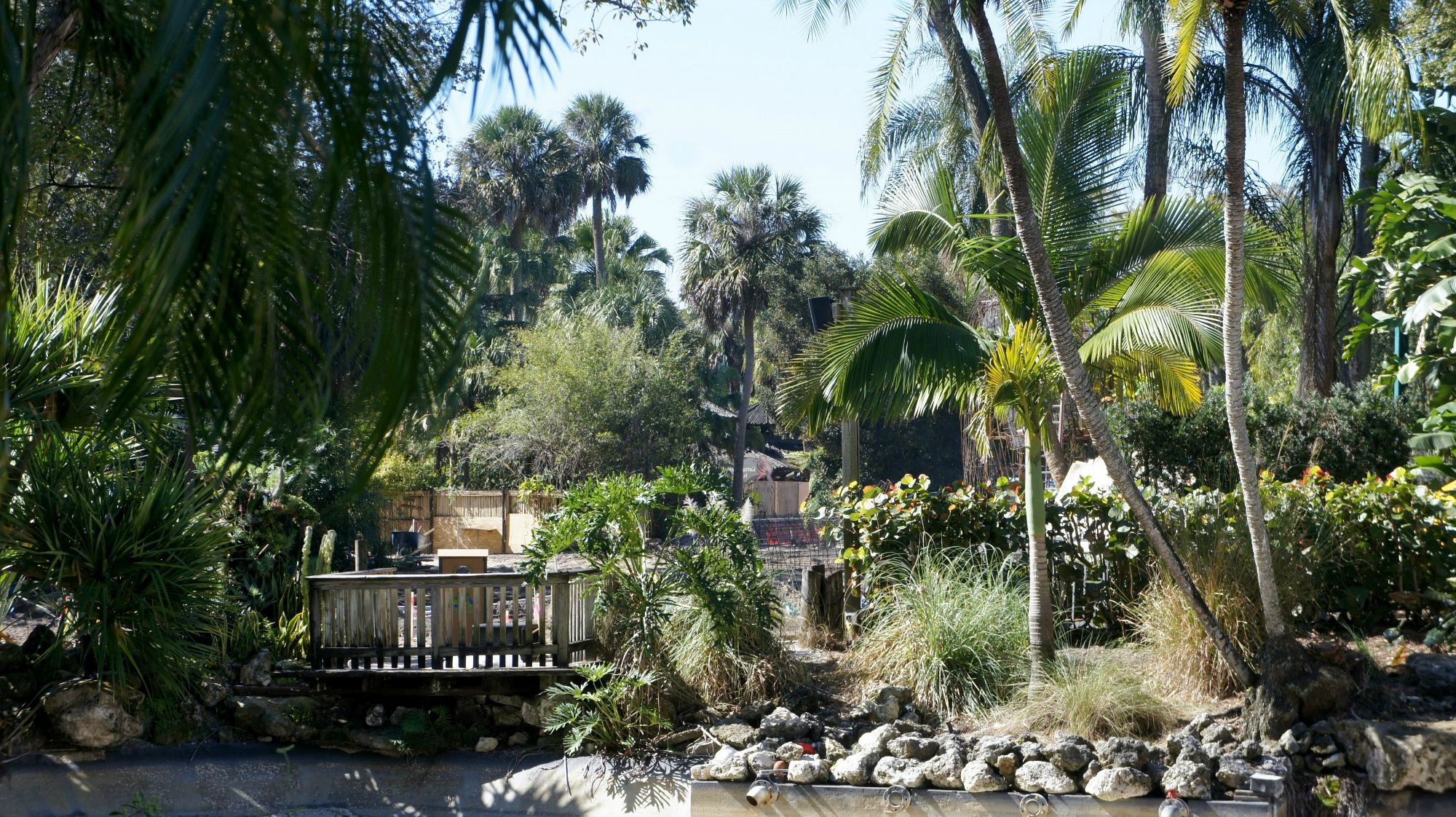 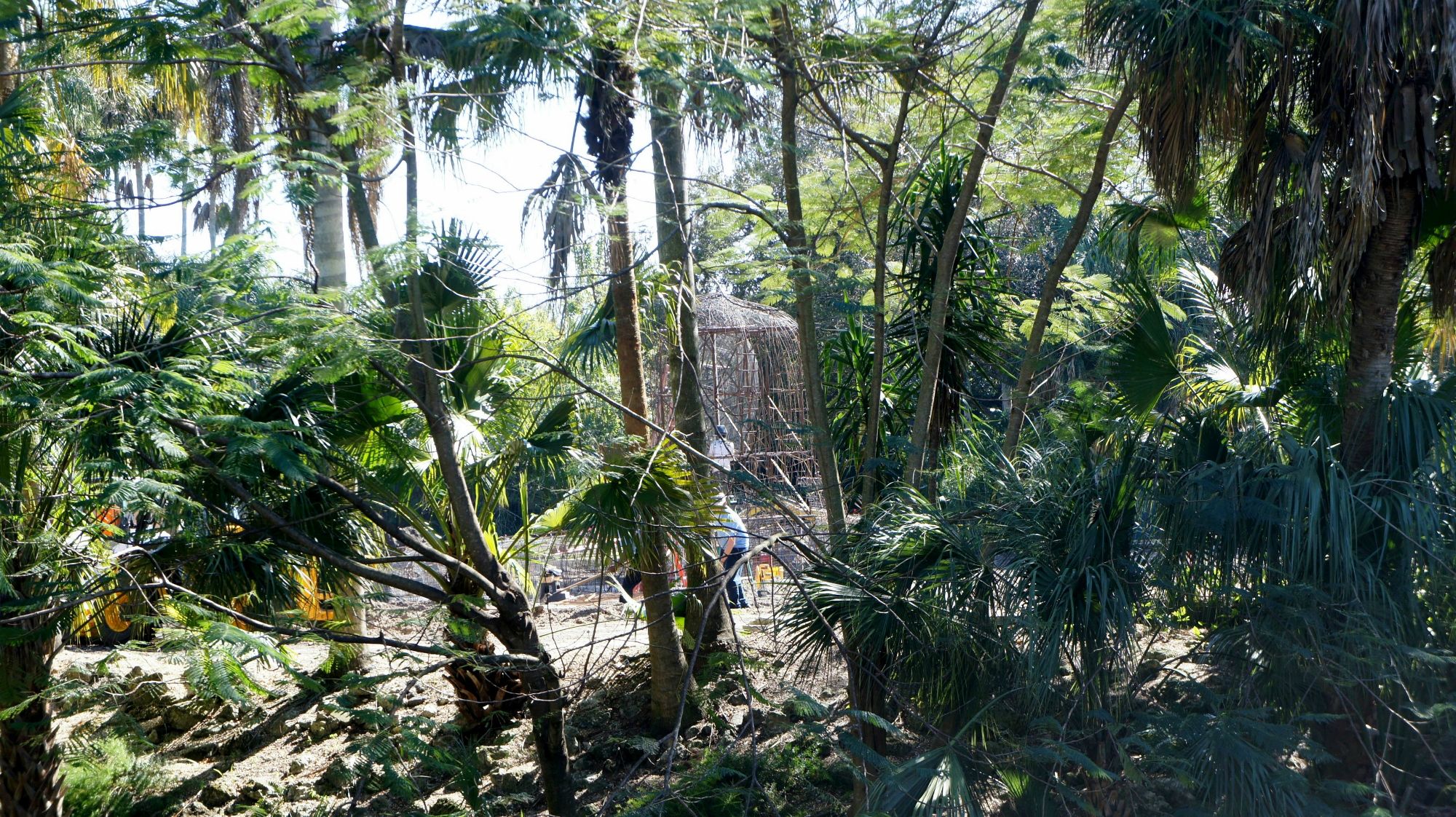 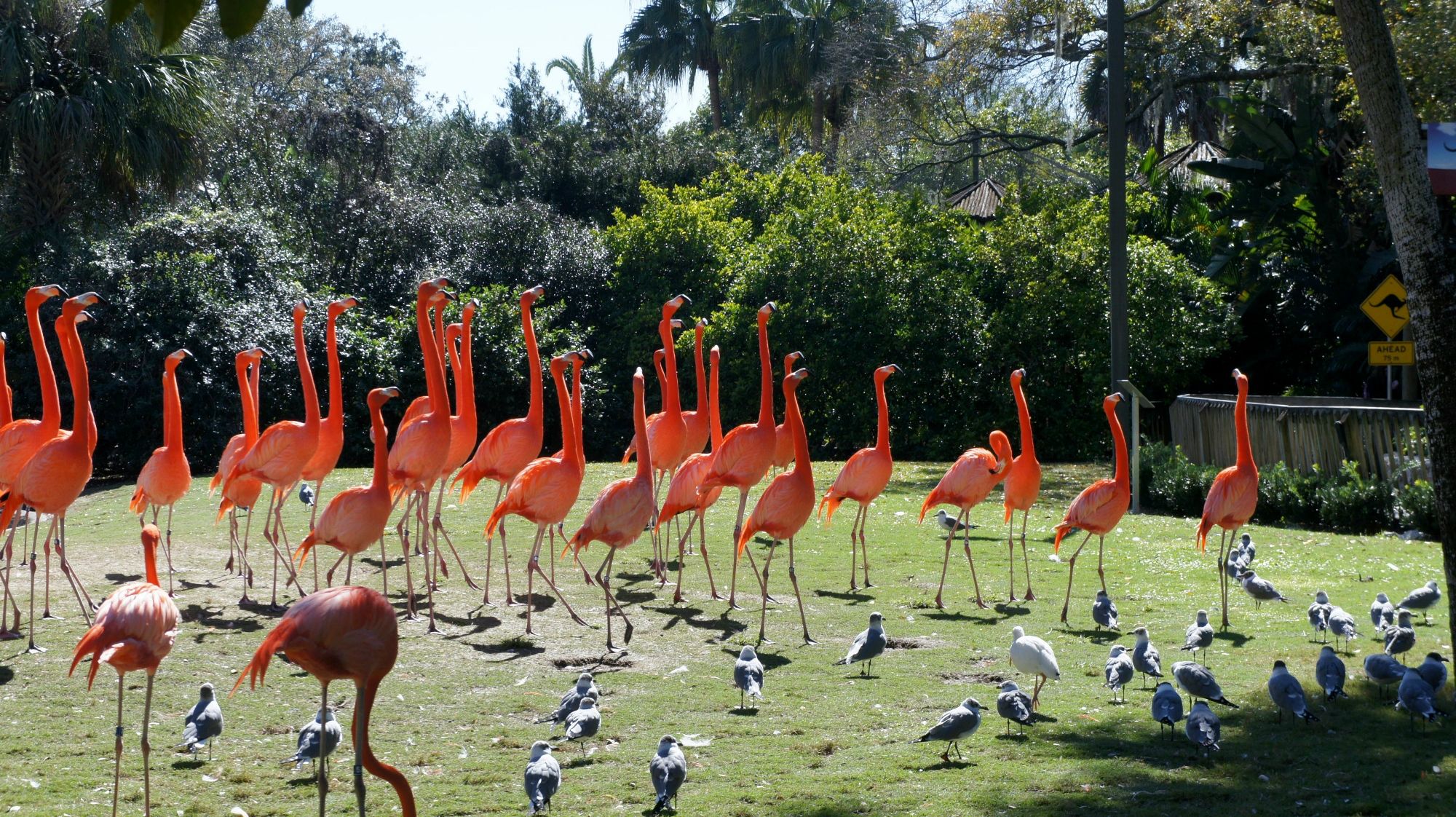 As we walked past the Sesame Street area, we were delighted to see Grover and Cookie Monster out greeting guests – even without our children clamoring to see them, it was neat to see them interact with the children there. With the crowd levels so low, there were several times where they weren’t being hugged or talked to by a child and just danced to the music playing in the area, or came up behind children to surprise them. It was quite entertaining to watch. 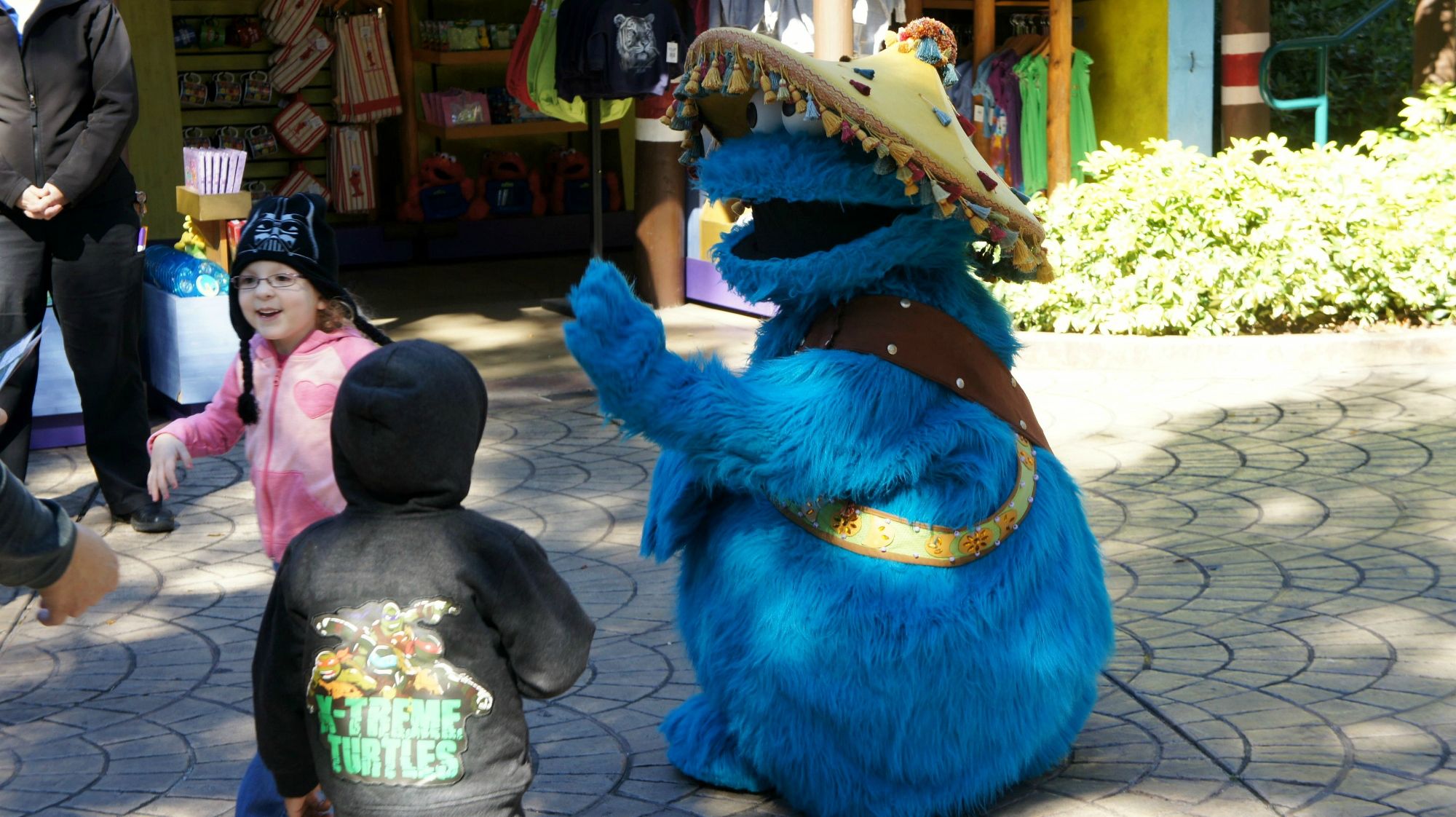 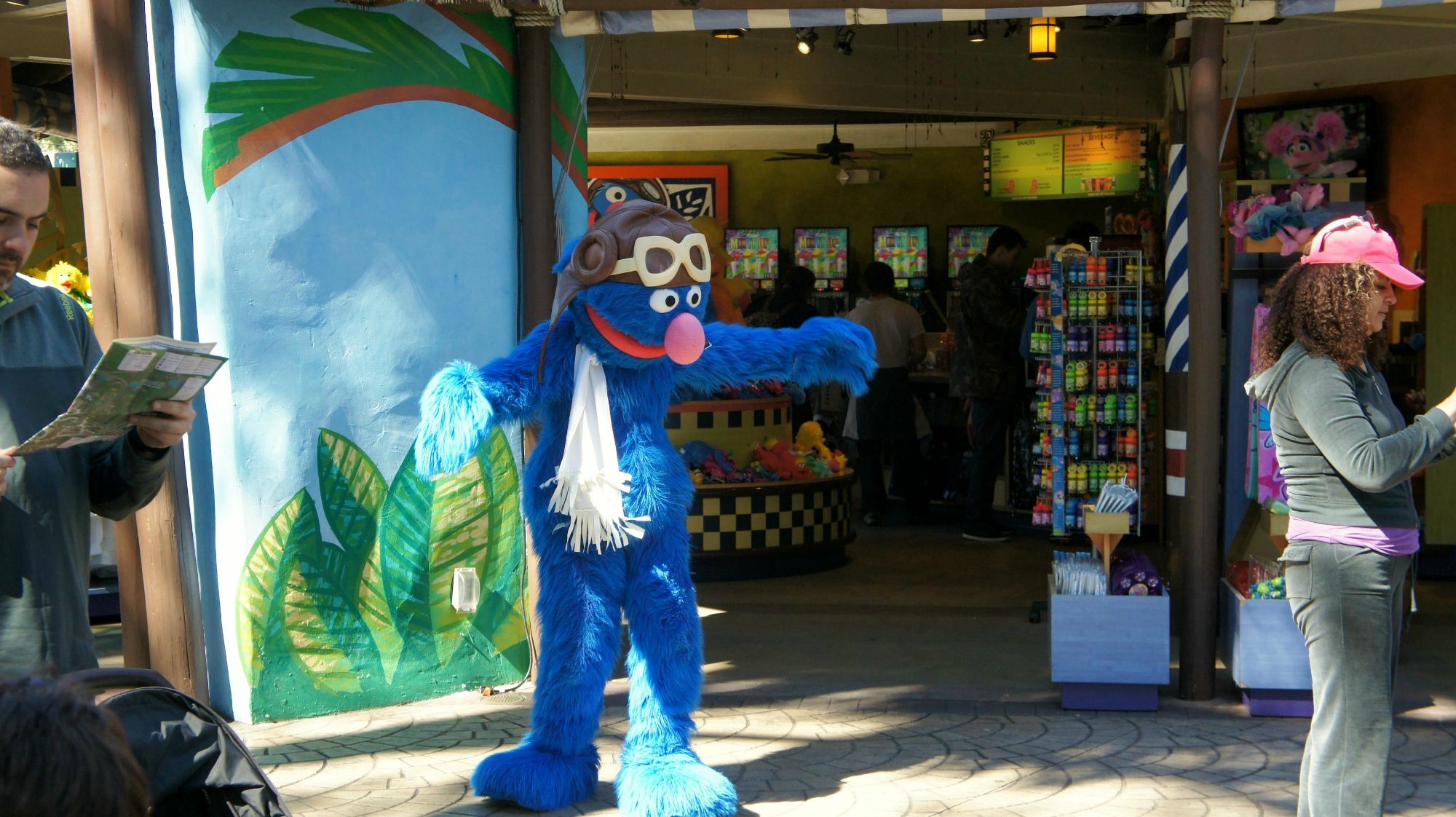 More signs of change and construction could be found in Pantopia. The Pantopia Grill has been closed for renovations until early summertime. This restaurant was already repainted and renamed to coincide with the opening of Falcon’s Fury, but now it’s getting a major overhaul: the park has confirmed that when it reopens, it’ll be a food court-style venue similar to Expedition Café at SeaWorld Orlando – but, much to my husband’s disappointment, it doesn’t appear that the corned beef sandwich he loved so much will be returning to the menu. There’s also going to be a Starbucks added to the food court, as well, so that, at least, is great news for coffee lovers!

(With the Pantopia Grill currently closed, though, be aware that lines at the other restaurants are longer than usual. When we stopped for lunch at the Zambia Smokehouse, we were quite surprised to find all four serving lines open but that there was still a 20-minute wait to get our food.)

Busch Gardens Tampa has also added a new food truck to the area. The Pantopia Food Truck is actually the same one seen at last year’s Howl-O-Scream and Christmas Town, except now it says “Pantopia Food Truck” on the side. No one in my family is a big taco fan, so we’ve yet to try the food from here, but I have heard many people say that the tacos and taco fries are tasty. 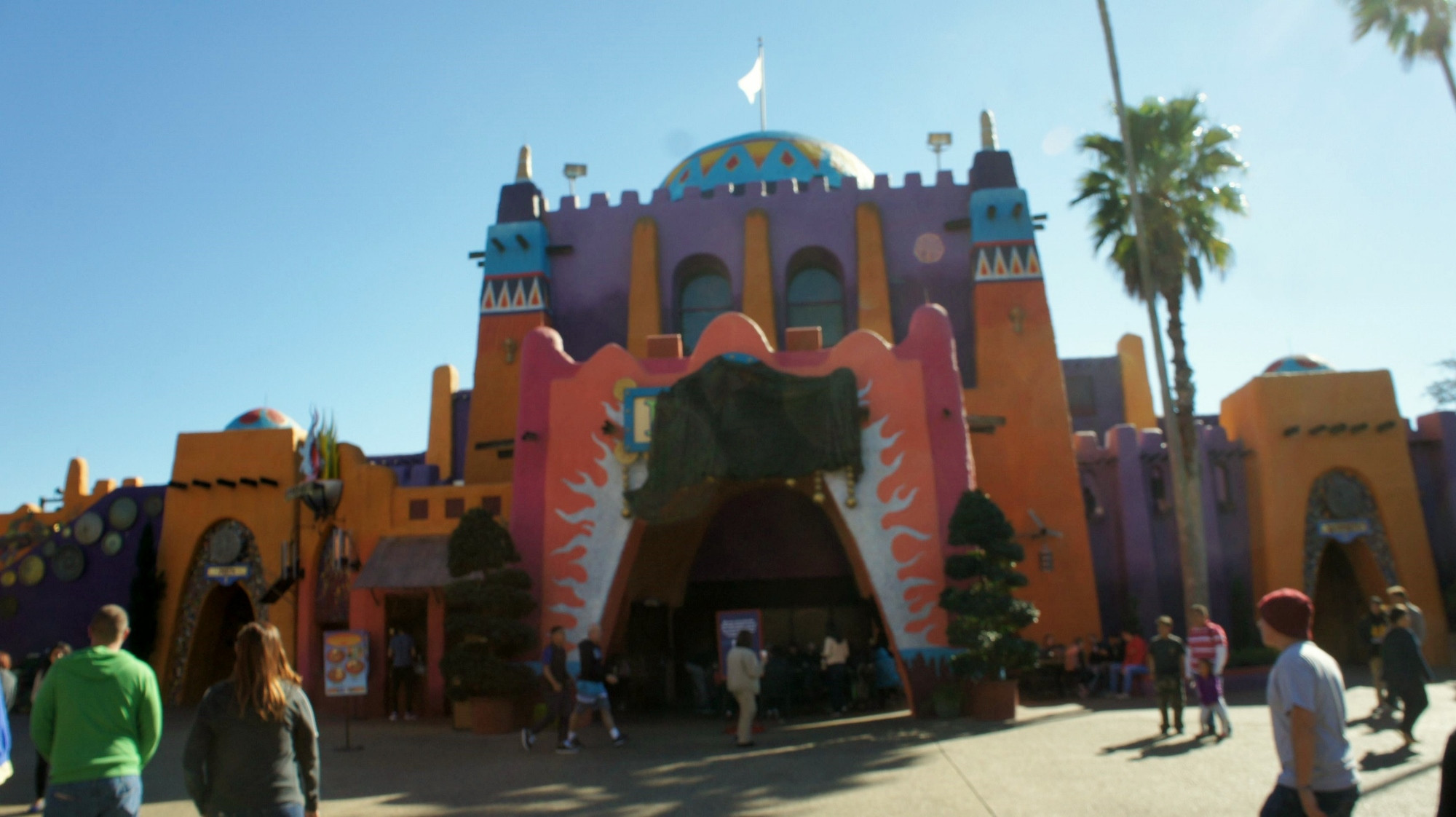 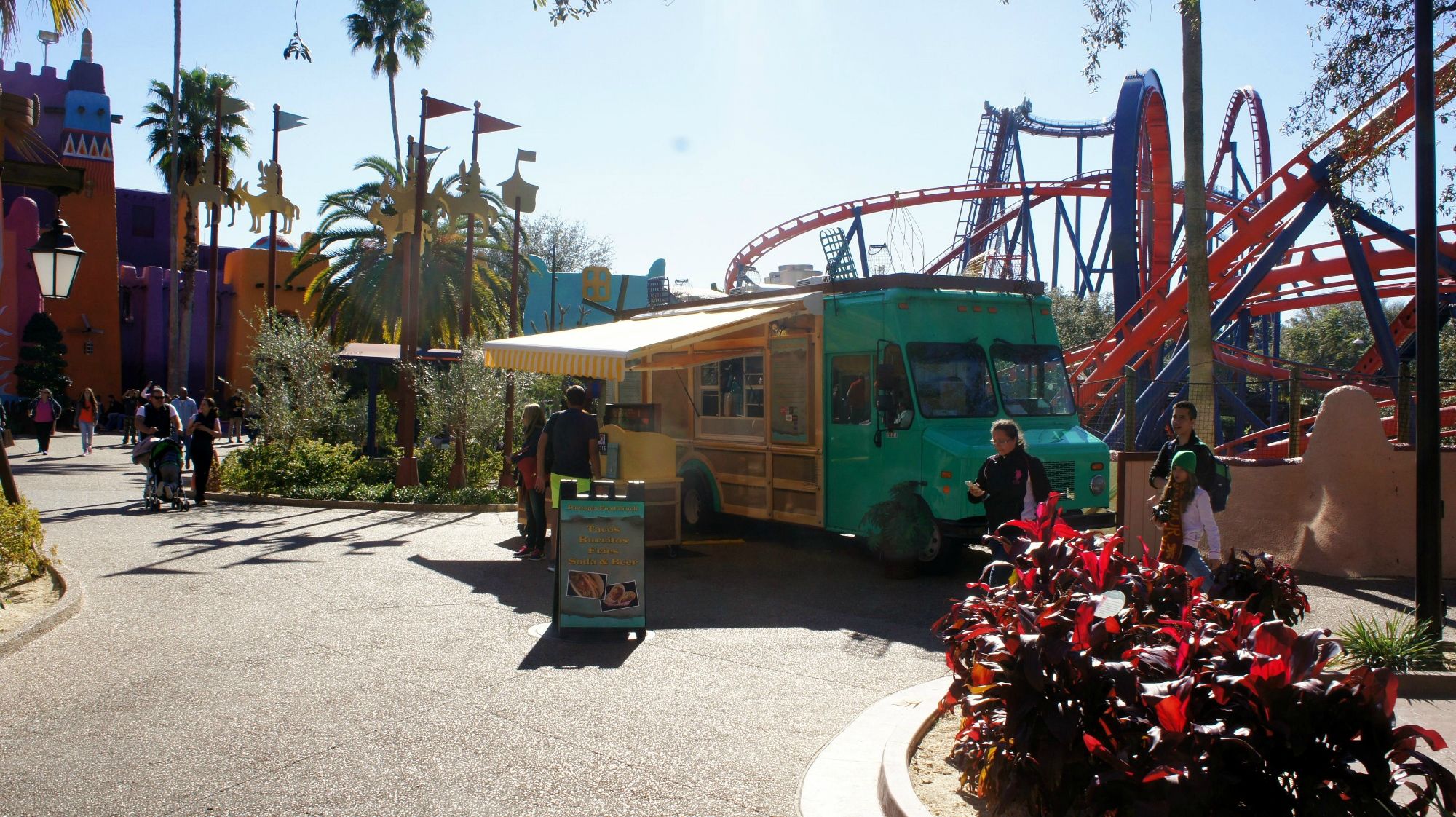 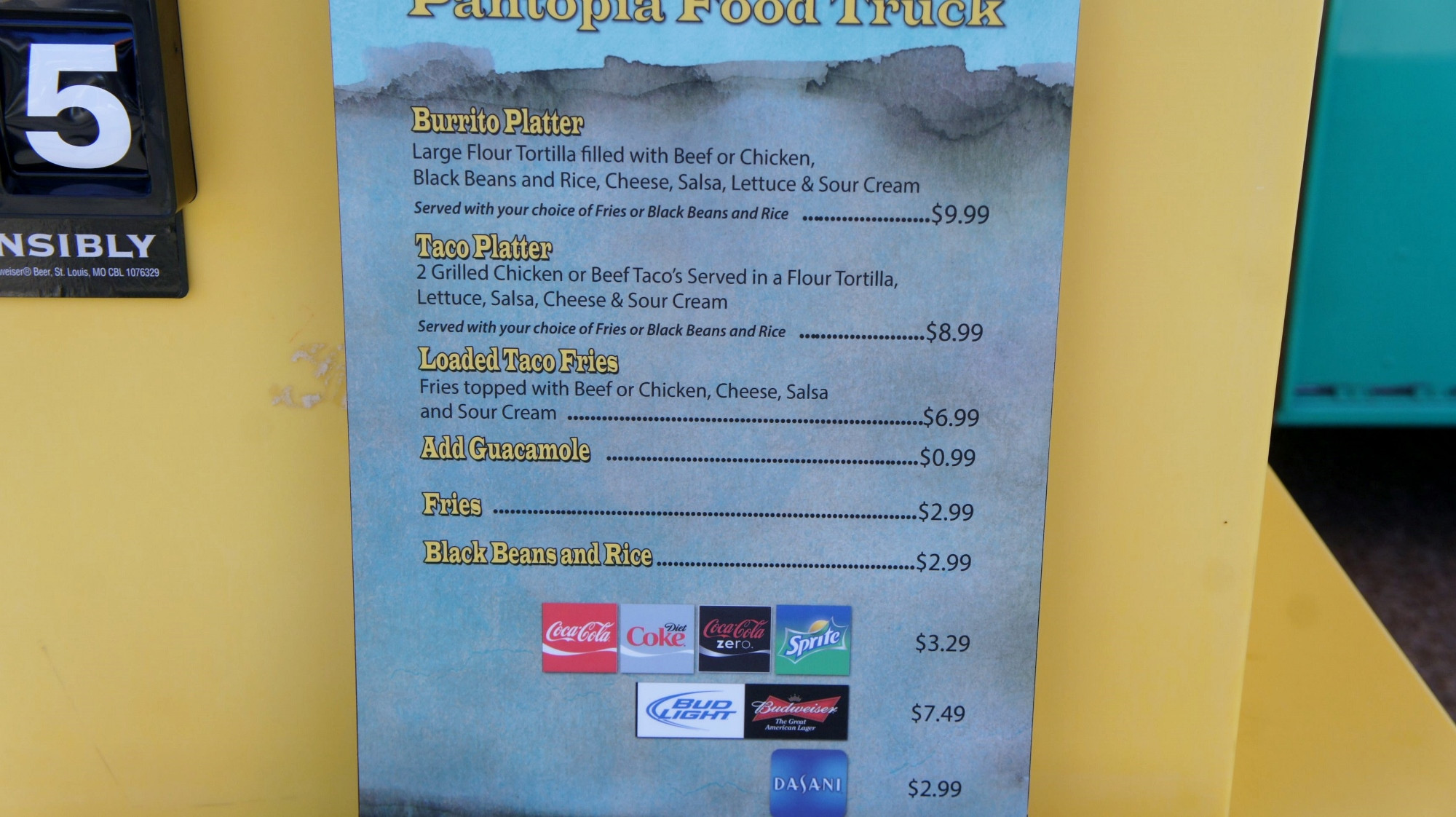 We also found that photographers are now taking your picture as you ride Falcon’s Fury, a fact that my husband was quick to try out. (Such a significant sacrifice for him to ride his favorite ride just so we could see how the picture came out, right?) Right now, you only get your photo taken if you sit in rows one, three, five, or seven, and it’s only a temporary test that they’re running, but they do come out great.

They take one picture as the seats tilt towards the ground, and then another just as it starts to drop, so you can choose which one you want. The pictures are $16.00 for one, or they’ll add it to your Photokey for you. I won’t be surprised if this becomes a permanent thing, as we saw everyone coming off the ride check out their photos, and hopefully you can eventually get your picture taken no matter what row you’re in. (Until then, though, if you ask to sit in one of the designated rows, the team members will make sure it happens without an issue.) 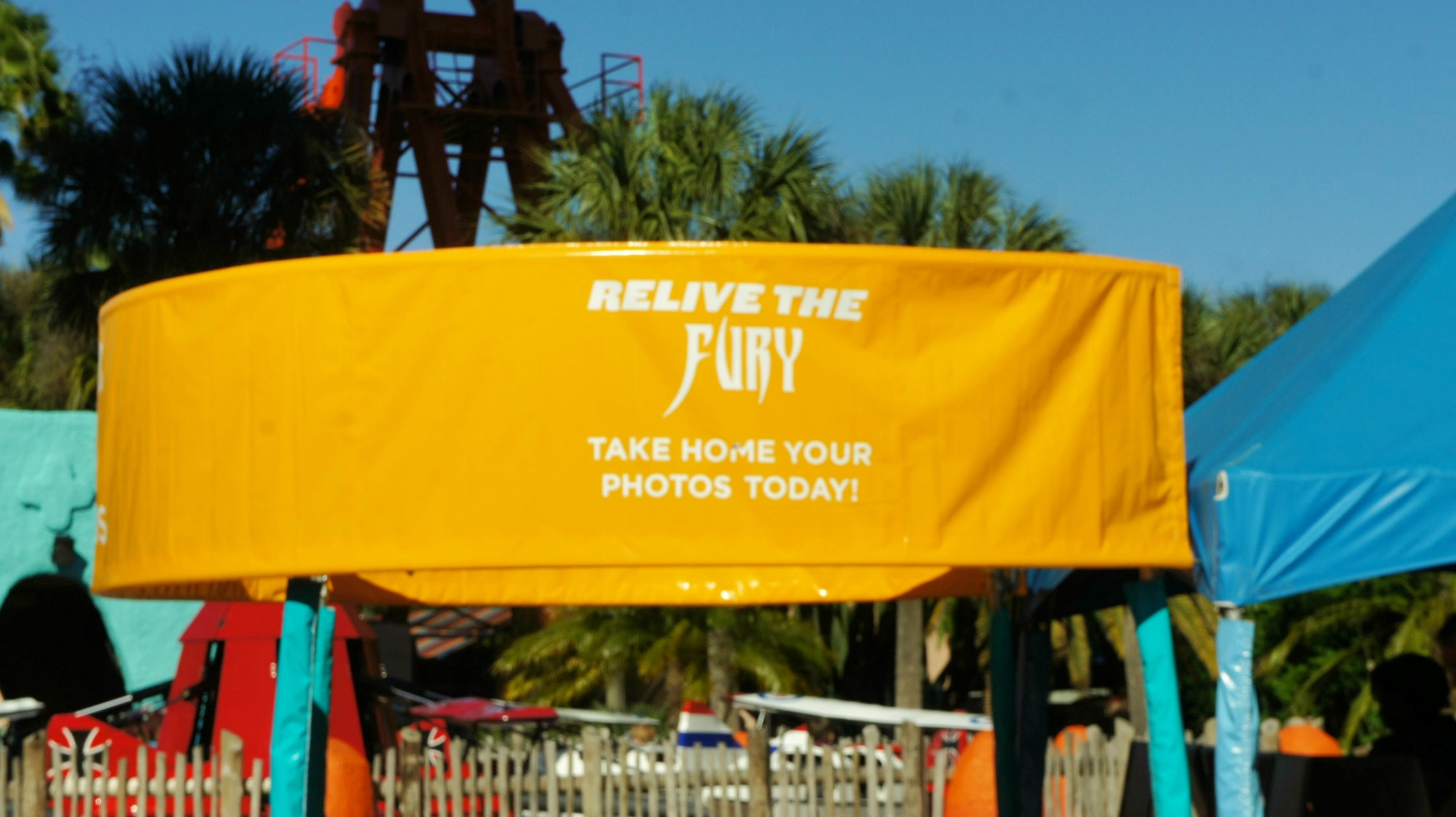 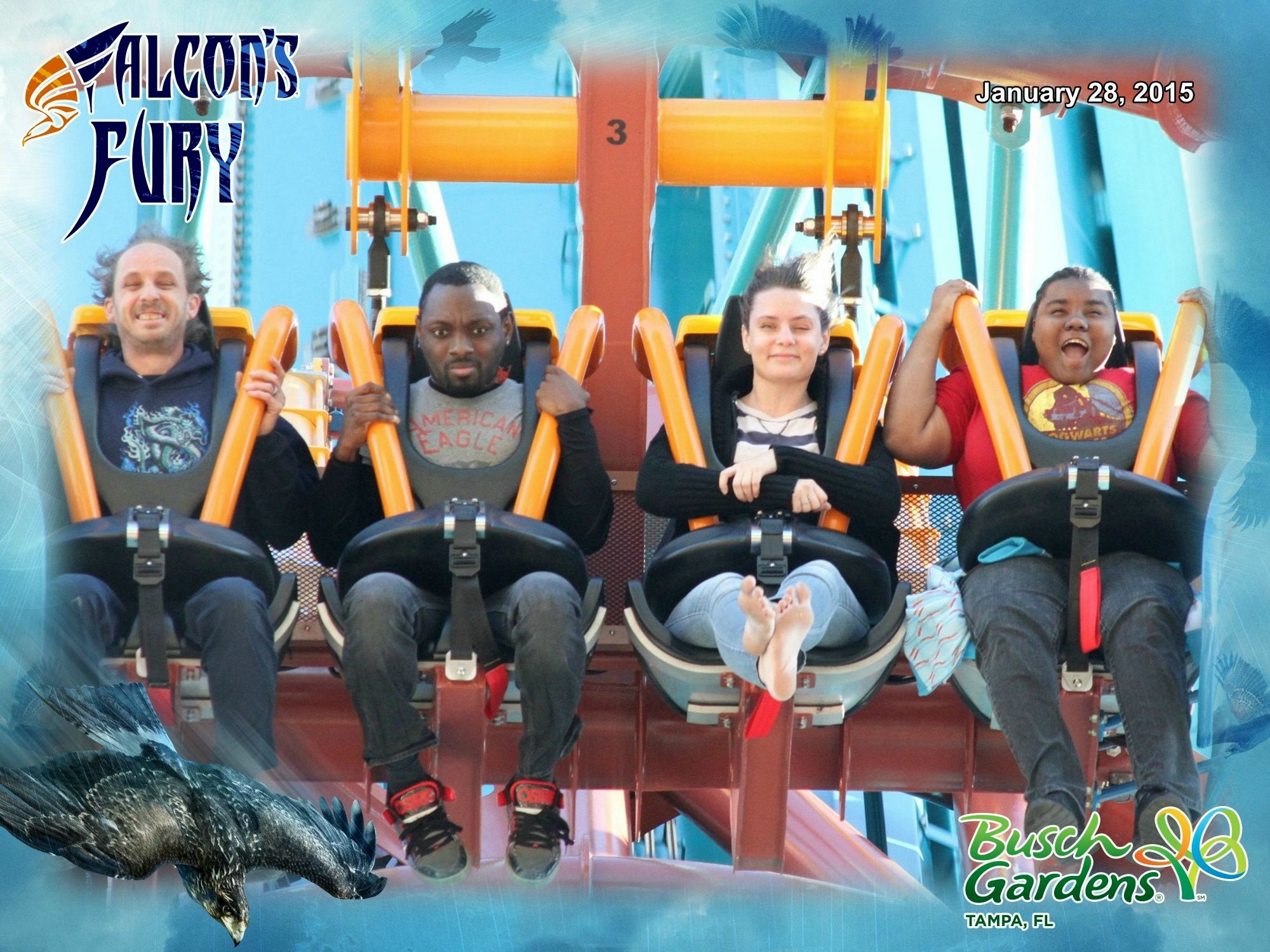 We left Pantopia and headed to see the gorillas – I was excited to see the new baby gorilla, named Enzi, as we haven’t been to the park since he has been born. While we couldn’t see him at all when we first got to the area, the trainer soon showed up and began to feed the gorillas, and mom and baby quickly emerged from the back. This little guy is so cute, but – man – is he hard to get a picture of since he’s so small! (I circled him in the photos below to help point him out).

With another gorilla (Mary) expecting a baby this spring, the gorilla exhibit is sure to be a crowded one this year. 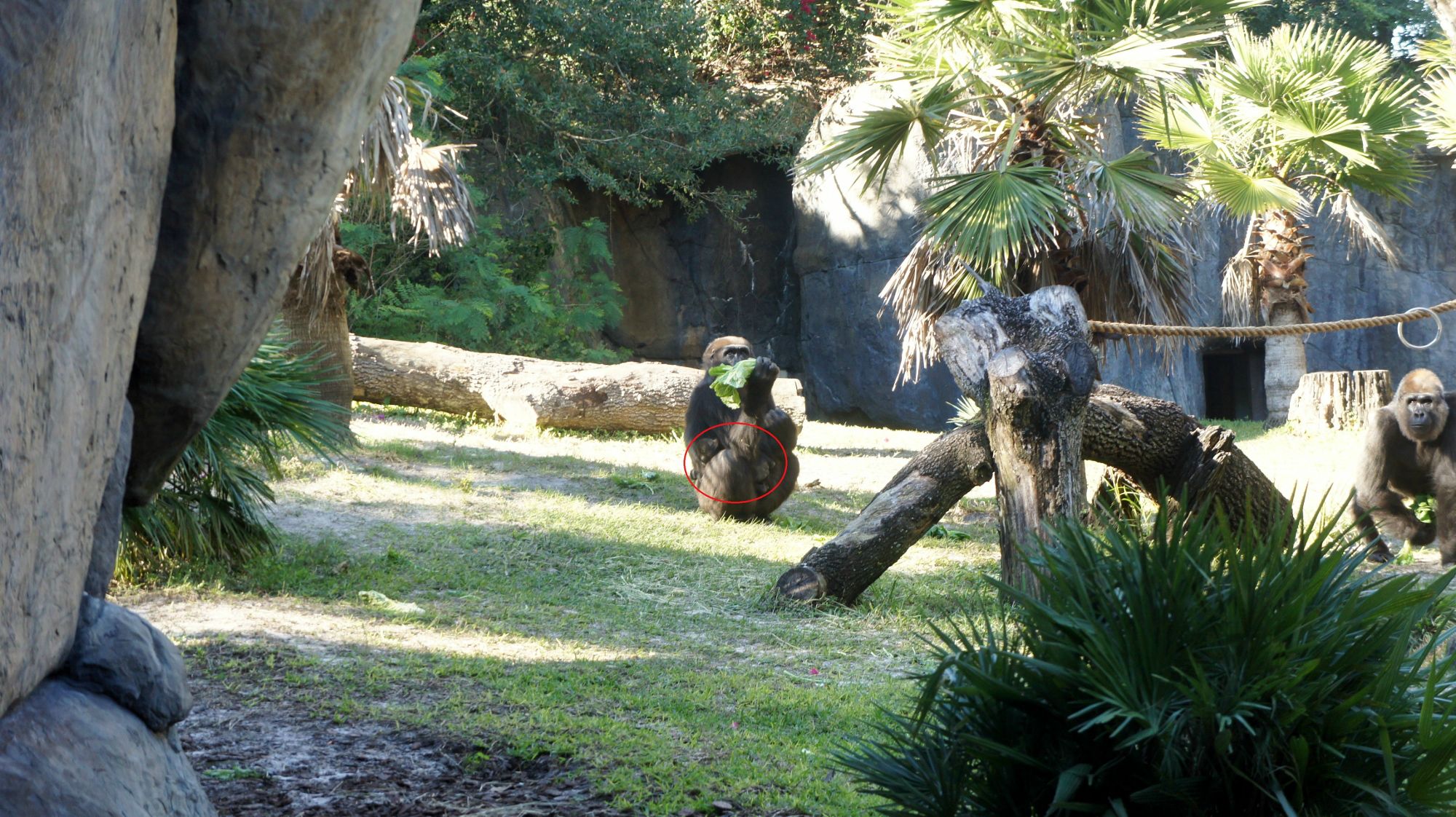 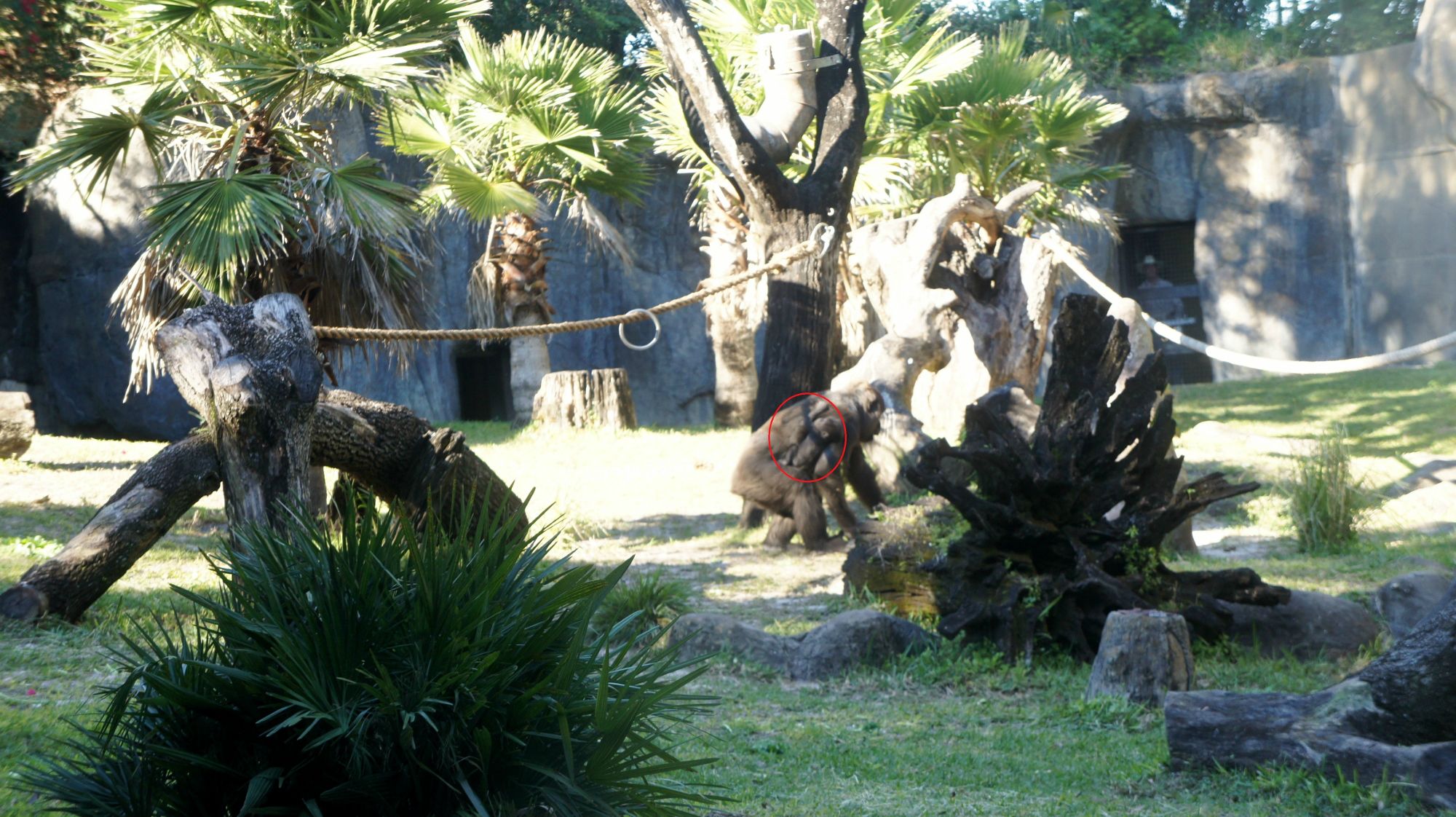 After a quick ride on Cheetah Hunt (only a five-minute wait!), we headed out of the park. While my husband is still upset over the loss of his corned beef sandwich, I just can’t wait to see the results of all these changes. This year will definitely be an exciting one at Busch Gardens Tampa!

Will this be the greatest year yet for Busch Gardens Tampa (especially since it’ll be such a quiet one for Universal Orlando), or is the park on a permanent downward slide? Share your thoughts in the comments below.

Is Universal building the best water park in the world?