Two sentence insider summary
The Universal Orlando Horror Make-Up Show is a local favorite! Just as much of a comedy routine as a behind-the-scenes look at horror effects, there is more here to entertain you than gross you out. 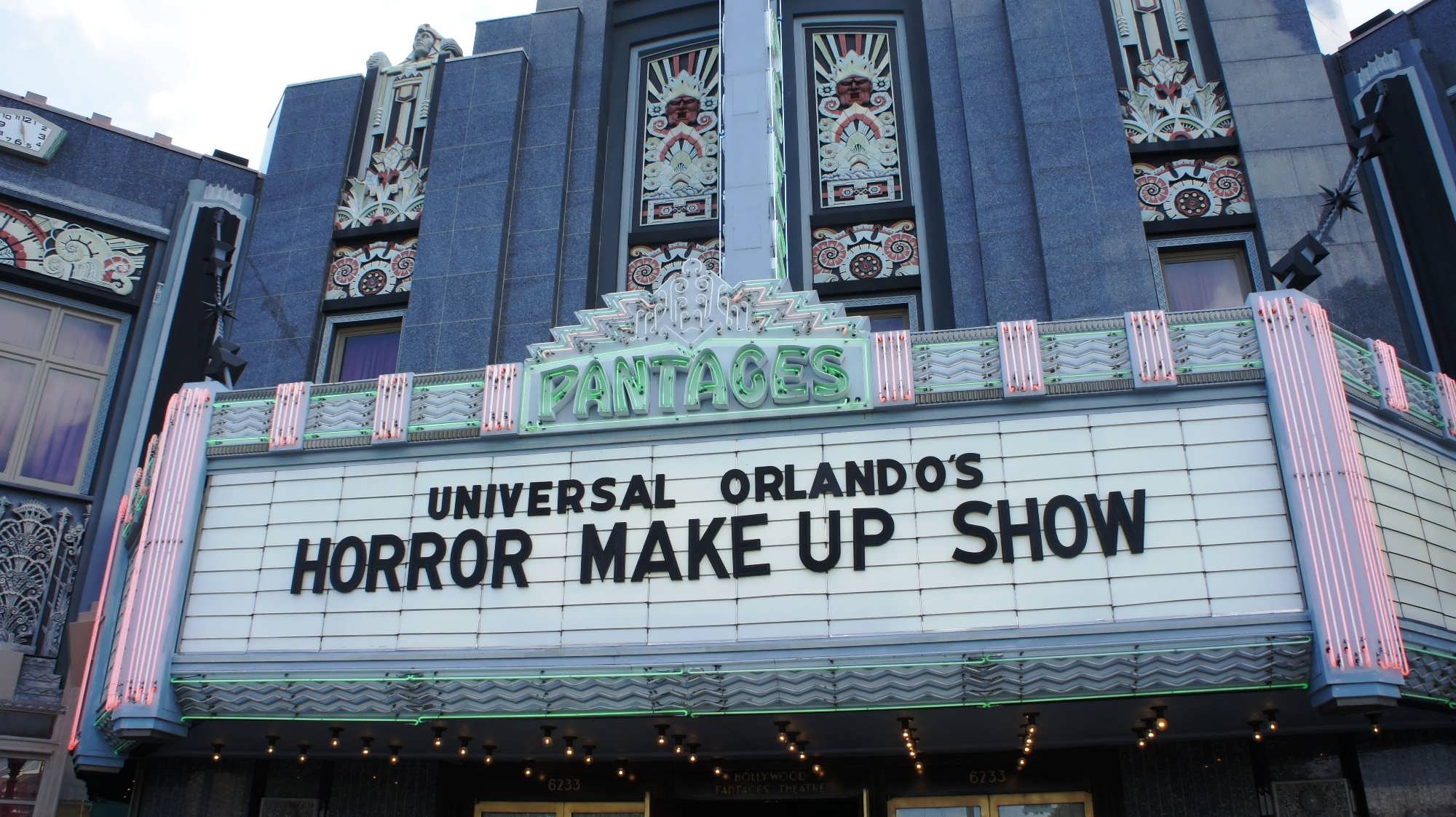 Showtimes and other information
First show is usually at 11:30am, and then they run about every hour from there. The theater is relatively small, so it is tough to get a bad seat. Also, don’t miss the cool photo spot kiddy-corner from the theater.

What's not to like? This show is great! Great actors and hilarious. I just wish it was longer. Beside's that, it's a definite must-see when visiting.

by Flemingo on Horror Make-Up Show
Not much demonstration
Date Of Last Visit: July 2016

We expected to see examples of horror make up, how it was done, etc., etc. What we got were clips from movies, a demo on how fake knives work (not really "make up"), an old carnival bit about a "controlled" monster that turns out to be a human in a monster suit, no exhibits, but most of all it's an attempt at a comedy routine that falls flat and borrows from other routines. The good news is, you can sit down in the cool for awhile!

by Michelle harris on Horror Make-Up Show
Not a scary show
Date Of Last Visit: 06/2010

horror-make-up-show: after my daughter was scared to death at terminator she was afraid of this show. We talked her onto it and by the end she was laughing her head off. There is a lot of good info on how the makeup and masks are made.

My girlfriend is a huge fan of hooror movies. Me, not so much. But I figured..what the heck! We can check out this makeup show and enjoy the air conditioning for a bit. I surprisingly really enjoyed it! The host was very personable, fun and funny. My one critique would be to say that the "demonstrations" were few and far between. It ended up, in my opinion, being more of a comedy show and less of an informative demonstration. As I recall, too many video clips of makeup artists at work. I'd have found it to be more interesting to actually see the host show us how things were done a bit more. The audience participation was fun and there was one surprise towards the end that made me jump out of my chair. An enjoyable experience, but less videos and more demos would enhance it for sure.

In general, my family are not fans of theme park shows. The Horror Make-UP Show is the exception & was our absolute favorite part of the day we spent at Universal. Very funny & entertaining...it is easily overlooked, but make it a MUST SEE!!!!