Style
Quick-service counter serving seafood with tots on the side.

Two sentence insider summary
This counter is perfect for guests in the mood for fried fast food but one something other than burger. True, The Frying Dutchman has a menu that will please anyone married to the sea (or even those just having a fling with one of the Great Lakes). 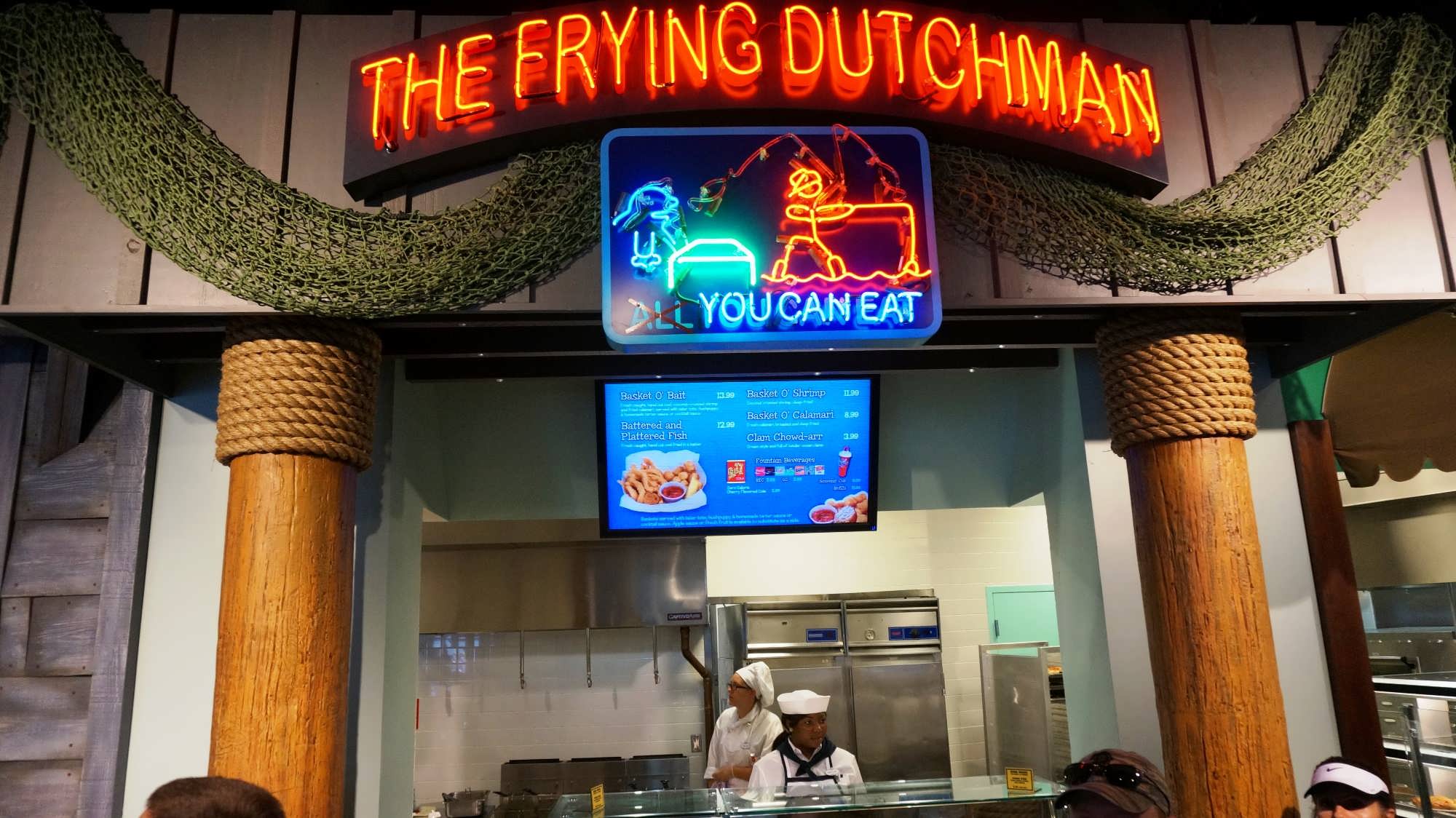 The Frying Dutchman at The Simpsons Fast Food Blvd.

OI fun fact
The Frying Dutchman is owned by “Sea Captain” Horatio McAllister and promises “all you can eat” dining. In one episode of the TV series, after being served by the Sea Captain, Homer eats an excessive amount of food and is escorted out. He sues the restaurant for deceptive advertisement. Lionel Hutz is employed by him to represent him in court, and the Sea Captain and Homer eventually agree that Homer shall be displayed in the restaurant as “Bottomless Pete: Nature’s Cruelest Mistake”. (Thanks Wikipedia.)

More stuff you oughtta know
All the food counters at Fast Food Blvd serve the standard selection of soda drinks and The Simpsons exclusive Buzz Cola (a zero calorie cherry soda product), and they participate in Universal’s souvenir cup refill program. Likewise, Universal Dining Plan credits can be used here. However, please note that there are no Coke Freestyle stations in the building. 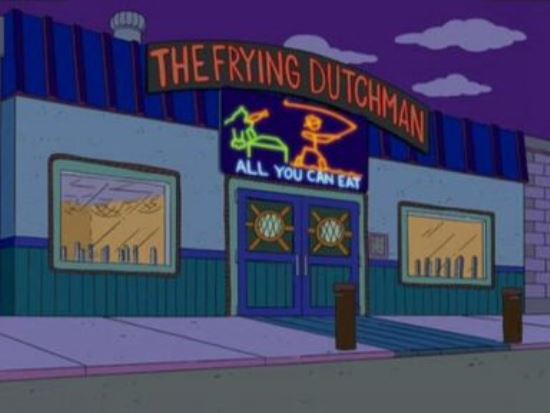 The Frying Dutchman as seen on The Simpsons TV series. Source