Two sentence insider summary
You’ll find this comical quick-service cafe sitting just in front of the infamous Dudley Do-Right’s Ripsaw Falls. When you aren’t reading one of the many larger-than-life comic strips printed on the walls, you’ll have a choice of entrees with an international twist. 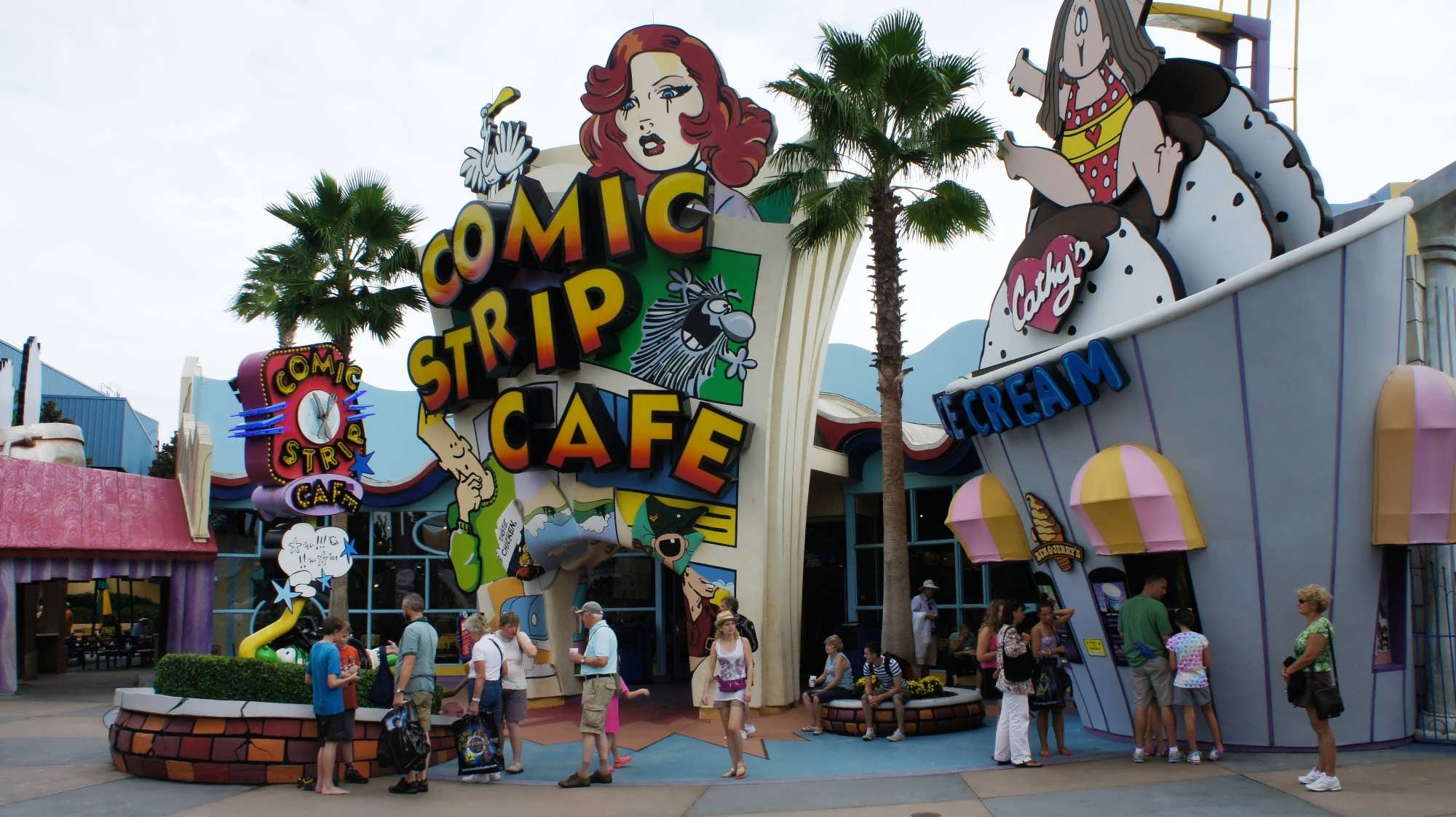 Universal Mobile Order
Guests can now place their orders at Comic Strip Cafe on their smart phones, using the Universal Orlando app. You can read all about the ins and outs of the process in our write-up.

Prices
Entrees are between $7 and 9 if paying a la carte.

I visited here for lunch and was expecting mediocre, overly salty food. I got what I expected. The Caesar salad was over dressed but tasty. The pasta and garlic bread was very salty and the pasta was mushy. I understand cooking pasta for the masses is difficult but it was overly mushy. The garlic bread was good though.

Nothing special from this place.

We ate there twice, once each time we visited Orlando. The first time, I was overwhelmed with the variety of food offered so I ordered a cheeseburger. The second time, we both ordered sweet and sour chicken with jello for dessert. Both visits were surprisingly yummy. I'm impressed.

The comic strip atmosphere in this place gets and A, but the food is theme park food. I was trying to decide what to get and the cashier suggested the combo which was a burger, fries and apple pie. I thought it included a drink but was wrong. The burger and fries were ok, but the apple pie was cold and the crust was like wet cardboard. Wish I would have ordered the burger then splurged on dessert in another location.

I just love getting to dine at The Comic Strip Cafe at Universal Orlando's Islands of Adventure. From the moment you step in you can just feel 'the fun', there is such a light and fun environment inside and the amount of food options is just top notch; Pizza, Fish, Pasta, Salad, Chinese, Italian, American and MORE! From the wonderful playful soundtrack, to the great view of Toon Lagoon, Comic Strip Cafe is a great place to chill for a few and grab some grub.

This was a great place to relax / cool off / spread out with the kids. There was something for everyone....normal kid fare, but the fish and chips were REALLY good.