Two-sentence insider summary
Cafe La Bamba offers guests a quick-service option that is richer in appearance and more savory in taste than Universal’s other counter-service restaurants. Designed to be part of the USF “Hollywood Hotel” facade (a famous Hollywood landmark demolished in the 1950s), the venue was unused for many years; finally, in the summer of 2012, it became home to Universal’s Superstar Breakfast, and in December 2012 it resumed lunch service on a seasonal basis – until now, that is. 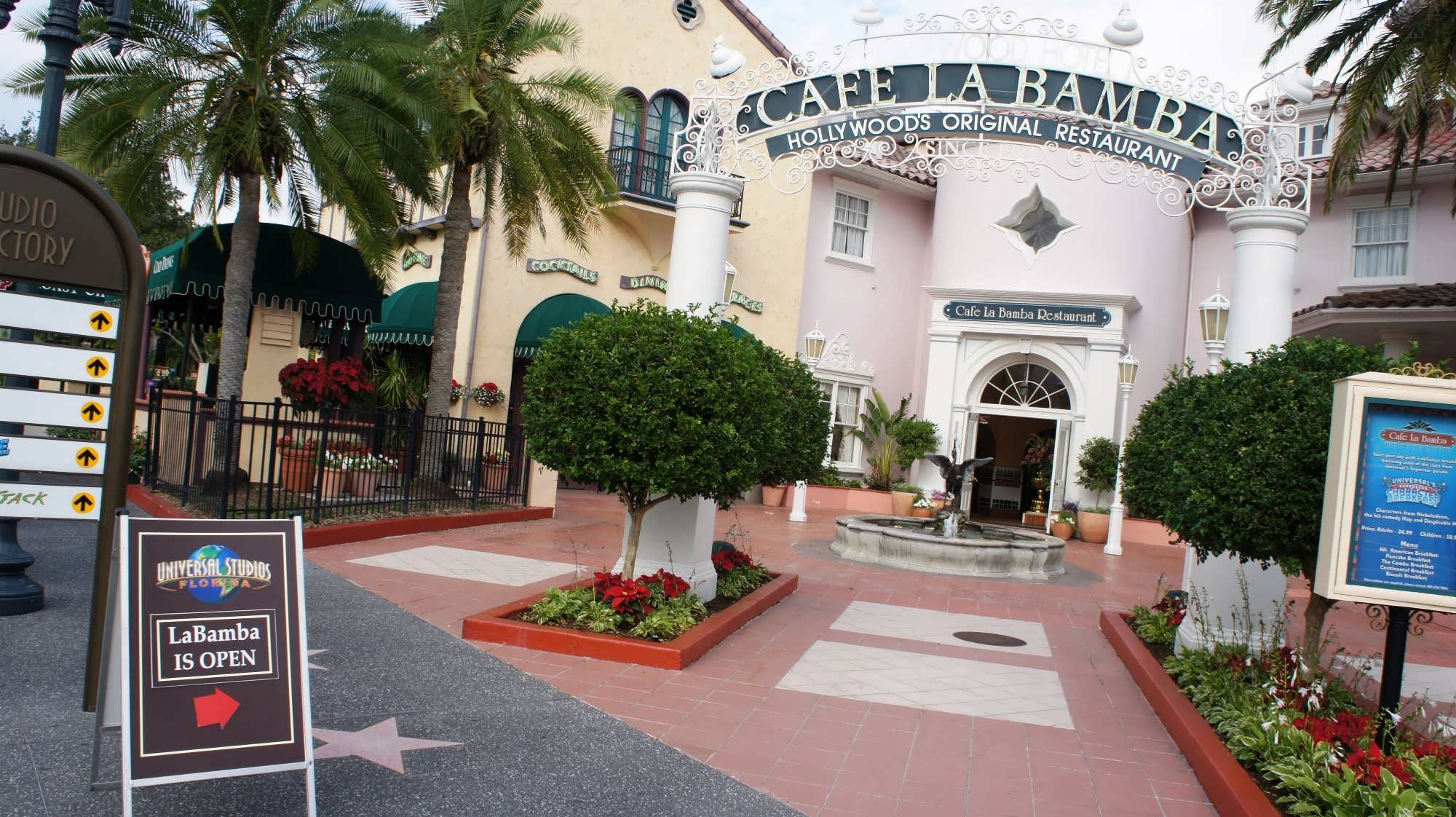 Schedule alert
Breakfast: Cafe La Bamba has been open for breakfast as part of Universal’s character dining experience — the Superstar Breakfast — since the beginning of 2012. For now it appears that this event will continue on through 2015 and 2016. Please be aware that reservations are recommended for this event, as times and seating are limited. You can learn more on our USF in-park dining experiences page.

Lunch: In early December 2012, Cafe La Bamba opened for lunch, marking the first time the venue was open to the general public for quick-service dining in many years. However, once the holidays were over, its lunch service was closed down. Going forward, this eatery is expected to be opened seasonally.

A little history
“The La Bamba was an early landmark hotel in Hollywood California. In the 1930’s it was a trendy and exotic destination for locals as well as tourists. The architecture of many of the Hollywood hotels, restaurants and nightclubs tended to be on the exotic side.

Many of the movie industries’ art directors, of the time, began their careers as Architects. And, as a result, there were many examples of both commercial and residential buildings that were influenced by popular movies. The original La Bamba Hotel was an example of this influence. The design of the hotel’s interior was influences by Spanish and Moroccan architecture.

The restaurant at the hotel was named Cafe La Bamba. And, on their menu, they claimed to be Hollywood’s original restaurant. Raleigh Design was selected to create an interior reminiscent of the hotel as well as influenced by the 1942 movie Casablanca.” raleighdesign.com