The Wizarding World of Harry Potter – Diagon Alley is nothing short of a game-changer, a theme park land that comes the closest to full immersion that has yet to be seen on the world stage (well, okay, fine – maybe Tokyo DisneySea just barely edges it out. Maybe). From its all-encompassing, three-story buildings to its eclectic assortment of foods and merchandise to its theme-park-connecting Hogwarts Express, Diagon will long be remembered as the opening chapter of the modern book on the themed entertainment industry.

But there’s the very real possibility that it could be eclipsed just three years after its grand debut. Pandora: The World of Avatar, a theme park land currently being built at Disney’s Animal Kingdom, has been under development for he past four years, meaning that it has been conceived, designed, and, now, constructed in the shadow of Universal’s twin Wizarding Worlds. When coupled with Disney’s deep pockets – the price tag has already reached $500 million (just to put that in perspective, that’s roughly double the budget of Hogsmeade), and it’s extremely likely that it’ll be much higher once everything’s said and done – the potential is there for Avatar Land to take the crown for both immersion and inventiveness, once again restoring Disney to its former position of glory as the undisputed leader of theming.

Let’s take this one step at a time and consider all the implications, shall we?

While there was no direction mention or sneak peek of Pandora’s trio of attractions (including its headliner, the Soarin’-esque Banshee flight simulator]), there was plenty of other glimpses of other elements: trees, background vistas, and various props. Before the Harry Potter revolution, these would have been considered incidental materials, at best; now, they’re widely regarded as the very lifeblood of a themed area, the magical minutiae that transform every square inch into a living, breathing, thriving world.

Some of these “reveals,” of course, were actually more revealing than others – the concept art of the floating mountains dominating the landscape, for example, was extremely revealing, as their announced inclusion in the project left many observers scratching their heads over how Disney would be able to pull off such an optical illusion (the answer: the vines that interconnect the hovering range will act as the support that [literally] strings everything together). 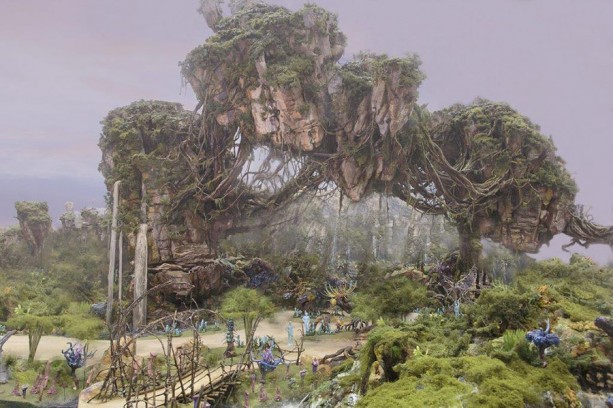 The sheer preponderance of vegetation may be far less revealing, but it certainly is much more telling. Not only will such foliage result in the thematic isolation that the London waterfront affords Diagon Alley with, it will also be the single most effective element in making guests feel as if they are truly setting foot on an alien planet. The diversity and the complexity of the plant life is nothing short of astounding – and that’s not even taking into consideration the long-rumored interactive lighted walkway that has just been officially confirmed.

Indeed, it is the nighttime segments that are the most exciting and the potentially most revolutionary. The video is rife with glowing-in-the-dark items, from flora and fauna to the pathway, and, taken together, they look to be every bit as enchanting and as exotic as the 2009 film. Even more importantly, however, should Disney truly be pursuing a whole host of experiences that will only be available after sunset, the company has struck upon a completely new business model. Many guests already claim that the Wizarding Worlds emanate an entirely different magic at night, but that’s mostly thanks to interior illumination spilling out onto cobble streets – not a literal transformation to a wholly different ecosystem that envelopes guests. 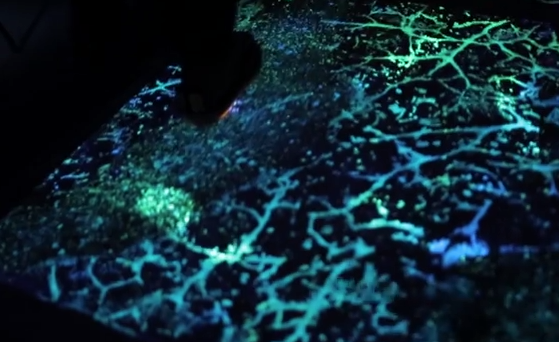 There is, obviously, no guarantee that what Disney has just shown us is actually meant to create a whole different theme park land during the evenings; most, if not all, of the bioluminescent lifeforms could well be utilized for an indoor, attraction-enhancing purpose, whether that be for a queue or a ride experience itself, and although their inclusion would still be exquisite, it would, sadly, be several orders of magnitude less groundbreaking than having them be used for outdoor, interstitial theming.

(We shouldn’t worry too much on this front, actually; Disney has already announced that it’s planning a whole host of new Animal Kingdom nighttime experiences beyond Pandora, and some of these include lighted elements that are not too dissimilar from what will be going into Jim Cameron’s expansion.)

The death blow?
Floating mountain ranges above, interactive pathways below, and set dressing that changes with the time of the day all around – these are more than enough to potentially give Hogsmeade and Diagon Alley a run for their money, if not constitute a decisive knock-out blow. (There’s still the question of the attractions themselves, and whether they’ll be able to be as technologically inventive and sensory-bending as the twin Harry Potter headliners, Forbidden Journey and Escape from Gringotts, which could end up swaying the final outcome one way or the other.) If so, the question naturally becomes what then? 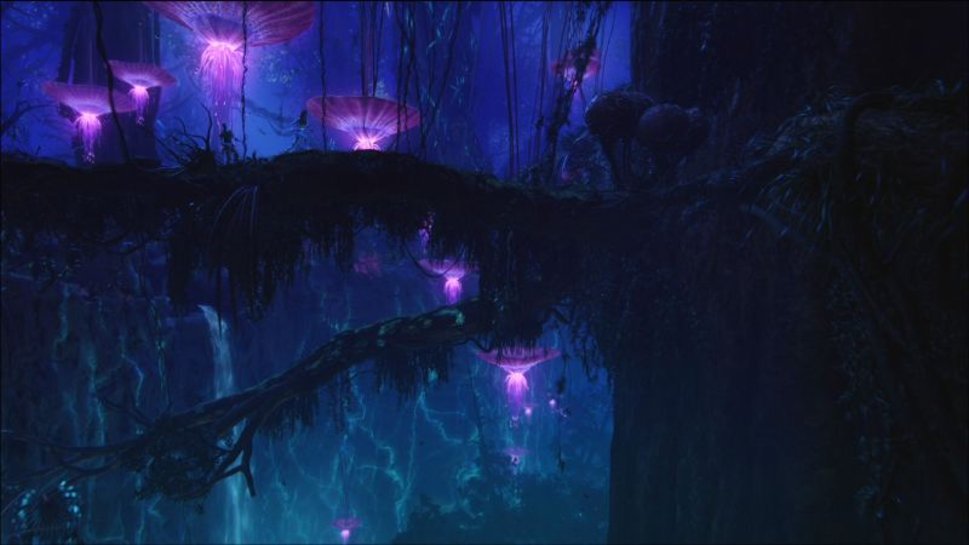 The answer is perhaps surprising: not much. Disney will still be heads and shoulders above Universal – or any other global player, for that matter – in terms of attendance, specifically, or the bottom line, generally. Universal, meanwhile, will still be chugging along on several immediate fronts simultaneously, from its new wave of on-site hotels to its water park to other brand-new, cutting-edge attractions, such as Skull Island – all of which look to continue pushing boundaries (and their competition’s buttons, to boot).

If anything, should Pandora: The World of Avatar be either commercially or creatively dominant, raking Universal Orlando over the coals for the next few years, it’s more Universal’s mid- or long-term projects that will more than likely be getting a giant jolt. Word has already spread that Disney’s executives have crawled over every nook and cranny of Diagon Alley and walked away demanding more money from their board of directors and better work from their Imagineers for the likes of the still-on-the-drawing-board Star Wars Land – perhaps Avatar Land will end up having the same effect for Universal Creative on its upcoming third Wizarding World, the Ministry of Magic, creating a giant feedback loop of epic proportions.

Indeed, maybe Pandora’s utter dominance would end up being the best possible outcome for Universal – and theme park enthusiasts the world over – after all.

Special thanks to OI superfan kirbyo0000.

And be sure to leave your thoughts on Avatar’s chances of besting the Wizarding World below.