Why the Wizarding World is the most magical place on Earth

I grew up with Harry Potter. I don’t mean this in the sense that J.K. Rowling’s best-selling book series was a big part of my childhood (even though it was!). What I mean is that I literally grew up right alongside Harry’s character. I read the first book, Harry Potter and the Sorcerer’s Stone, when I was 11. Harry and his friends were that same age in book one, and the seventh book came out when I was 18. Seven years of my childhood and adolescence were devoted to reading the series. Coincidentally enough, seven years was the same amount of time the series took place over. Each year in Harry’s life as a wizard was a year in my life as a girl, and the one thing I always felt I had in common with Harry Potter was the magical world Rowling so beautifully set up in her literature. 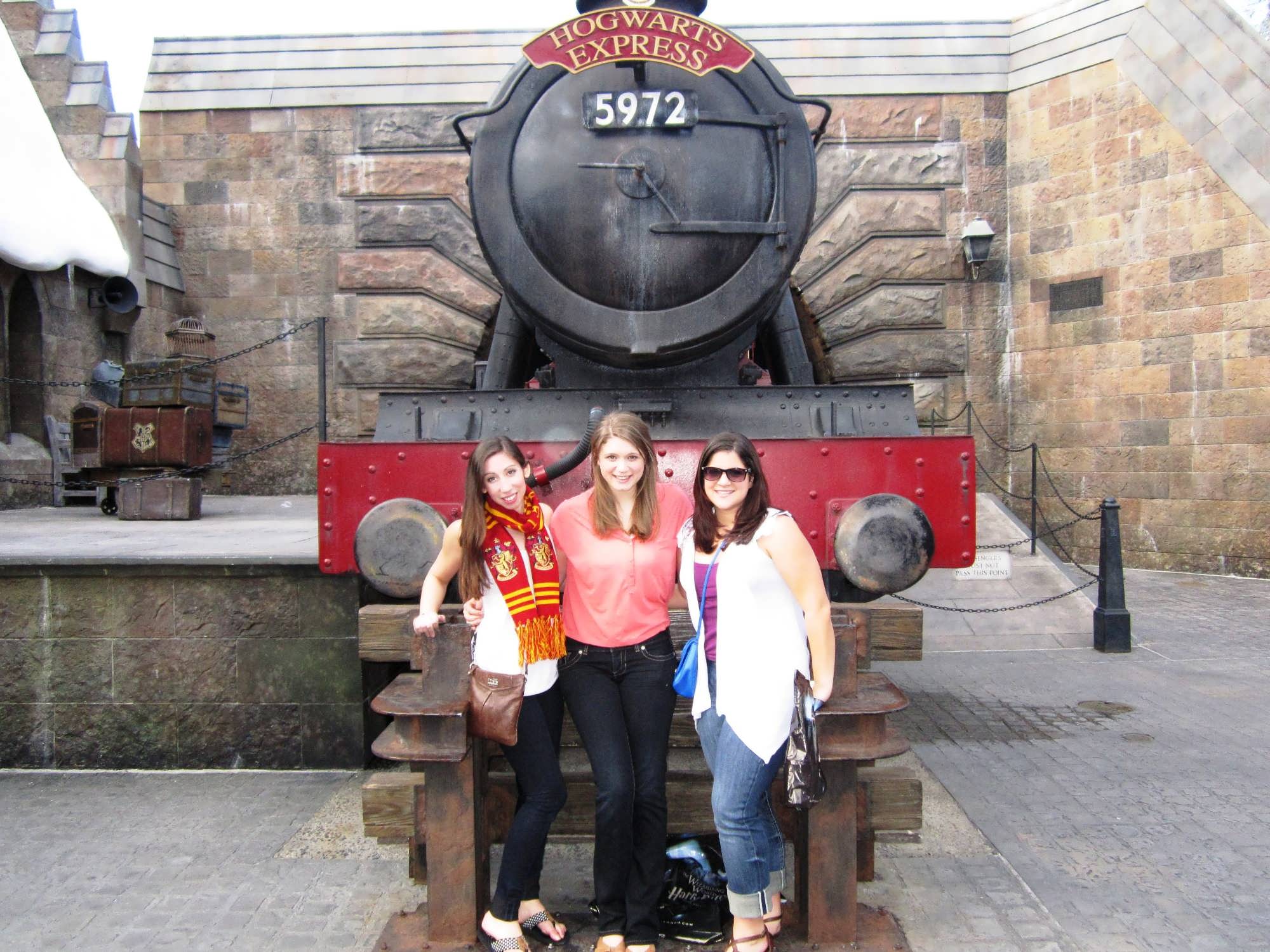 I’ve read all seven books numerous times over the past 13 years and I never fail to be transported to that other place. I know you know that place. It’s the one kids have no problem going to whenever they want. It’s the world of “let’s pretend.” I’m not sure when we reach the age where “let’s pretend” is no longer a socially acceptable game for us to play, but there are days when I miss it. This is where the Wizarding World of Harry Potter comes so wonderfully into play.

My first visit to Harry Potter world was in July of 2011. The place was crowded, but my friend, Tyla, and I were there early, and long lines had nothing on our excitement. A lot of people describe the park as though you’re walking onto a movie set. To me, I felt like I was walking right into the pages of Rowling’s books. It is one thing to see your imagination re-created onscreen; it is quite another to go strolling right into it. It’s a transcendent place that draws you right back into that world of “let’s pretend” that we often have to leave behind when we “grow up.” 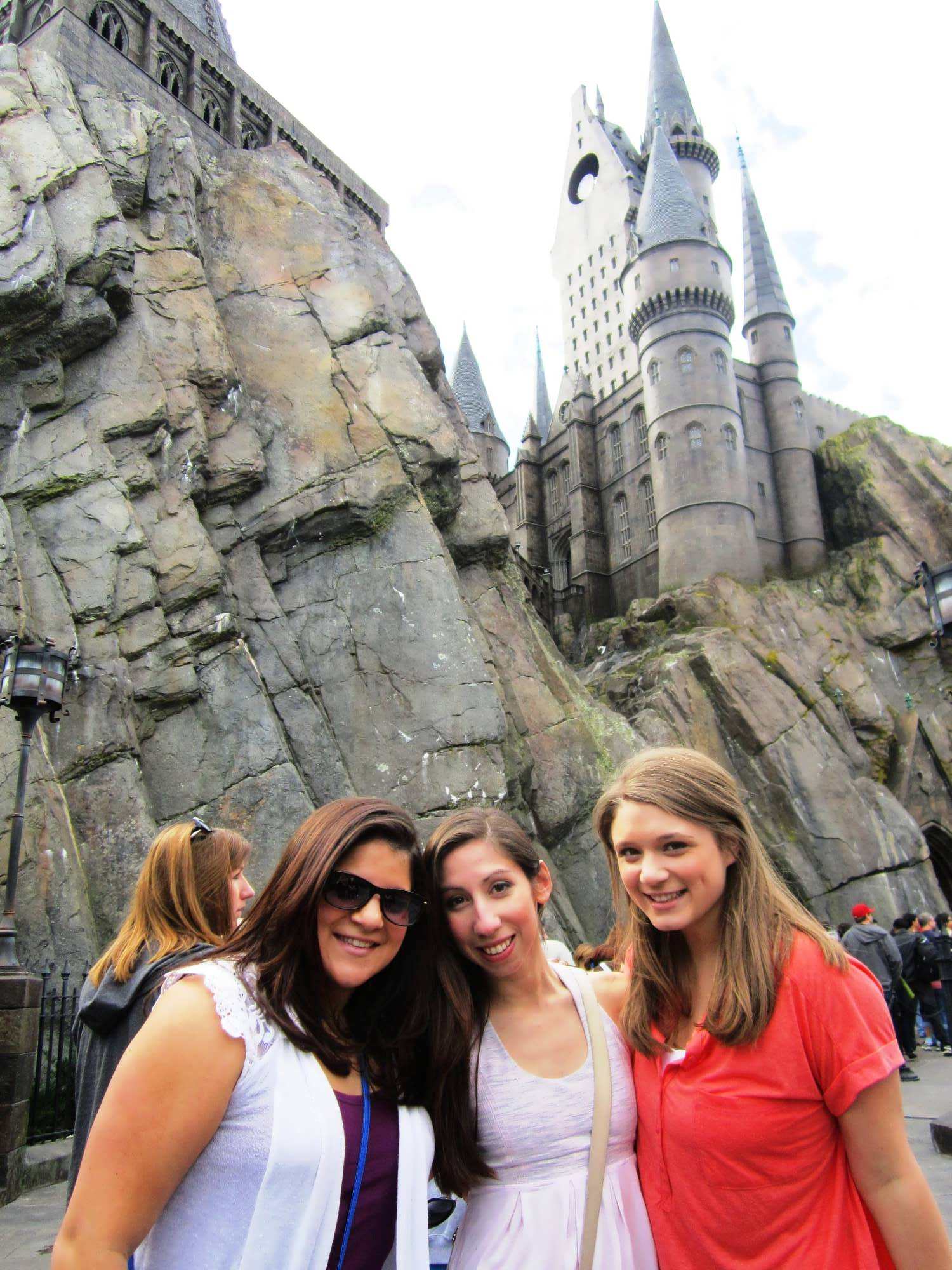 Our first stop was, of course, Harry Potter and the Forbidden Journey, where waiting in line is as much of an attraction as the actual ride itself. I felt like I was really in Hogwarts School and couldn’t help gasping and pointing at every little thing there was to see. Coming out of the castle after the simulated ride was another surreal moment for me. I looked down the hill and saw all the shops and streets of Hogsmeade and the lanes full of people. I closed my eyes and thought to myself: “let’s pretend for a minute.” When I opened my eyes again there I was in the English countryside just coming out of a potions lesson and getting ready for a weekend with my friends in Hogsmeade. What a great feeling that was, having my imagination come to life before my eyes.

Tyla and I spent so many hours in the Wizarding World of Harry Potter that we barely left ourselves time to ride some of the other main attractions at Islands of Adventure before the park closed for the night. We didn’t care, though. The day was far better than I thought it would be and I thought it was going to be pretty awesome to start with. I’ve been back to the park various times since my first visit. Each time I’ve been with different people and each time I find myself experiencing the same awe and joy. 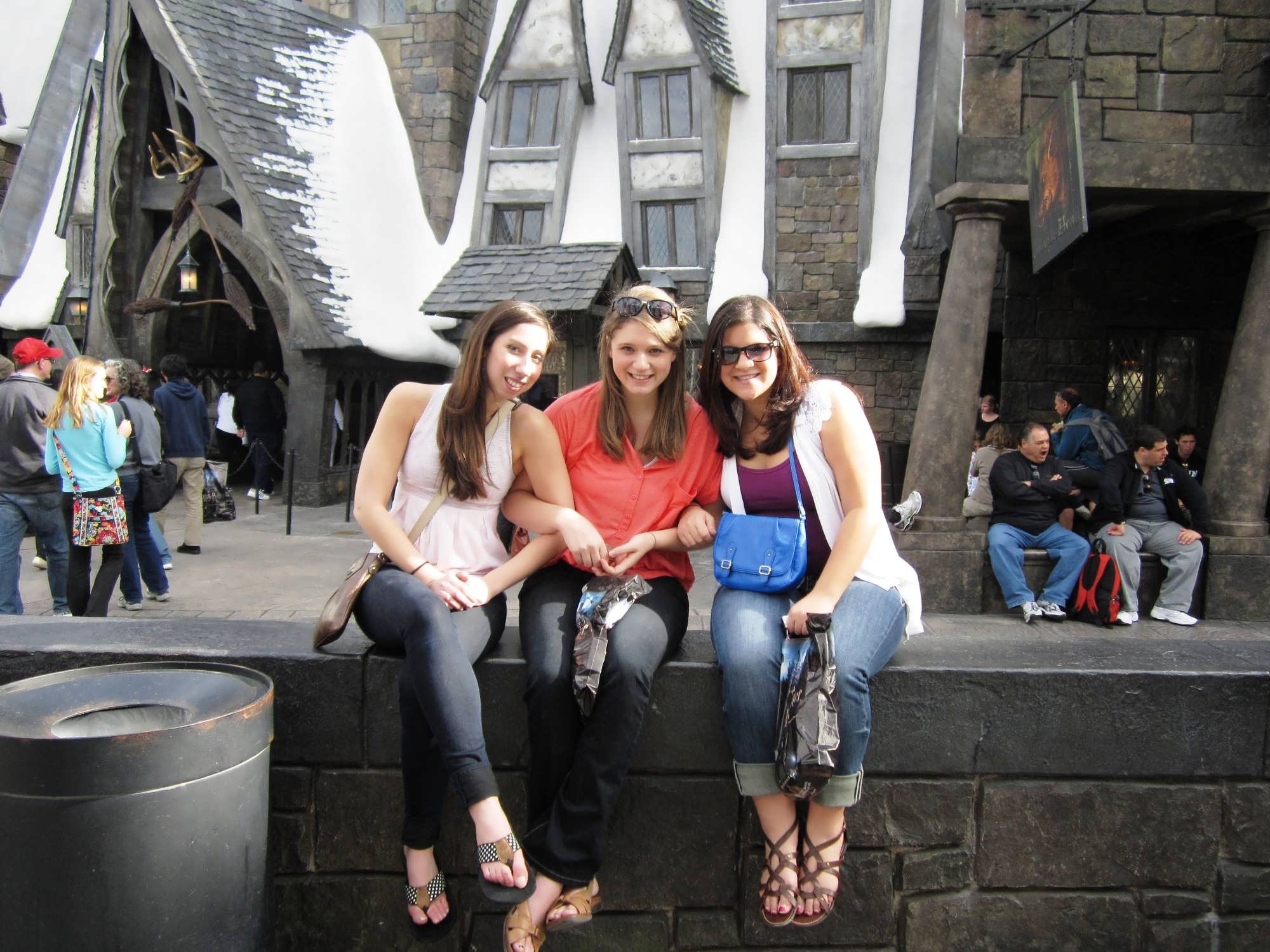 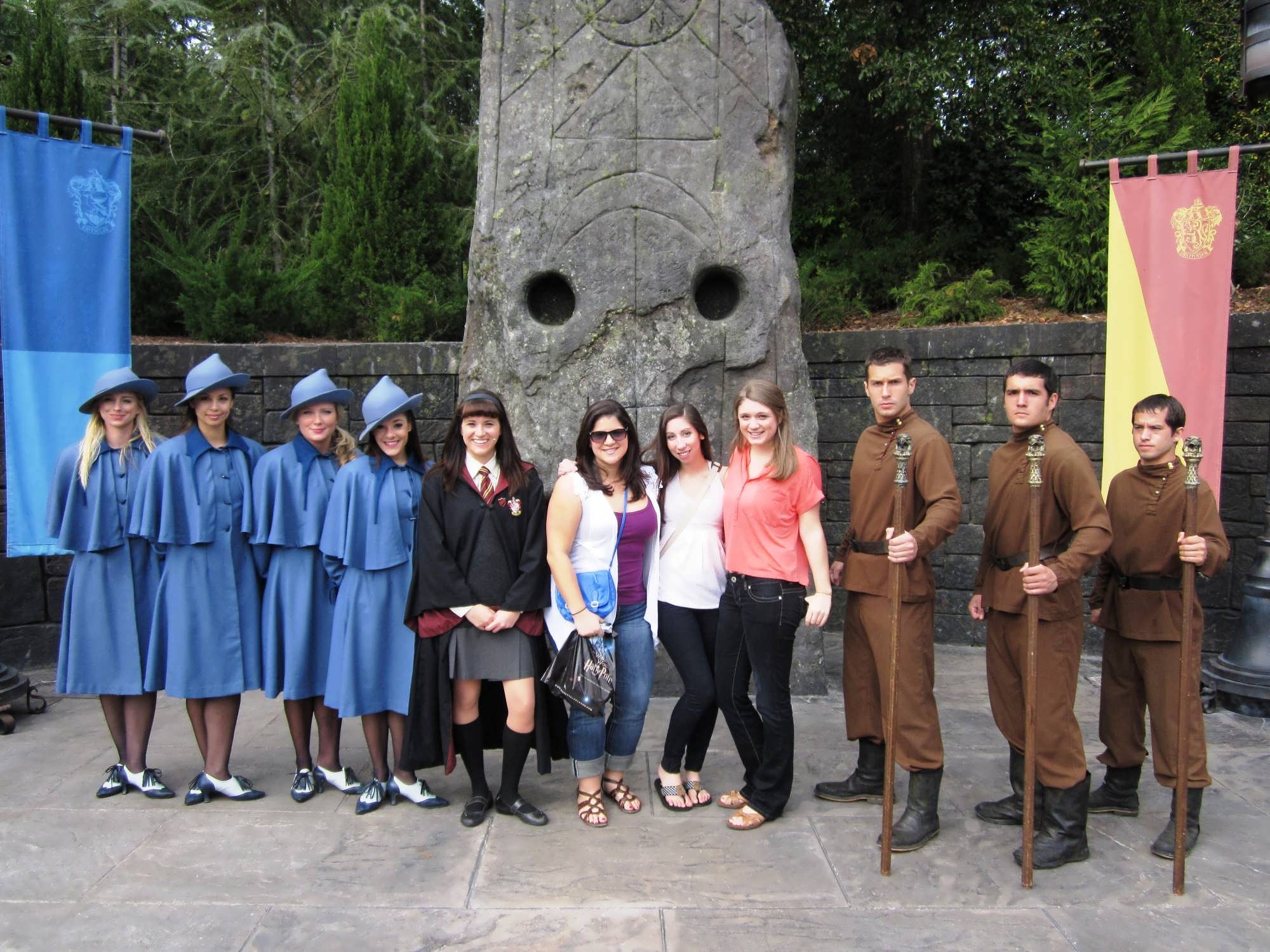 My college friends, Dara and Amy, came to visit me back in January and the only thing they could talk about from the time they booked their flights until we go to the gate was the Wizarding Worlds. Spending the day there with them I think was one of my most favorite experiences at the park. They seemed to share the exact same wonder and joy that I felt at being in this place that had only really been a “let’s pretend” kind of place before.

We spent our entire day at Islands of Adventure wandering up and down Hogsmeade. We explored every corner of every building, looked in every window, visited every attraction, shopped in every shop, ate at The Three Broomsticks, and rode every ride (numerous times, I might add). We left the park absolutely elated and spent the rest of the night talking about how amazing the experience was. Even now, six and a half months later, we still talk about what a great time it was and they’re planning to come back again to do it all over again.

How does Hogsmeade magically transport you? Let us know in the comments below.

The theme park queue of the future