What to Watch Before You Visit Universal Studios

When you visit a destination themed almost entirely around a film studio as old as Universal Studios, you can expect to see sets, props, and characters from across the history of film. You’ll shake hands with cartoon characters, have your picture taken with massive robots, and walk through the streets of far away cities. It’s a lot to take in.

All of those magical things are best enjoyed when you really know the films and TV shows they celebrate. You recognize finer touches, point them out to your family. You feel like a hero when you spot a little piece of someone’s favorite movie, then show them where to find it.

We want to give you a leg up in that effort. Here are some recommendations for movies and shows you can watch before you make your trip to see it all in person.

The Call of the Simpsons
The Simpsons has run for 26 seasons, and Springfield, USA pays tribute to all of them. Krustyland is a massive feature all by itself, and you can see it in The Food Wife (episode 491). The statue of Jebediah Springfield is a huge part of Bart’s life in The Telltale Head (episode 8) from the first season. 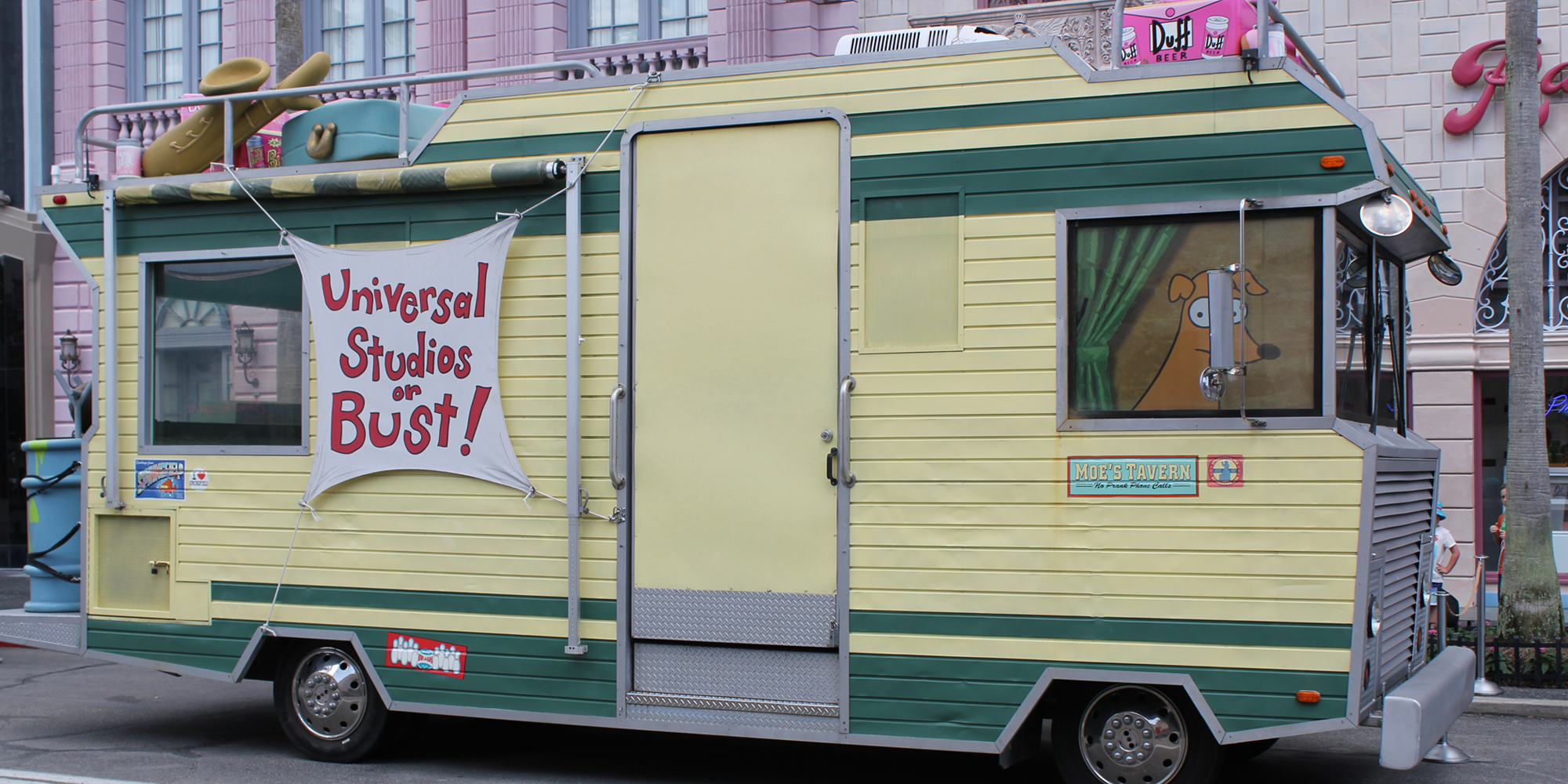 However, I recommend that you watch the episode before that one, called The Call of the Simpsons (episode 7). Still early in Homer’s development as a buffoon and general problem for the family, this episode touches on some common family concerns. Homer’s interaction with the proprietor of Bob’s RV Roundup was an early glimpse at the humor the Simpsons could conjure when presenting a salesmen earning his share.

Homer ends up with a very modest RV, which doesn’t thrill his family. The show uses Homer’s desire for a nice RV in several episodes, and Universal Orlando gives you a chance to see their newest purchase for yourself. It’s a (little) bit nicer than the one in Call of the Simpsons, allowing it to carry props and characters from the more than 500 Simpsons episodes that have aired.

Men in Black (The Original)
There have been three films in the Men in Black franchise. They vary in quality, but the blending of sci-fi and comedy genres held together by Will Smith’s personality is a reliable recipe for fun. Any of these films will make your visit to The Universe and You more enjoyable, but the first film will do it the best. Here’s why. 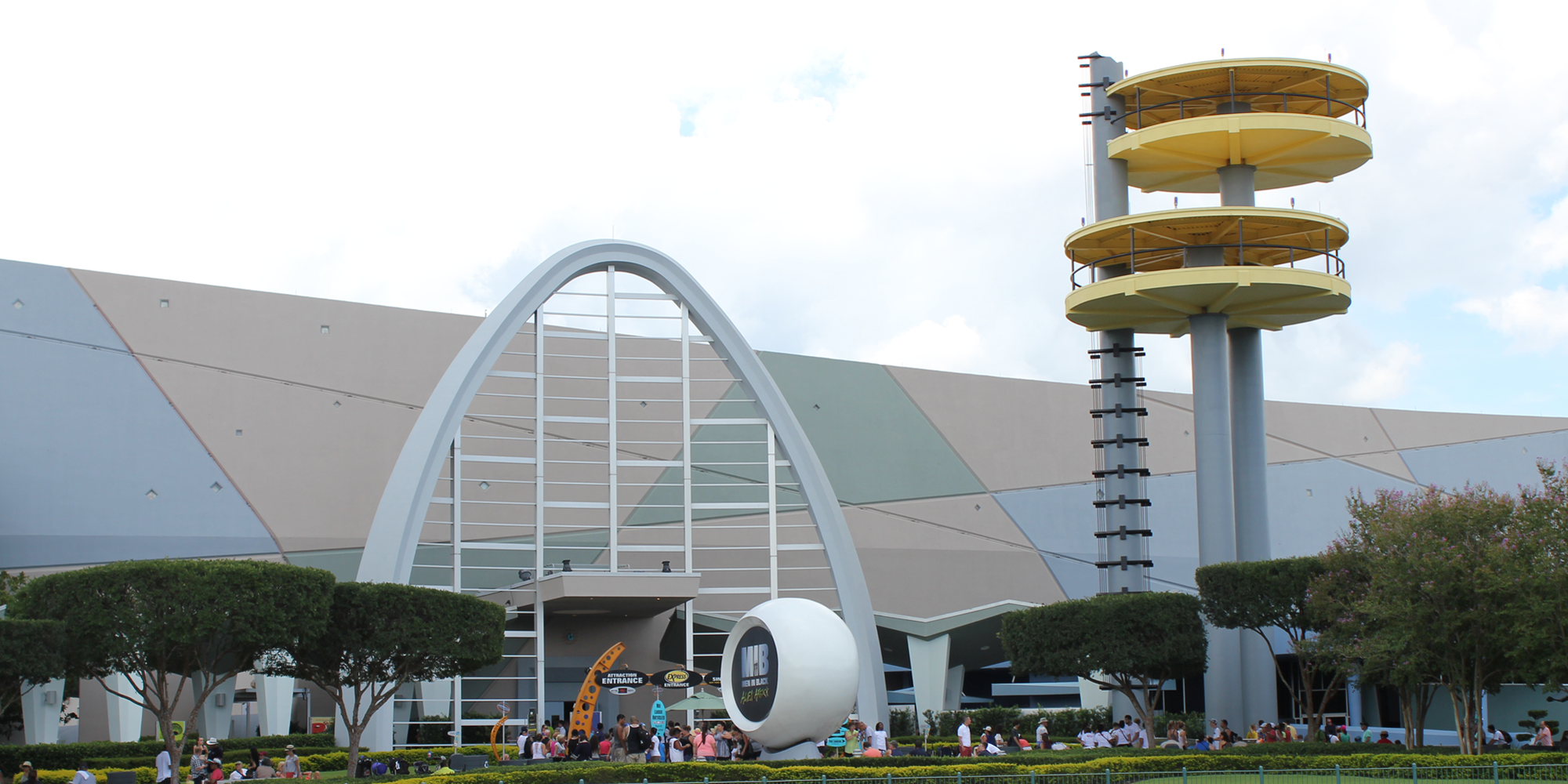 One obvious reason is that the Men in Black: Alien Attack attraction is set at the World Expo, which includes a major architectural element from the first film: the observatory towers from the New York State Pavilion. I won’t ruin their role in the film for anyone who hasn’t seen it, but let’s just say that they’re important.

However, that’s only one superficial reason to watch this movie. More compelling is that fact that this film alone deals with our protagonist discovering MiB for the first time. All of the agency’s quirks, secretive and unassuming methods for hiding their presence, and imaginative weapons are showcased in the first installment of the series. Universal nailed the surreal sense that you’ve found a hidden, interstellar power hiding in plain sight. You feel like a new MiB recruit, and the first movie made that feeling possible.

Harry Potter and the Half-Blood Prince
It’s hard to recommend only one Harry Potter film for this list. The boy who lived has taken over both Universal parks, and you’ll spot little pieces of each film somewhere in Diagon Alley (or Hogsmeade and Hogwarts, if you’re heading that way). After all, the entirety of Harry Potter and the Escape from Gringotts, Diagon Alley’s biggest attraction, is set during a major scene from Harry Potter and the Deathly Hallows Part II. You’ll certainly see lots from that film as you wander about.

But that’s the final and most recent film, so it’s probably pretty fresh in your memory. You might not remember references to the older movies quite as well. That’s why I recommend watching Harry Potter and the Half-Blood Prince. Aside from being a great movie (and my favorite book in the series), it contains a magical moment that Universal embedded perfectly into one of its attractions. 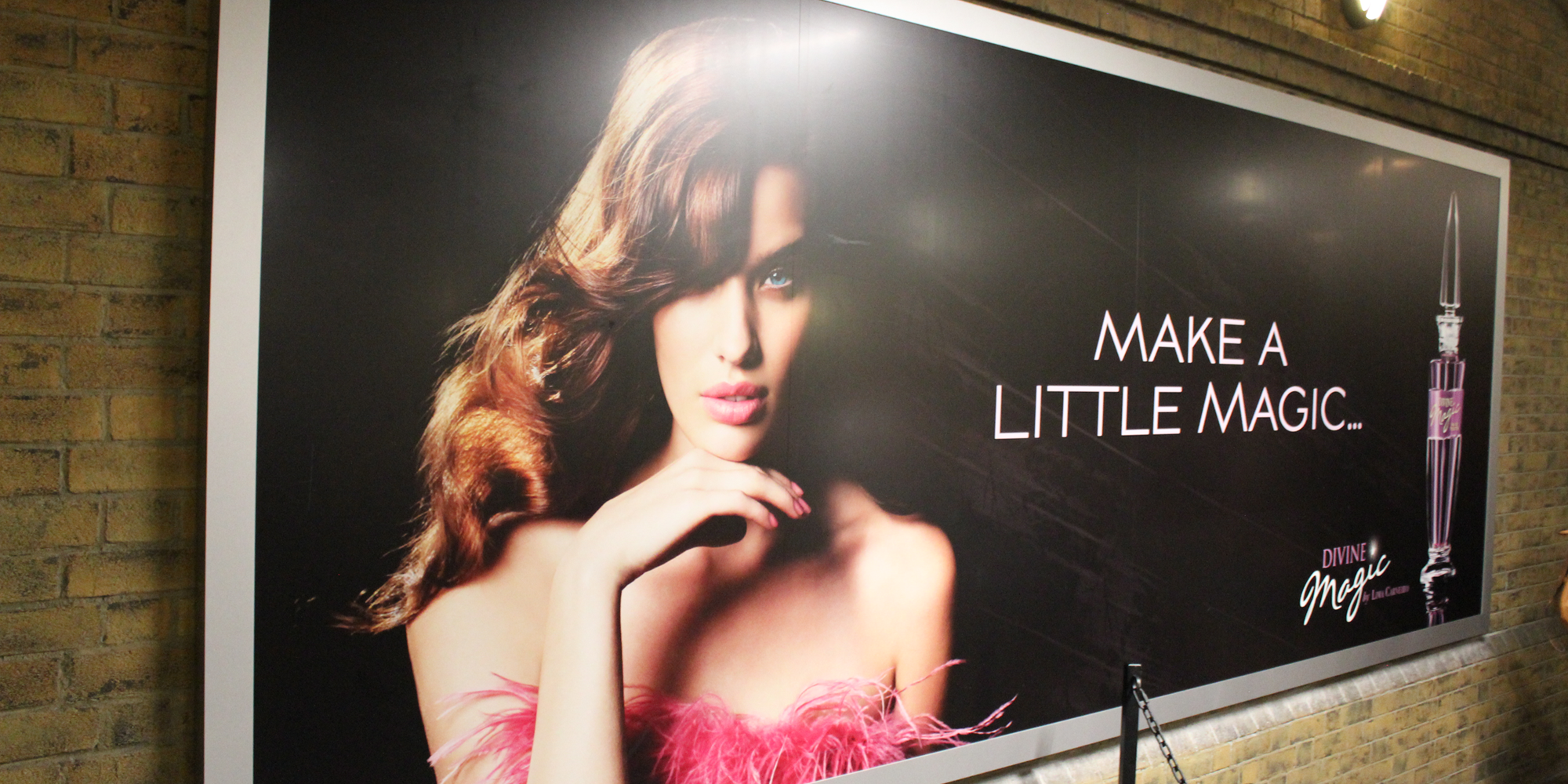 In the opening of the film, Harry sits in a diner in a station along the London tube lines. He meets a girl and tries to flirt, eventually working up the courage to ask her out. His date never comes, though, as Professor Dumbledore arrives to take Harry away on darker business. It’s a good scene and reminder of Harry’s responsibilities.

If you watch closely, you’ll see that when Professor Dumbledore appears, he’s standing next to a billboard for a fragrance called “Divine Magic.” You’ll find an exact replica of that advertisement on the walls of Kings Cross station at Universal Orlando. It’s a lovely little touch that only watchful eyes will spot.

Back to the Future: Part III
Universal did away with most remnants of the Back to the Future days, replacing its longstanding simulator ride with The Simpsons Ride, which occupies the same building (and feels similar to the original tenant in more than a few ways). There are still some nods to fans of Doc Brown and Marty McFly, if you know where to look. 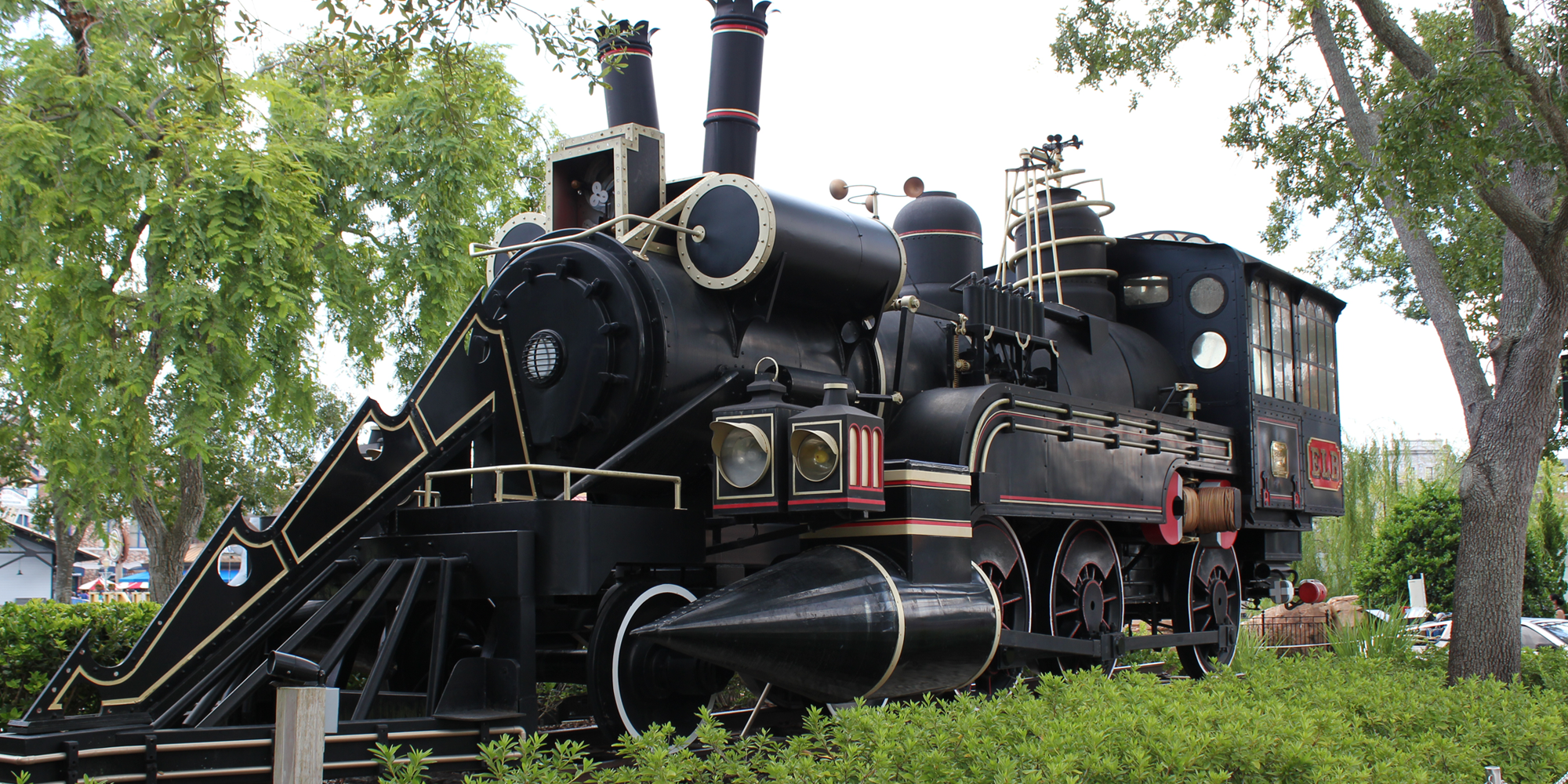 Just before you enter Springfield, USA, you’ll notice a large, black train on the lagoon side of the walkway. You might not recognize it at first, but you’ll probably understand when you see the famous time-traveling Delorean sitting next to it. It’s a major prop from Back to the Future III, which (admittedly) isn’t the most beloved of the trilogy. However, when you’re a fan of the franchise, it’s a treat to behold such a large piece of the fictional world right there in front of you. Of course, the Deloran itself isn’t too shabby. 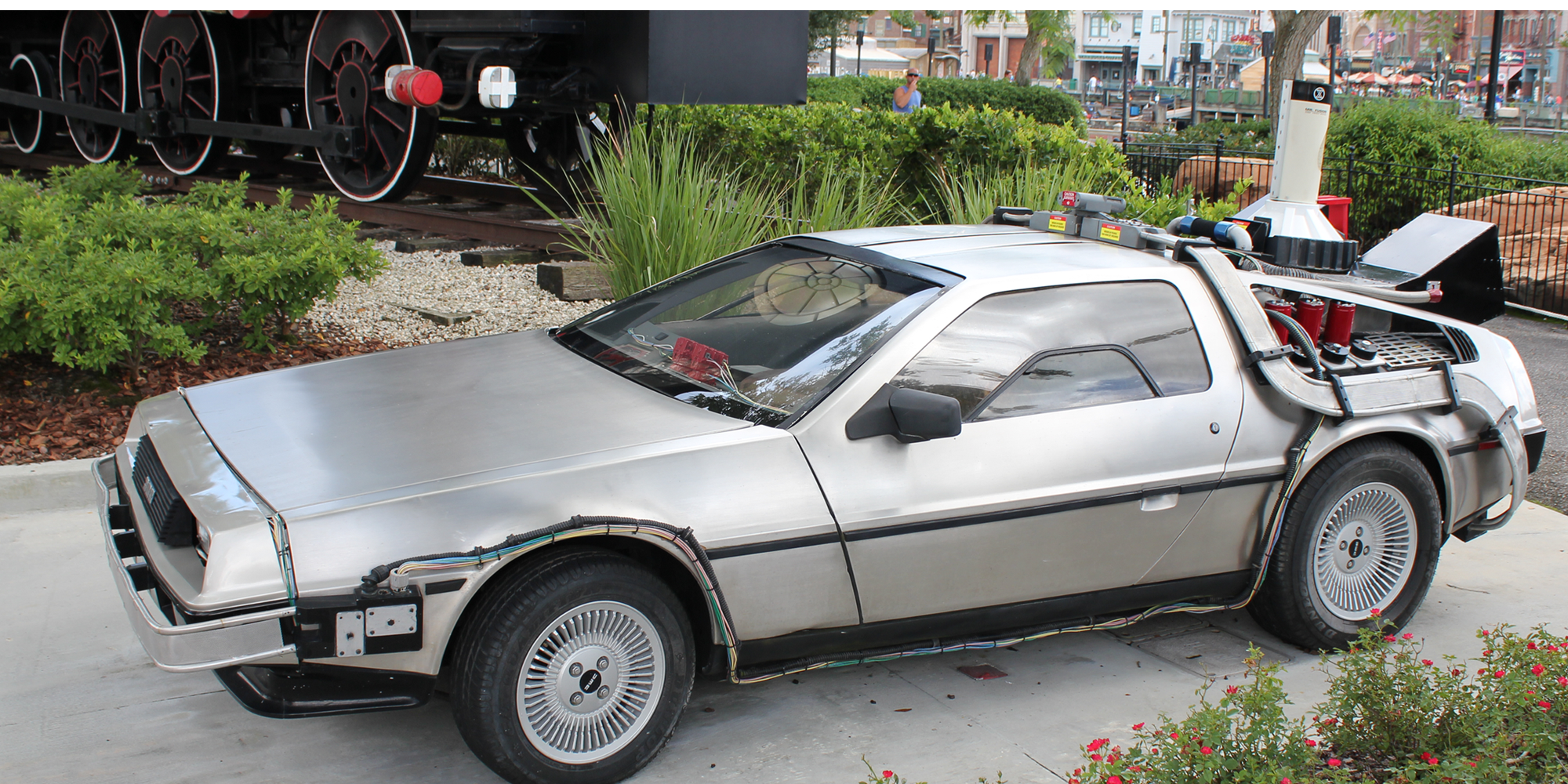 For a satisfying and subtle nod to Doc Brown’s former institute, which now houses most of Krustyland, watch the queue videos for The Simpsons Ride carefully.

Did we miss any films that families planning a trip to Universal Studios Florida should check out? Let us know in the comments below.