2014, it’s safe to say, was a mega-year for Universal Orlando, with the likes of Cabana Bay Beach Resort, a wholly revamped CityWalk, and, of course, The Wizarding World of Harry Potter – Diagon Alley all debuting at the resort.

2015 has been, in contrast, rather – well – sleepy. Not that this is to be unexpected; next year already is a packed one, with both Skull Island: Reign of Kong and Sapphire Falls Resort, the fifth on-site hotel, both scheduled for next summer. (And that’s not to mention Volcano Bay, 2017’s new water park, or the huge swath of Nintendo attractions that just may start popping up by ’18.) 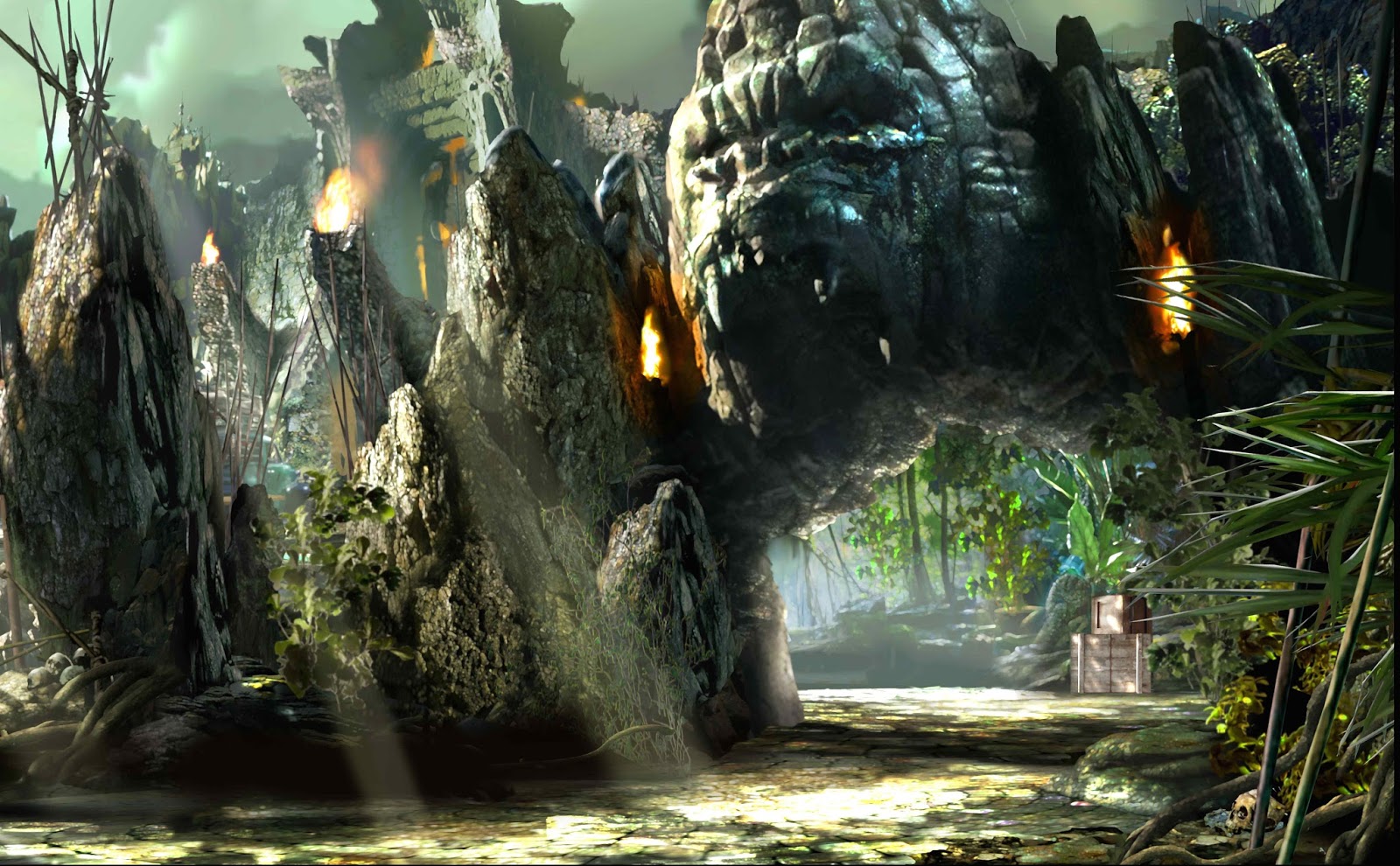 Still, there are several developments happening for the remaining six months of this year, and while they may not be as flashy or attention-grabbing as either their predecessors or successors, they’re still going to impact your 2015 vacation.

(Wait – what’s that? What about all of you who are asking about the new attraction that NBCUniversal owner Comcast promised each and every year? [A quick reminder: two years ago, Comcast unveiled an unprecedentedly aggressive expansion plan, investing $500 million each and every single year into its three – soon to be four – American parks, which was supposed to translate to at least one new opening every 12 months.] Well, the company is more than living up to its promise – in Universal Studios Hollywood, which is very much a part of that attraction-a-year mandate. Its version of Springfield, USA opened in April, while Fast & Furious: Supercharged will be bowing later this month.) 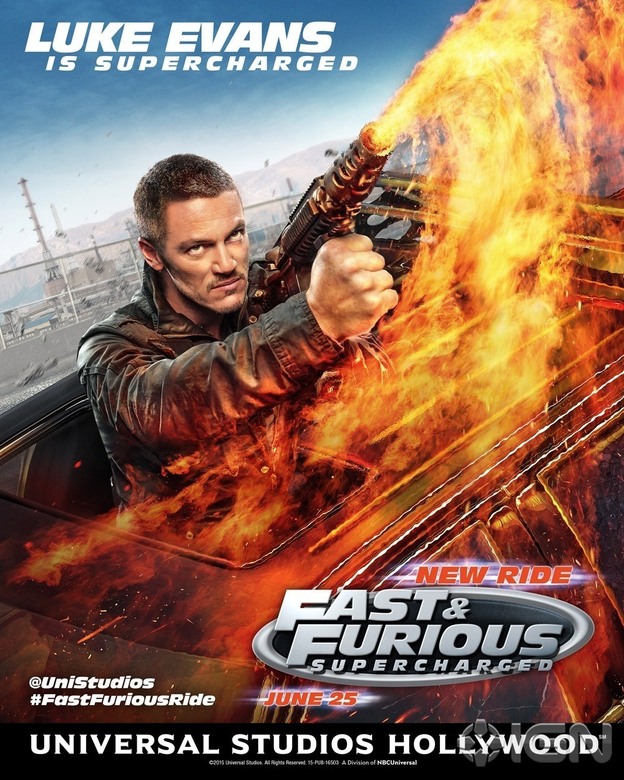 Let’s run down everything we know for Orlando this year.

August 31: Closing of NBA City
Yesterday, the Orlando Sentinel made an out-of-the-blue announcement: CityWalk’s NBA City will be shutting its doors for good on August 31, a piece of anonymous reporting which got officially confirmed by Universal just today. 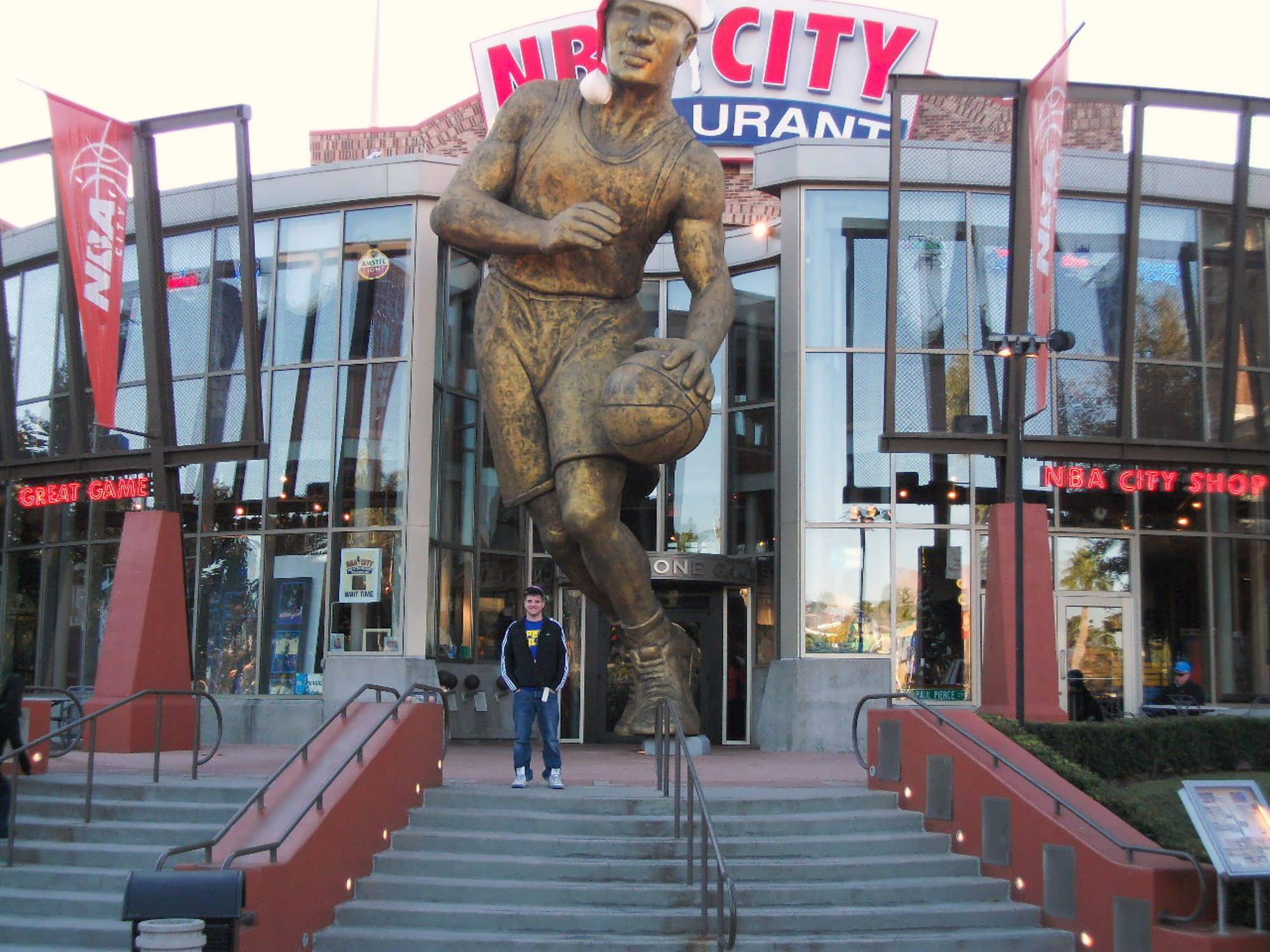 Why the sudden development? Universal has been cleaning house with its dining/shopping/entertainment district, pushing out the older, less-popular, and more dated venues and ushering in new concepts that can speak to the resort’s newfound, post-Harry Potter design ethos (and crowds). This is why, say, Antojitos Authentic Mexican Food replaced Latin Quarter, and why NASCAR Sports Grill closed last November and will be replaced by NBC Sports Grill & Brew (more on this in just a moment). NBA City has actually been long rumored to be next on the chopping block, making the closure both completely understandable and predictable.

But fear not, basketball lovers: the discarded restaurant has not only already been picked up by another major player, it’s been sufficiently reworked and expanded. The NBA Experience will open in Disney Springs and will include an additional store and “immersive NBA video productions and numerous interactive experiences.” All told, the NBA’s new home in Orlando looks to be about three times the size of its old CityWalk digs – and might be something of a direct competitor to NBC Sports Grill, at least in PR form (given the close proximity in sports-related announcements, and all).

Do yourself a favor: stop by NBA City before it closes at the end of the summer and try the Cinnamon Berries, which is easily the best dessert in all of Universal Orlando.

@PWT101
Cinnamon strawberries @NBACITYorlando are the best!!!@msunyata told me about them!

Consider it a fond cast off!

Fall: NBC Sports Grill & Bar
On Monday of this week, Universal dropped the latest in a long line of reveals regarding the future of its resort. NASCAR Sports Grill’s replacement is almost exactly what we had anticipated ever since the former venue closed last year, but the execution has been something of a pleasant surprise, given its more-robust-than-expected menu and drink selection. 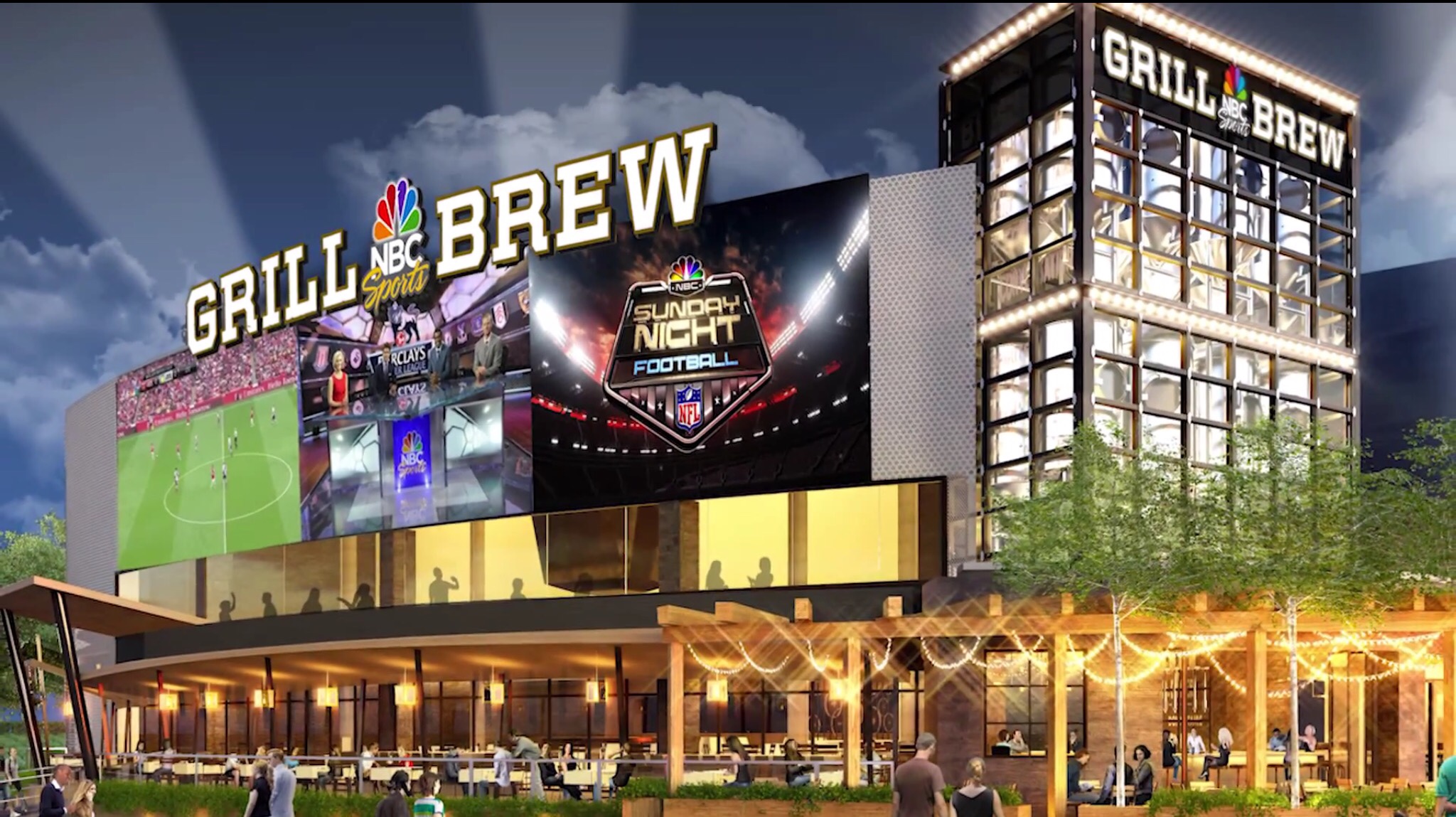 You can find all the details here.

Fall: Royal Pacific Resort expansion
Nearly a year ago – right before officially announcing Sapphire Falls Resort – Universal unveiled its plans for doing something it’s never done before in the resort’s 16-year-history: expanding one of its on-site hotels. Royal Pacific Resort, the largest of the deluxe properties, will have its meeting and convention space almost doubled, going from 85,000 square feet to 141,330 (which includes a giant, 36,000-square-foot ballroom, which can be divided into 12 sub-units). It’ll also eventually include a bridge to its future next-door neighbor, Sapphire Falls, in order to allow various conventioneers the ability to easily hop from one event space to another. 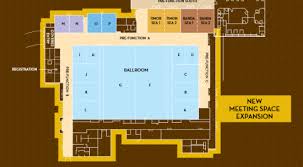 Does this affect you, personally, on your vacation? No. But it does impact the continued growth of Universal Orlando; if Cabana Bay Beach Resort is a play for the value segment of the everyday tourist, then Royal Pacific’s addition is a move on the ever-growing convention market, which looks to add a significant amount to the resort’s cash-flow over the coming years (and, even, decades). Such expanded finances, of course, are absolutely indispensable for the continued break-neck addition of new attractions, hotels, and fully-themed water parks… which all do affect your and your family’s enjoyment on your lovely summer sojourns.

So be sure to thank all those fancy convention-goers the next time a group of them passes you by on the rush to CityWalk’s bars during the hot summer nights.

Whatever happened to the NBC Media Lab?
Now to address the elephant in the theme park room.

The continued construction at the Garden of Allah Villas building in Universal Studios Florida’s Hollywood section has proven to be probably the most irksome of Universal projects in recent memory, if only because it’s one of the few projects to not have been completely cracked wide open – oh, not to mention the little fact that the company has yet to officially address it.

@MrBrianOrl hopefully Garden of Allah rehab will be announced soon too pic.twitter.com/REylwpbayp

So, what’s the latest word? The simple, sad truth is that, well, there isn’t one. Recent pictures (like the one above, taken at the end of April) show that work is ongoing, and may be for some time – a strange fact in and of itself, given that May, June, and July are the prime months for opening new rides or attractions. There’s the possibility that the company will buck tradition and economics and attempt to open it this fall, perhaps in time for the big Halloween Horror Nights anniversary event.

That still leaves the question of just what, exactly, the space is going to actually be. If you’ll recall, rumors started swirling last year that Allah would be getting a dust-off – it was last open to the public as AT&T at the Movies 14 years ago – and a makeover into a museum of former props and attractions to celebrate the park’s 25th anniversary. That understanding has since changed to the commonly-held belief that an open-to-the-public NBC Media Lab, which would essentially be a spruced-up version of AT&T (only with full NBCUniversal integration), would be going there, but even that assumption has lost some traction as of late. Maybe Universal is pursuing this as a behind-the-scenes addition, for various Comcast employees only, which would explain the lack of formal acknowledgements, particularly in a month that saw so many others (Kong, Nintendo, HHN, Volcano Bay, NBC Sports Grill & Brew). 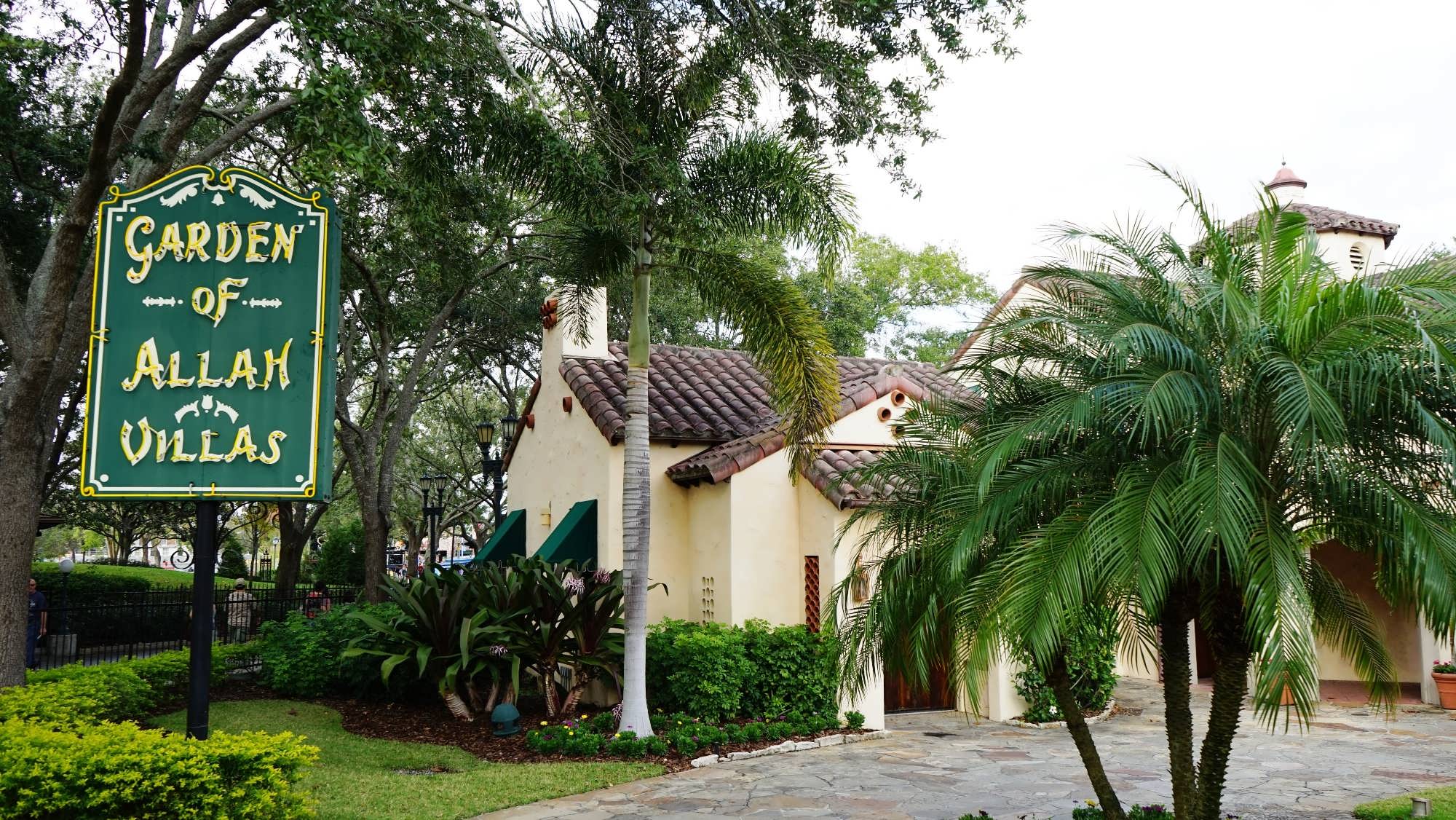 The bottom line? Although there’s not much time left to open this this summer with much fanfare and a press release or two, Universal doesn’t have to – it can quietly remove its construction walls and open the door overnight to welcome guests in. This might actually be the route that the company goes in regardless of its target launch date, since a Media Lab won’t have anywhere near the same kind of draw as does, say, King Kong or Nintendo.

We’ll just have to continue to keep our eyes peeled.

Have any suggestions for what else Universal should do by the end of the year? Let ’em fly in the comments below.