There has been lots of new Universal projects and news sweeping the internet the past month, ranging from the official announcement of King Kong’s Skull Island to the refurbishment of Islands of Adventure’s Lost Continent (and, even, a leaked look at what Disney has in store next for its ambitious Next Gen initiative).

With so much constantly-breaking hoopla, it’s easy to overlook all the previously-revealed projects, the ones that will be opening in the immediate future (and beyond) and which will help keep us occupied while all the new stuff keeps coming into more and more focus. And it turns out that, given their steady rate of progress behind the scenes, there’s actually quite a bit to report. As such, we’ve developed this handy, dandy litany, summing up the latest developments and also sneaking in a few new tidbits here and there to further whet your appetite.

Oh, okay, fine – what fun would it be if we didn’t also tease the bigger, badder projects, as well? Look for a few good Kong snippets in our update – our cherry on top of the great big Universal sundae, if you will.

Garden of Allah Villas – 2015
Good ol’ Screamscape recently ran an update on the ongoing construction work being done at the long-vacant Garden of Allah Villas building in the Hollywood section of Universal Studios Florida. Its source wrote in to tell the site that the interior is “being remodeled into a series of conference and special event rooms,” with each room being outfitted with several wall-mounted monitors. 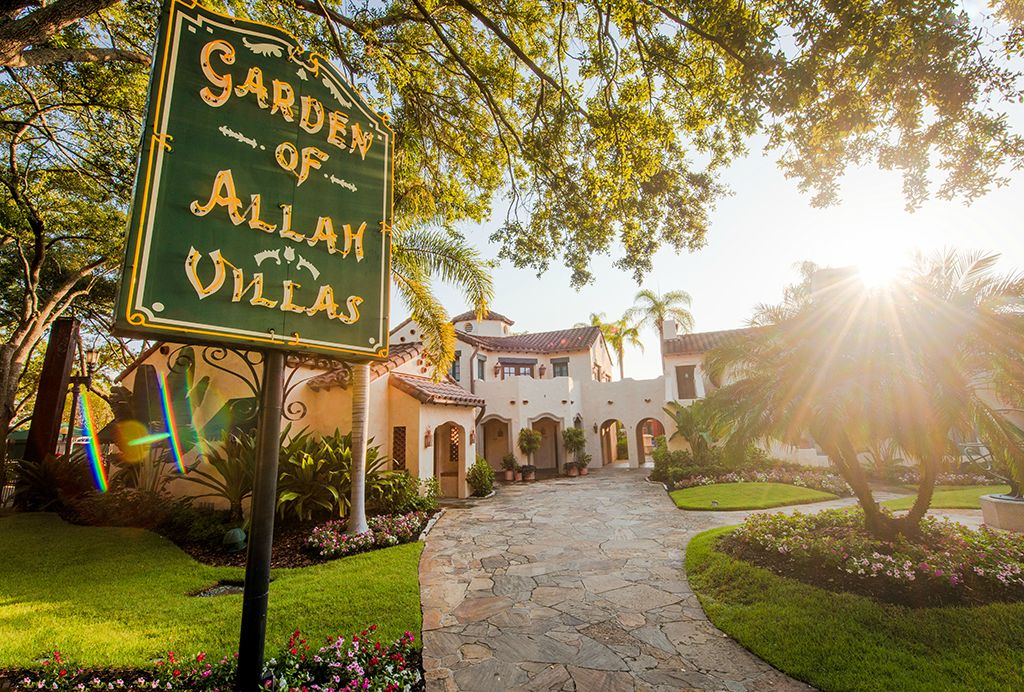 This is just the latest confirmation of what has pretty much been an open secret floating about the rumor mill over the course of the past several weeks (if not longer): the idea that an USF museum would be erected inside the long-standing façade, celebrating the park’s 25th anniversary this year, is erroneous. So what, then, is actually going to open to guests this summer? The newest NBCUniversal Media Lab, if the recent scuttlebutt – such as the ongoing conversation at Orlando United – is to be believed.

The Media Lab, according to Universal’s official site, sounds suspiciously like a think tank (just to continue the political analogy a little more) designed to work with various individuals and organizations from several different fields of study, running the gamut from academia to Hollywood. Orlando will actually be the fourth such location – with its predecessors being based in New York, Los Angeles, and London – but, somehow, it seems likely this one will be more for show than for actual brainstorming, which, of course, would befit its theme park setting. 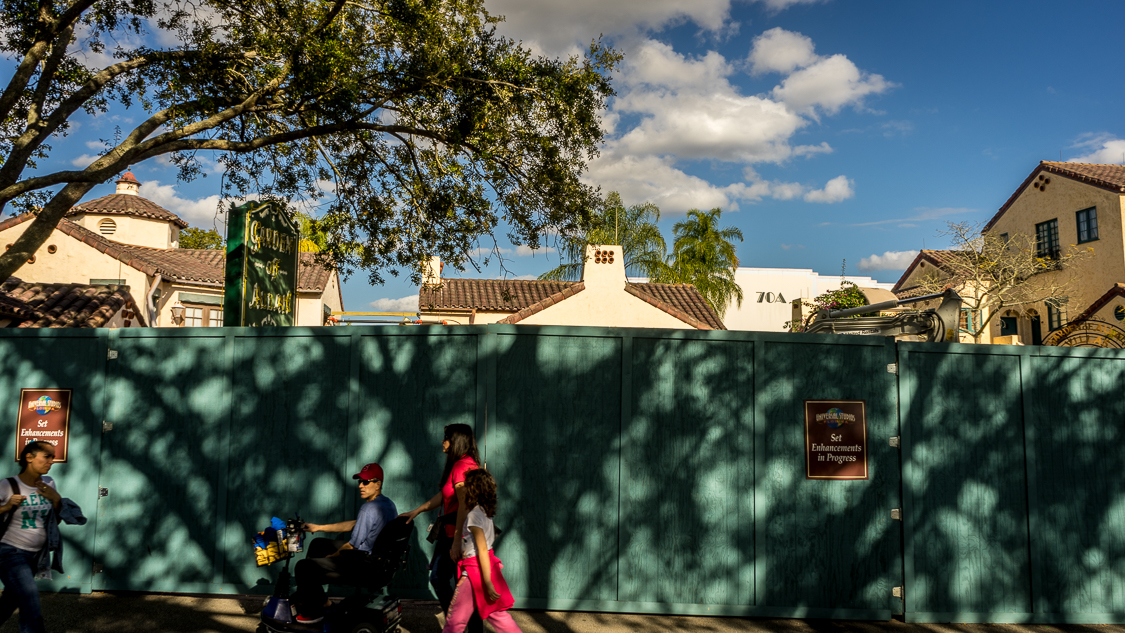 If expectations of seeing the latest innovations in film, television, and theme parks are right on the money, then this would make Garden of Allah’s newest attraction, ironically enough, somewhat similar to its previous occupant: AT&T at the Movies, which ran from just 1998 to 2001, had an array of various interactive exhibits, including touch-screen games, video phones, and robotic arms. It’s perhaps best to let the attraction itself explain what it’s all about:

You’re in for a lesson in nostalgia and hilarity as AT&T and Universal Studios give you a look at the history of film like no one has ever seen before. From the first silent movies, to the neighborhood talkies, to the blockbuster hits of today, you’ll see rare artifacts like the Vitaphone, which brought synchronized sound and magic to the silver screen. Then catch a glimpse of the future playing games even the Jetsons wish they had. There’s even a six-foot telephone that lets you call home.

Sounds positively futuristic – and a nice diversion on a hot summer’s afternoon.

Kong: Skull Island – 2016
All this talk about the Media Lab got our mouths watering for even more new Universal happenings, so we hit the brush and shook a few trees to see what we could get out of our inside sources on the new Skull Island addition at Islands of Adventure. This is what we discovered:

Last November, the incomparable Robert Niles described what is surely going to be the hallmark moment of the new attraction, a long, uninterrupted encounter with a giant audio-animatronic King Kong as the ride vehicle makes a big right-turn past him. Although it may sound too good to be true, our sources confirm its existence, along with the little nugget that this will be the sole animatronic Kong in the entire ride. (Don’t fret, however – the king will make further appearances in the form of giant 3D screens, which will enable the action quotient to be pushed sufficiently high.)

Even more intriguingly, we got confirmation of another previously reported detail: Screamscape’s story from January that the initial outdoor section of the attraction, which is supposed to be set in the thick of Skull Island’s creepy, predator-filled jungle, can be completely bypassed when the weather is bad, allowing guests to remain indoors – and, thereby, dry and safe – during Florida’s infamous thunderstorm blitzkriegs.

(Worried about missing an integral part of the ride? Don’t be. While this prelude will be all sorts of atmospheric and immersive, it truly is a teaser, meant to set the stage being plunging guests into the thick of the action. Think of it more as the castle tour of Harry Potter and the Forbidden Journey rather than that first mad encounter with Harry, Hagrid, and the pesky dragon.)

Finally, we managed to get some original pieces of info from our bushwhacker sources, a few tasty morsels meant to foster an adequate appreciation of what Universal is attempting to accomplish with this larger-than-life attraction. There will be nine scenes total in the ride – that’s one less than the aforementioned Forbidden Journey – which will use 16 projectors and three huge screens to bring the king and all his behemoth adversaries to gargantuan life. 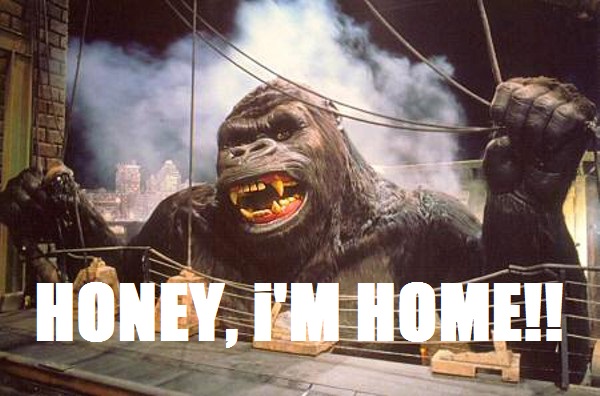 Harry Potter, prepare to eat your heart out.

Volcano Bay – 2017(?)
Universal’s Volcano Bay – which, in case you didn’t know, just might be the best water park in the world – has been much in the spotlight the past two weeks, with a pair of developments indicating that the project is now moving forward full steam ahead. 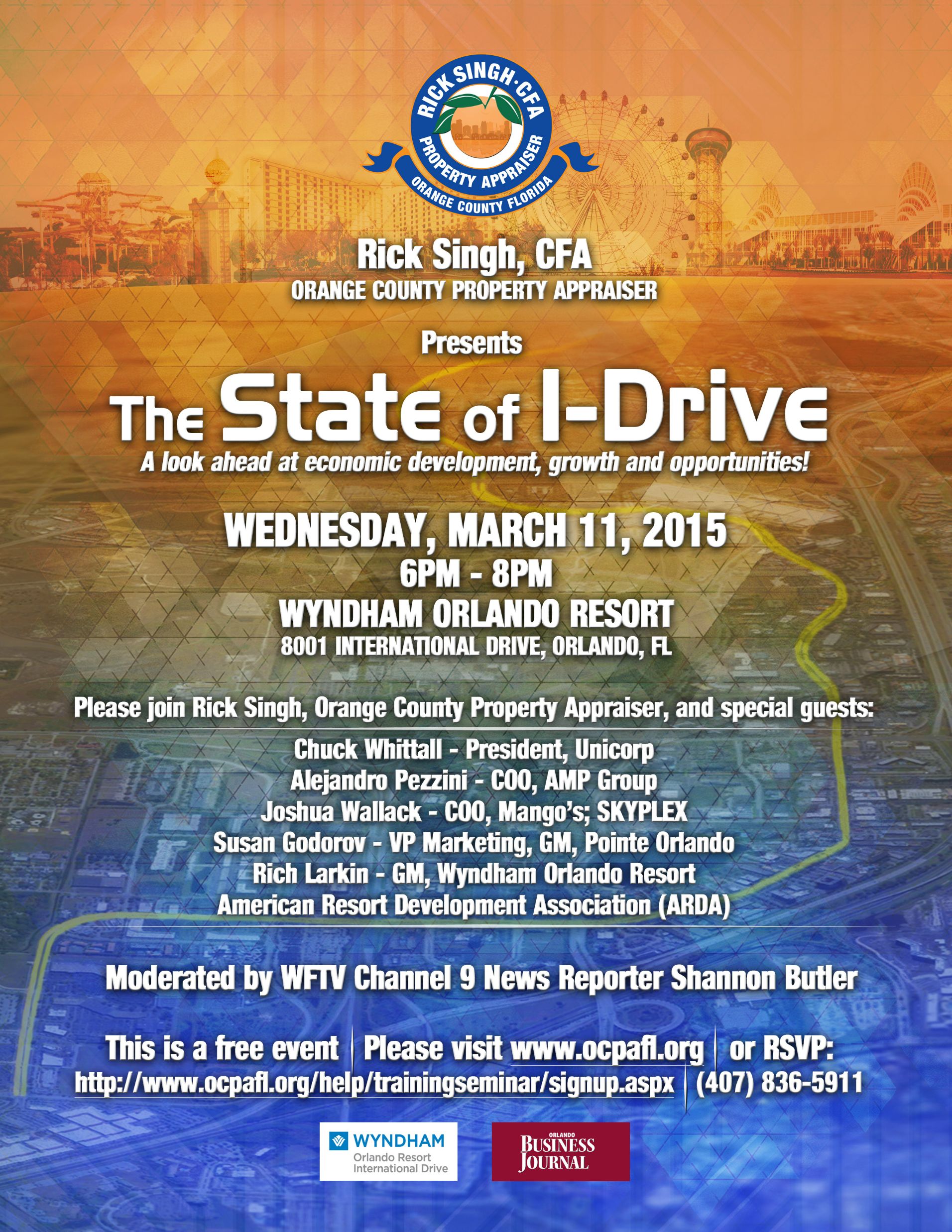 First up: at a panel discussion called “The State of I-Drive 2015” that was held on the evening of Wednesday, March 11, a group of individuals hailing from the county and a number of new International Drive-based attractions – such as I-Drive 360 (home of the massive Orlando Eye Ferris wheel), the Skyplex Polercoaster, and a number of hotels – gave a talk about what they expect to see along the famous tourist corridor in the near future, which just so happened to include their nearby neighbor, Universal Orlando. Printed conveniently on a handout, their expectations included this little bombshell:

A fall 2016 opening for Volcano Bay is significantly sooner than the previously expected summer 2017 date, which has been making the rounds since the water park project was given a greenlight last year. Then again, the expectations of the panel could be based more on educated guesses than on intel from within Universal, although the presence of the Orange County property appraiser may add a little more weight behind the date (we’re not holding our breath at OI HQ, however).

Secondly, the Orlando Business Journal just broke the story that the South Florida Water Management District has approved the “modification for construction and operation of a 38.99-acre commercial development known as Project 533” (which has long been established as Volcano Bay’s number designation). And just in case that news isn’t enough to get the juices flowing, the paperwork breaks down the land usage of the new water park thusly:

Although only half the size of its rivals down the street at Walt Disney World, that still leaves more than enough room for Universal to include a full roster of attractions – especially if the company packs ’em in the way it has been doing with Universal Studios Florida the past few years.

5 most expensive buys at Universal