Below is the limited details that Walt Disney World’s top guns shared at its D23 Expo for the 11-acre new land. 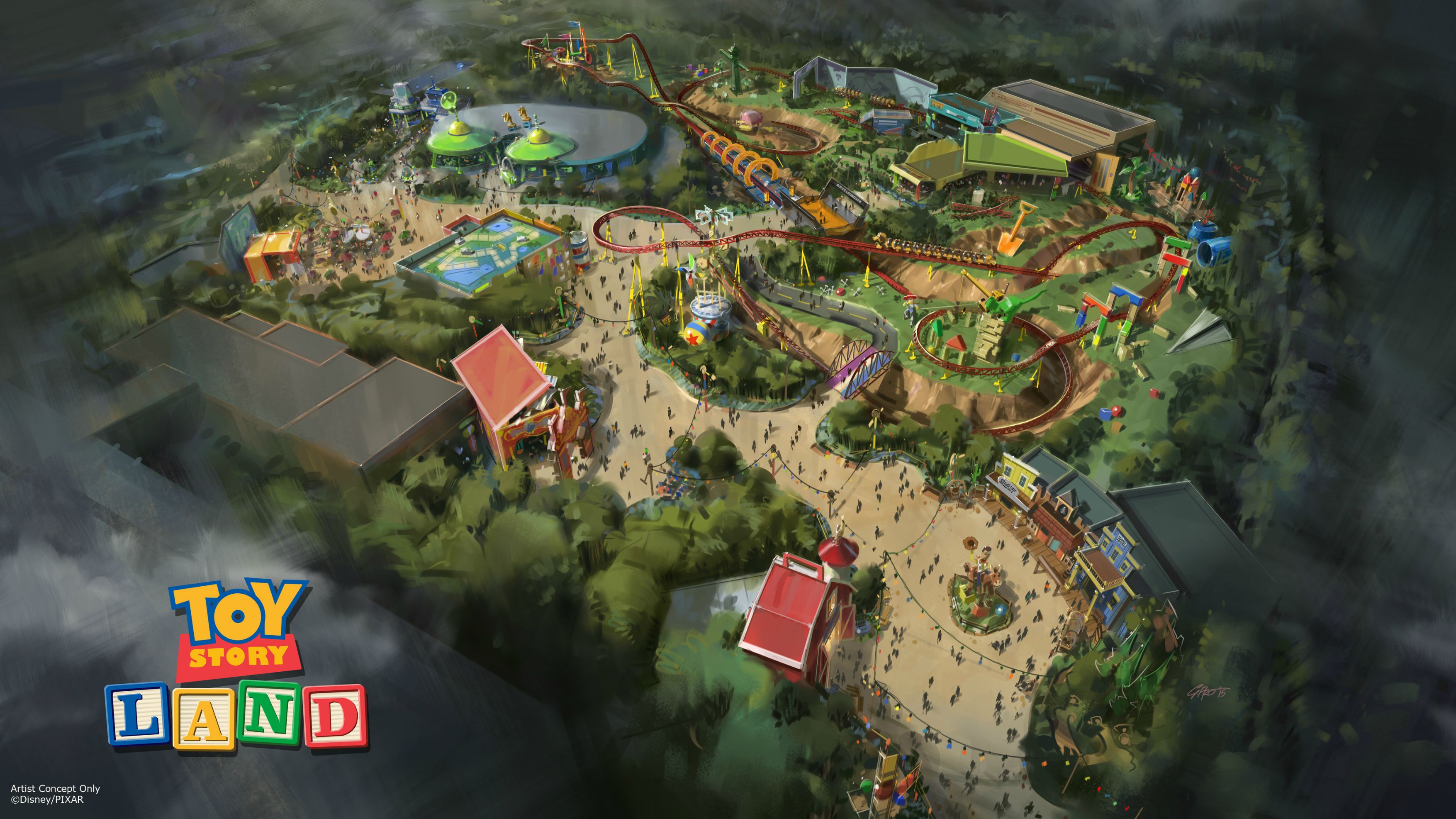 The land will feature two new attractions and an upgrade to its popular Toy Story Mania attraction. Toy Story will have an additional track added to the ride, giving it a total of three tracks and significantly increasing its capacity.

The iconic Slinky Dog from the series will have his own family-friendly roller coaster. Guests will ride on his back throughout the toy-filled area.

Finally, there will also be a flying saucer ride based off the little green aliens from the movies.

Toy Story Land is the first step in a reimagining of Disney’s Hollywood Studios, towards a campaign to make the park’s core mission to put you inside of the movies. This is a major change from the park’s initial mission of taking you behind the scenes.

No timeframe was given for Disney’s Toy Story Land. Keep checking back to Orlando Informer for new details as they become available.

Disney also made other announcements today, including Star Wars Land and further details on Pandora: The World of Avatar.

Planning a vacation to Orlando?
Want to skip all the work and just price out a vacation to Universal Orlando? We’ll find the best deals for you – for free (seriously.) Learn more, or check out some of the current deals!