More interested in a main course? Take a look at our top 5 mouthwatering options.

If you want to know a secret, NBC Sports Grill & Brew’s vast 75+ item menu actually only features a total of 5 desserts. However, there isn’t a bad choice in this five member family. In the event you have to pick just one, here’s our rankings: 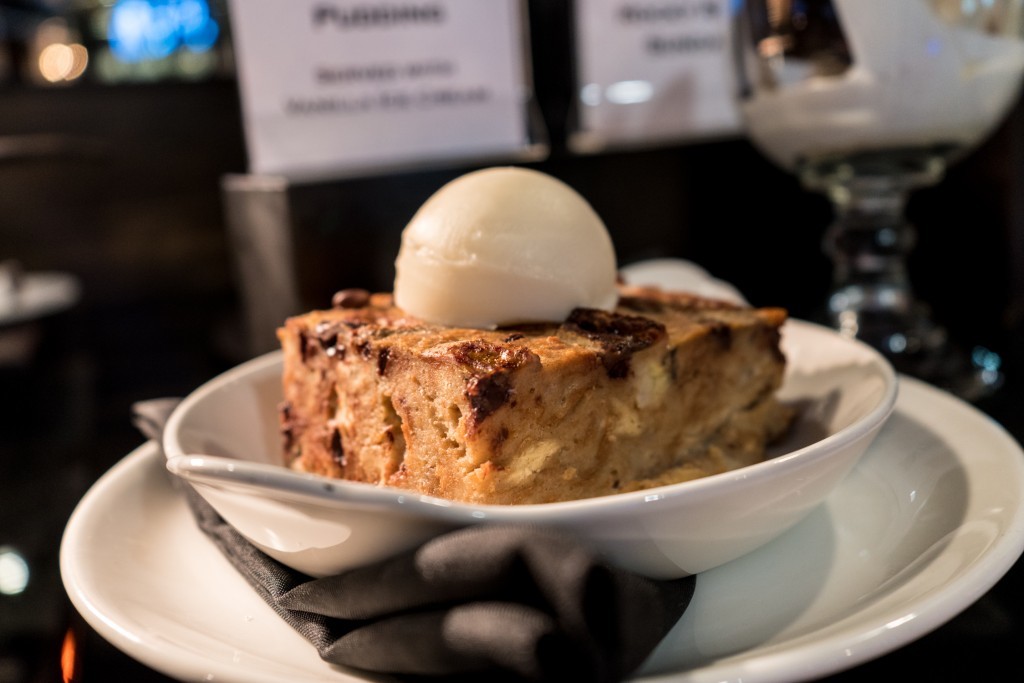 This pudding comes with a scoop of fresh Cold Stone vanilla ice cream placed right on top of it and certainly isn’t a bad option for guests who are fans of bananas but not cake (you’ll understand in a moment). $7.95 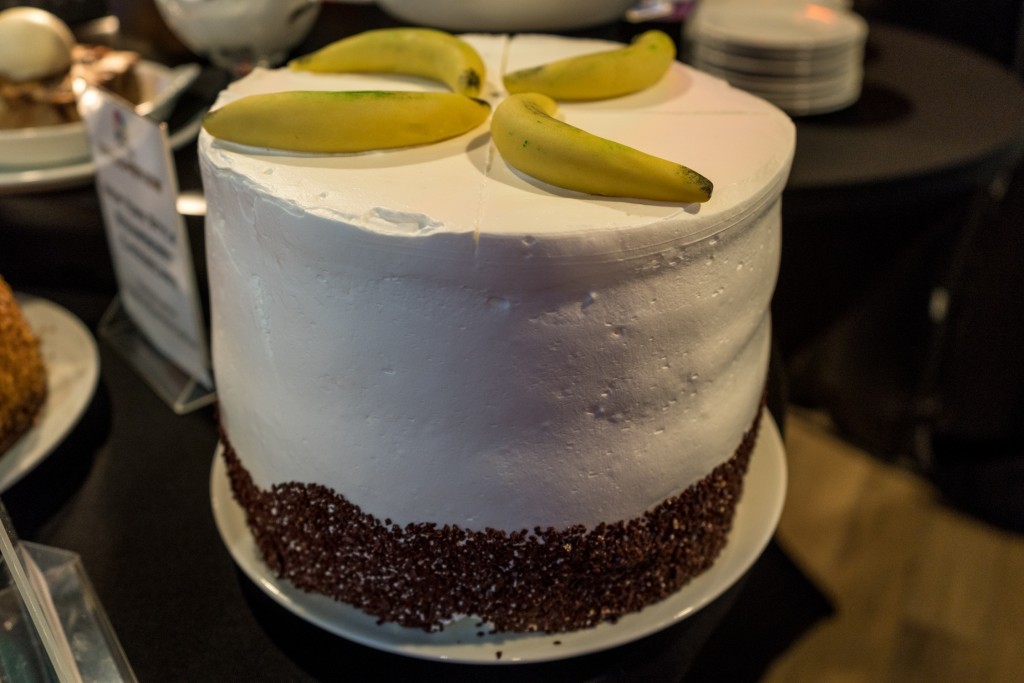 Big isn’t an exaggeration. This dessert is 1/4th of a full cake and serves parties of 4 or more. It is 7 layers of alternating rich and gooey banana goodness. The cake contains fresh whole bananas, banana flavored cream and caramel, and is topped with whipped cream and shaved chocolate. $19.95 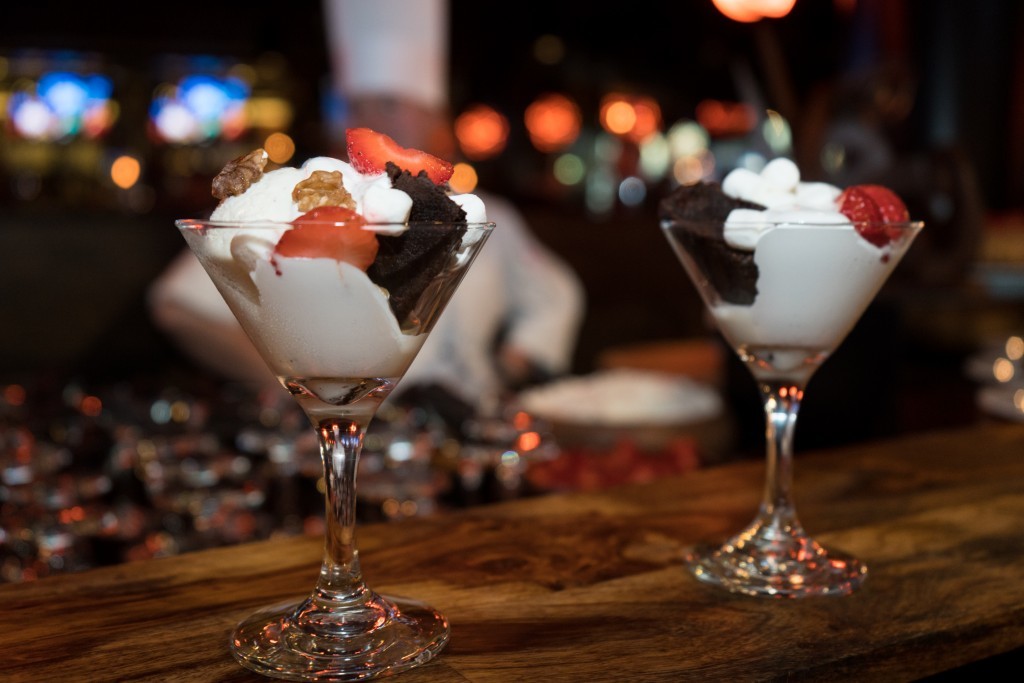 Chocolate chip brownies, fresh Cold Stone vanilla ice cream, topped with marshmallow cream, walnuts, fresh strawberries and toasted marshmallow. Do we need to say more? This definitely seems to be the smallest portion size, so keep that in mind if you’re looking for something on the smaller size. $7.95 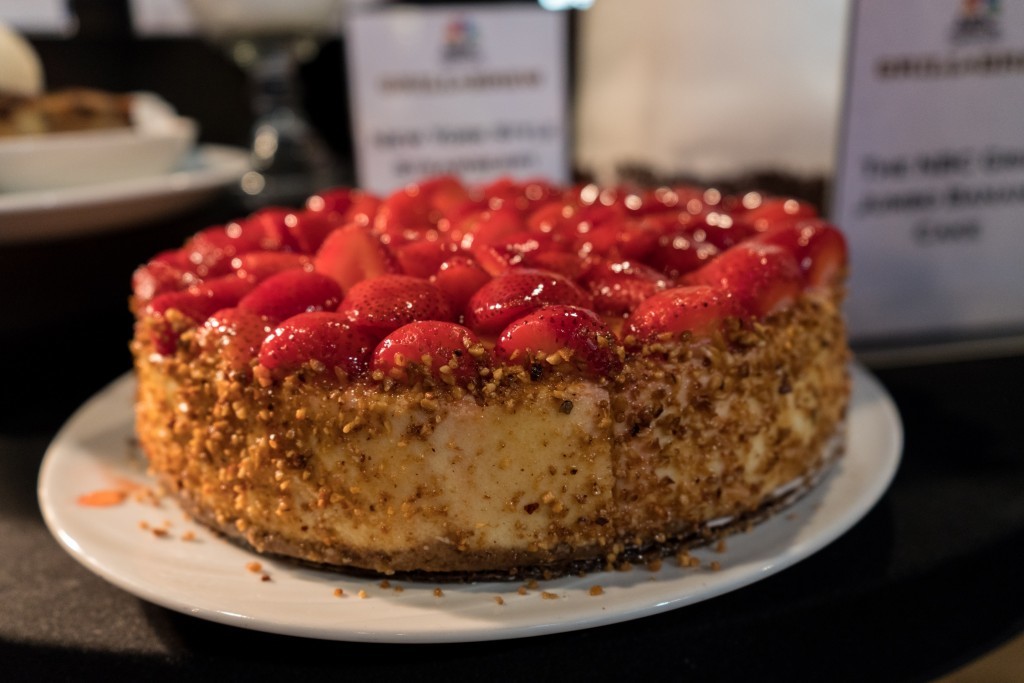