Ever wonder if you’re the only one upset by the rude behaviors of others when you visit a theme park? It seems “Zombie Chris” thought this when he started the topic “What are your trip/theme park pet peeves?“ in the Orlando Informer Community Forums. Ninety-four posts and approximately 40 listed annoyances prove that there are mutual actions that many of us witness during our visits to parks. Here are some of the top contenders:

Selfie Sticks
Better late than never, the top peeve was use of selfie sticks. By now you’ve heard they have been banned in the Disney Parks. Considering most of our forum comments were made around the time that Disney announced they were going to crack down on them in May, it was only a matter of time before they completely banned these little beauties in all of their parks. Kim Prunty, a Disney spokesperson, said, “We strive to provide a great experience for the entire family, and unfortunately selfie-sticks have become a growing safety concern for both our guests and cast.” 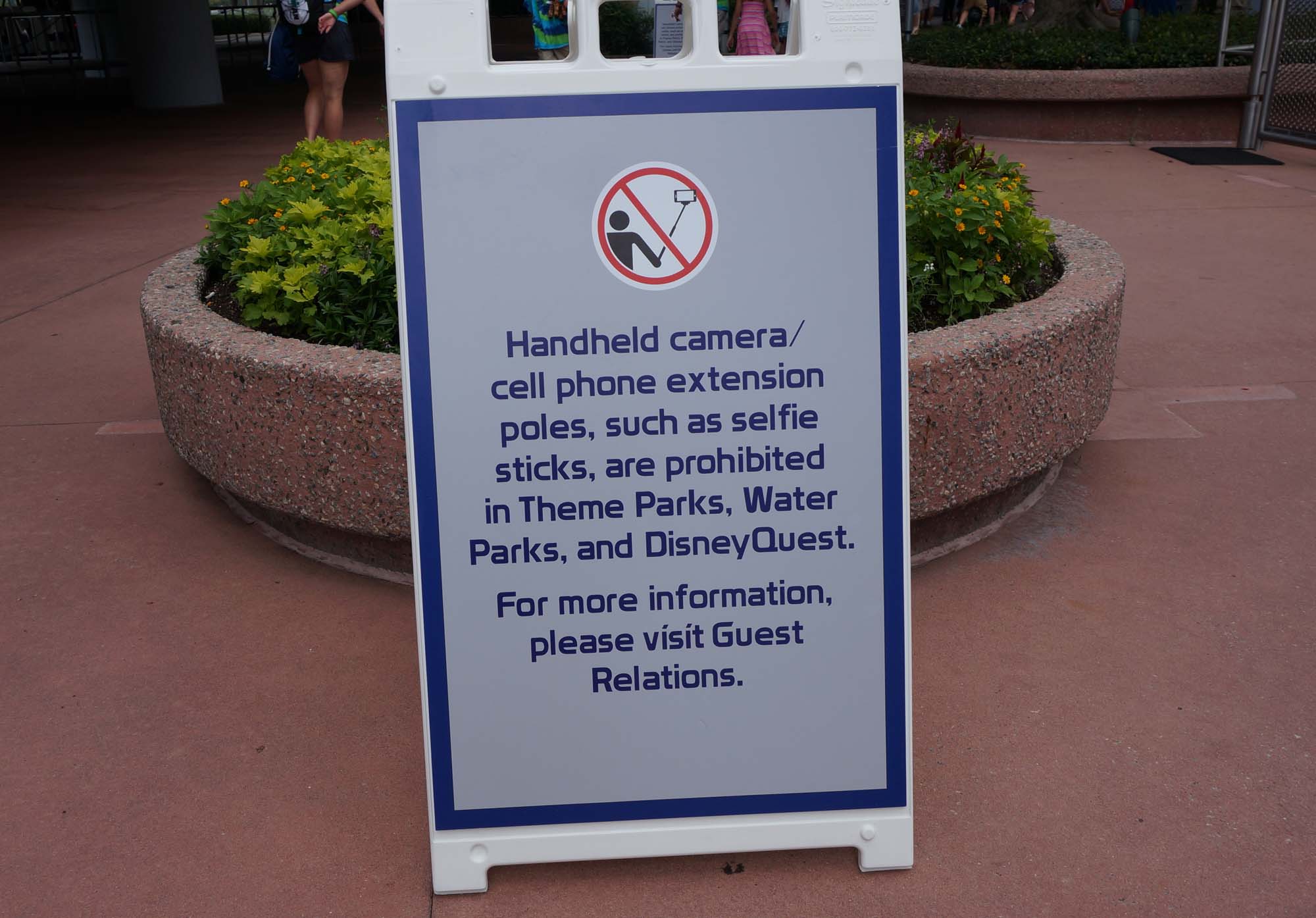 Many public venues have jumped on the bandwagon by banning the sticks in the name of safety, yet selfie sticks are mostly seen to be just an annoyance, especially in a crowd. Whether or not the user means to, they seem to be invading other guests’ personal space. As OI Forums member “ParkJunkie87” said: “…a couple weeks ago in Diagon Alley I constantly got poked and prodded from people not paying attention to where they were using it.”

The sticks have already been forbidden on rides where bags and loose articles are prohibited across Universal’s resort. I don’t think it will be long before Universal follows Disney’s lead and bans selfie sticks; this was also discussed in Orlando Informer Podcast: Episode 4 beginning at the 30:49 mark. Orlando Informer will keep you posted on selfie stick news as it affects Universal Orlando Resort.

Other photographer gear will remain legal inside the Disney parks (and perhaps elsewhere, but check with your chosen venue). According to WDW News Today, you may use:

In other words, no extendable stick for any kind of camera will be allowed.

Solution: If you are using a Selfie Stick, please make sure you are aware of where you are pointing it. In the meantime, would this work? 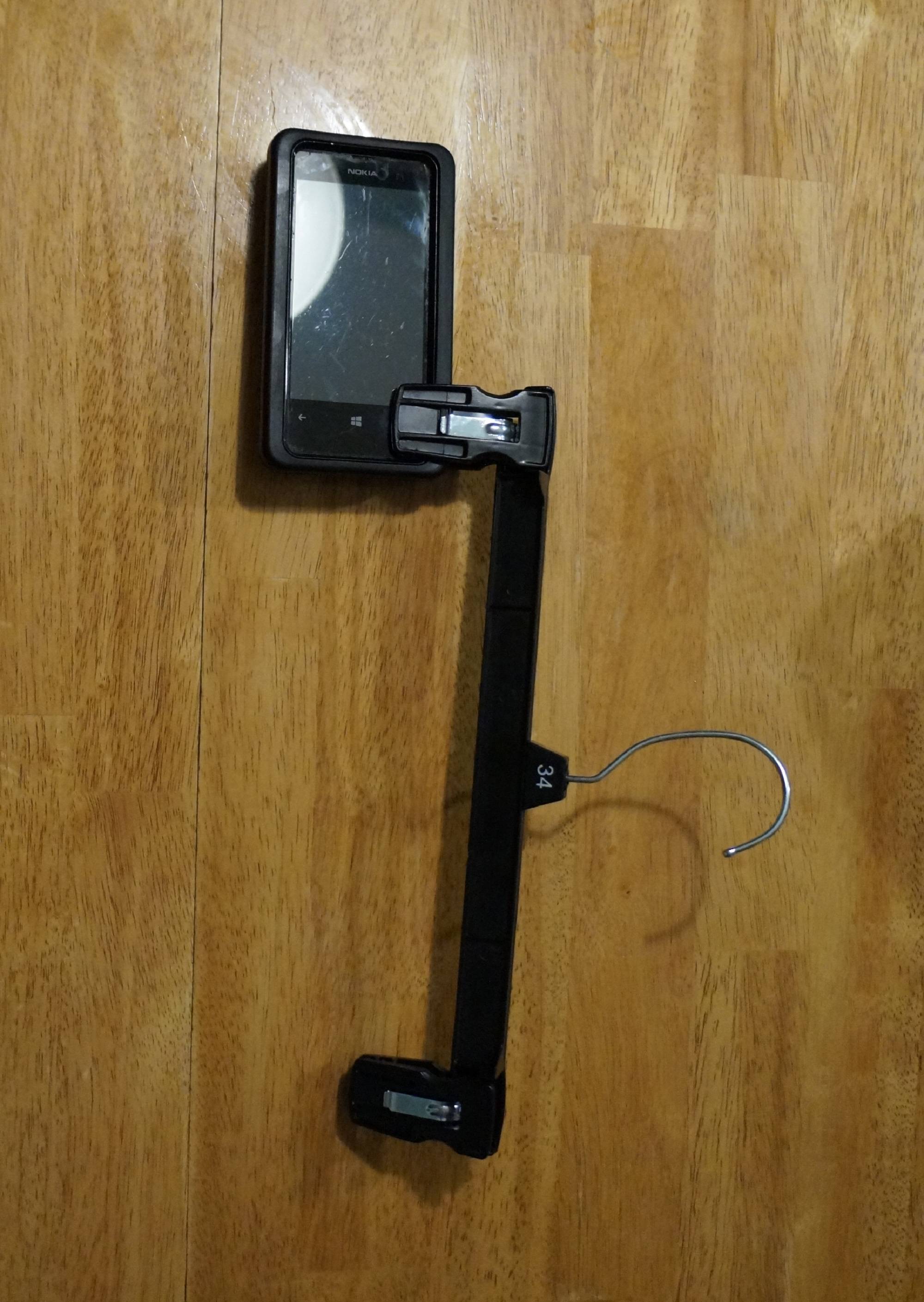 Blocking Passageways
The second largest pet peeve is visitors who block walkways, doorways, and exits. This has always been one of my biggest due to the fact that I push someone in a wheelchair. Even trying to keep our distance, people still manage to stop dead in their tracks, without even noticing there is anyone else around! Parties walk shoulder to shoulder slowly, which really bogs down high traffic areas in the main streets of Diagon Alley and Hogsmeade. So many people are trying to get photos of the fire breathing dragon on the top of Gringotts, or Hogwarts Castle, that the crowds can be thicker than the pea soup at the Leaky Cauldron! 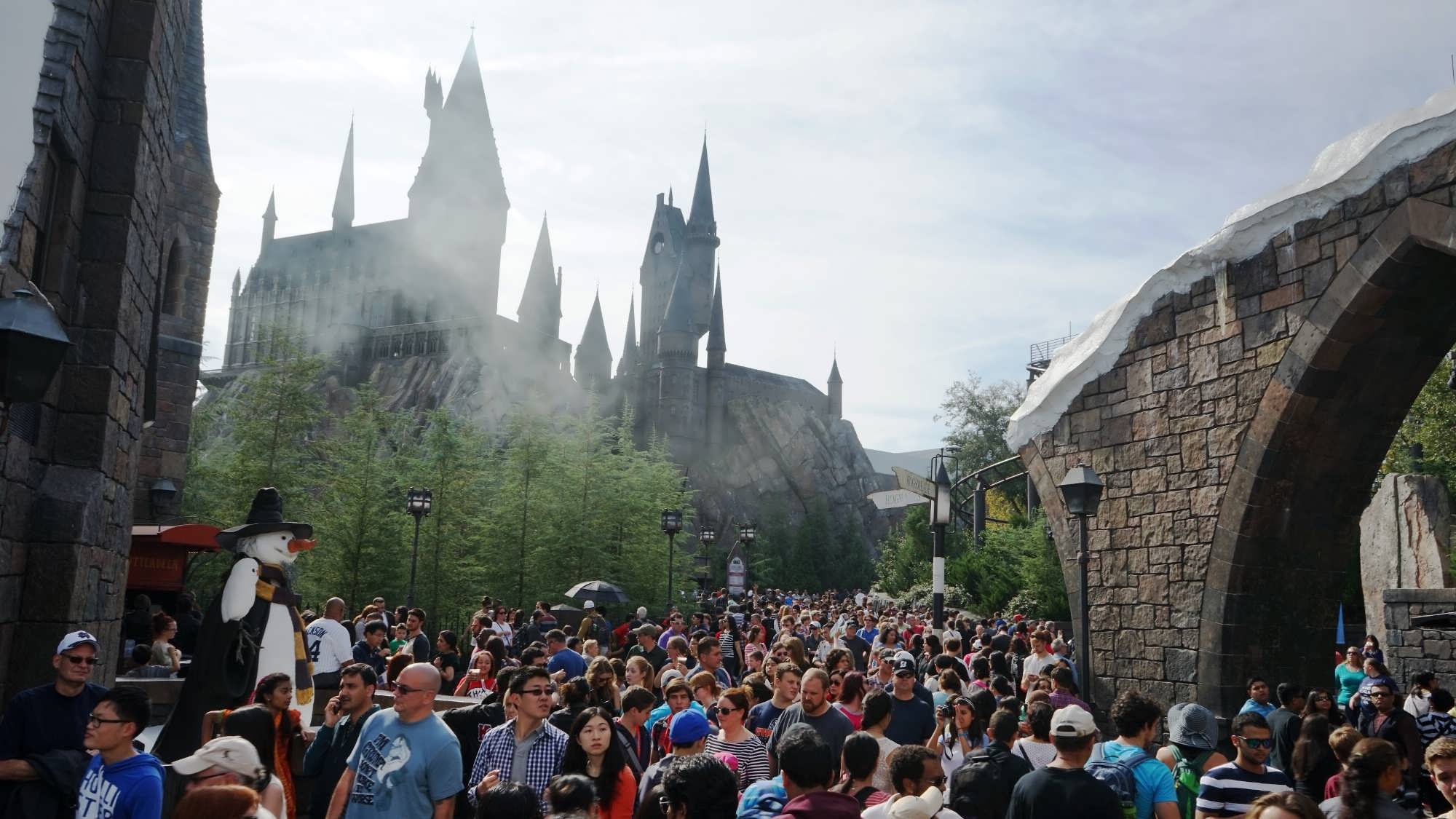 Even more troubling is when you’ve just gotten off rides and are trying to exit through those gift shops. The problem is these shops are loaded with those anxious to touch every shirt, memento, and toy on the shelves. Not to mention check out their outrageous expression in their ride photo!

Solution: Please pay attention of your surroundings and remember to move to the side to allow others to pass when you stop moving. Everyone understands the excitement of not wanting to miss a thing, but please remember there are other people trying to get through these same spaces.

Queue Jumping
Next comes queue jumping and saving spots in line. This is spotted a lot with tour groups, especially teens (so say forum members); you know, the ones all wearing the same t-shirt. One or two people enter a queue and rest of the group comes through later, usually not even voicing “excuse me” through the line until they reach their place holder(s). Alternatively, they literally jump the rails or duck under chains in the queues rushing past the rest of us who have been patiently waiting. We had this happen recently as we were exiting the Gringotts preshow room, when two young guests who were antsy hopped right over our daughter’s lap and legs to get in front of us! If you see this kind of behavior while at any park, make sure to alert the nearest employee. More often than not, the guest will be given an warning, removed from the line, or in some cases even removed from the park.

There seems to be a general lack of manners – “Freddyglove” summed up this Pet Peeve nicely: “…a little politeness goes a long, long way. We all get excited, and sometimes even overstep our usual bounds to make mistakes – knock a drink over, speak a bit too loudly, step on someone’s heel, elbow someone, pile drive an annoying teenager, accidentally cut in line…Just say you’re sorry, remedy if you can, and that’ll quickly rectify it- no harm, no foul. Just have respect for your fellow man (and woman)!”

Other Peeves
Talking while on the ride, taking flash photography and not obeying ride attendant’s instructions are bugging several commenters.

Remember, although you want to have fun with your group, chat before and after you ride! Even though you’ve been on a ride many times and know the dialog right down to the inflection of the dialect, please don’t repeat it out loud! There are guests who have never been on the attraction and this may be their only trip. Please let them hear the audio without your rendition!

Learn how to turn off your camera’s flash prior to using it an attraction or show that permits photography. Most are not that difficult to operate and besides, most times your photos will turn out better if you don’t use that flash.

Listen to Team Members (or Cast Members) and respond appropriately: If you’re told to move down to the end of a row of seats and not stop in the middle, do it! Stopping to get that prime seat in the center holds up the start of the show when the employee is required to go and ask people to keep moving. Know how many people are in your party: many of us have seen people stop and count the number in their group. If you’re told to wait in row 2, don’t jump in front of the people who were waiting in row 1 as the ride gates open.

Some posters talked about American restroom stalls, smoking out of designated areas, jumping in front of others when the queues merge down to a single row (E.T. is one example of where this can occur), and parents who allow their children to get away with disgusting behaviors. Maybe we’ll go in to detail about these another time!

Until then, I invite you to join the discussion in the comments below and voice your biggest pet peeves we might’ve missed!

Please remember that Special Needs Are Universal is still active and we welcome your disability/special needs questions. You can contact debi by posting here, using our forum private message system, or at specialneedsareuniversal@hotmail.com.