The theme park queue of the future

It goes without saying that the most critical aspect of a theme park ride is the ride itself. But there are, of course, other elements that are nearly as important in sealing the theming deal. Of these ancillary facets, perhaps none is as fundamental to the guest’s experience as is what has historically been viewed by all involved as the most boring: the queue.

Much like how the build up to the holiday season is somehow more magical than tearing through presents on Christmas Day (or, even, how planning an Orlando vacation can oddly be more rewarding than actually running from stop to stop at the park), it is the queue that sets the mood, builds anticipation, and even provides essential exposition in the way of backstory (a point which was reinforced to me – to my detriment – when Express Passing my way on to Revenge of the Mummy and Men in Black: Alien Attack). This is Universal Creative’s only chance to transition visitors from outside to narrative reality, and missing this opportunity results in a lot more than wasted time for bored attendees. 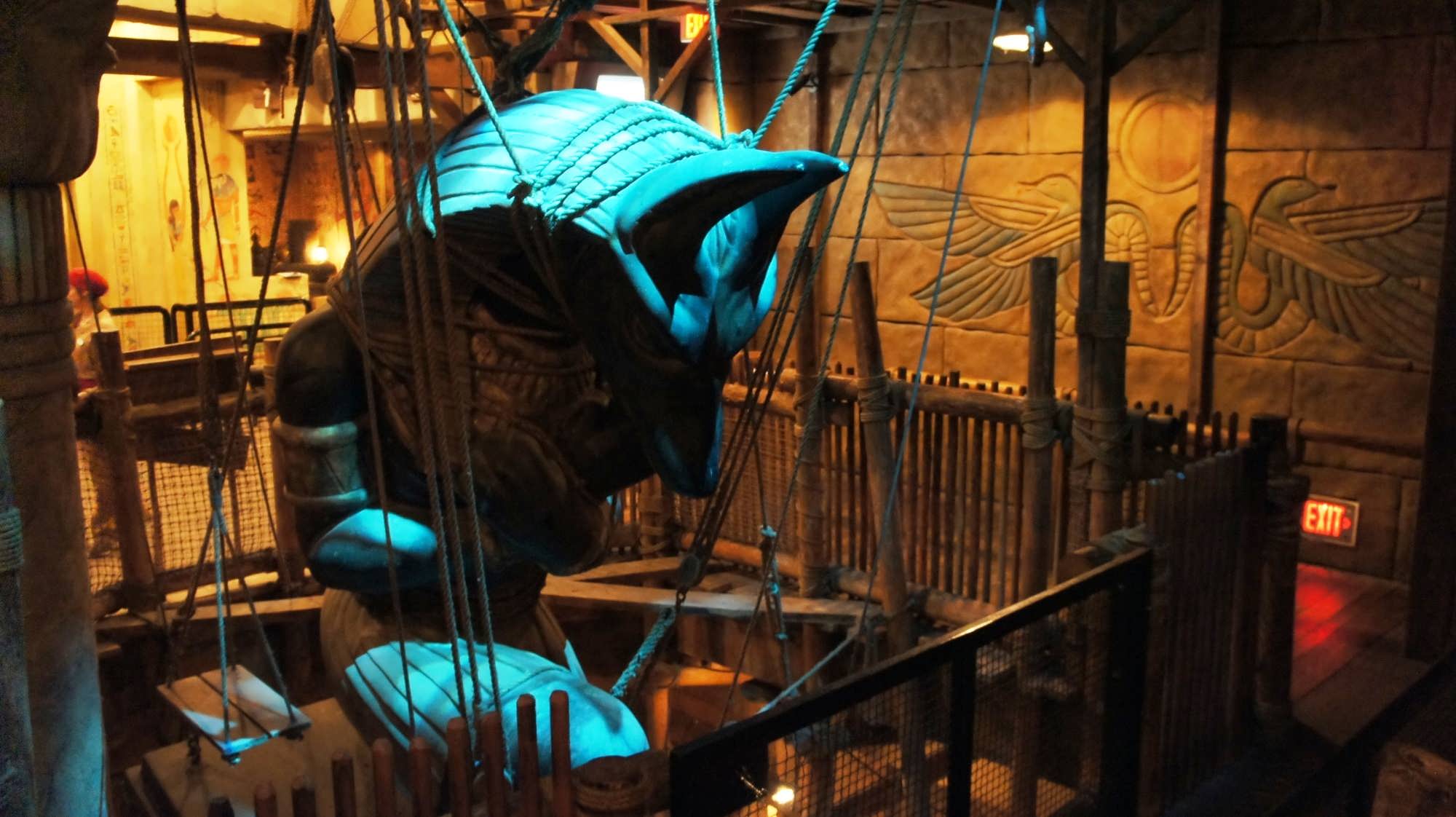 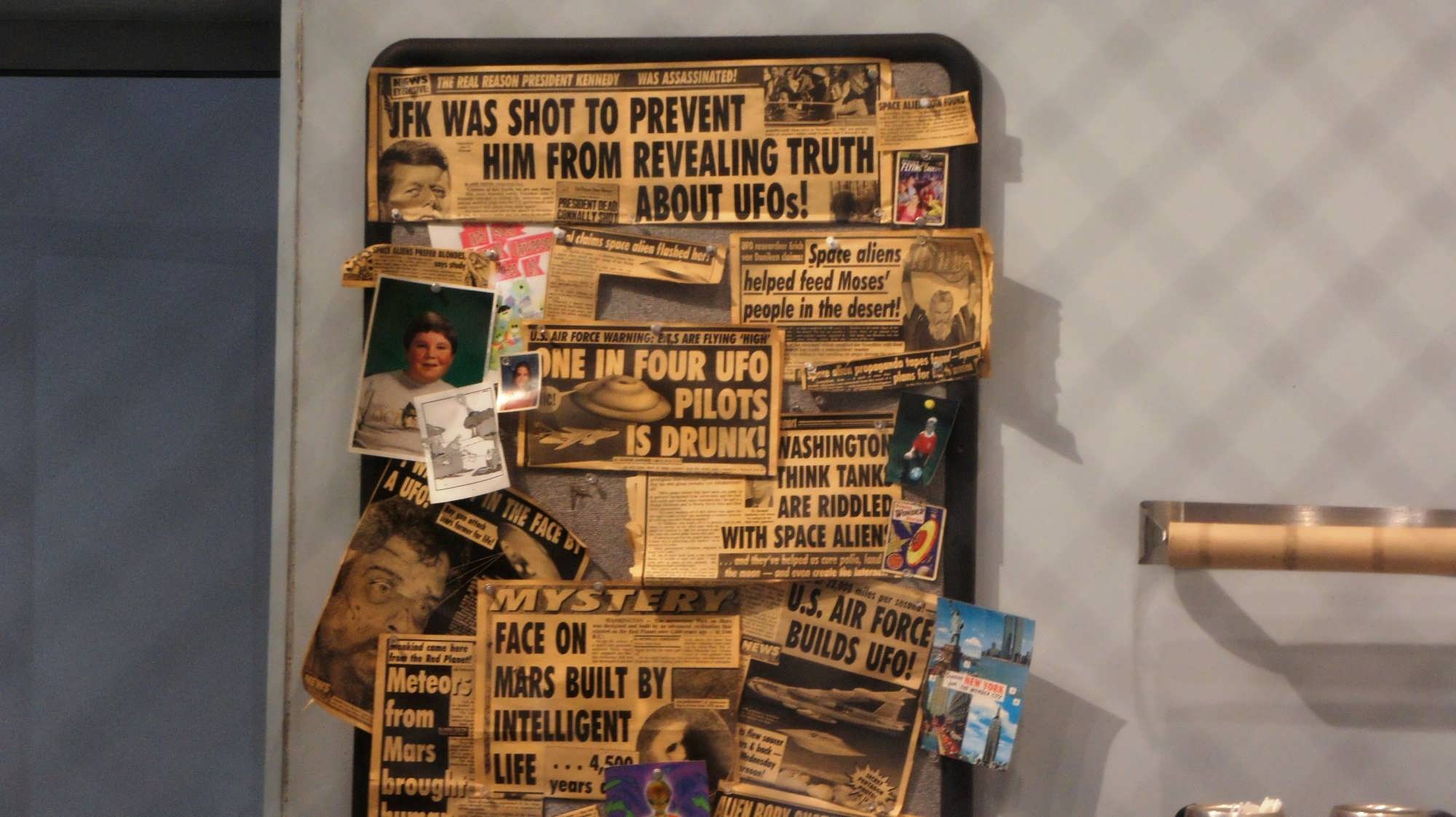 Fortunately, maximizing the queue space has been something of a growing trend these past two or three years. In the Wizarding World of Harry Potter — Hogsmeade, Dragon Challenge’s line strings visitors through environments, replete with actual props, from the source material, even going so far as to pipe in dialogue from the movies to help literally set the scene for anxious riders. And this is nearly mastered — though, obviously, not perfected — in Harry Potter and the Forbidden Journey’s queue, which famously doubles as a tour through Hogwarts Castle, incorporating a significant number of locations, actors, and musical beats from the film franchise. By the time the guest is strapped into his ride vehicle, he truly feels as if he’s slipped into a different world.

Not to be outdone, Walt Disney World has opted to achieve a greater sense of immersion by pursuing what is quickly shaping up to be the next Holy Grail in theming: interactivity. While standing in line for the Haunted Mansion at Magic Kingdom, crowds can play the attraction’s theme by activating different combinations of musical instruments on a tombstone. And Dumbo, pushing the envelope even further, now features no queue at all – a play area under the Big Top Tent replaces the gruelingly long line, allowing children to zip around on slides and trampolines while the parents wait for their restaurant-esque pagers to notify them that it’s time to hop on the ride.

These are certainly steps in the right direction — and lightyears beyond what can be found at parks like, say, Cedar Point, which is only two hours away from me here in Cleveland but features coasters that take even longer to get on (and all through endless stretches of stainless steel railings that loop together in holding pens) — but they still represent attempts at merely entertaining attendees, at best, or distracting them, at worst. If immersive interactivity is truly the way of the future, then it needs to be deployed in a truly interactive way, and one that blends the ride and its surrounding experience together cohesively and flawlessly.

The trick to doing this, I suspect, lies in the underlying narrative, which is, after all, the glue that has always held the entire theme together from the very earliest of Walt Disney’s days. What if, instead of being displayed on strategically placed TVs, story segments played themselves out around visitors? Audio-animatronics could play a role here, but so could more traditional media, like projected images that follow a guest as he slowly makes his way along a corridor. Instead of endlessly looping clips — or, even, slight variations on the theme (no pun intended), such as the two different spells that Harry, Ron, and Hermione cast on the crowd in Forbidden Journey — new material would activate, so that the longer one waited in line, the more story she would experience? And what if this constantly unfurling storyline was dynamically generated, maybe even in response to overheard snatches of conversation between park-goers?

What I have in mind, I suppose, is an attraction-within-an-attraction (just as the Wizarding World is supposed to be a “park-within-a-park”), one with its own show elements that all exist to segue — seamlessly — into the ride proper. If done properly, visitors wouldn’t even know that the queue had ended — or, indeed, that the attraction had any discernable wait time at all. Think of a ride based on, say, The Shining which featured a haunted house as its queue, filing guests through progressively scarier rooms (longer wait times could be handled by routing crowds through normally-sealed-off paths) until, finally, they boarded the ride vehicle and were terrorized even more — and at a level that would have literally been otherwise impossible.

There is no greater sense of immersion possible.

Do you think the future might be here starting with King Kong next year? Sound off below.

Why the Wizarding World is the most magical place on Earth