The next top-secret Universal project is…

Yes, Universal’s mandate to open at least one new attraction a year has largely focused on Universal Studios Florida since 2012, and, yes, of all the lands inside Islands of Adventure, the one that has repeatedly gotten the short end of the stick is The Lost Continent (thanks to the ever-more-encroaching Wizarding World of Harry Potter – Hogsmeade).

But all of that just might be about to change.

By putting on our Carmen Sandiego gumshoe hats, we here at OI HQ have been noticing some sudden and otherwise inexplicable movement on the Lost Continent front, pointing to the possibility of revamped attractions, at the very least, or a whole new set of experiences, at the very most (though that shouldn’t be confused with replacing the island whole cloth – sorry, Harry Potter/Willy Wonka/Star Trek fans).

Before we get to the juicy details, however, it’s important, like the true theme park nerds we are, to put the possible development in its proper context.

The Lost Continent loses its way
One of the park’s six original lands, The Lost Continent not only was its biggest, it was also, arguably, its most prestigious; while Marvel Super Hero Island may have boasted the most advanced attractions at the time, and Jurassic Park had a hugely popular franchise behind it, Lost Continent featured an all-star creative lineup culled directly from Walt Disney Imagineering that had quit the Mouse House after their project, the proposed Beastly Kingdom land at the also-under-construction Animal Kingdom, was cut due to budgetary considerations. 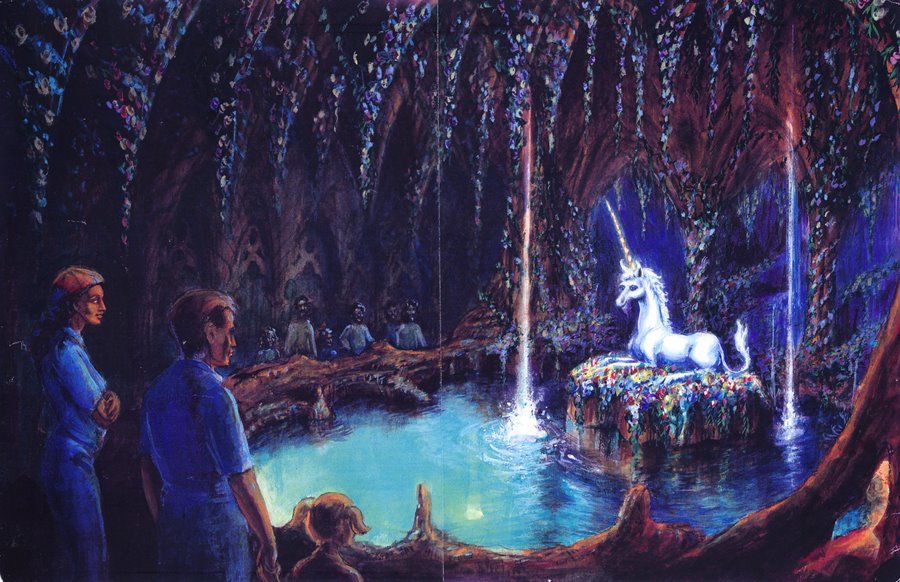 (Just a brief – and somewhat ironic – history lesson: Beastly Kingdom was to have been the sole corner of the park that would have been devoted to mythical creatures, featuring such legendary beasts as unicorns and dragons [which should sound familiar to visitors of the original Lost Continent]. Once its plug was pulled, it was replaced by Camp Minnie-Mickey, which ended up becoming one of the very first manifestations of the modern Disney ethos: character meet-‘n-greets and stage shows over dark rides and other traditional attractions. Now, however, this particular swath of real estate has come full circle, as it will be the home of the upcoming Pandora: World of Avatar.)

The original version of Lost Continent – which consisted of the Lost City, Sindbad Village, and Merlinwood – stood intact for nearly a decade, before the last third of it was broken off and renovated into Hogsmeade Village. Most observers thought it would only be a matter of time before the phenomenon that is Harry Potter gobbled up the rest of the only island to not be home to a licensed property (with most rumors pointing to the area being devoted to the dark and dangerous Forbidden Forest that butts up against Hogwarts Castle), but it turns out they were only partially right; in 2014, when Universal opened up the second Wizarding World, Diagon Alley, next door at Universal Studios Florida, another slight tract of land was sliced off to make a kind of transition area from The Lost Continent to Hogsmeade (and, also, to allow passengers disembarking from the park-hopping Hogwarts Express to remain in-experience).

Despite the land’s continued survival, its relevance to both Islands of Adventure, specifically, and themed enthusiasts, generally, has been fatally affected; after the first Wizarding World claimed half of its attractions – Merlinwood’s Flying Unicorn and Dueling Dragons were transformed into Flight of the Hippogriff and Dragon Challenge, respectively – only the rather lackluster Poseidon’s Fury walk-through attraction and Eighth Voyage of Sindbad stunt show remain, and the fact that they are easily the worst attractions at the park has made Lost Continent something of a standing joke. The only reason to spend any sort of extended time at the island – besides admiring its breathtaking theming, of course – is to eat at the impeccable Mythos, which has largely been considered the best theme park restaurant since its opening 16 years ago. 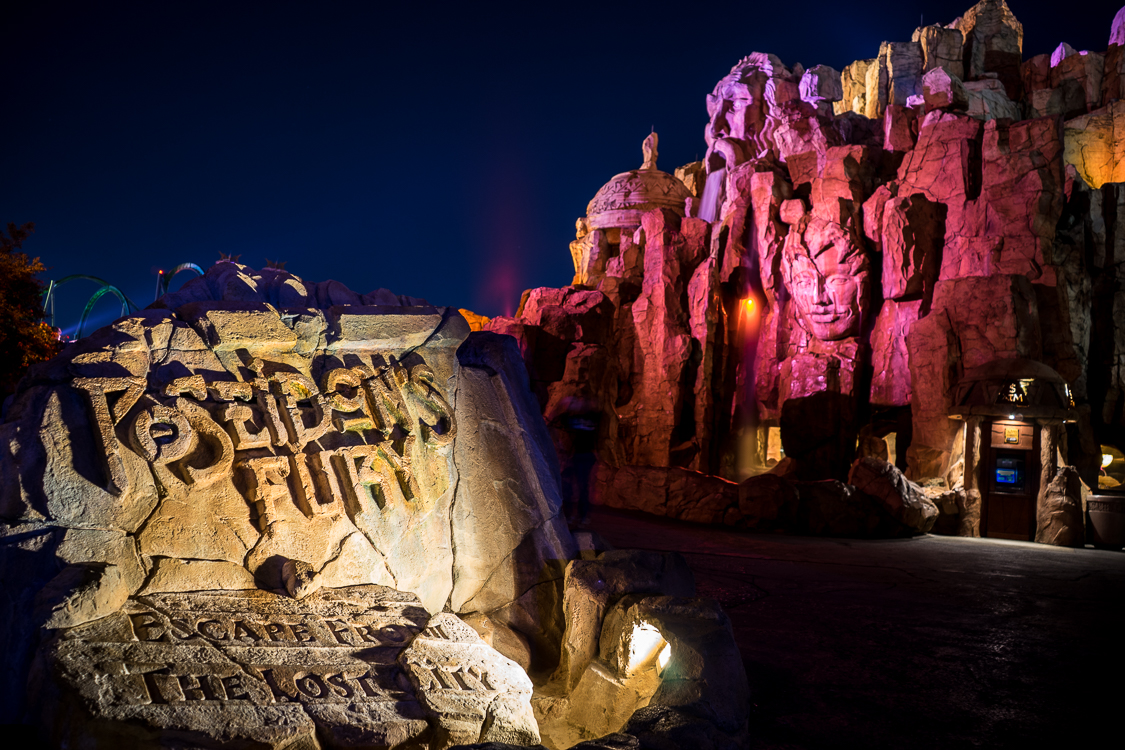 If ever there was a time to fix the sinking ship, now would be it, with Hogsmeade having received an interactive wand makeover last year and the legendary King Kong moving in next-door to Jurassic Park next year.

Fortunately, it seems as if Universal agrees.

Reworking Poseidon’s Fury
Just this week, we received a rather nebulous, but nonetheless very exciting, message from one of our inside sources that a reworking of Poseidon’s Fury is, well, in the works.

What, exactly, does this entail? Let’s be clear upfront: although we have yet to get exact (follow-up) information on this front, we’re extremely doubtful that Universal will gut the interior of the attraction and erect a wholly new one. And, indeed, if our assumption is correct, this wouldn’t be the first time that the company has gone back to the drawing board to tweak Poseidon’s pre-existent elements – although guests now get caught-up in the middle of a face-off between the evil Darkanon and the benevolent Poseidon alongside a helpless archeologist tour guide, original visitors witnessed a vengeful Poseidon being bested by the almighty Zeus (who just so happened to be your guide in disguise, but of course).

Another revision along these lines would be the most logical conclusion. And it may very well end up delivering the greatest bang for the company’s buck, financially as well as creatively – should a strong, dynamic, and less-cheesy story (and tour guide!) be installed to match the attraction’s meticulous theming and still-impressive special effects (highlighted by the sometimes-working water vortex tunnel), what is easily the most forgettable of Islands of Adventure’s stops could become the new flagship of Lost Continent, possibly even taking the mantle away from Mythos.

Re-staging The Eighth Voyage of Sindbad
Just to prove that Universal is serious about giving its most neglected theme park land a true facelift, it seems that a renovated Poseidon’s Fury will be accompanied by an overhauled Eighth Voyage of Sindbad stunt show. Although not as tinkered-with as its Lost Continent counterpart, the argument has long been had that it should be – when the fact that its beautifully impressive set was completed before its script was even written is combined with its action-over-story presentation, it makes for an experience that is even more hollow than Poseidon’s (and that’s saying a lot!).

With Universal posting an ad on its auditions site for male and female stunt performers who possess the “newly-added skills of parkour and the following martial arts forms: Cappoeira, Tae Kwon Do, [and] MMA” expressly for Sindbad – an ad, incidentally, that we were the first to spot – it would seem that this will, indeed, be another instance of retaining an attraction’s trappings and attempting to inject new (and, hopefully, more narratively fruitful) life into it.

Although perhaps not as exciting as, say, Skull Island’s or Volcano Bay’s imminent arrival, it does point to Universal’s continued commitment to upgrade or otherwise refurbish all of its attractions at both of its parks, presenting its guests with the most thematically immersive and dramatically satisfying lineup as possible. (It also points to the company keeping The Lost Continent around for at least the foreseeable future, which is a huge insight into its current state of mind in and of itself.)

And lest readers walk away too underwhelmed by Universal Orlando’s next top-secret project, we’ll be happy to leave you with this final nugget: given the nature of the renovations and the speed with which the company has tackled other recent developments, we wouldn’t be surprised at all to see the newly updated Lost Continent arrive as early as this summer, complementing the new Garden of Allah Villas attractions over at USF.

Is it about time that Universal tries to salvage its Lost Continent mess, or should it instead be focusing its efforts on creating a whole new theme park land? Will you make this area of IOA a must-do now? Tell us below.