It’s safe to say that we’re currently in the second phase of Universal Orlando Resort.

If the first phase started in 1999, when Islands of Adventure, CityWalk, and the first of the on-site hotels, Portofino Bay Hotel, all opened (and when the resort was temporarily – and confusingly – named Universal Studios Escape), the second and current one began in 2010, with the opening of The Wizarding World of Harry Potter – Hogsmeade, and has continued on to the present day, encompassing a hitherto unseen level of expansion and construction in the theme park industry, starting with Despicable Me: Minion Mayhem and Transformers: The Ride 3D and going all the way to last summer’s Diagon Alley and Cabana Bay Beach Resort.

And as impressive as that lineup has been over the course of the past four years, the next two or three look to be even more staggering. After this summer’s smaller attractions debut, the mammoth Kong: Skull Island addition at Islands of Adventure and a new hotel, Sapphire Falls Resort, will bow in 2016 (along with, just perhaps, a few surprises along the way), followed in 2017 by the company’s first-ever built-from-the-ground-up water park, Volcano Bay (which is looking more and more to be a truly revolutionary experience all-around). 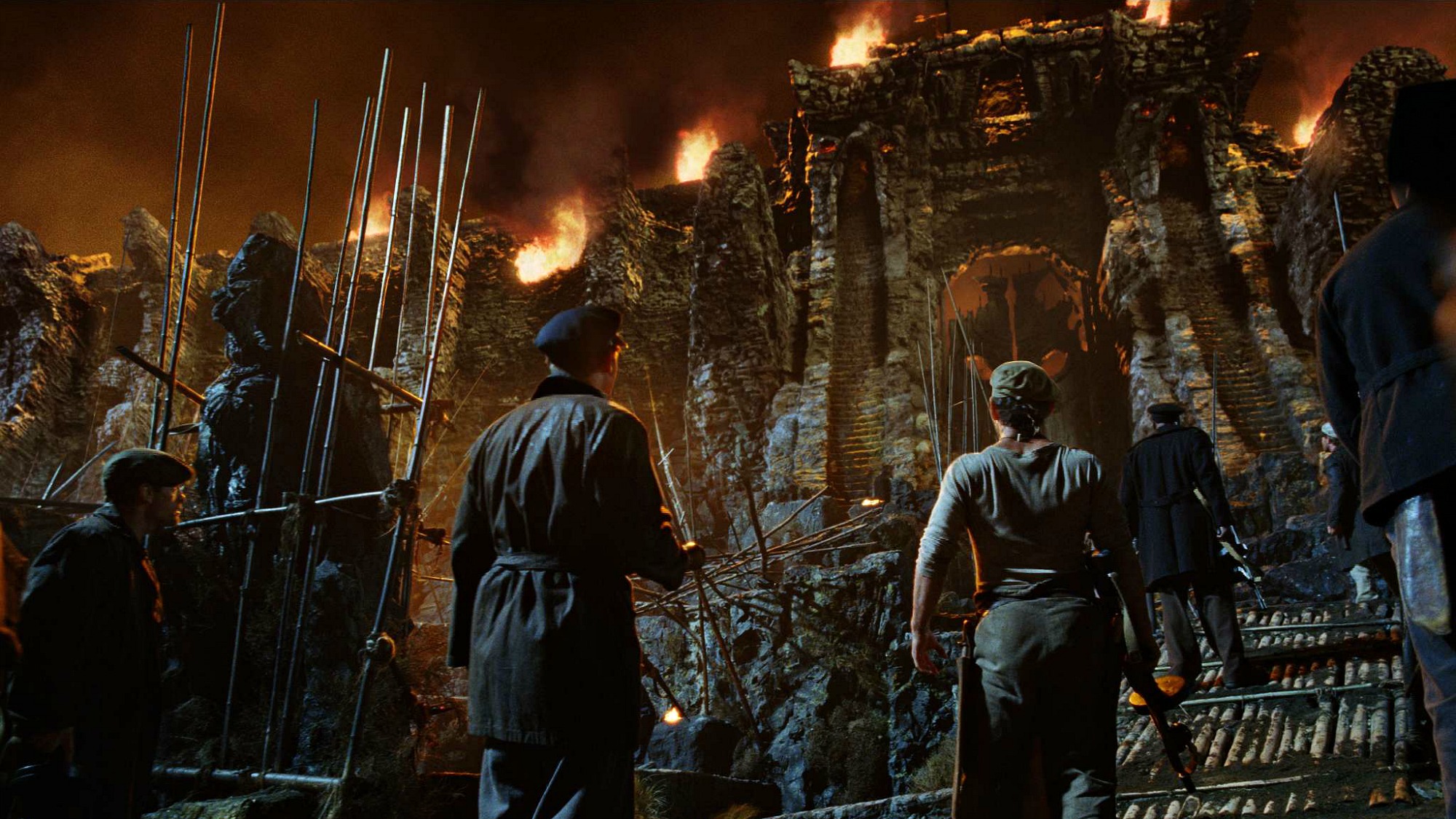 At this point, it’s natural to take a deep breath and wonder about what the next phase of the resort’s life-cycle will look like, especially considering that, by 2018, Disney will finally get around to enacting its own counterattack and unleash some much-needed upgrades and updates of its own to Walt Disney World: a Frozen ride at Epcot, the much-ballyhooed Pandora: The World of Avatar at Animal Kingdom, and, just perhaps, Star Wars Land at Hollywood Studios, which has seen more than its fair share of delays (and, one can hope as a result, expansions).

While it’s way too early to nail down a huge number of specifics as to what Universal Orlando will be like come 2018 (Universal and its new corporate owner, Comcast, after all, have had a rather nasty habit of changing their minds at the last possible moment), there is actually a fair amount of scuttlebutt and corollary speculation to delve into – and what’s there already has us salivating in anticipation.

What’s on tap?
This is what we know – or, at least, what we think we know – at the moment.

First and foremost, there are a few projects currently scheduled to open at both Universal Studios Florida and Islands of Adventure from 2018 onward. The best-known and most-talked-about of these is, of course, the third Wizarding World, the Ministry of Magic, which will more than likely take over Fear Factor Live and its corresponding area, including, possibly, an expansion pad that has been left unused since 1990. We also expect to see some continued upgrades to pre-existing attractions and areas all over the resort, not unlike how Universal added the interactive wand experiences to Hogsmeade last year.

This is the one element that Universal has been the most upfront about. Once Sapphire Falls opens next summer, the company will be in the ballpark of having 5,200 hotel rooms on site, which is a fairly decent amount but which is still only halfway to its ultimate stated goal of (at least) 10,000. We should expect to see no fewer than three more venues popping up by the end of the decade, probably continuing the average of 1,000 rooms per property, although it wouldn’t at all be surprising if all 10,000 rooms were up and operational by 2020; considering that the company will have opened a staggering 2,800 rooms within a two-year period once Sapphire bows, the sky’s pretty much the limit here.

Although it is obviously too early to determine just what these new properties will entail, it’s probably safe to assume that an ultra-high-end luxury hotel, as has been talked about for the past several years in the rumor mill, will be the first on the list, particularly after Cabana Bay and Sapphire Falls will make over half of the available rooms thus far skew towards the value- or moderate-priced market.

The crown jewel of Universal Orlando’s phase three, however, will undoubtedly be a third theme park, which the company has been fantasizing about ever since the mid-‘90s, when Islands of Adventure and CityWalk were initially being sketched out. Although this mythical third gate has been talked about on and off again ever since, there is absolutely no word on what, exactly, it would consist of – although there are some clues from the historical record that may help us guess. More on that in just a moment.

Wait – how are they gonna pull all this off?
Doubling the number of hotels, cramming a dozen new attractions in, and tacking on a third 100-acre park sounds amazingly exciting, but just where would it all go? The resort has pretty much already tapped out its 840-acre footprint, especially once Volcano Bay opens in 2017, as our readers have already pointed out.

It turns out there’s actually a number of ways all these new expansions can be accommodated. One rumor that’s recently been floated our way suggests that Universal may possibly be looking into the removal of several backstage areas surrounding Universal Studios Florida (there’s a lot more clustered around it than at Islands of Adventure) to another location, which would then free up at least several more acres – and knowing how good Universal is at maximizing space, this could potentially serve as the ground for several new experiences alone. 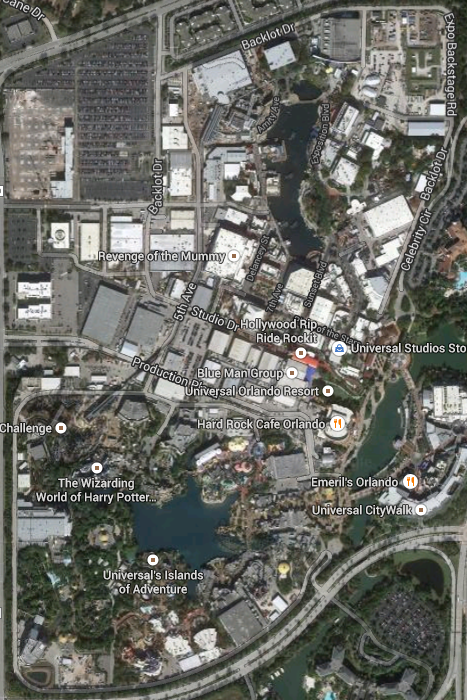 But the real path forward here would seem to be what Universal had in mind some 20 years ago, when it first announced its plans for transforming its single theme park into an entire resort: building a second, far larger site down the road a few miles.

Back in 1998, anticipating that Islands of Adventure, CityWalk, and the on-site hotels would be popular enough to propel further construction, the company purchased a whopping 2,000 acres of land from Lockheed Martin close to the Orange County Convention Center. Here, it planned to build a second CityWalk, two 18-hole golf courses, a tennis complex, 700 time-share units, and an additional 13,000 hotels rooms (if not more). A third theme park was also to be housed here, aimed at families with children (it was envisioned as a direct competitor to Magic Kingdom), followed by a fourth park(!) by 2010.

The two fatal problems with this scenario were both financially based. First and foremost, Universal Orlando didn’t perform anywhere near the company’s expectations, causing Universal to turn off the money spigot on all future developments, no matter where they may have been located. Secondly, the newly-acquired real estate was originally used by Lockheed to test missiles, which resulted in over 80 tons of toxic waste accumulating on it – and cleaning it up was going to cost some $40 million, nearly twice as much as Universal had initially expected. By the time Vivendi broke the bank to purchase Universal (in 2000), it was looking for ways to recoup its investment as quickly as possible, and selling the 2,000 acres was one of the first things on its list.

While it may be nearly impossible to re-purchase that exact same swath of land, given its current set of owners and the continued need to clean certain sections of its hazardous materials, the idea behind the development is still sound – and, perhaps, necessary. The possibility of a second dining/shopping/entertainment district may be even more viable today than at the turn of the century, given CityWalk’s continued popularity as Orlando’s go-to nightclub spot, and even if the company were to settle for a parcel of land that is the same size as Universal Orlando, there would be still be more than enough room for several more hotels – and, even, the time-share units, should the company decide to try a third time for that particular piece of real estate (it was recently forced to drop the idea from its makeover of Universal Studios Hollywood, as well). 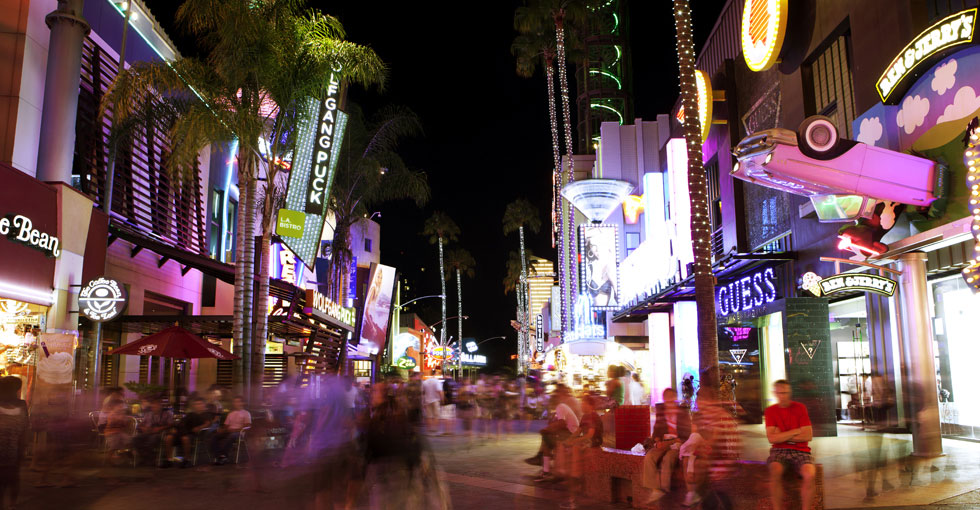 A theme park to rival Magic Kingdom’s familial magic? A variety of hotels that will cover every demographic and nearly every theme? Two areas devoted to the culinary delights of The Cowfish and Antojitos? And the possibility of Universal finally being able to make Disney feel its presence?

The future is more than bright – it’s positively nuclear.

What should Universal do over the course of the next five years? What do you think should be added to the plan? Sound off in the comments below.