Welcome to THE BIG 5, a definitive top five list of various Orlando related, uh, stuff. THE BIG 5 is wide ranging, and will run the gamut from the top five drink options at Universal Studios, to the top five restaurants on I-Drive, to the top five reasons Stitch’s Great Escape should be immediately imploded no matter how many guests are inside, and everything in between.

To view all of THE BIG 5 entries, click here.

This week’s list is tough to describe. I wanted to call it the top five theme park related periodicals, but a little research clued me into the stunning fact that books don’t count as periodicals. I don’t think there are five good theme park related periodicals, so I had to combine them into a new magical category that includes magazines, books and who knows what else the BIG 5 crack staff would find. So allow me to introduce this week’s BIG 5: The Top Five Theme Park related books, magazines, or anything else that has a bunch of words and stuff.

As always, a rather large research team was given this mission with inexhaustible resources. Here are the results in descending order: 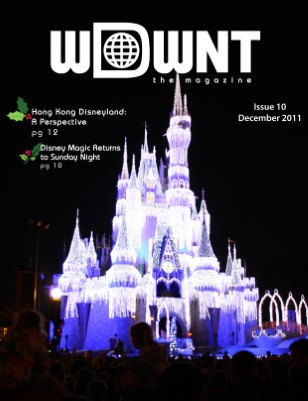 This might be the number one spot for many people because it has the one trait none of the others in the BIG 5 have… IT’S COMPLETELY FREE. All you have to do is a quick download to your computer (or even better, your iPad) and you can read WDWNT: The Magazine. I recommend reading it in the apps Blio or MagCloud. I flip through the absurdly overpriced D23 magazine at Barnes & Noble and, even if it was free, don’t consider it anywhere near as fun for Walt Disney World fans to read as WDWNT: The Magazine.

Full color, with some amazing photos, WDWNT: The Magazine is For Disney Fans/By Disney Fans. The latest issue (#12, celebrating one year of the magazine) has some true highlights including a great pro/con look at the Disney Dining Plan and a full on transcript of The Timekeeper attraction. Something new also started in this issue, an original story based around the Sorcerer’s of the Magic Kingdom game by Scott Smith. That’s some outside-the-box thinking, and I’m all in on that. 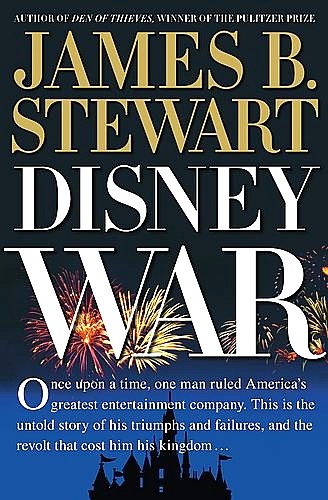 #4 DisneyWar: By James B Stewart

There are so many non-fiction books based on Disney, but the problem for me is that 90% of them are pure fluff. DisneyWar is a massive tome (clocking it at over 550 pages) that looks at almost all of the various assets of the Disney empire, with incredible behind the scenes stories.

I grew up with Michael Eisner as the guy I would see introducing the Disney Sunday Movie. As a kid living in New Hampshire at the time, years before the Internet and DVD, the Disney Sunday Movie was pretty much my only connection to Disney World. I looked forward to it, and especially the Eisner introductions, with the same passion I look forward to new episodes of The Walking Dead and Big Bang Theory today. To me Michael Eisner was the nicest person on Earth. I grew up, and learned more of what Michael Eisner was really like, both the good and the bad, but DisneyWar lays everything out on the table.

DisneyWar is an exhaustively researched book on the rise, and fall, of Michael Eisner as the head of Disney. A fascinating look at his fast track up through the Hollywood food chain, the fanfare of taking over Disney, and the inevitable downfall of a man who had seemed to lose touch once achieving absolute power. The book covers just about every part of the Disney empire you want to know about, feature animation, the theme parks, the movies… all with juicy details and jaw dropping information. 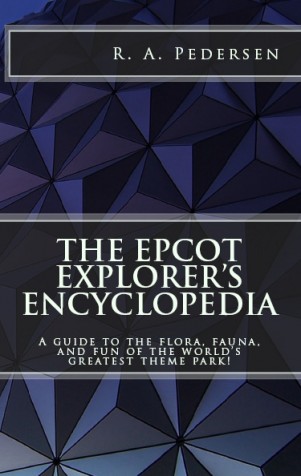 If you are a fan of EPCOT, and let’s face it, if you’re reading this you’re a fan of EPCOT, you need this book. Period. The Epcot Explorer’s Encyclopedia is your one stop shop for the entire history of one of the most unique theme parks ever made. Every single attraction (both old and new) get their own chapter with a full run down of how they came to be along with a complete description of what they are/were. The book goes scene by scene through Horizons. It goes through the various incarnations of the Imagination pavilion. Each country in the World Showcase gets its own chapter as well.

Equal parts heart and sarcasm, author RA Pedersen displays a clear love of Epcot along with a good sense of humor. There are no pictures, and despite it’s snarky nature at points this is a serious book for a serious Disney fan. This is the closest I have seen everything that is Jim Hill captured in a book, and I can’t give higher praise than that. 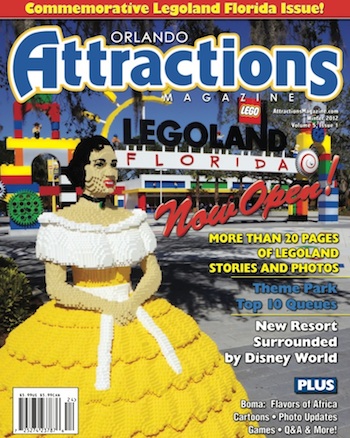 Growing up, I loved getting the Disney Magazine, although it really wasn’t all that good. There’s just something I like about a good magazine and Orlando Attractions Magazine is one of my favorite theme park related items. I like it so much I always send up issues to friends and family that are preparing for a trip down to Florida.

Full color, with fantastic photos, Orlando Attractions Magazine covers everything. Disney, Universal, SeaWorld, Legoland, and all of the little attractions throughout Orlando (and surrounding area) that make this the vacation capital of the world. Like all good magazines it also includes the “little touches” like a letters page and caps off with some really fun theme park themed comic strips (“Bemusement Park” by John Green and Pat Lewis). Nothing gets me more excited about what’s going on in Orlando than when the new issue of the magazine is released. Hotel and restaurant reviews, interviews with people in the theme park industry, games, coverage of every major ride opening, to quote Stan Lee “THIS ONE TRULY HAS IT ALL!” If you live outside of Florida and are always looking for that “theme park fix,” subscribe to this magazine as fast as you can. 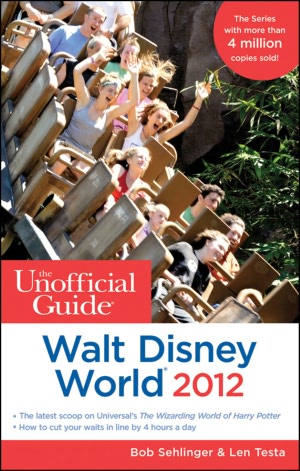 The Holy Grail of theme park books and so good I buy a copy every single year even though I’m not sure how much in it actually changes. The addition of Jim Hill’s “factoids” were a very nice touch, but the nuts and bolts of The Unofficial Guide is the insane amount of research put in to every aspect of a Disney vacation.

The Unofficial Guide gives you just about everything you could possibly want to know about all the hotels (both on and off property), restaurants, rides, transportation, and anything else under the sun in Orlando. There is no better planning tool available if you are planning a Disney trip. Maps, detailed charts, full on ride descriptions and reviews, if you can’t find what you are looking for in the Unofficial Guide, it doesn’t exist. One of the men behind The Unofficial Guide, Len Testa, is a cohost on the WDWToday podcast, and often gives fascinating information on how the data is collected for the book. The Unofficial Guide is the “Freakanomics” for the theme park fan community and should have a prominent place on your bookshelf.

That’s it for this edition of the BIG 5! We’ll see you again real soon. But before we go, can someone please get the http://firstworlddisneyproblems.tumblr.com a book deal?!!

2012 Bands, Brews & BBQ at SeaWorld Orlando: A review from a first-time attendee

The Pub at Pointe Orlando – a review

Hello there, I believe your website might be getting internet browser compatibility issues. Whenever I take a take a look at your blog in Safari, it looks fine however, when opening in I.E., it’s some overlapping issues. I just wanted to provide you a…