Ten things discovered during a weekend at Disney World

Over Columbus Day weekend, my family and I visited Walt Disney World. We went to the Magic Kingdom (MK) on Saturday and Disney’s Hollywood Studios (DHS) Sunday. I wanted to pass along ten things I discovered during our adventures this weekend. 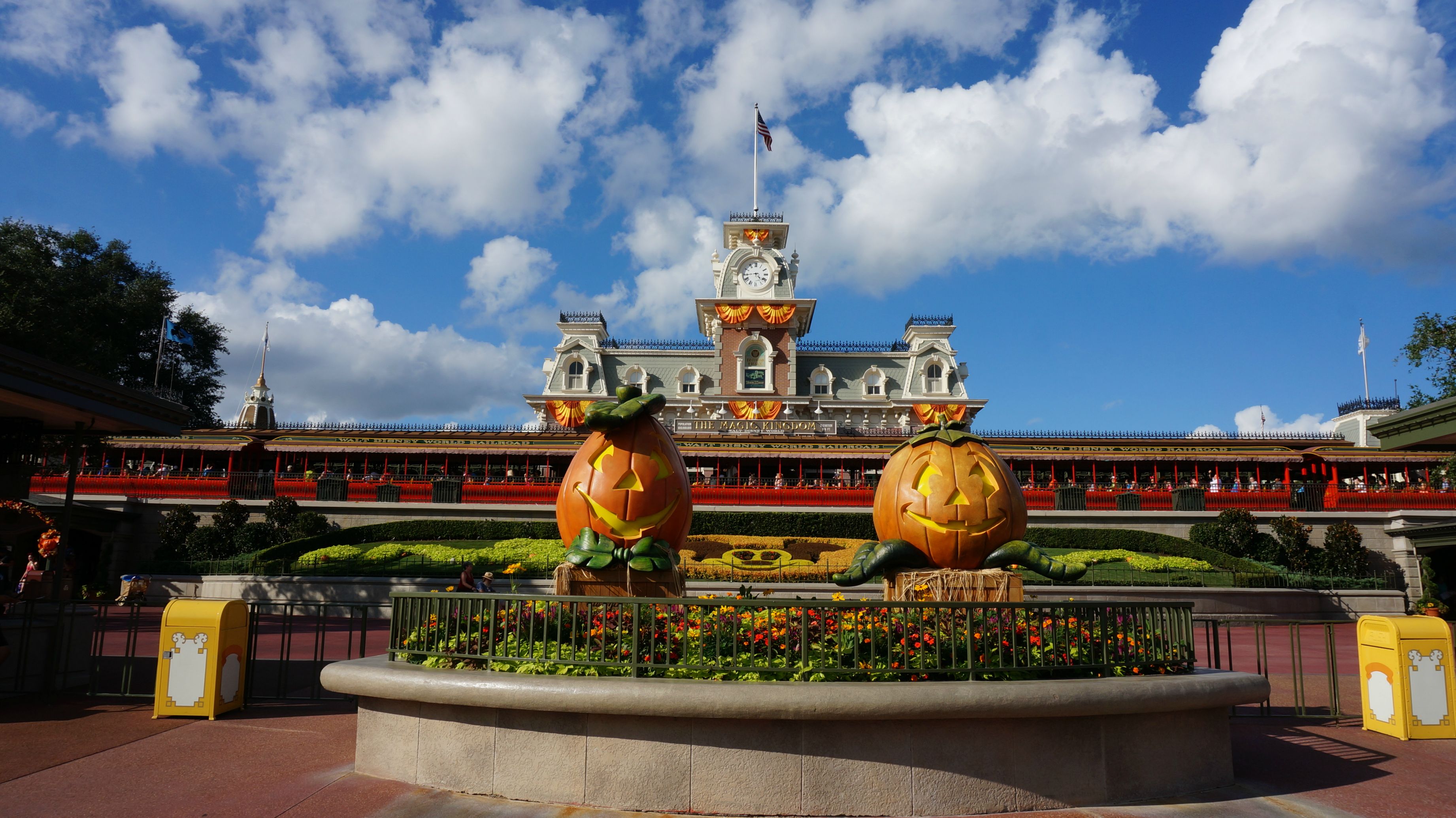 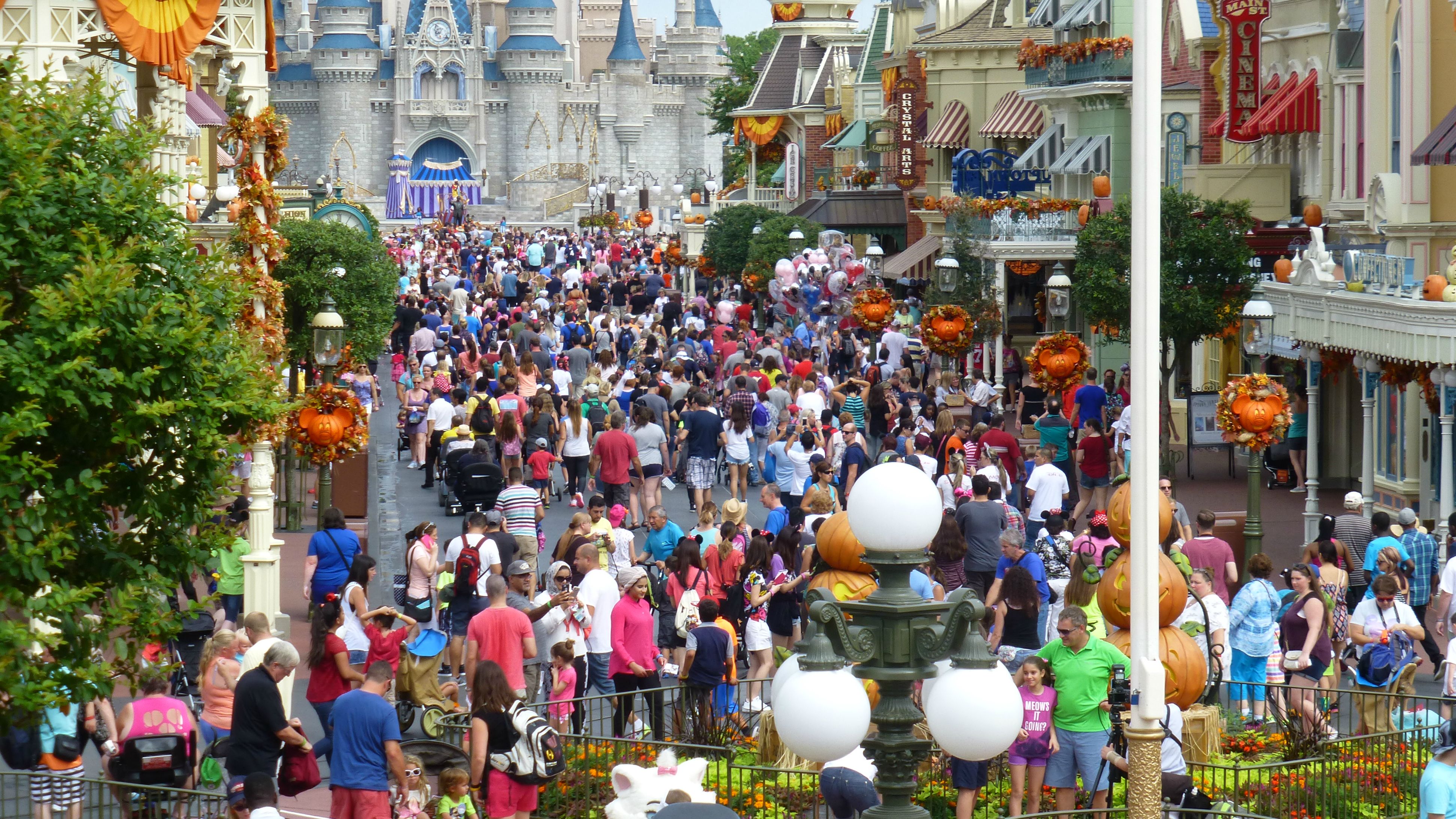 Also considering Columbus Day is not a holiday for local schools, the crowd levels this weekend at the Magic Kingdom and Disney’s Hollywood Studios compare to Spring Break level crowds.  Here is a sample of the wait times for popular attractions: 60 minutes for Pirates of the Caribbean, 80 minutes for Big Thunder Mountain Railroad, 80 minutes for Tower of Terror and 120 minutes for Toy Story Midway Mania. 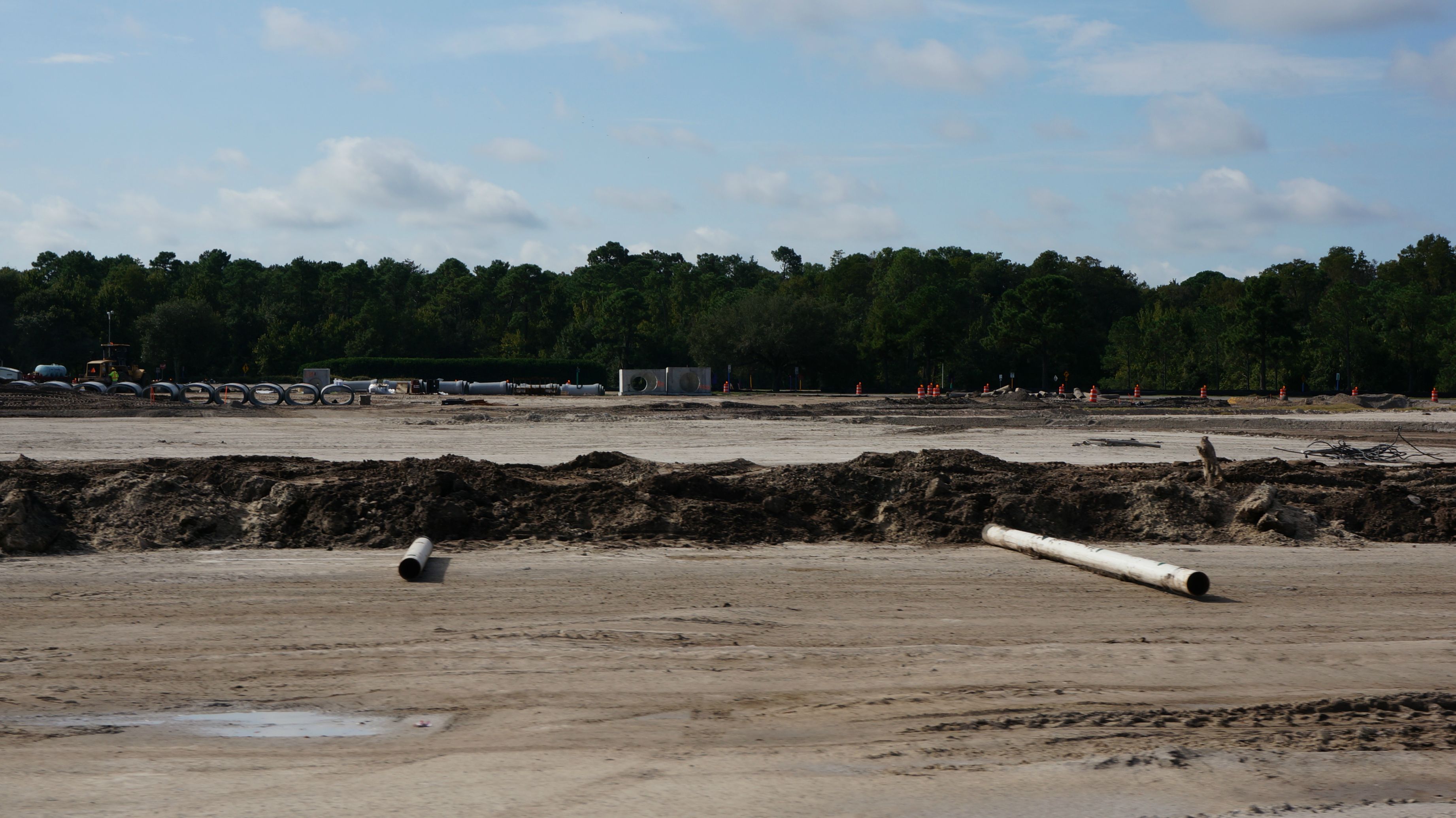 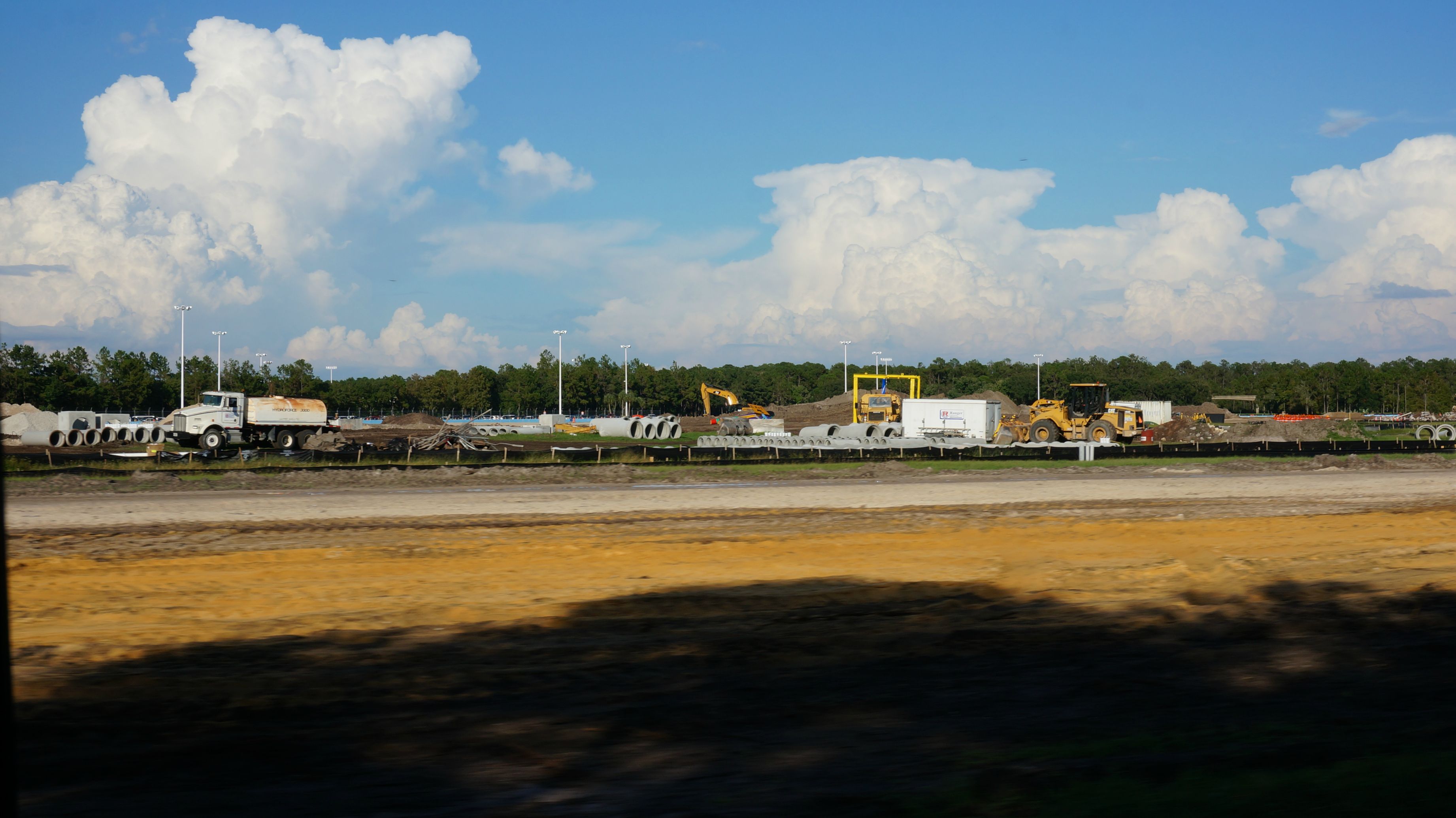 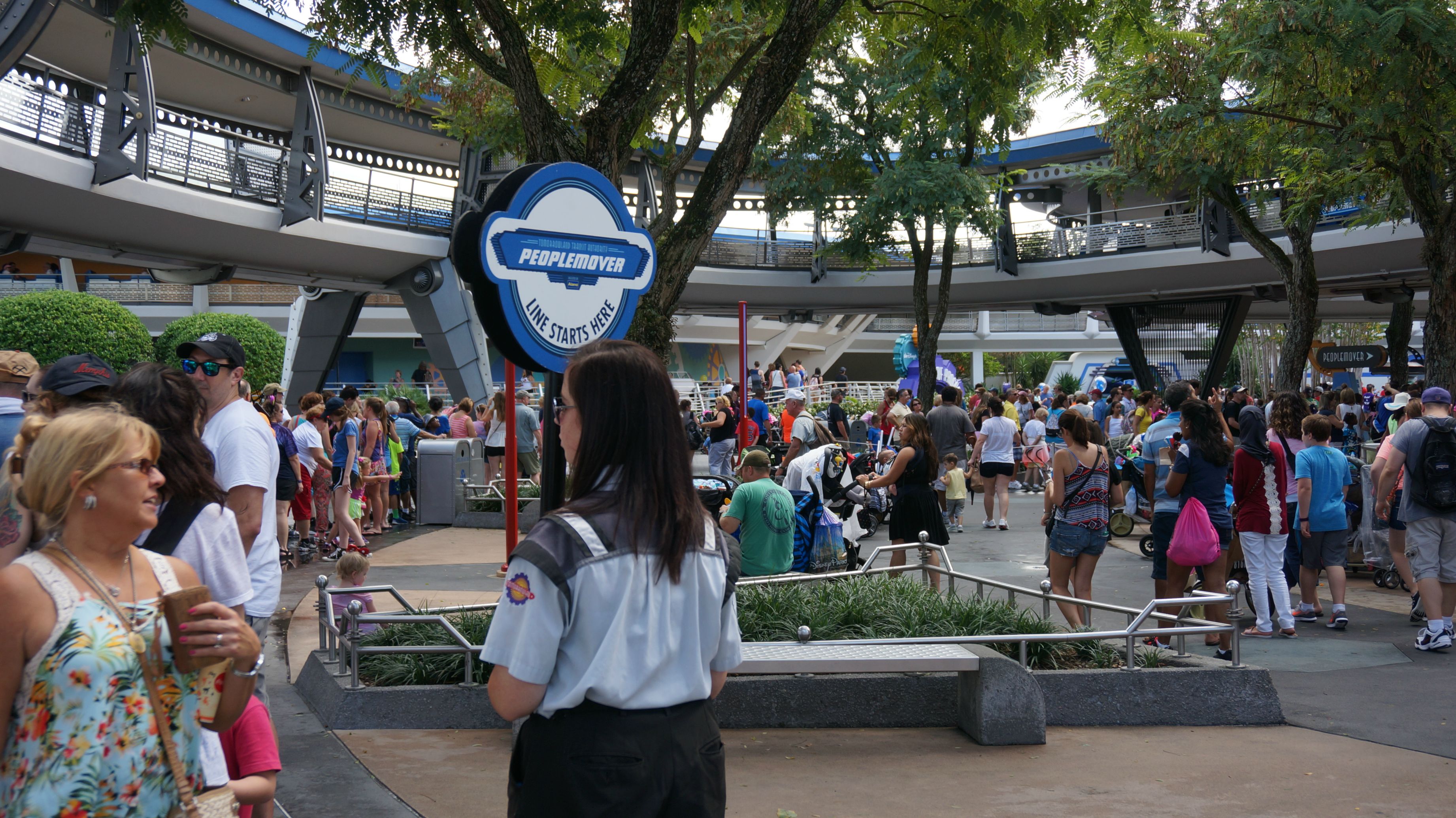 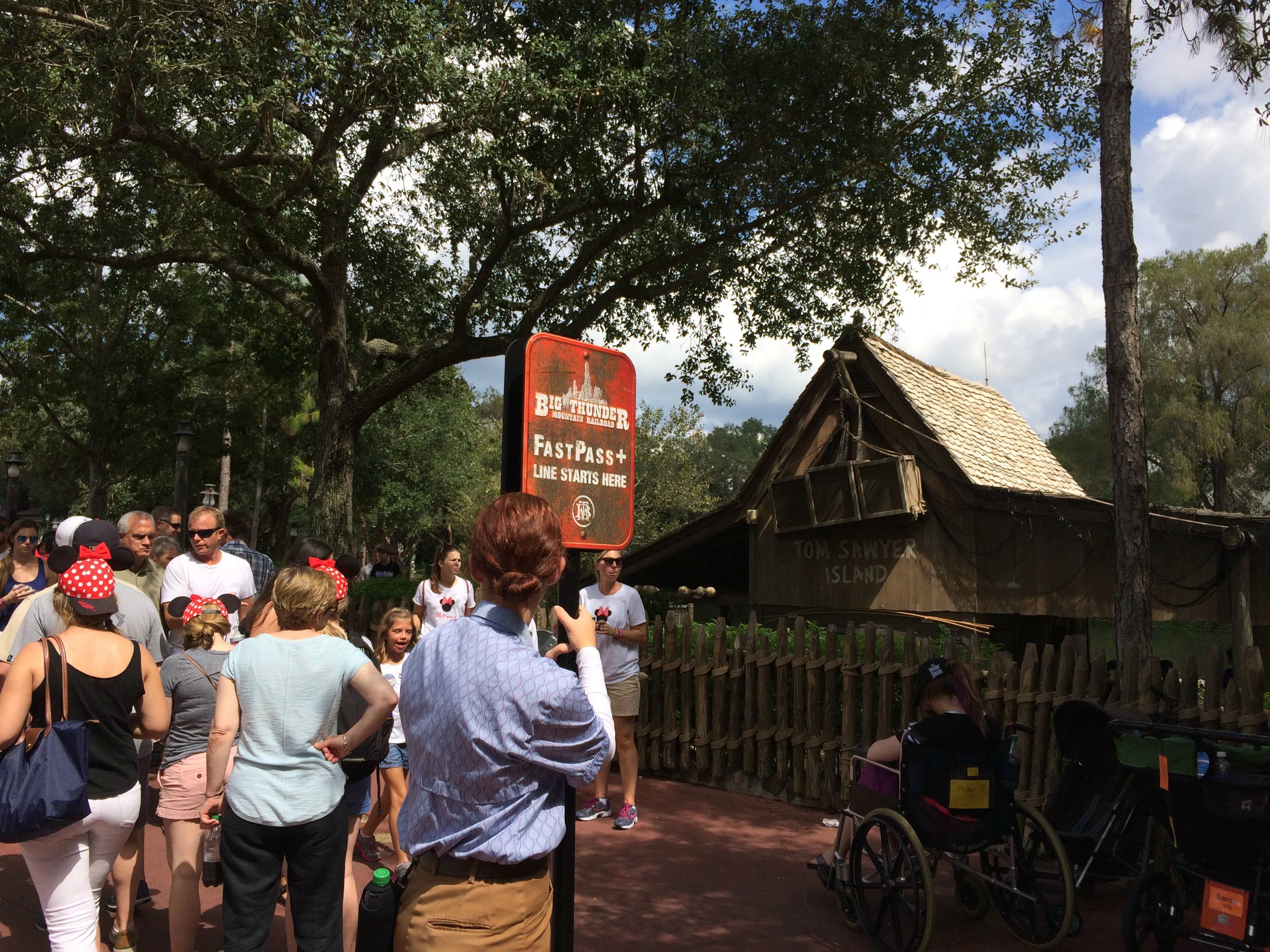 For example, Big Thunder Mountain Railroad’s FP+ queue had several switchbacks and extended to the entrance of Tom Sawyer Island raft ride. The People Mover, in addition to the regular switchbacks, extended their queue past Astro Orbiter. Toy Story Midway Mania (TSMM) was the worst with its line extending to the doors of the former Jack Sparrow Experience building. Many of the FP+ queues move quickly when this occurs. However, TSMM did not. Is Disney offering too many FP+ slots during busy times? 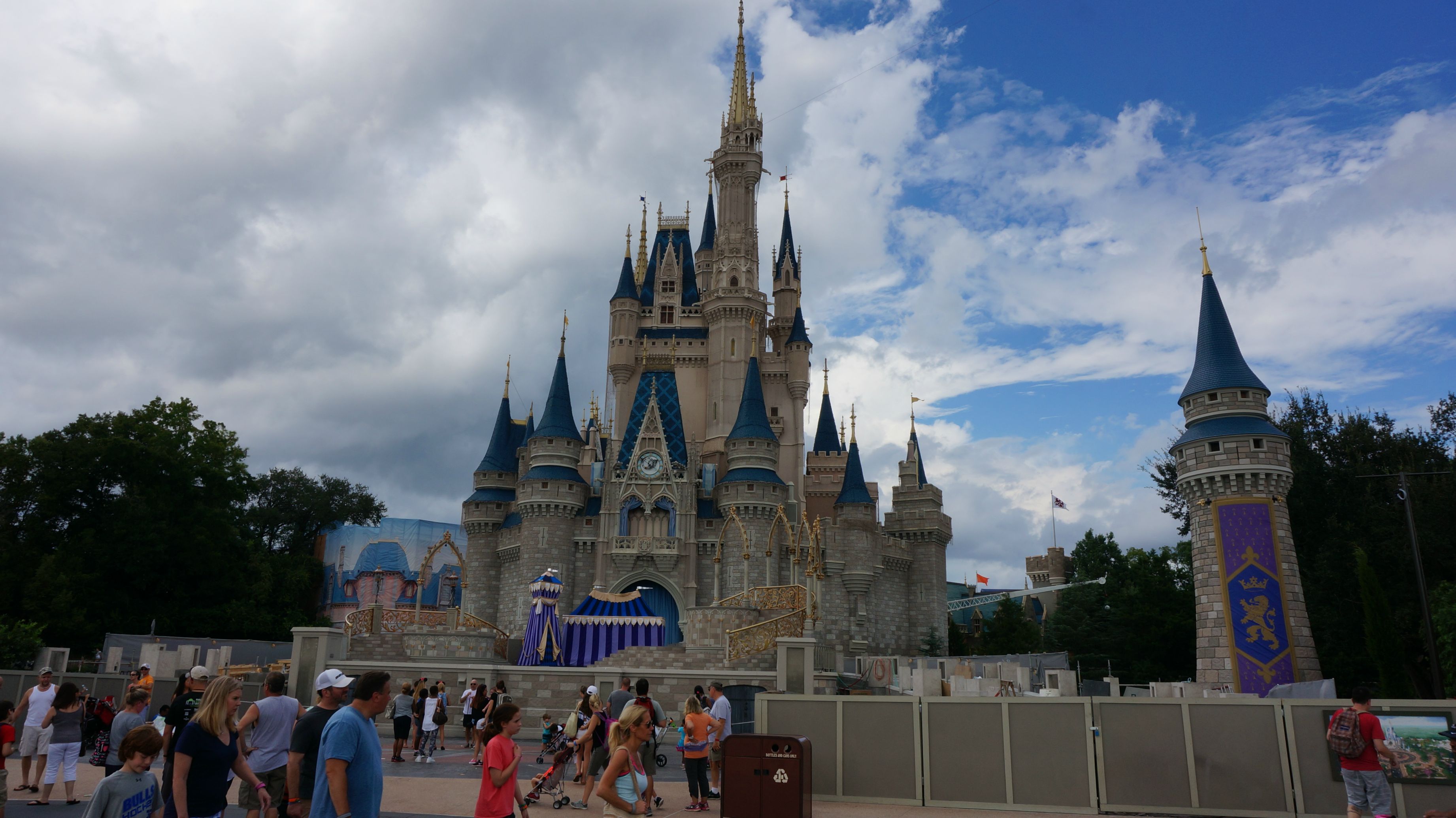 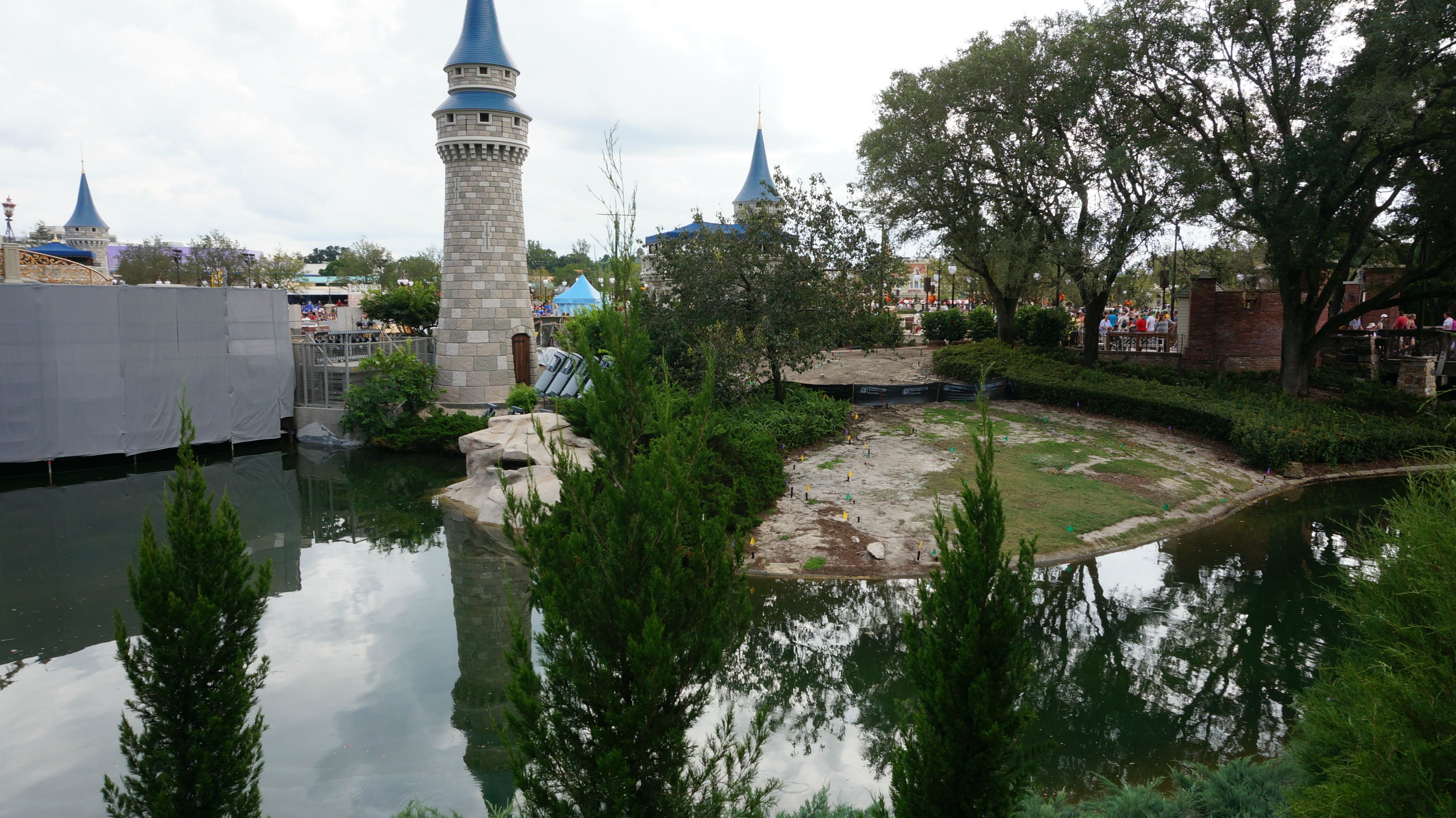 The Country Bear Jamboree building is being refurbished. Many attractions are permanently closed at DHS allegedly due to the future Star Wars land and the Toy Story area expansion. A large mural announcing the Star Wars Launch Bay opening December 2015 has been placed at the entrance to the closed Art of Animation building. 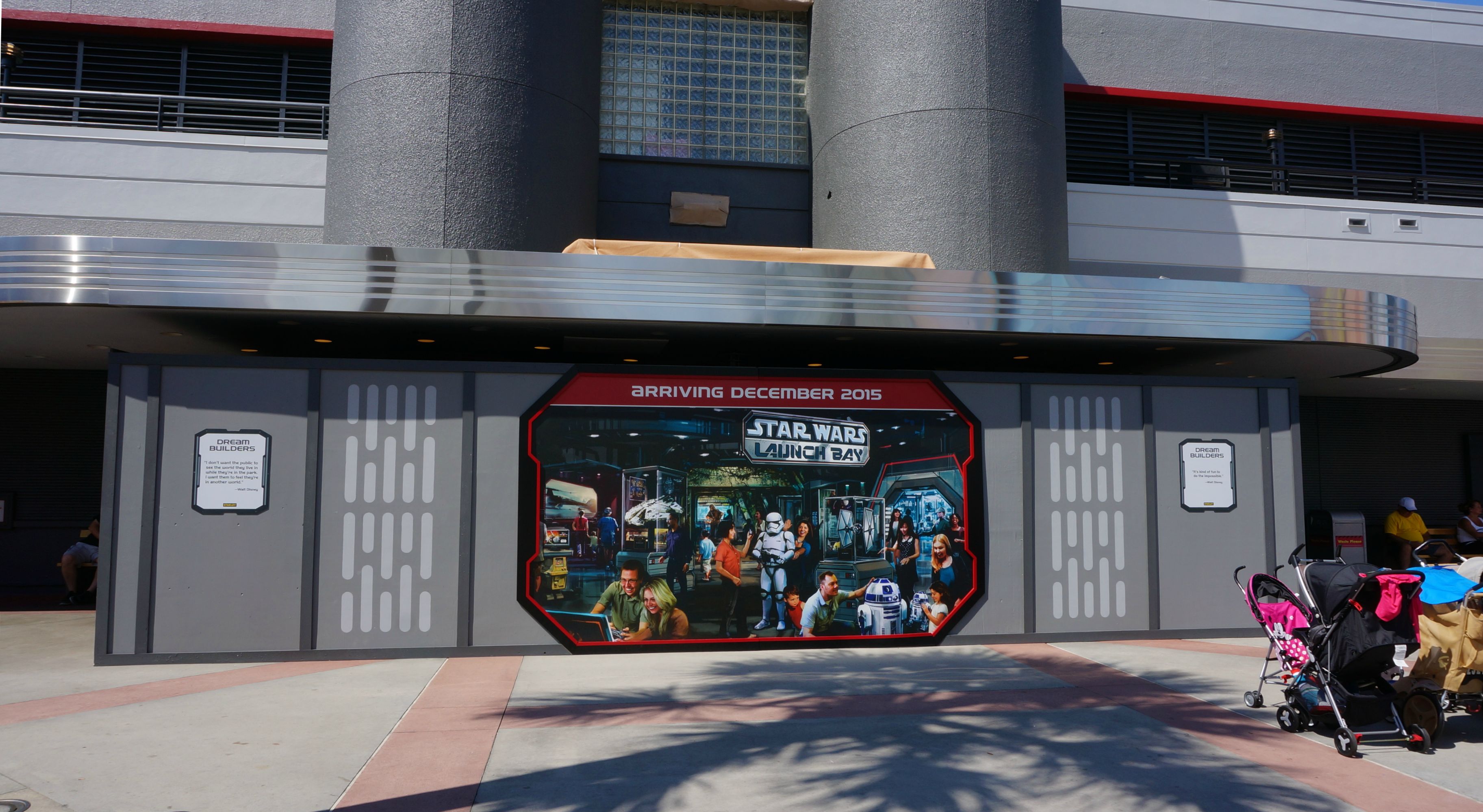 Near Rockin’ Roller Coaster and Tower of Terror a new special event area, Sunset Showcase, is being built and will begin hosting Club Disney in December 2015 where guests can dance with Mickey and friends. I also noticed construction walls along Sunset Boulevard in front of Sunset Ranch Market eating area. 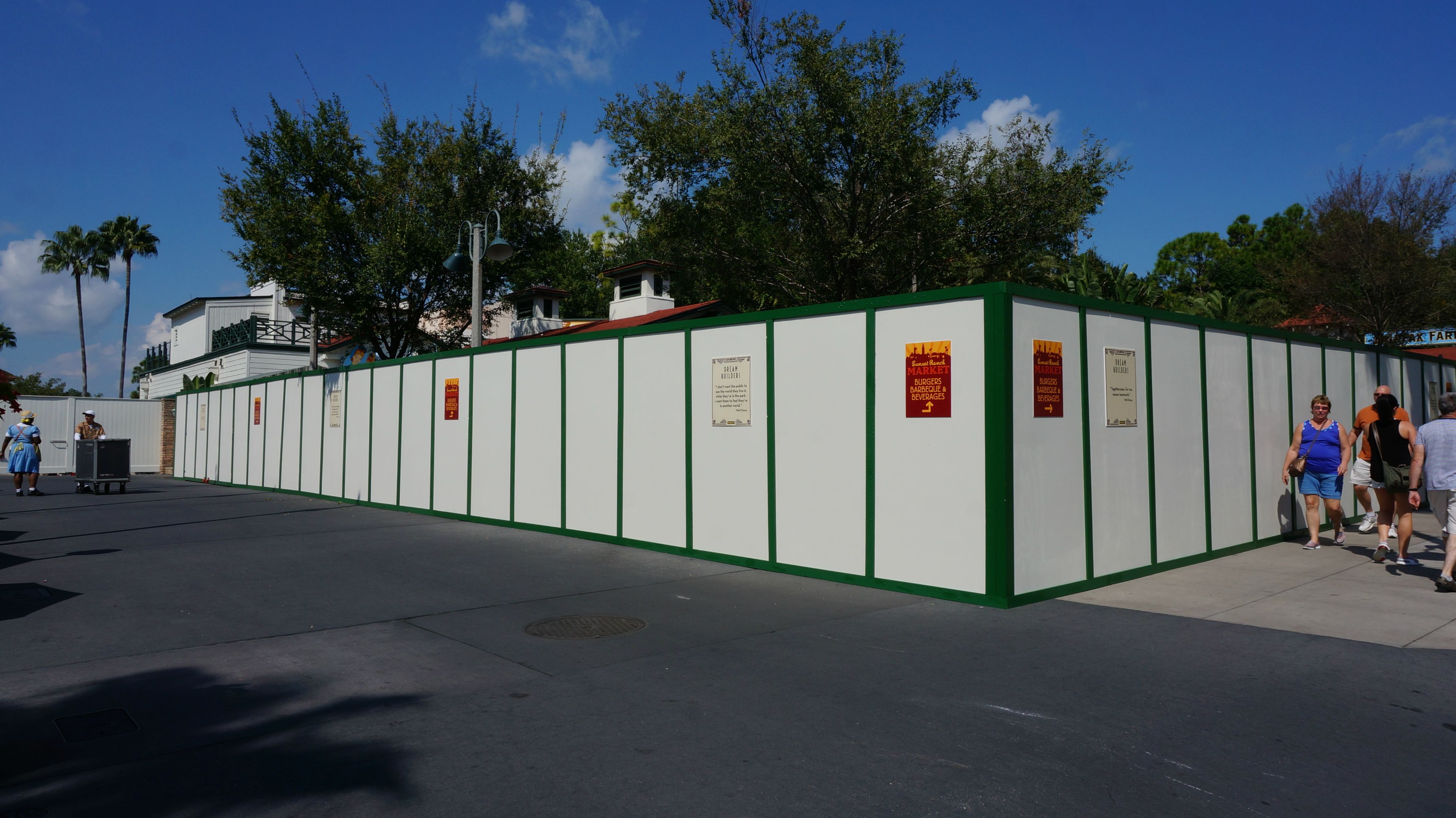 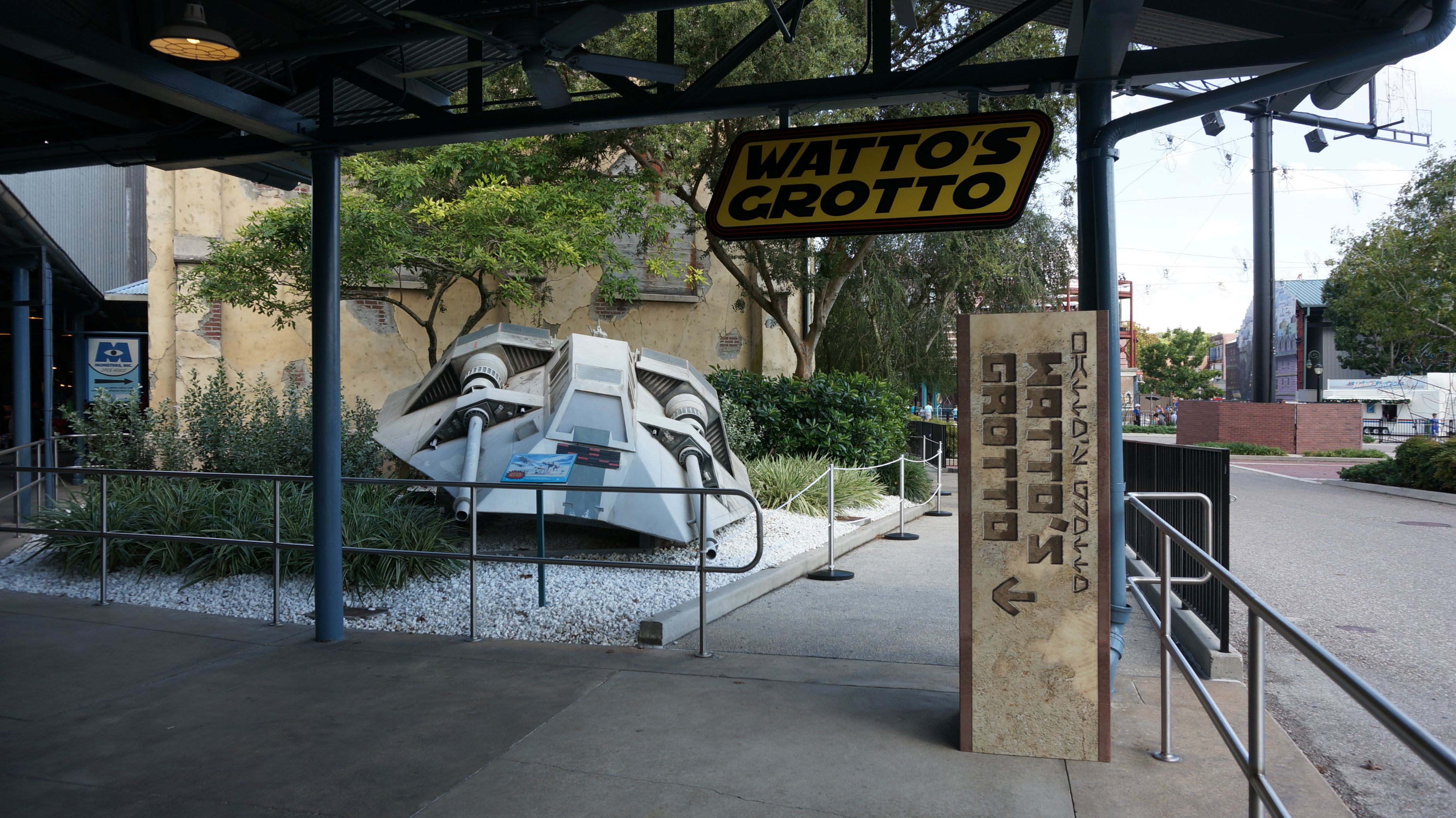 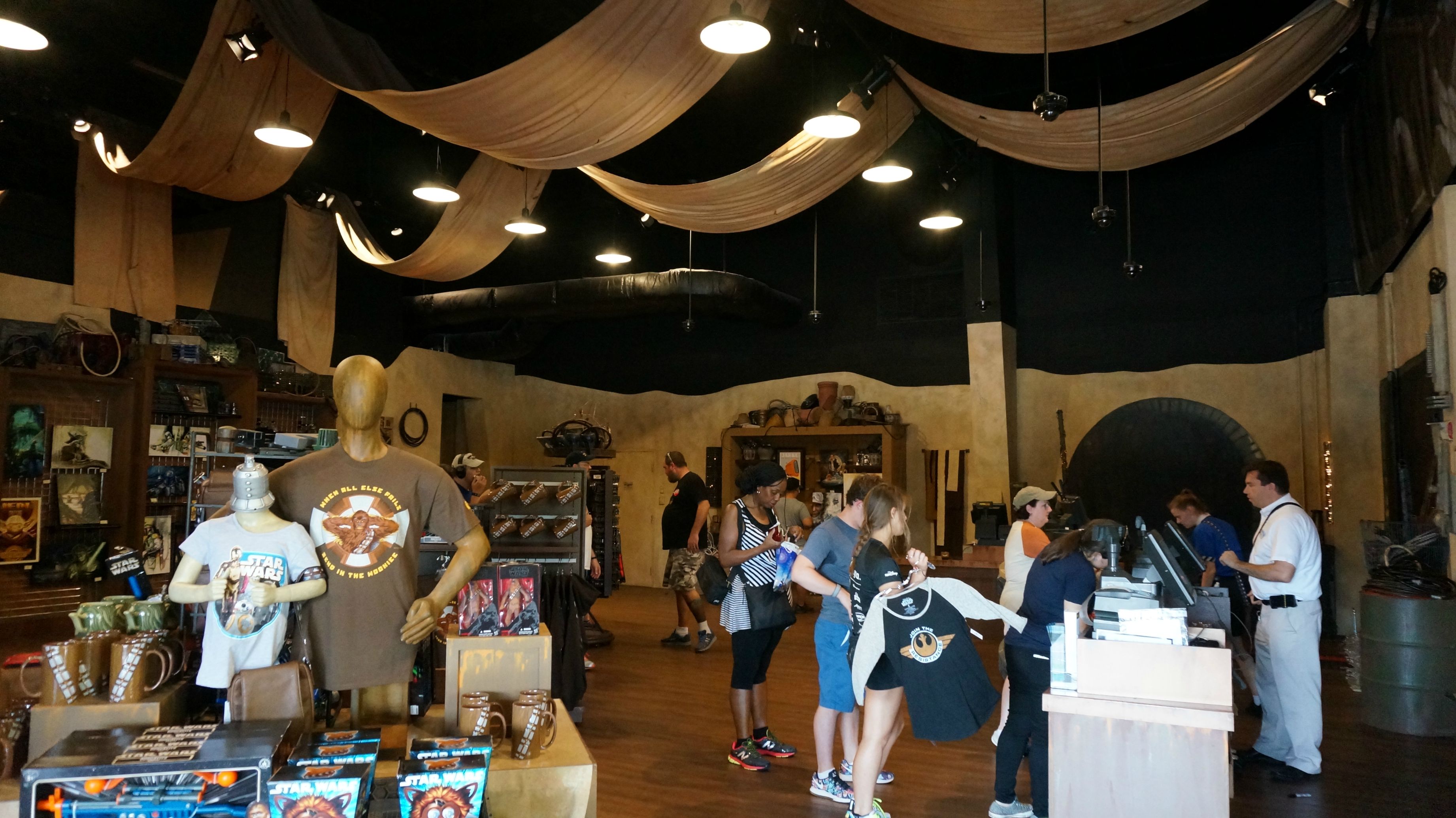 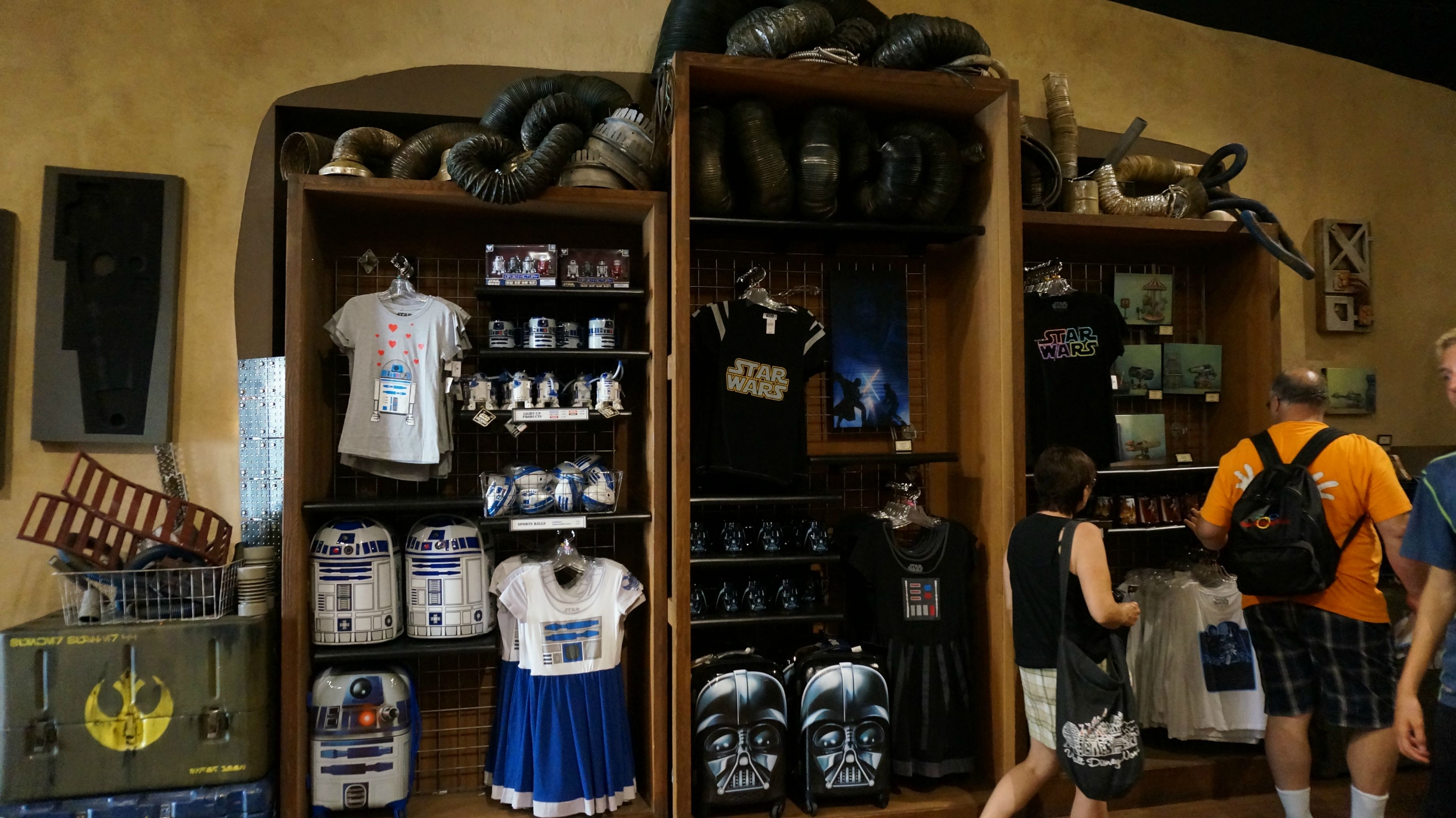 Along the outside wall of the Watto’s Grotto building are large murals depicting scenes that come to life if you have the Aurasma app on your smart device. An AT-47 Airspeeder from The Empire Strikes Back is another photo opportunity at the entrance to the store. 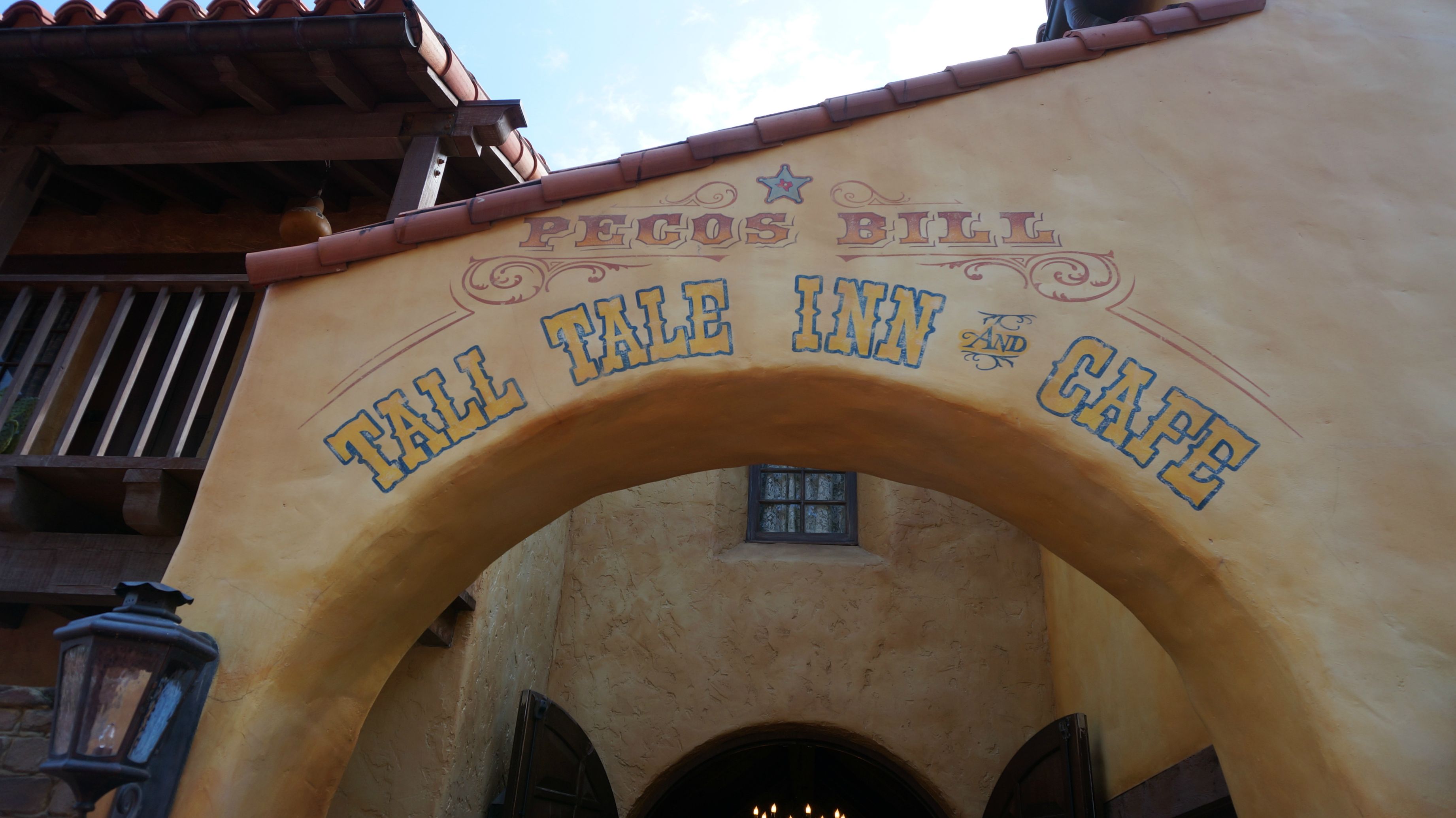 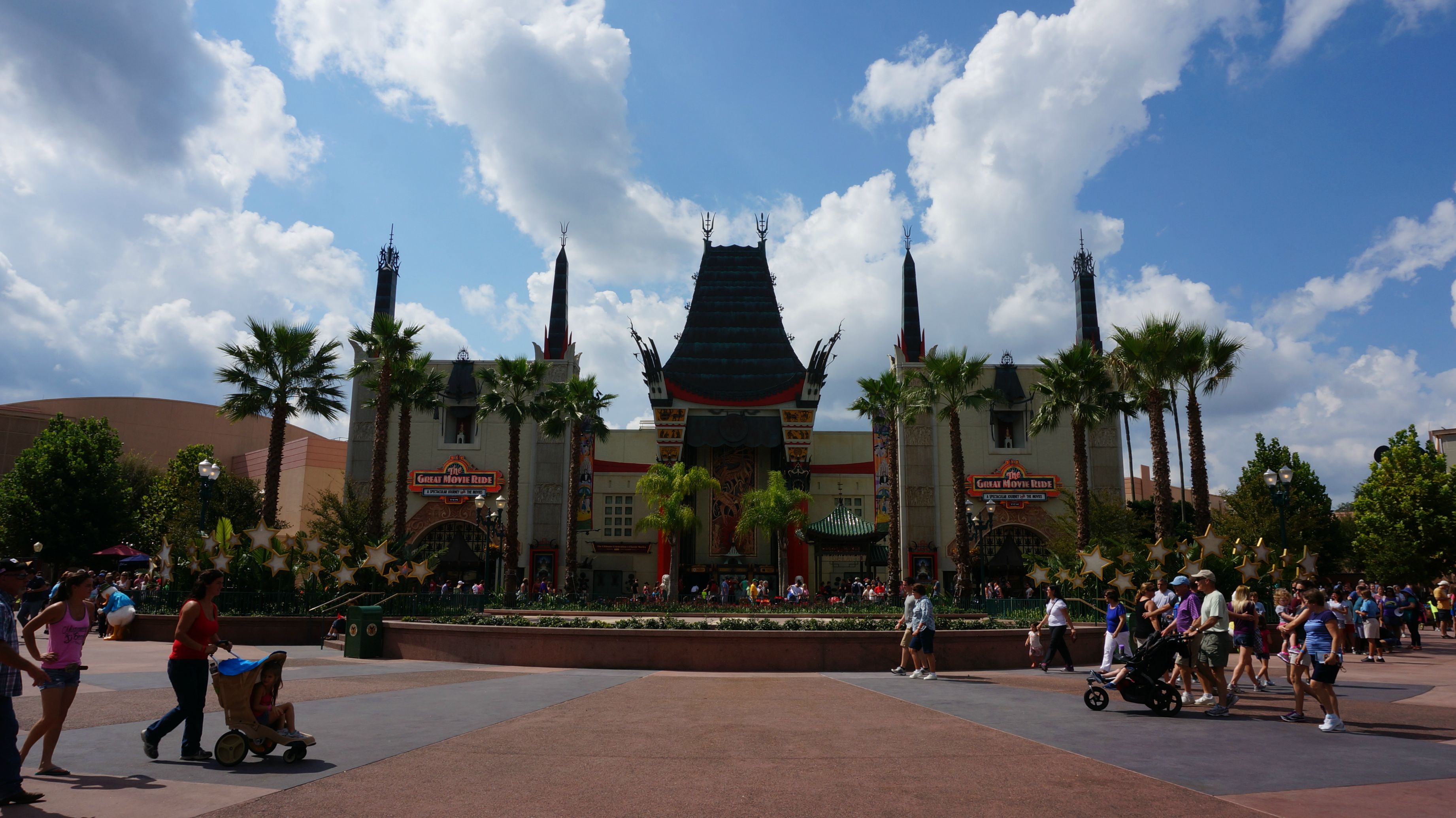 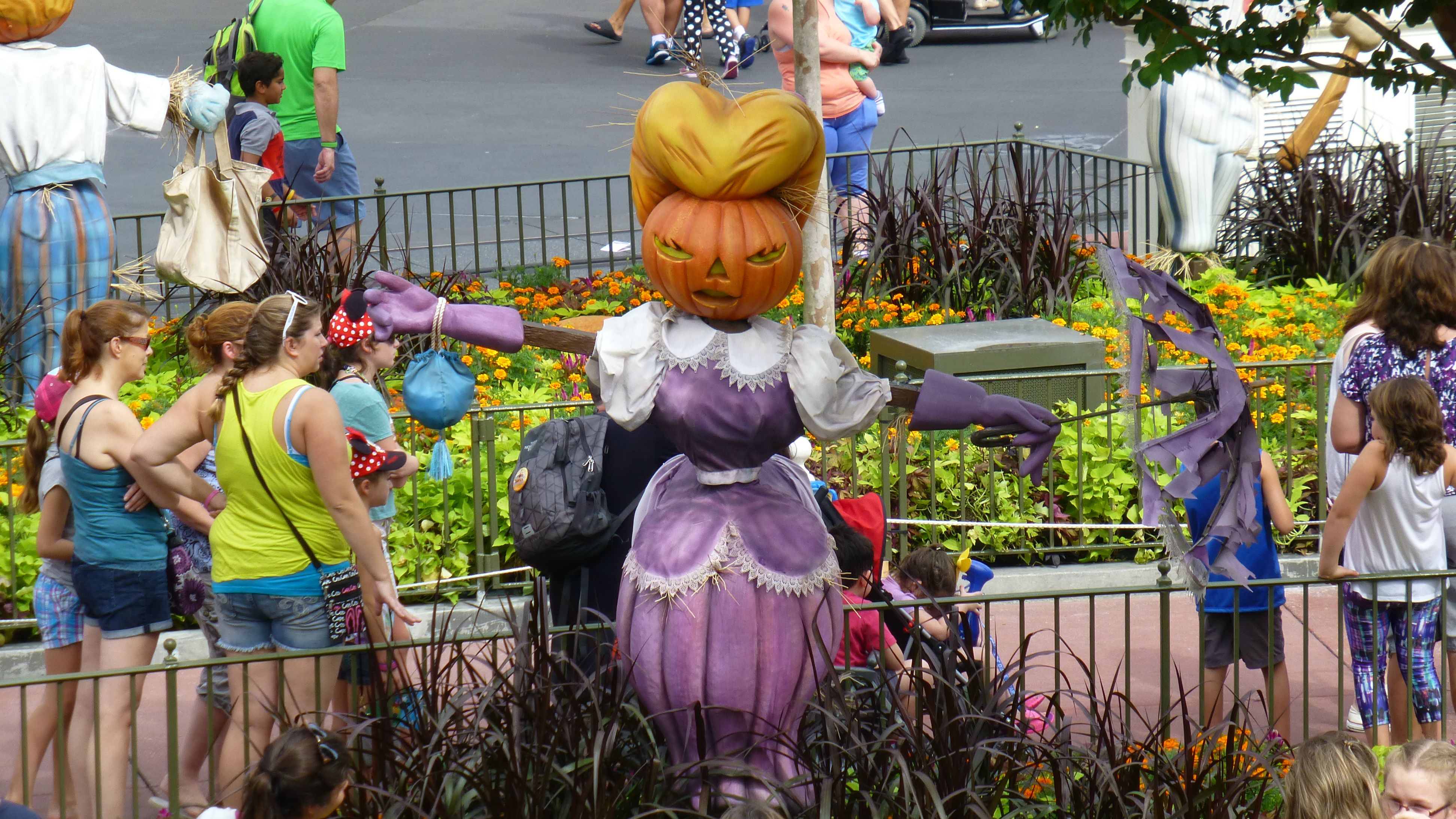 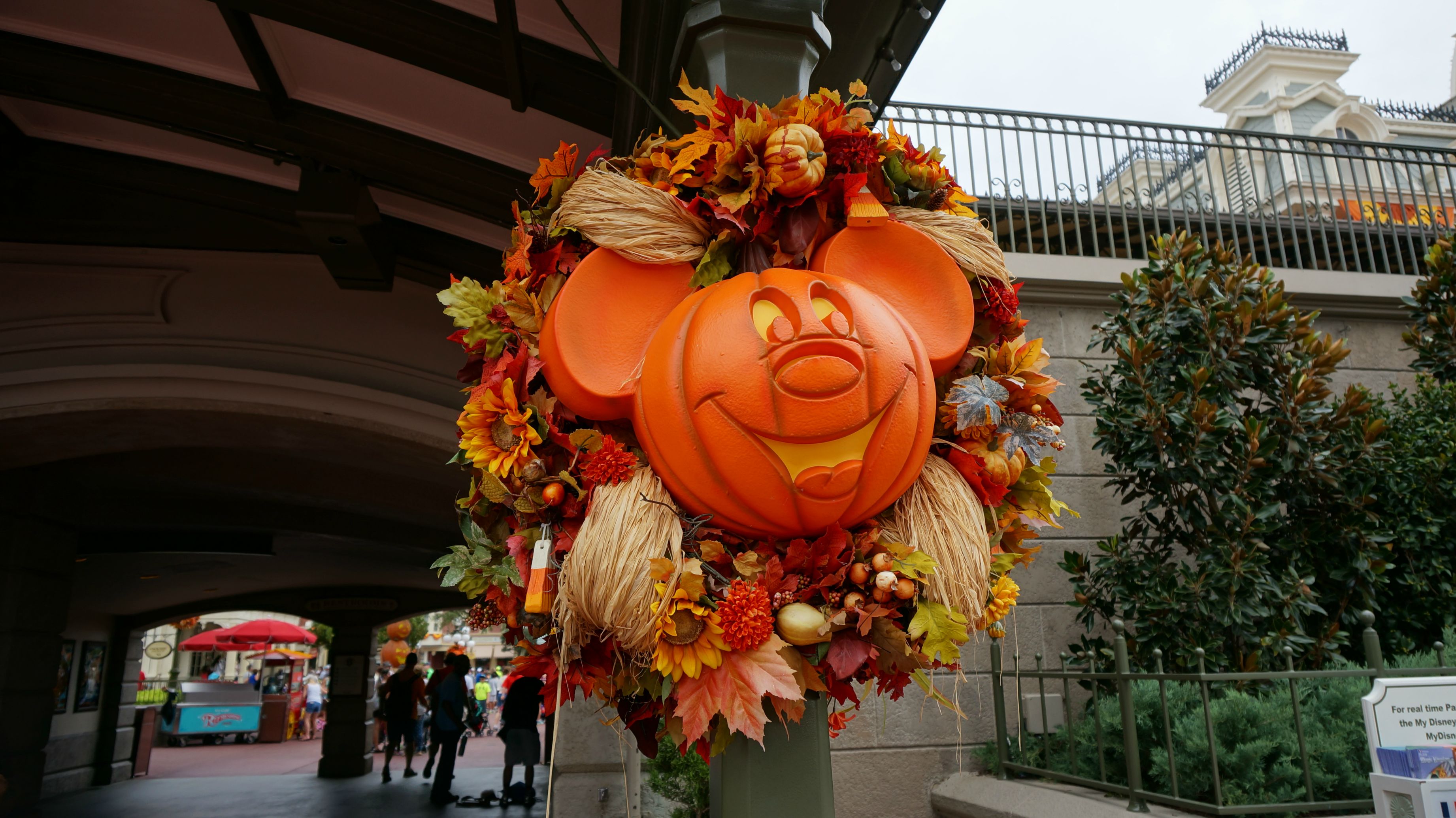 Although it is only the first part of October, due to the millions of lights that must be strung on Cinderella’s Castle and along the Streets of America in DHS, they are already hanging lights in preparation for their November debut. It was recently announced by Disney that this would be the last year for The Osborne Family Spectacle of Dancing Lights. Viewing and absorbing the spectacle of millions of lights at the beginning of the holidays is a family tradition for us and many others. We will miss this holiday spectacular. 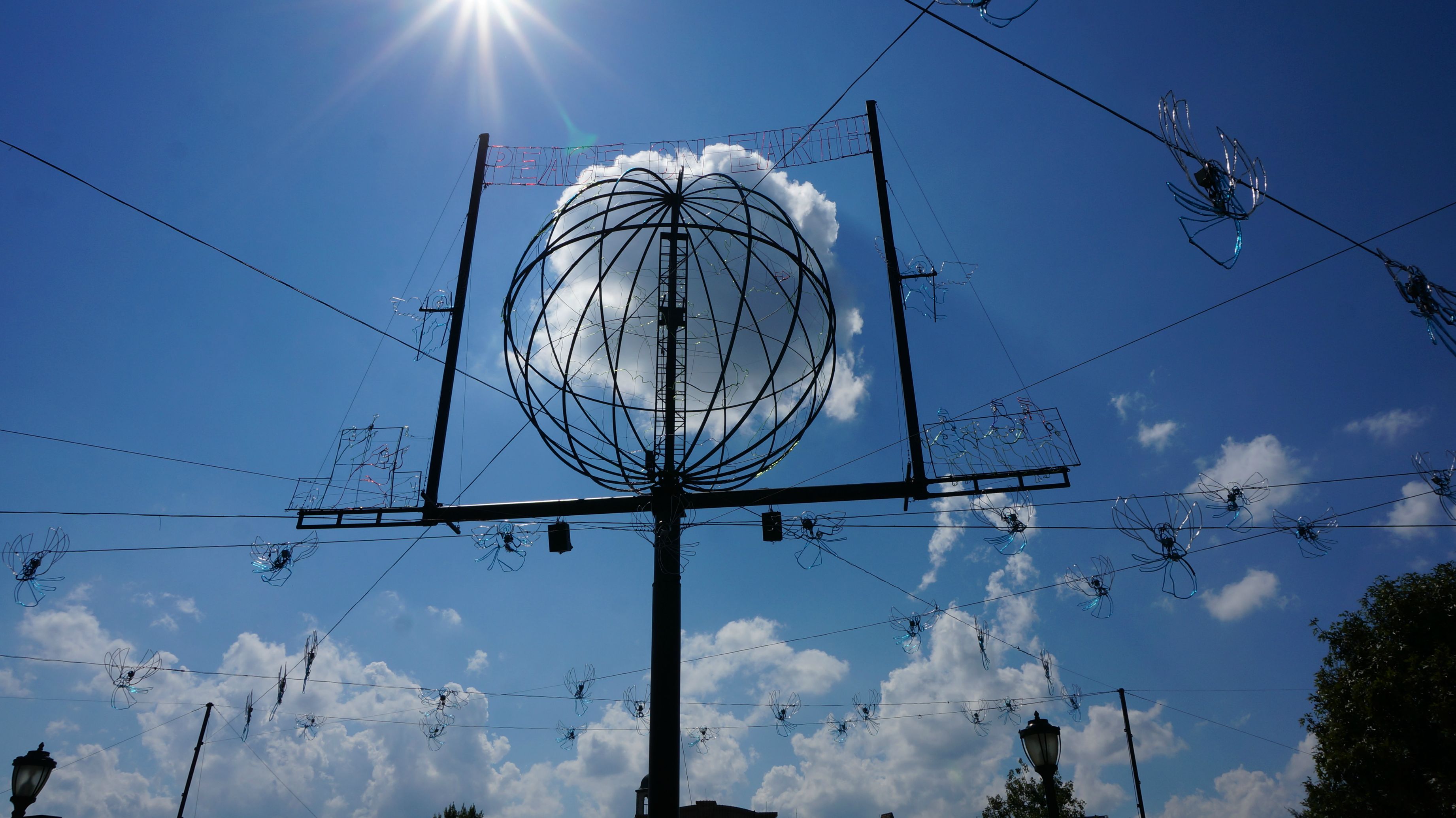 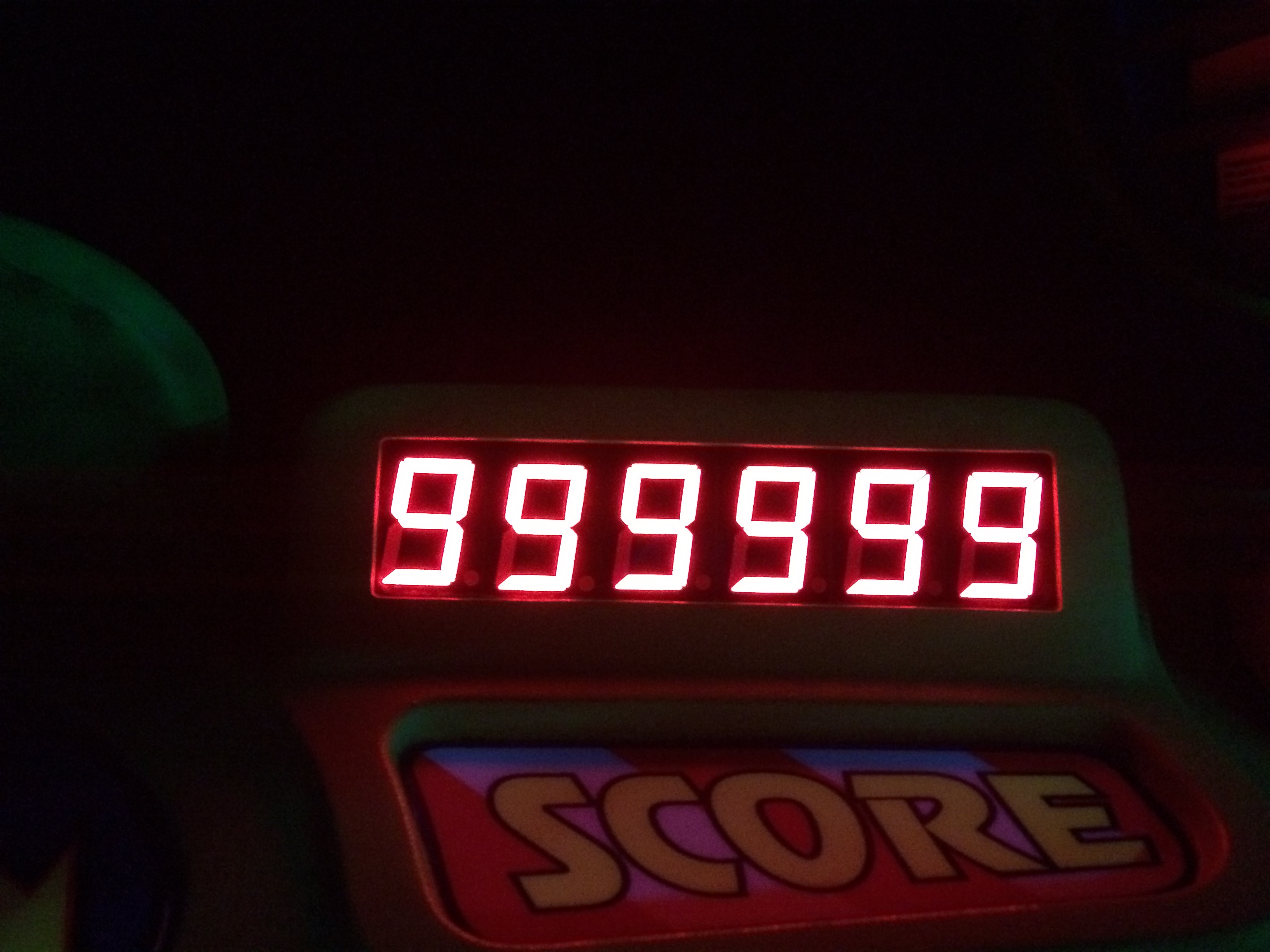 We may have ridden fewer rides this visit to Walt Disney World due to the unexpected crowds, but we were able to enjoy attractions that our family likes the most, ensuring a magical time at the Magic Kingdom and Disney’s Hollywood Studios. I look forward to visiting again next month when hopefully the crowds will be lower and all the holiday decorations are on display.

Do you avoid or visit the Disney parks during very crowded days?