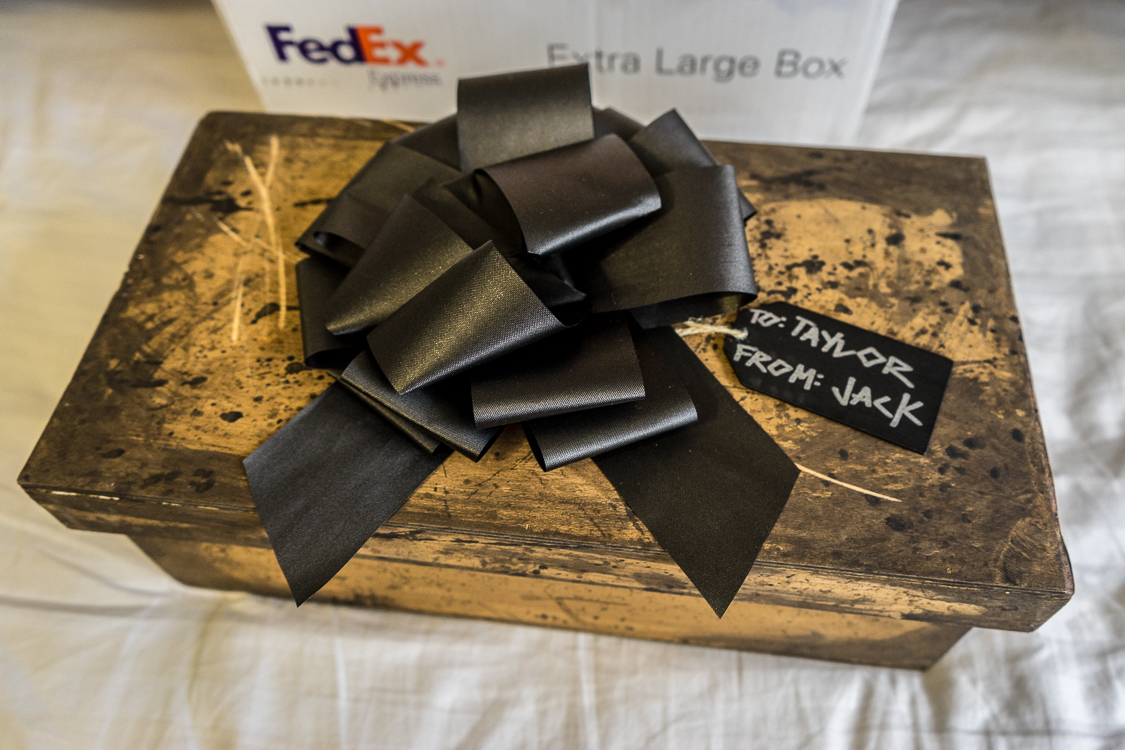 This Friday, a specially marked package from Universal Orlando arrived. Upon opening the package, we discovered a wooden box complete with a large black bow. Following further inspection, there was also a tag addressed to me, from Jack the Clown. For those not following along at home, Jack the Clown is the ringmaster of this year’s Halloween Horror Nights.

Before we continue our unboxing of our unsettling gift from Jack, it’s necessary you hear the story of a Universal Orlando guest named Hal. Hal, like many guests, chose to bring a selfie stick to the parks to help capture his #UniversalMoments. (#1 on our list of top 3 theme park pet peeves, in case you were wondering.) 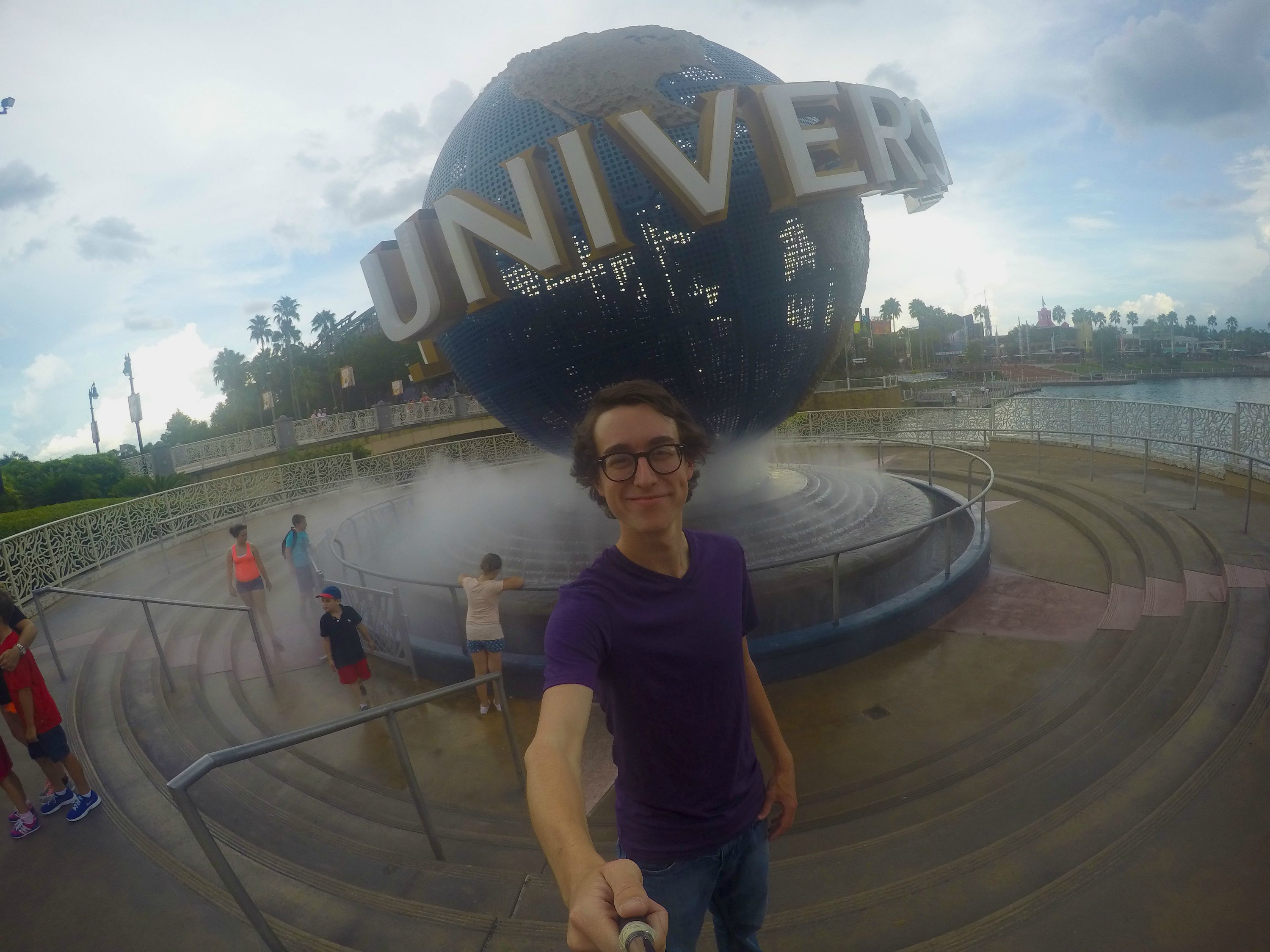 Hal had a seemingly great start to his vacation, including taking selfies across Universal Orlando. Pictured below is his selfie in the New York area, outside of Revenge of the Mummy, which will be home to Psychoscareapy – Unleashed during HHN 25. 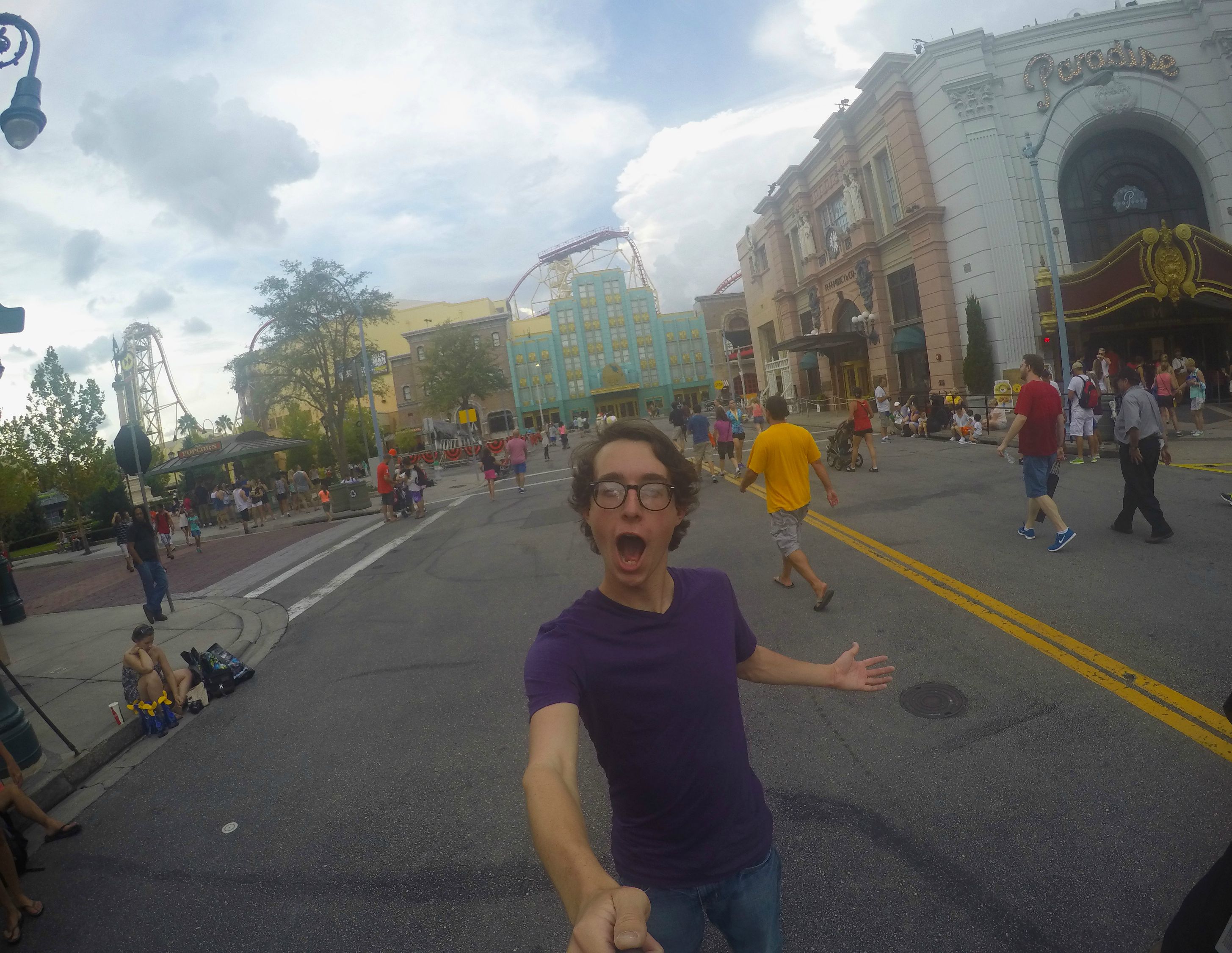 After most likely enjoying his ride on Mummy, Hal took a selfie in front of Hollywood Rip Ride Rockit. 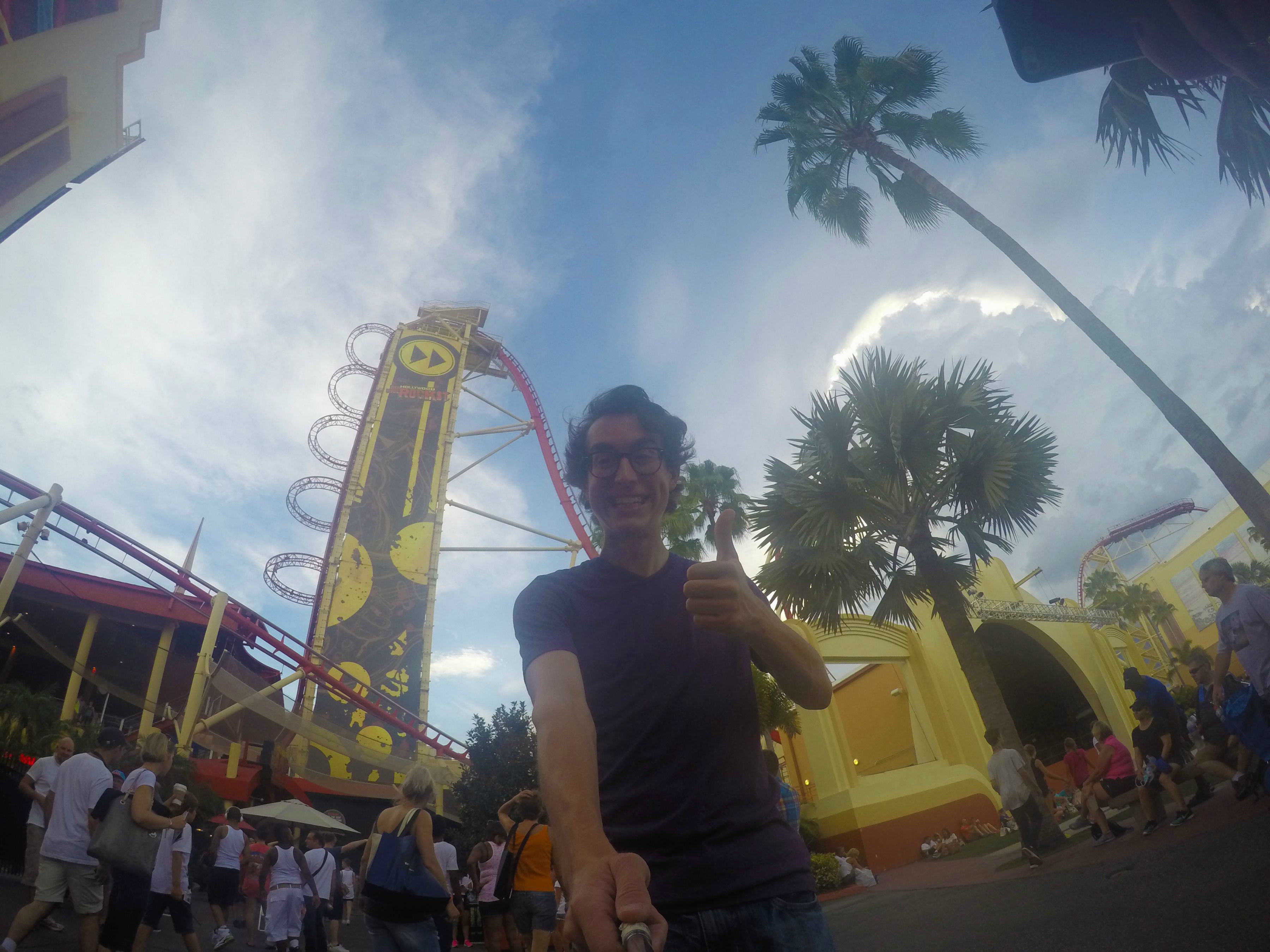 Unfortunately, this is where Hal’s fate begins to turn. As if a 17-story, 90 degree lift hill wasn’t thrilling enough to him, Hal made the choice to sneak backstage and into one of the houses of Halloween Horror Nights 25. 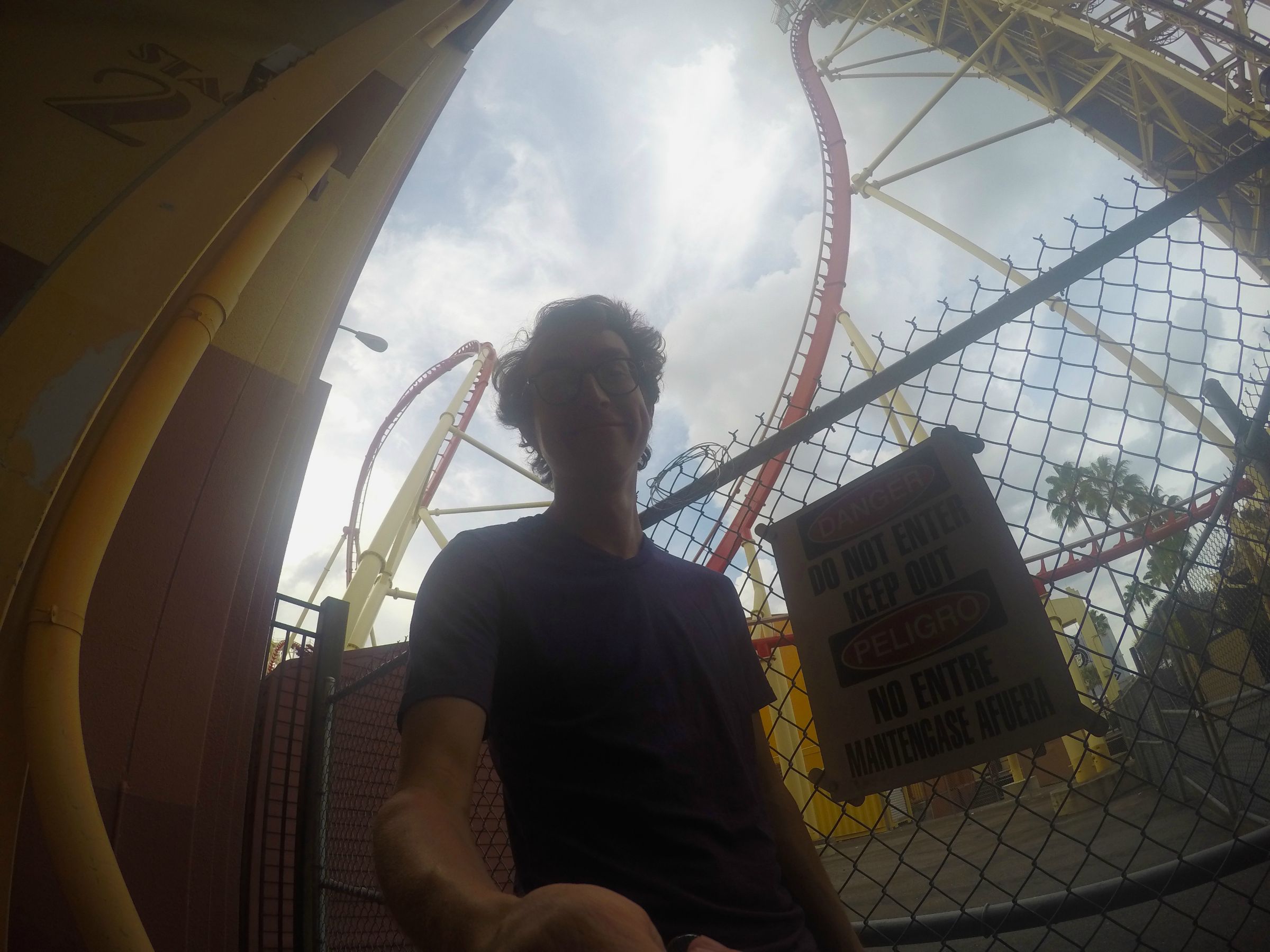 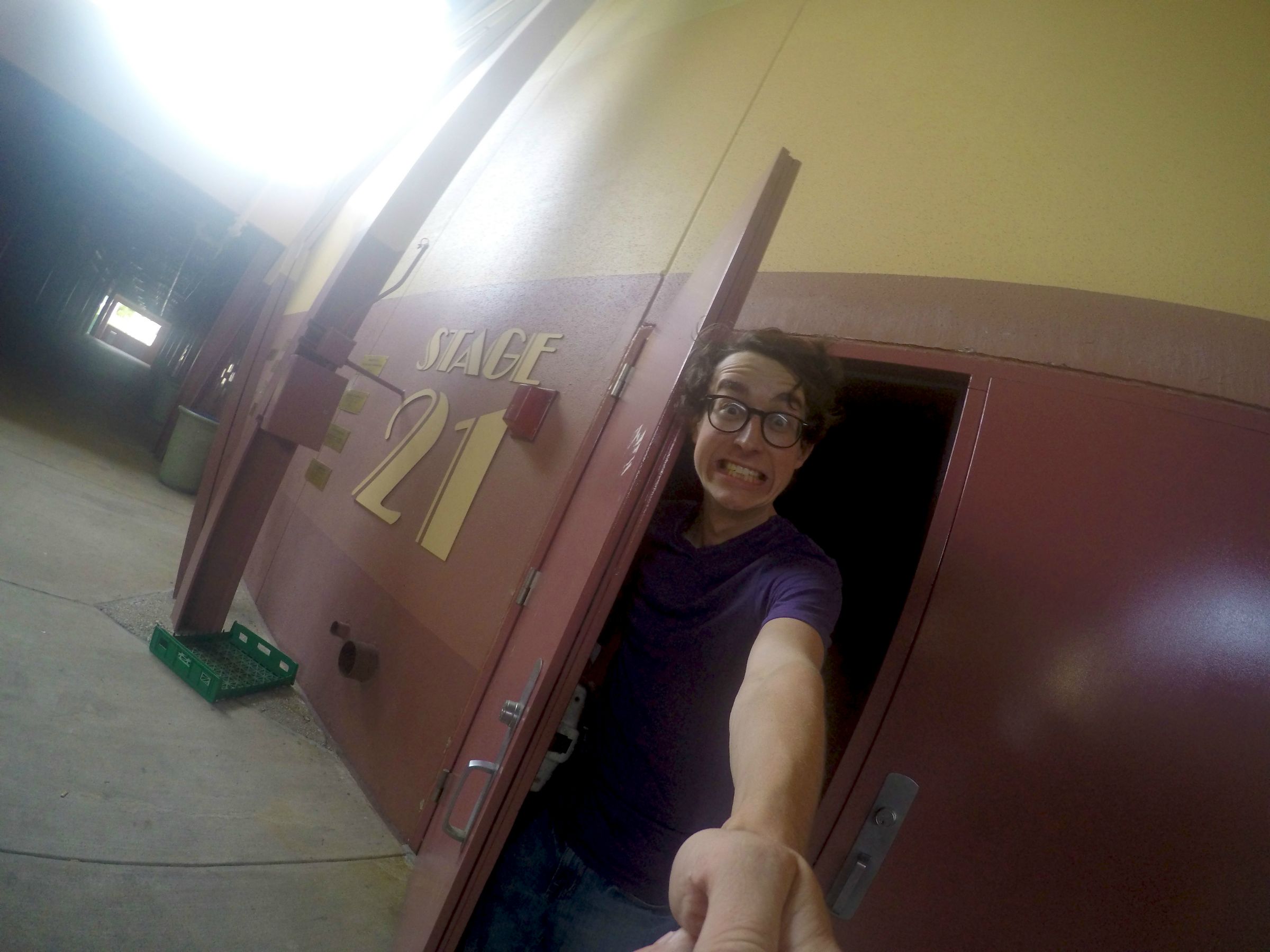 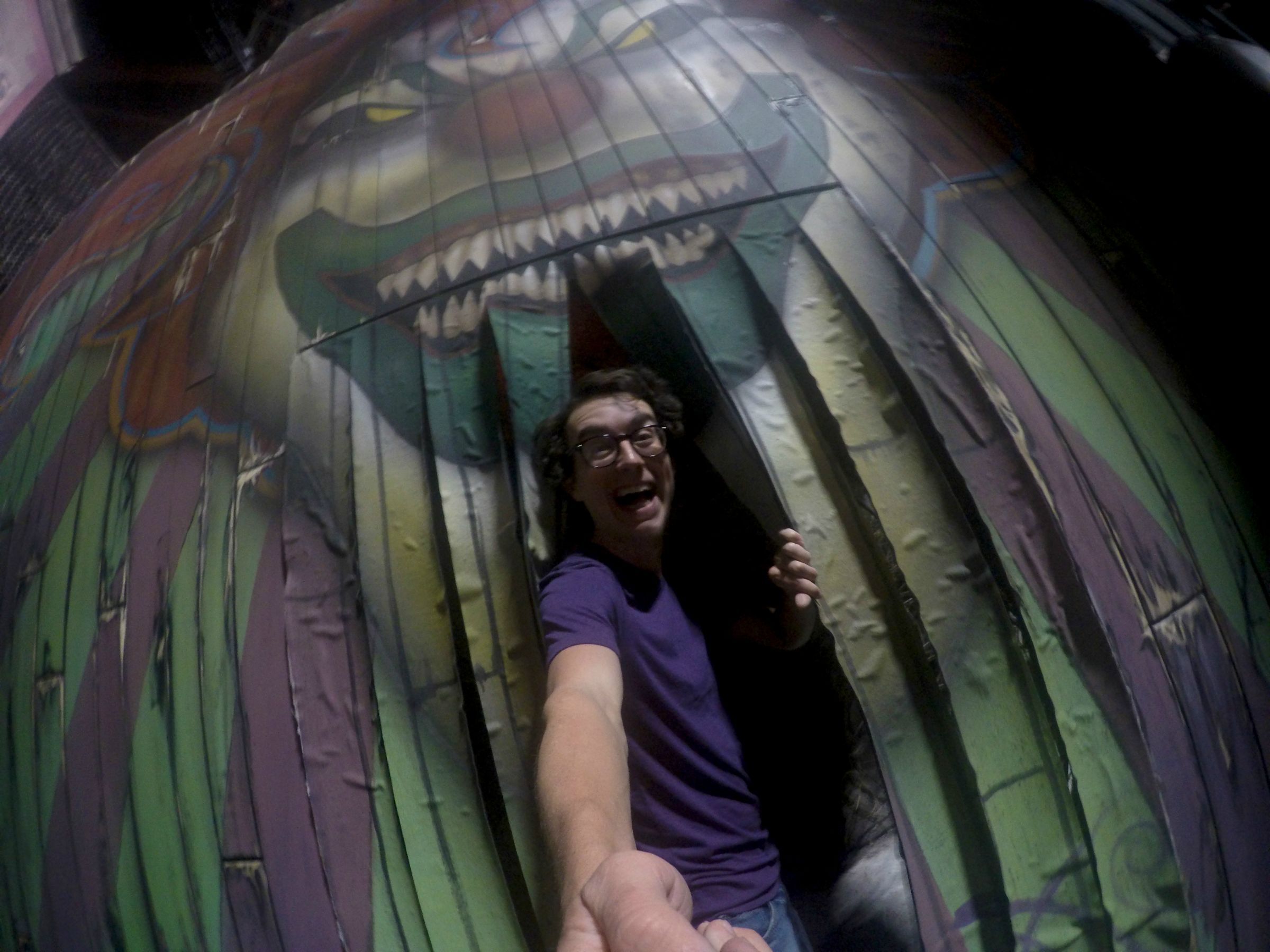 Unfortunately for Hal, he would not make it far into the longest house ever before meeting company. Hal came face to face with Jack and his girlfriend Chance. The duo, not taking kindly to intruders, decided to teach Hal a lesson. 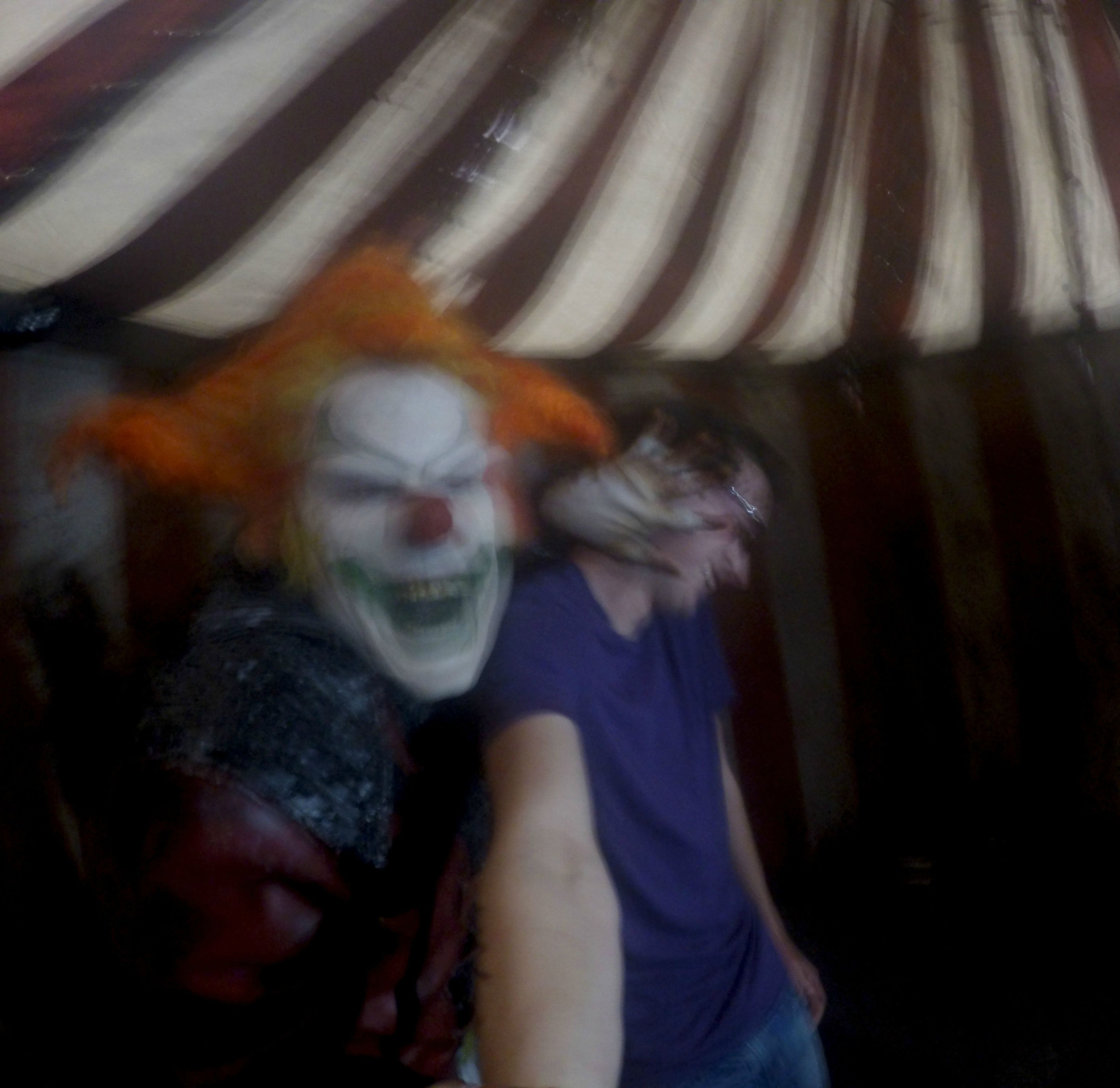 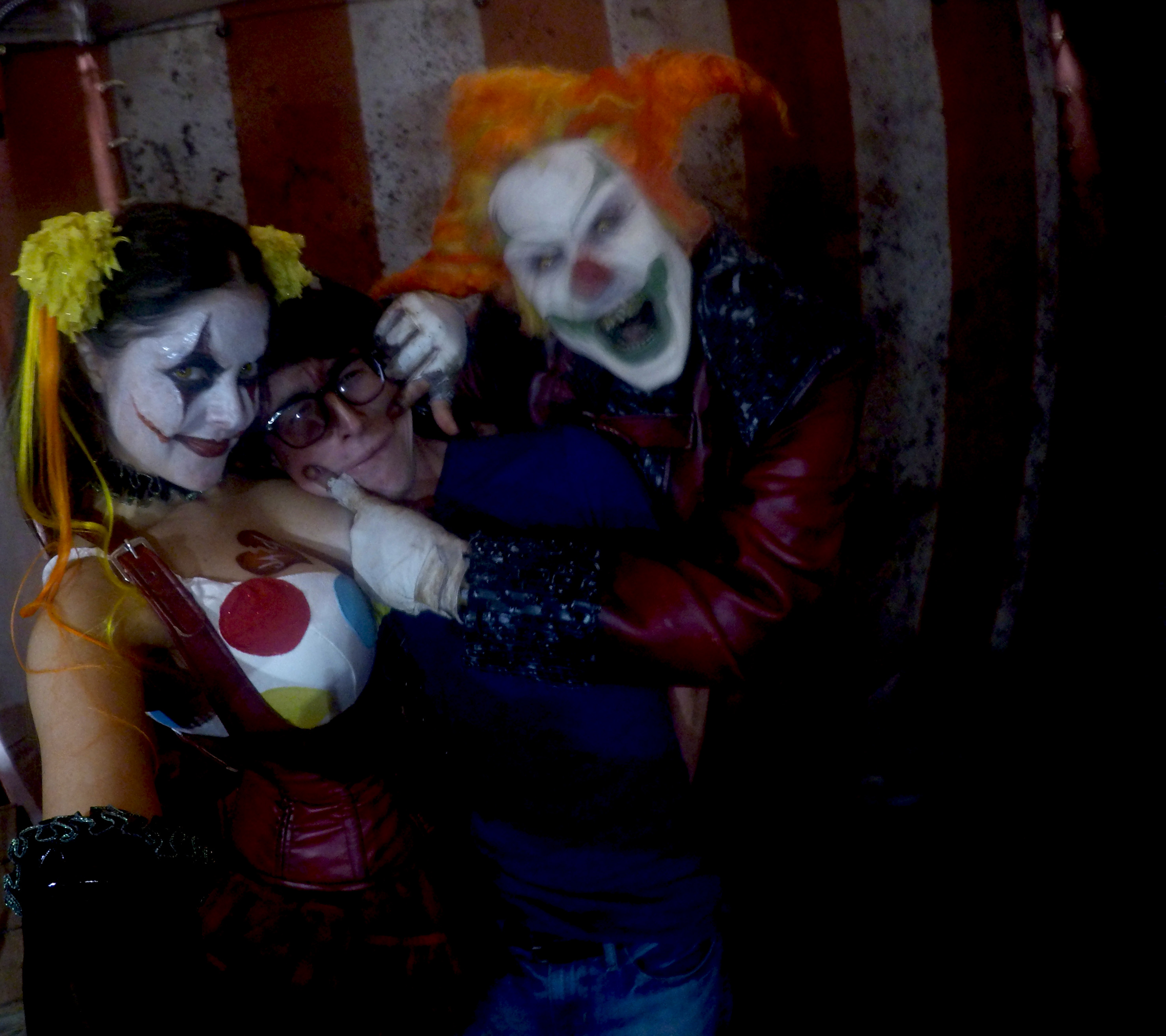 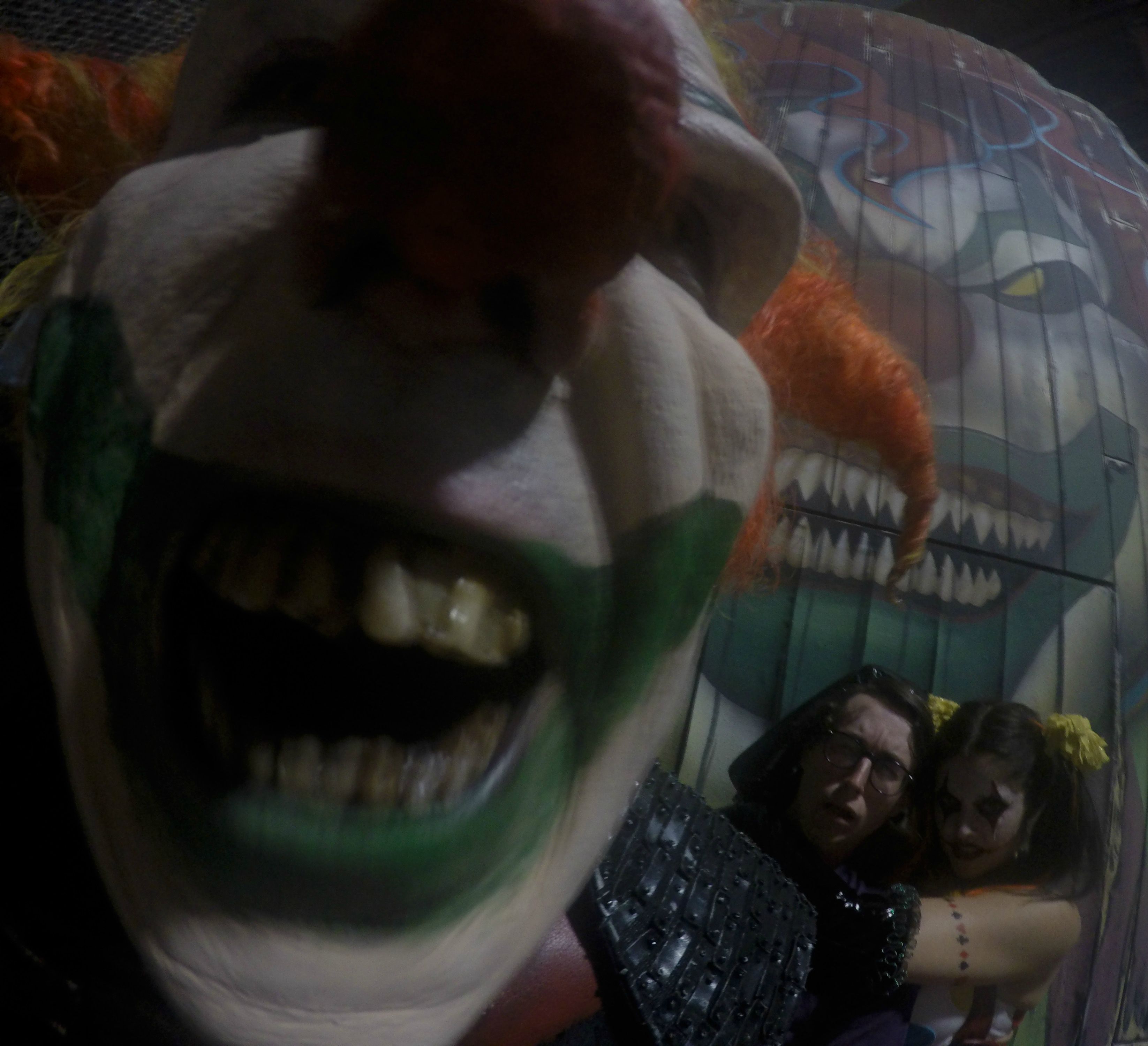 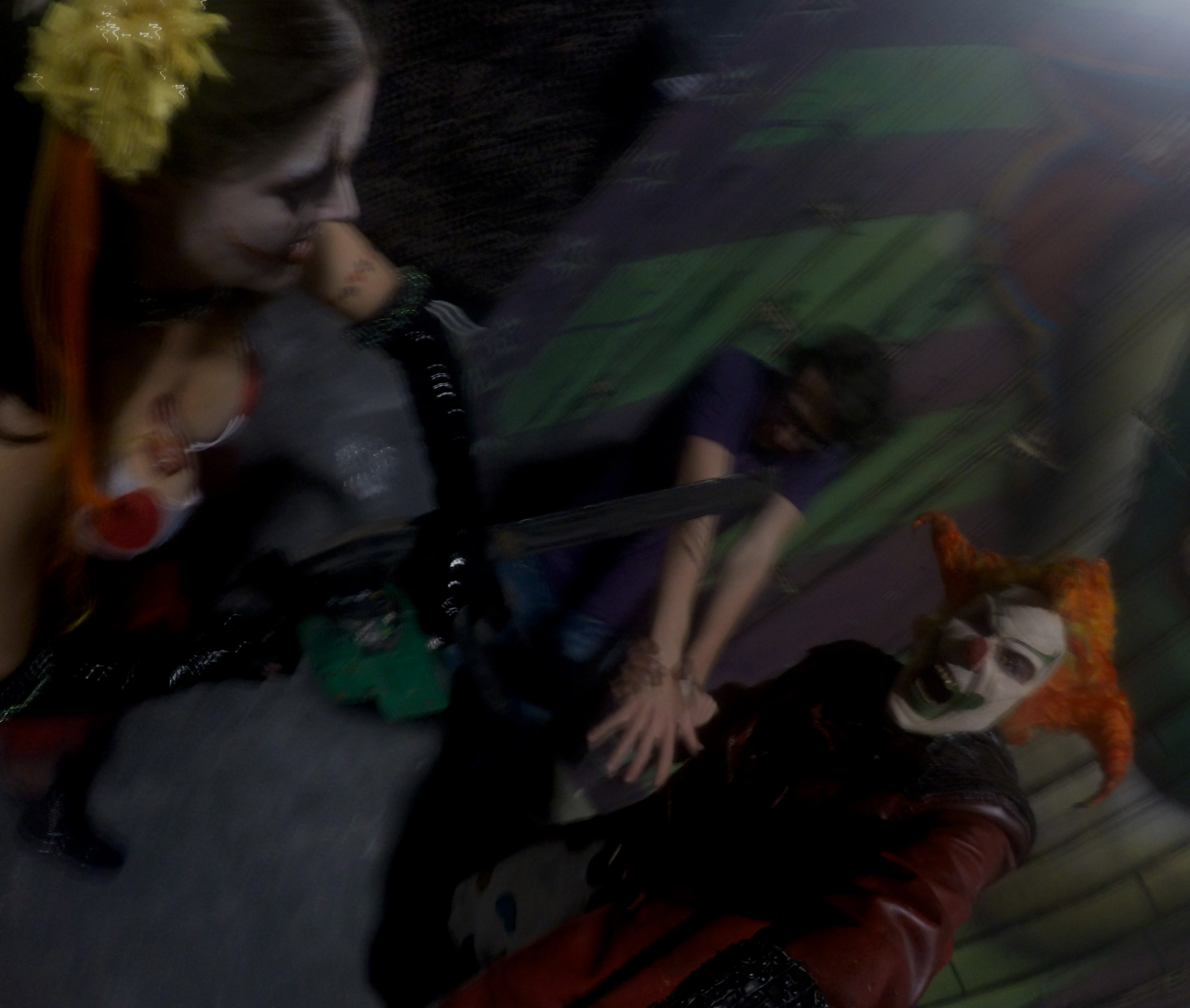 Going back to Jack’s present… We opened the wooden box to find a startling surprise. 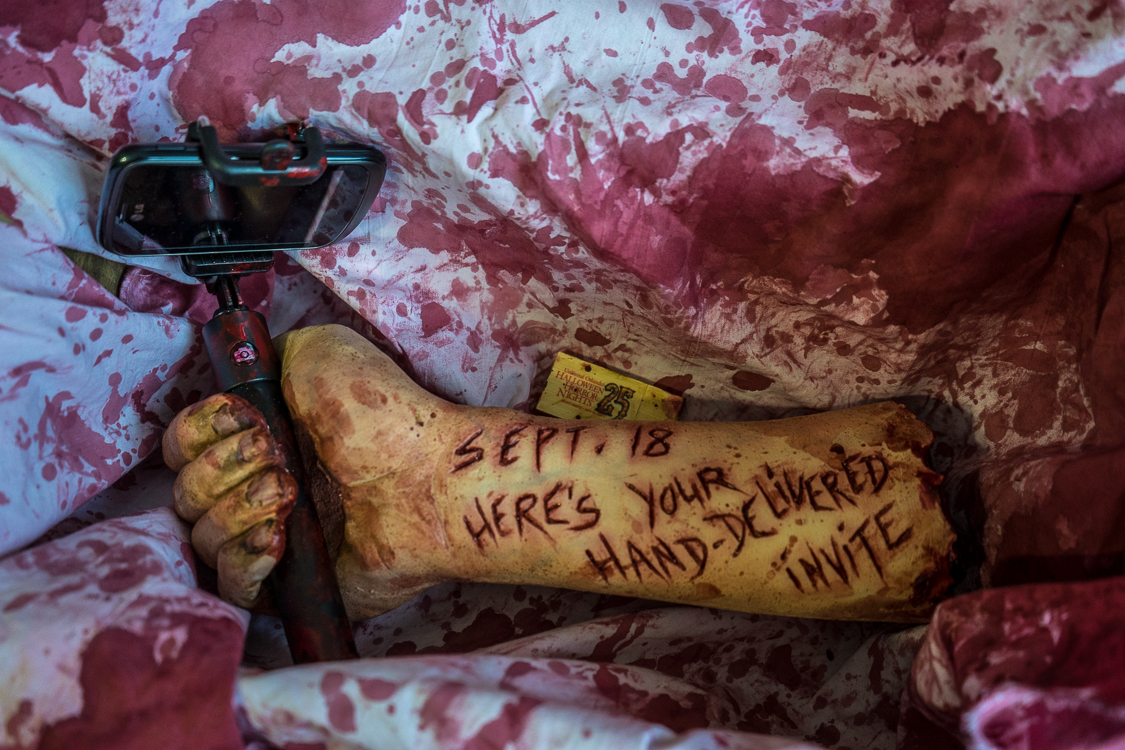 Hal’s phone held some of his last moments with Jack. 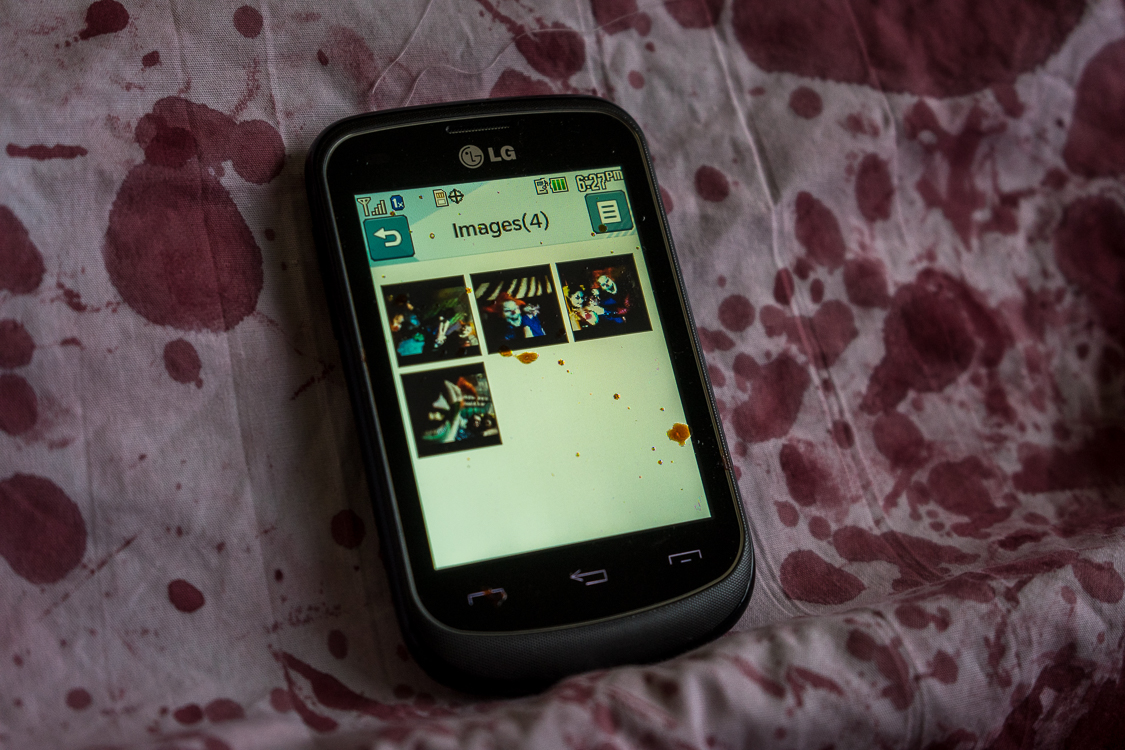 A special (and important) message was engraved on the back of Hal’s arm: 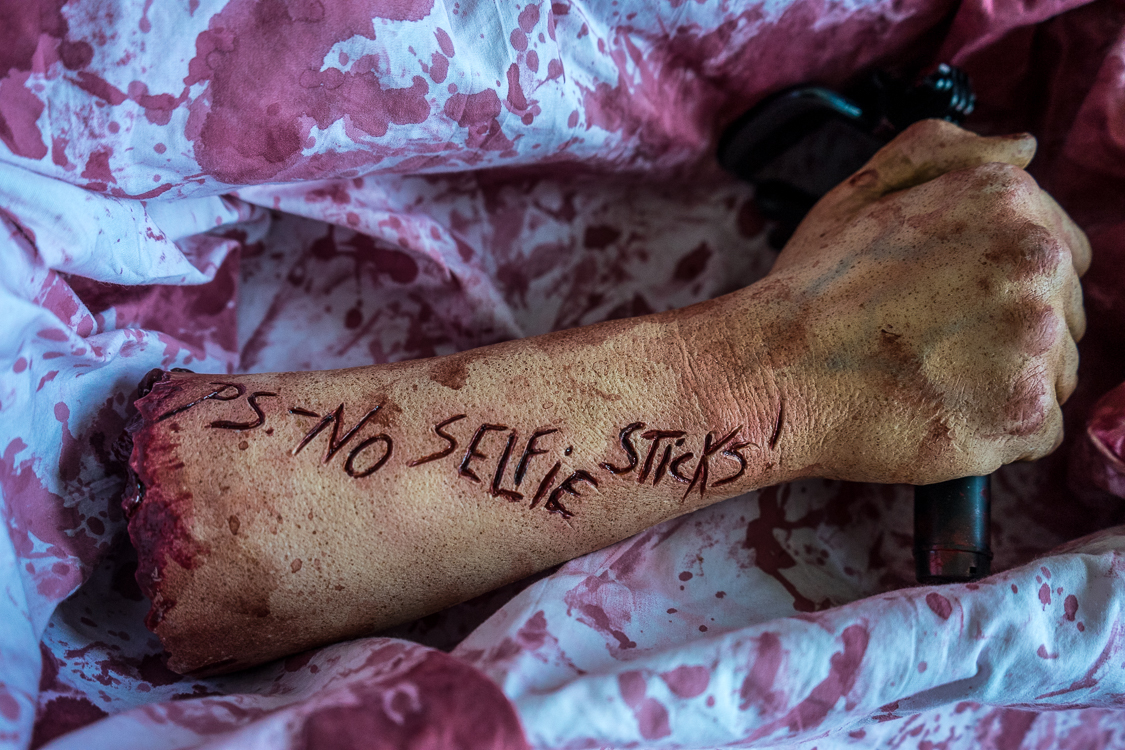 You can watch us fully unbox Jack’s hand-delivered invite to Halloween Horror Nights 25 below, or check out our gallery for HD images.

Orlando Informer is proud to provide our fans with the world’s most popular unofficial guide to this year’s Halloween Horror Nights event. We hope you will use all the wisdom we’ve gained over the years to make sure your family’s HHN trip is one night you will never want to forget:

Universal’s on-site hotels are already selling out on event nights! Let the experts help plan and book your vacation at no additional cost to you, contact Orlando Informer Travel.

Our HHN 25 coverage continues leading up to the event:

Don’t miss a second of the action, join us on these social channels:

Are you a “weekend warrior?” Go to Universal.