Everyone has had their picture taken in front of Hogwarts, near the T-Rex, or with Marmaduke. But there are plenty more nifty photo opportunities if you’re willing to go off the beaten path. 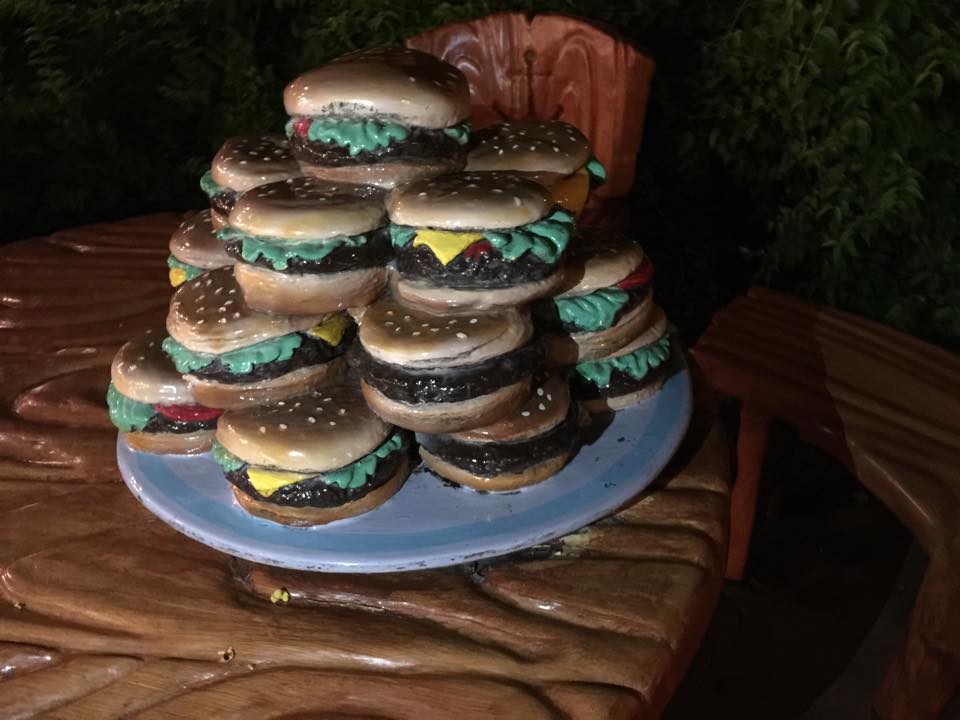 Can I pay you Tuesday for a hamburger today?

If you aren’t familiar with the Popeye cartoon or comic strip, Wimpy is a bumbling, broke buffoon with an insatiable love of burgers but can never pay for them. It’s easy to pass by the oft-closed Wimpy’s burger stand on your way to the Bilge Rat Barges. However, hiding in plain sight amongst the standard tables and chairs is a humongous plate of oversized cheeseburgers. This fun sight gag makes for a great pic if you want to exaggerate your appetite. 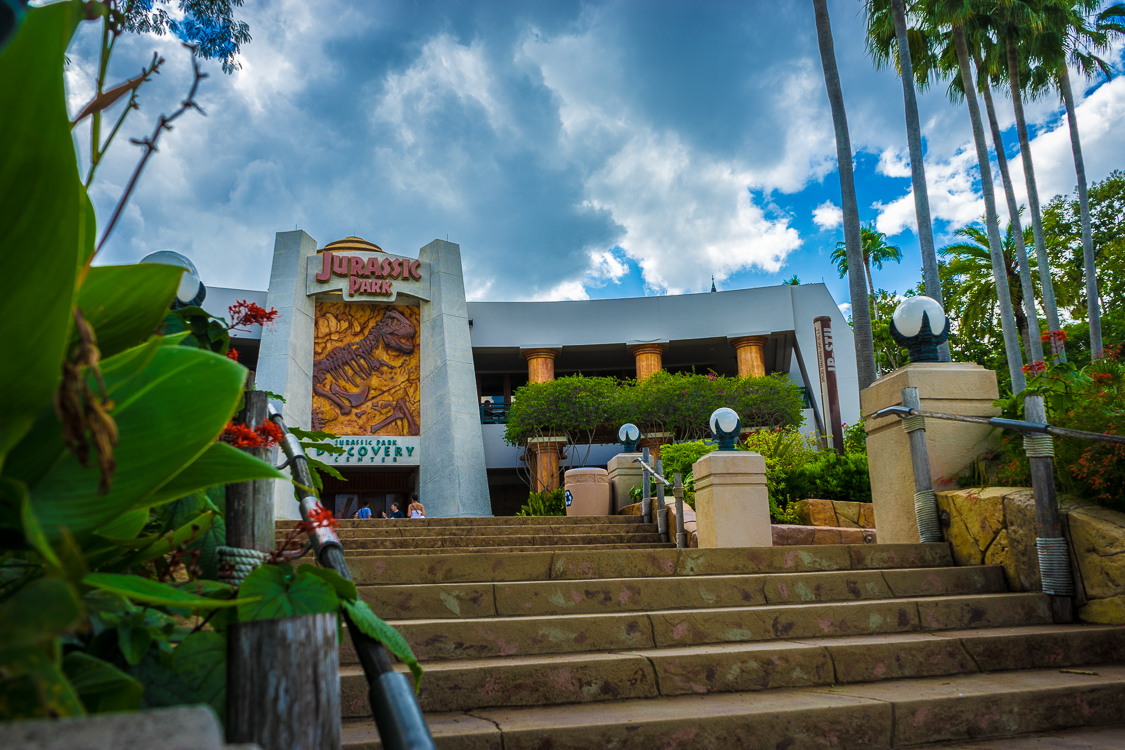 One of the park’s most iconic vistas is the initial, grand view of the Discovery Center across the water. Few realize you can actually stroll around directly in front of this building and get a much closer pic, a must if you’re a Jurassic Park fan.

There are two ways to get there: one is through the building itself. Pass Burger Digs and the Dinostore along the island’s main path, take the stairs down to the exhibit floor, and exit out the unassuming doors on the far side. The second route is to go around the building on the Lost Continent side. After taking the bridge near Sinbad, keep left, and you’ll find the plaza.

Bonus: This quiet plaza also offers superior, across-the-lagoon views of The Incredible Hulk Coaster, Sneetch Beach, and the rest of the Islands. 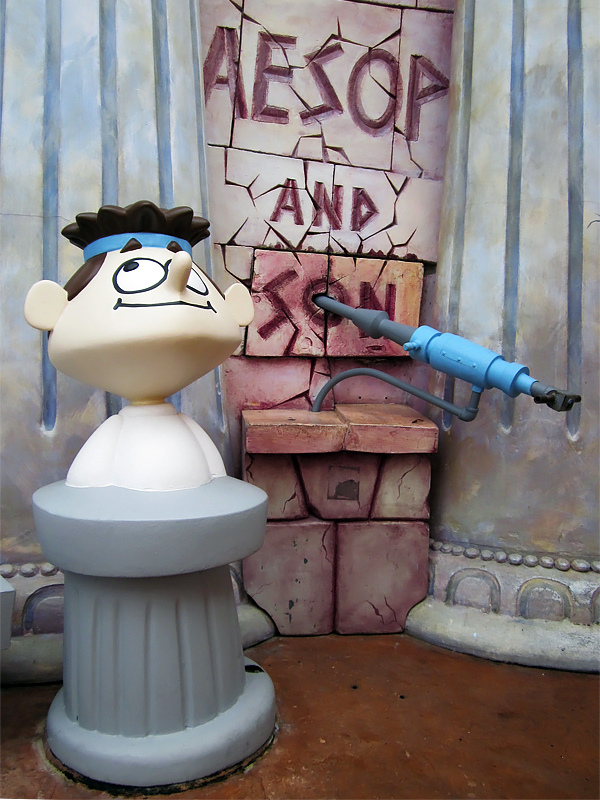 A small, interactive tribute dedicated to the Aesop & Son segment of Rocky & Bullwinkle sits tucked away just past the Ripsaw Falls lockers. These optional lockers, as well as a seating area, are located directly to the left of the attraction’s main entrance. Move past the tables and chairs to find the hard-to-spot tribute.

The titular characters’ sculpts anchor the area. You’ll find a large jackhammer (with working sound effects!) to pose with, as well as a bench sporting permanent bunny ears. The younger crowd might not understand the show it’s referencing, but hey, still nifty! 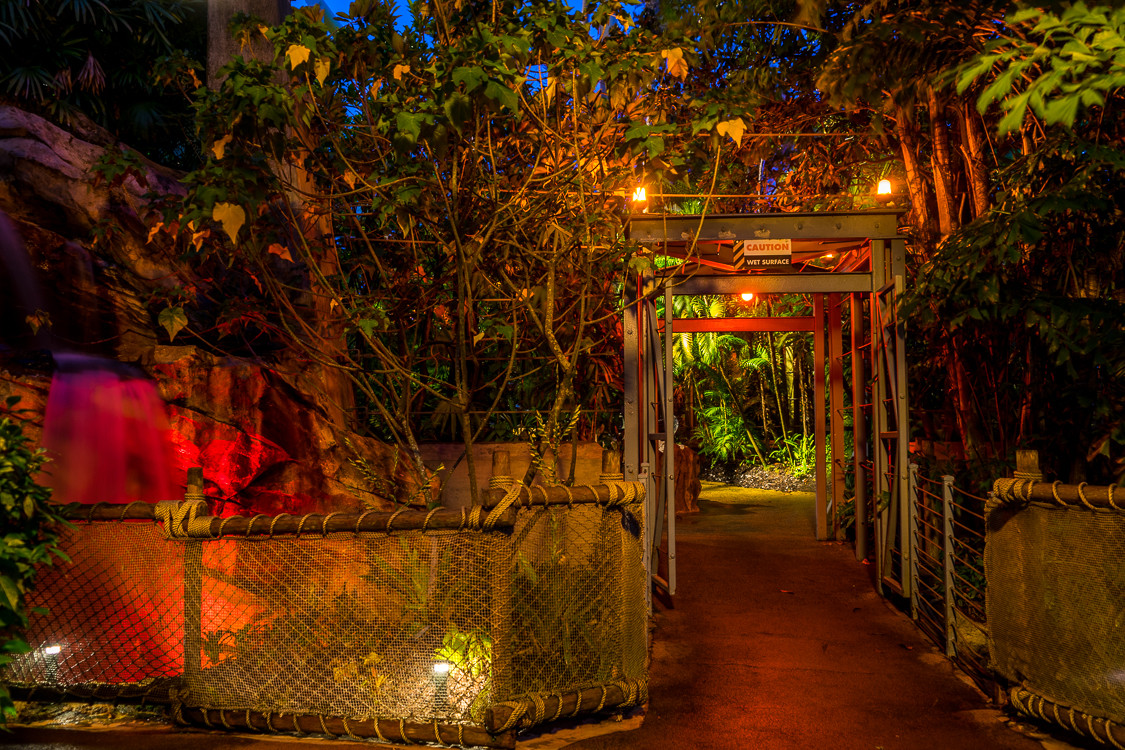 Adults might scoff at entering the Camp Jurassic play area, but trust me; it would be a disservice to ignore it. Though there are plenty of slides and water areas for the kids, the area is made up of stunning environments and wonderful tributes to the film series. One of the best areas to visit is the Amber Mine, where you can find the infamous mosquitos trapped and ready for extraction. Again, Jurassic Park fans should go wild.

Bonus: Wander into the extensive caverns to find a gorgeous series of bubbling geysers and eerily lit waterfalls. If you find your way to the upper floor of the caves, you’ll find a path leading back outside that offers excellent views (and photo vantage points) of the entire area. 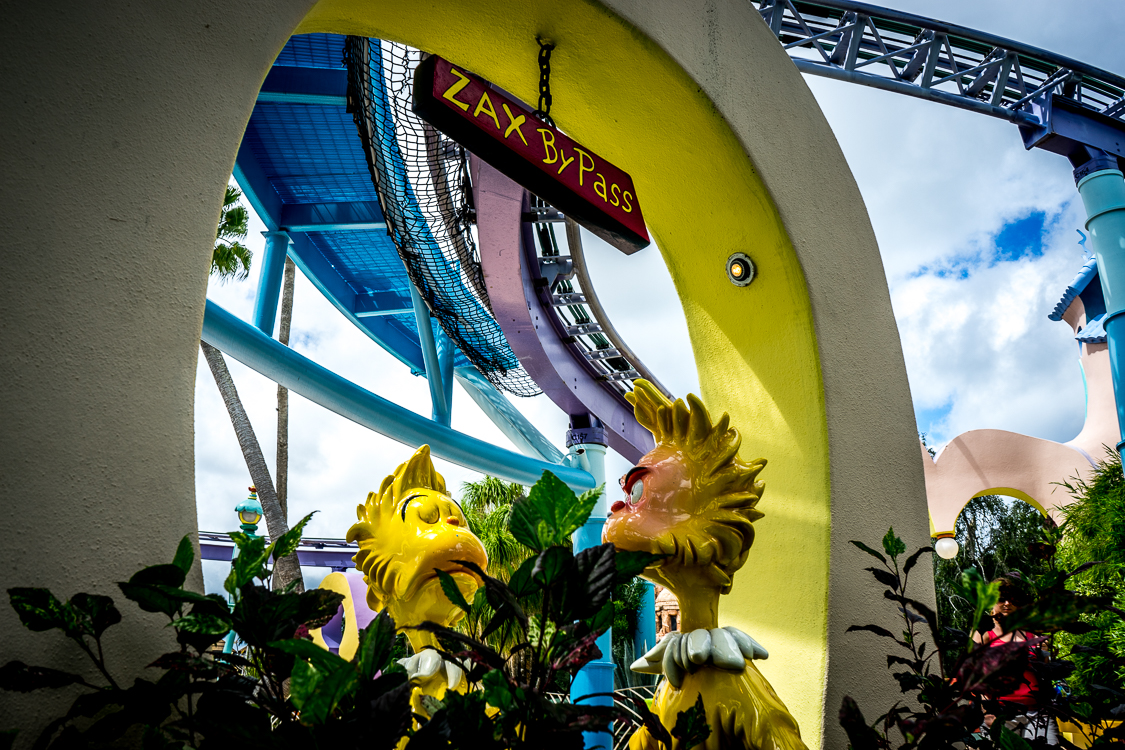 If you can’t find this pair of critters, follow the tracks!

Seuss Landing frequently references some of the famed author’s most obscure works, like the Zax from Dr. Seuss on the Loose. Two Zax can be found in a bitter standoff at the “Zax Bypass,” located behind the Green Eggs & Ham restaurant and near Sneetch Beach. The vignette works best as a photo op when participants mimic the Zax’s stubbornness.

Bonus: The Zamp in the Lamp isn’t located far away and is also worth a look and a pic. Look closely at the curvy streetlights situated next to Moose Juice Goose Juice: one of them contains the elusive “Zamp!” (If you’re having trouble finding it, the offending streetlight has a small sign alerting you to its presence.)

Location: Seuss Landing, next to Cats, Hats, and Things 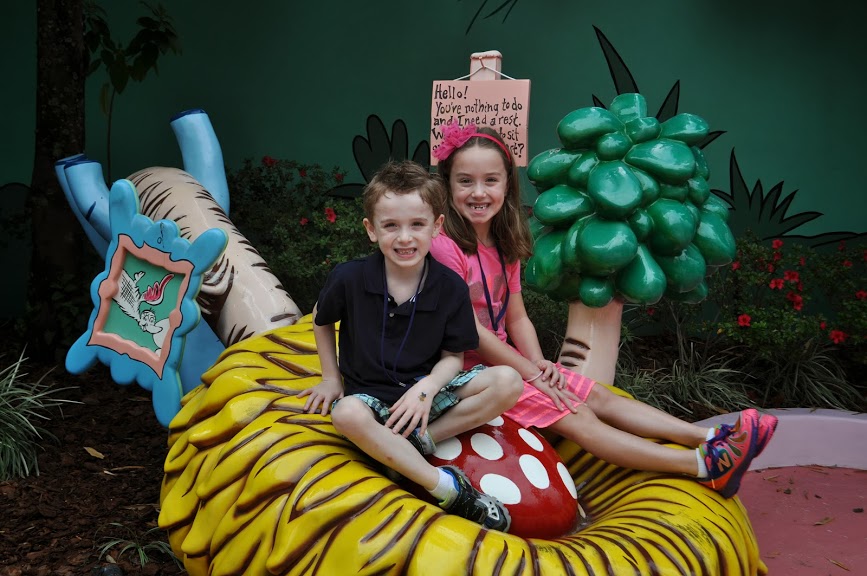 Despite being of the more popular Seussian characters, Horton the Elephant only enjoys three small shout-outs in all of Seuss Landing: the more obvious appearance is on top of the Caro-Seuss-El, where the mild-mannered elephant perches beside other rotating critters. Two of his similar-looking elephant brethren also flank the entrance to the Circus McGurkus restaurant.

Horton has a third literal easter “egg” adjacent to the Cats, Hats, and Things gift shop: the egg he agrees to sit on for the Amayzing Mayzie in Horton Hatches the Egg. Complete with a nest, branch and plaque, guests are free to take a seat for a hilarious photo op.

The nest is tucked into a small courtyard that can be hard to spot. There’s a side exit to the aforementioned gift shop that’ll lead you right to it. Alternatively, if you face the shop’s entrance, you’ll see a small curved arch on your right you can pass through.

Have you taken pictures at any of these locations? Share them with us in the comments! These hidden gems only scratch the surface of what Islands of Adventure has to offer. What other hidden photo spots do you like to visit?

Let’s skewer theme parks and princesses, shall we?