Have you heard about Universal Orlando Resort’s third theme park? Yeah, we have, too, ever since the company first had plans for it (oh, and a fourth gate, as well) some 20 years ago. The original idea was to purchase a considerable amount of land – some 1,000 acres or so – in order to create a Site B down by the Orange County Convention Center, which is a good 15-minute trip south on International Drive. But then the expected success of Islands of Adventure, CityWalk, and the first of the on-site hotels fell completely through, and all plans of additional parks, time share units, and, even, golf courses and tennis courts had to be washed away – permanently, it had seemed.

Then, of course, everything changed. The Wizarding World of Harry Potter made the resort an instant player on the global theme park stage, and Comcast stepped in as NBCUniversal’s corporate parent just in time to enjoy the windfall and order the most aggressive expansion in the industry’s history. 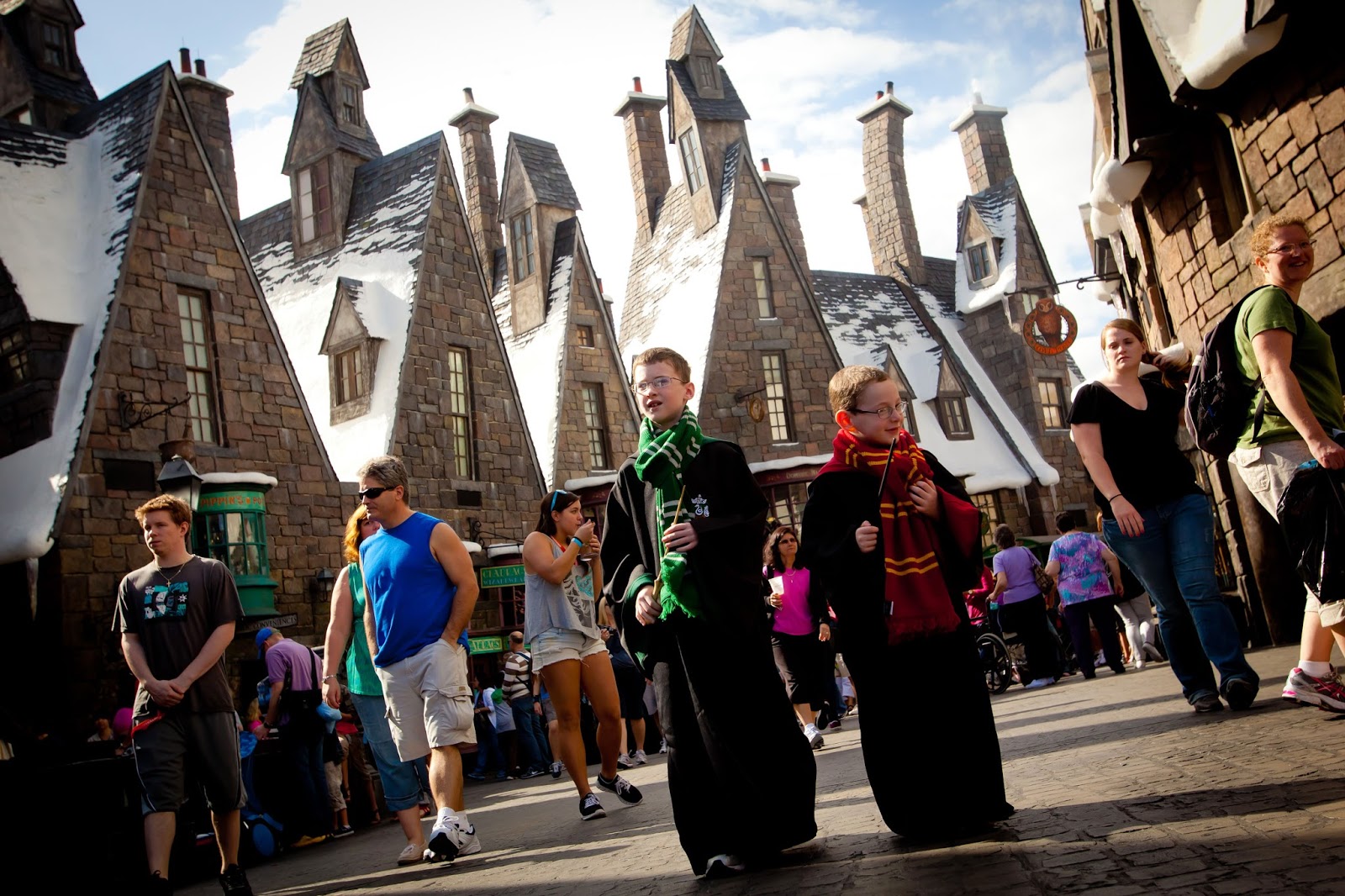 It’s enough of a Cinderella story – to quote Caddyshack – to even make people believers in the third gate proposal again. Check out this post that was made last year by theme park forum poster Disneyhead: “Universal had a solid 10-year plan in 2012. We are two years in. So now it is an eight-year plan. And it includes three more hotels and caps off with the third gate.”

A third theme park by 2022? Given Comcast’s spending spree and Universal’s glee – and given the fact that both Universal Studios Florida and Islands of Adventure will be significantly upgraded, with the former being an almost completely different park – it’s within the realm of possibility, though there are many questions swirling around such a development. Where will it go? How will guests be easily and efficiently transported to it if it’s located off-site? How would it differentiate itself from the older theme and new water parks? 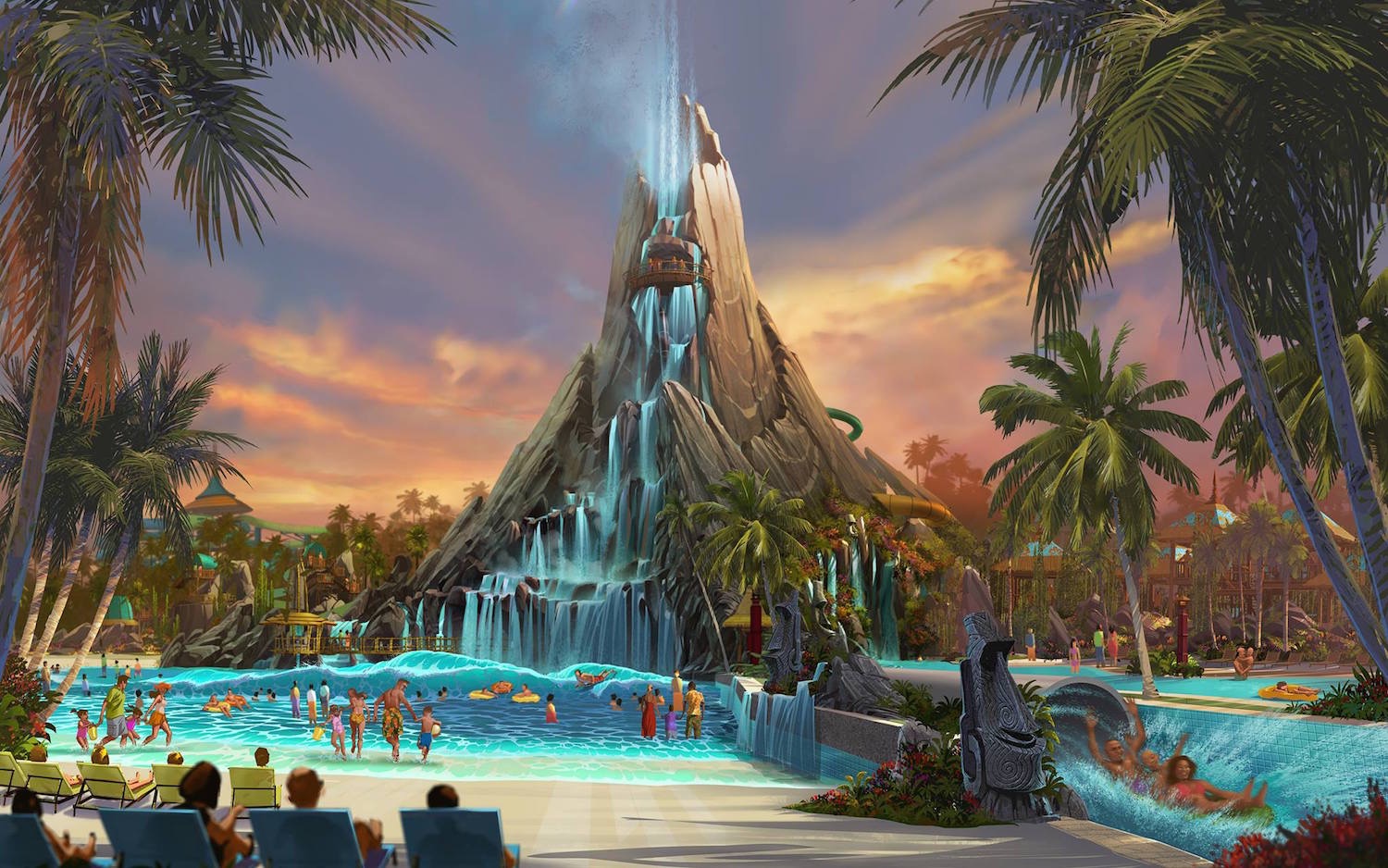 And, most importantly of all, just what intellectual properties would it use as its subject matter?

This Is Infamous thinks it has the answer: the site just last week filed an exclusive report claiming that Universal is angling to make its third gate videogame-based.

On the one hand, if true, the decision would make a lot of sense – it instantly sets itself apart from the film-centric USF and literary-based IOA. On the other hand, however, there are a number of problems with the development, not the least of which has to do with the comparatively limited audiences that the IPs would bring. 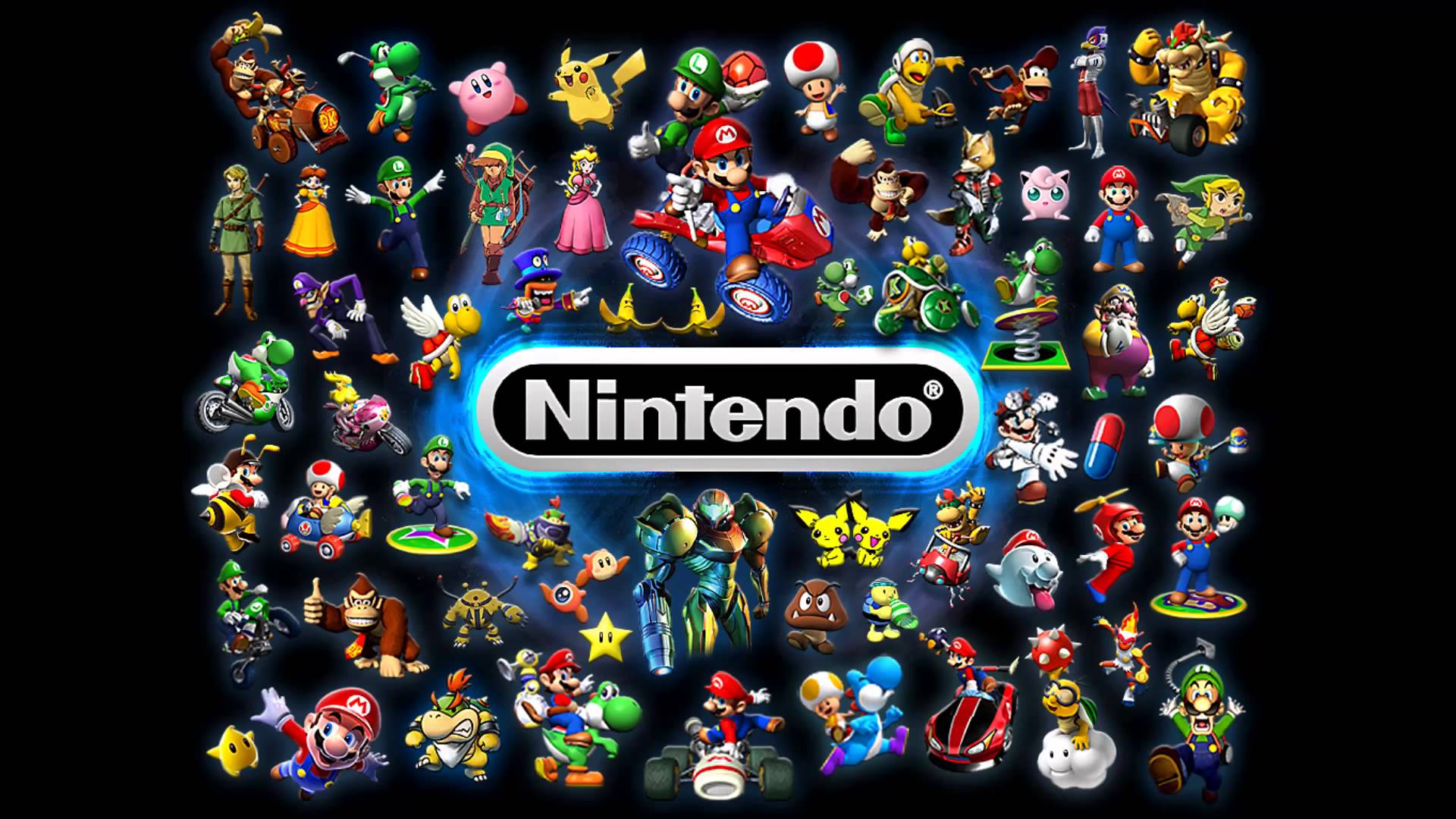 And that’s not to mention the little matter of the site’s claims that Nintendo will form the backbone of the new park. Common consensus in the themed blogosphere holds that Woody Woodpecker’s KidZone will be the site of Nintendo Land, featuring the likes of a Mario Kart and Legend of Zelda ride (and, presumably, plenty of retail and food and beverage options). How can the same license go in two different parks?

This Is Infamous has two different possible explanations for this: either the totality of the previous rumors are wrong and Nintendo’s manifold characters will never set foot in USF or Universal will once again pull a Harry Potter and force guests to visit multiple parks in order to attain the full Nintendo experience. To quote its article: 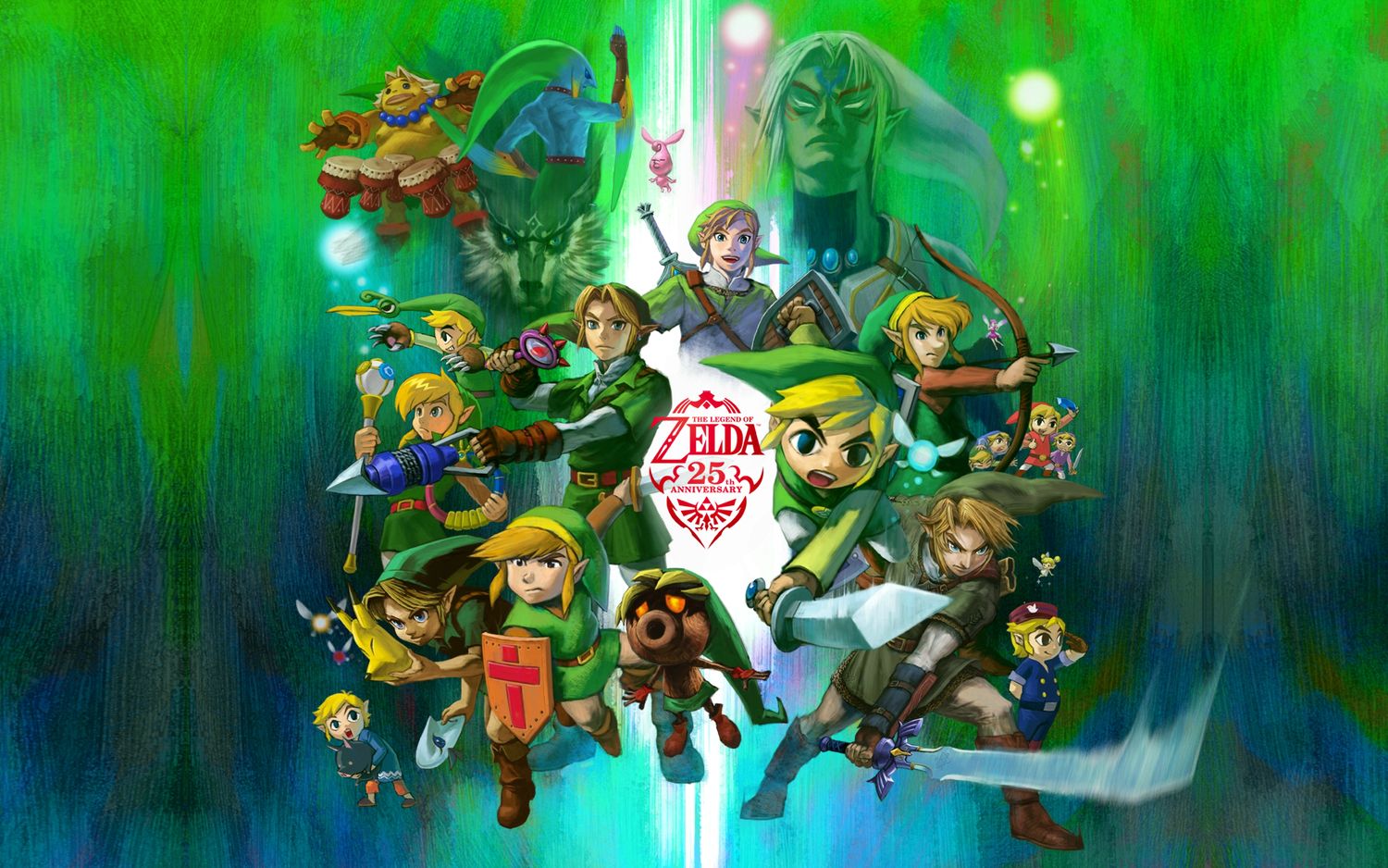 A Mario Kart ride is certainly in the works, but I’m also hearing Pokemon and something Legend of Zelda would be created. So while they’re all Nintendo, they’re all distinct brands that may end up getting their own immersive worlds – and that cannot be done in the kiddie area alone.

If there’s any other IP in the world with which to do a Wizarding World, it would easily be Nintendo, with its 36-year history in the videogame space and its knack for creating some of the most successful franchises the industry has ever seen. Conversely, Universal would have no possibility of connecting the two areas together, like it does with the Hogwarts Express for the Harry Potter lands, and there’s no “real-world” geography at play to reinforce the division (i.e., Scotland’s Hogsmeade Village and London’s Diagon Alley). 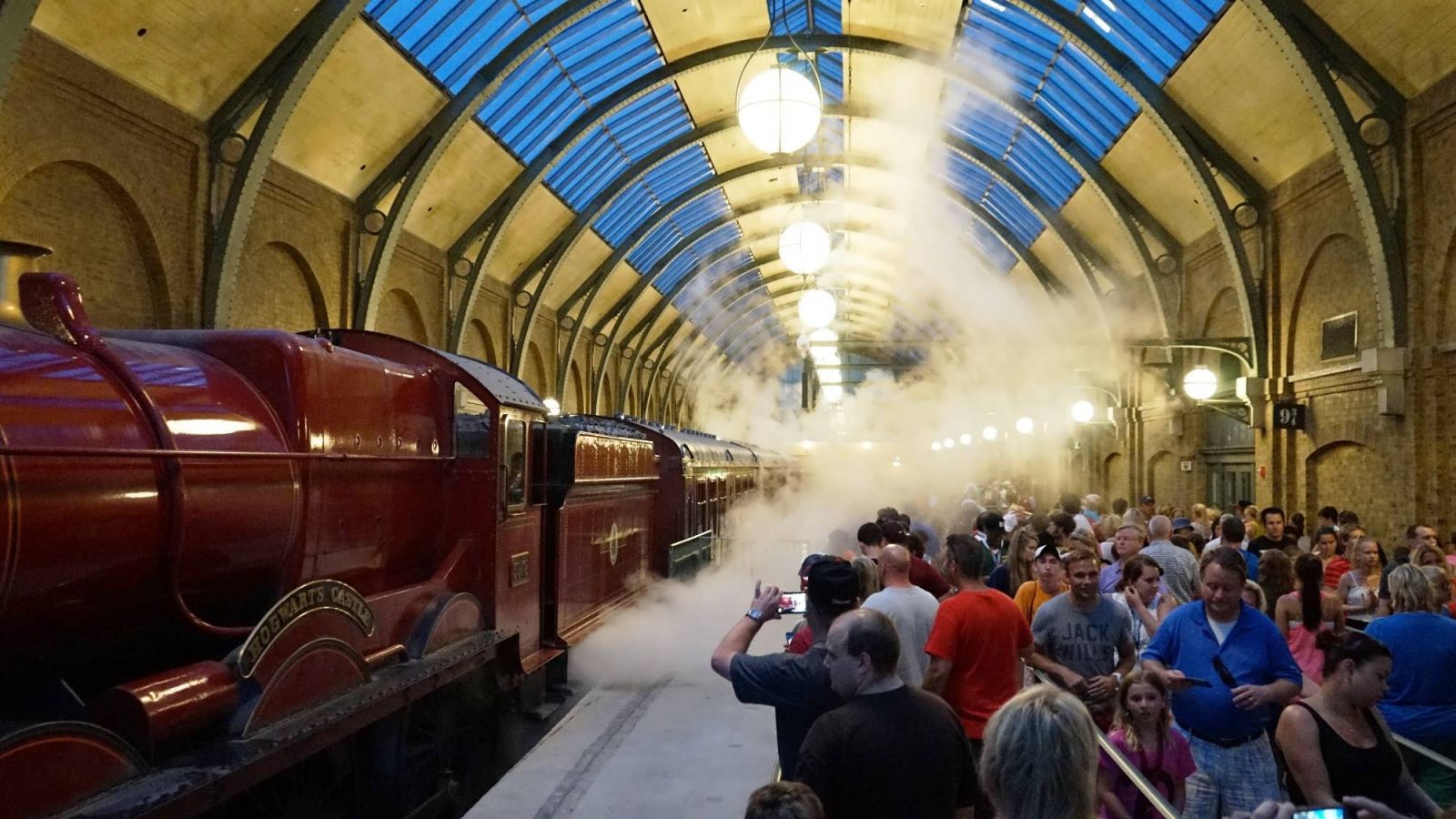 (And, besides, we’ve already concluded that Pokemon is unlikely to make its way to any of Universal’s parks.)

The only other property that This Is Infamous lists as reportedly being on the drawing board is World of Warcraft, a massively-multiplayer online role-playing game that has been around for an unbelievable 11 years and which is part of an even bigger and more popular franchise (Warcraft, which will be celebrating its 21st birthday later this year). 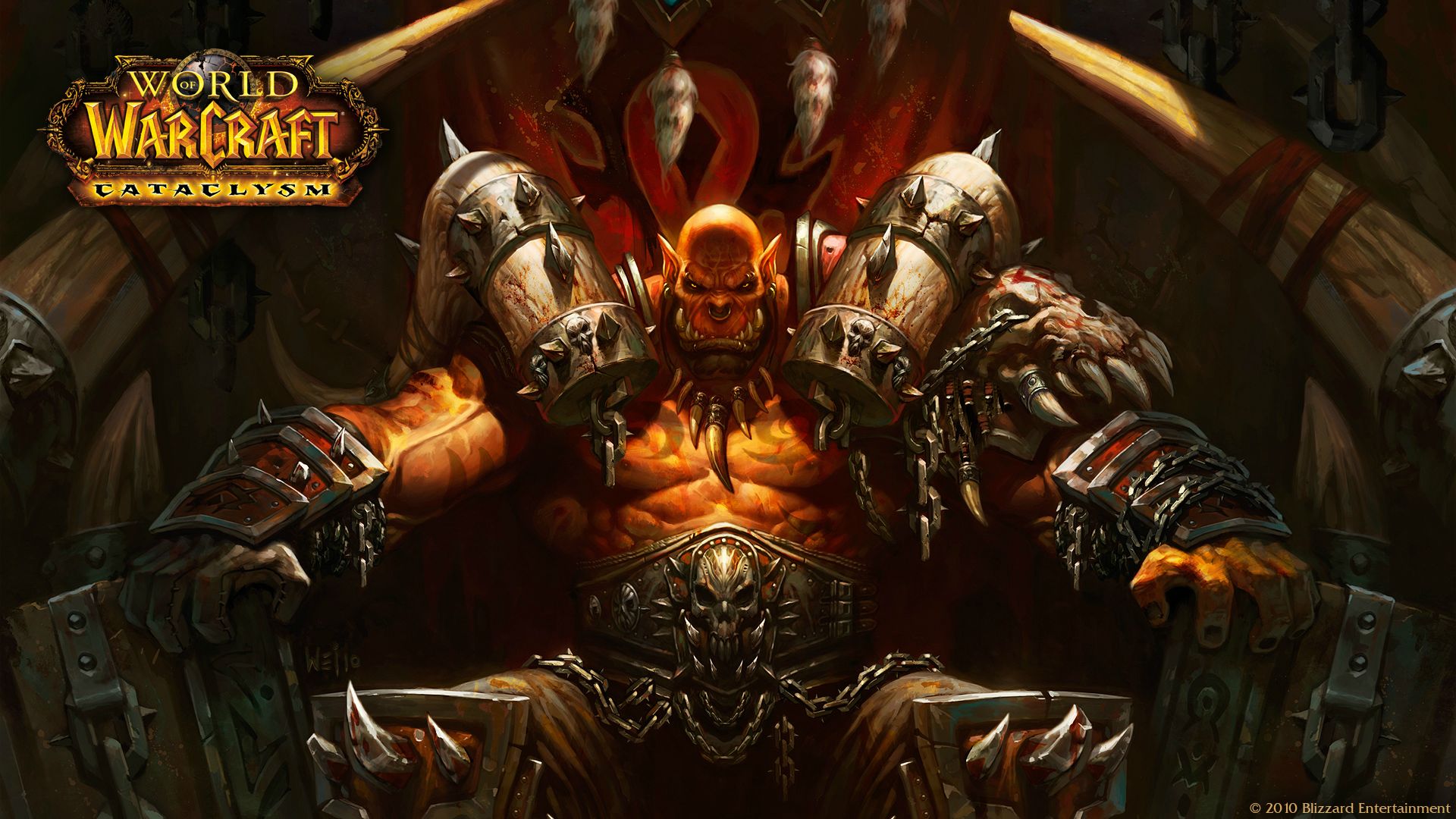 Beyond its unprecedented success and depth of material to mine for theme park environments, there’s actually more weight behind WOW’s involvement: the rumors behind Universal’s supposed interest in the IP date back to a few years ago (we originally reported on the possibility of the game taking over either Toon Lagoon or The Lost Continent back in October 2013), after Universal and film studio Legendary Pictures signed a distribution deal on the movie front and a strategic partnership in the theme park arena. (Oh, yeah – Universal is releasing the Warcraft film next summer, which is helmed by Duncan Jones [David Bowie’s son] and starring Dominic Cooper [Iron Man’s father in the Marvel Cinematic Universe].)

The website claims that Universal is keen on having its new park open by 2021, and for a very good reason: that’s when Walt Disney World Resort turns 50 and will have a veritable cornucopia of new attractions and events to celebrate the occasion, including, just possibly, a complete makeover of Hollywood Studios. Universal, the site reasons, will want something to fight back against all that spotlight-hogging (just as it is opening Volcano Bay at the same time Animal Kingdom will finally be getting its Pandora: The World of Avatar expansion). 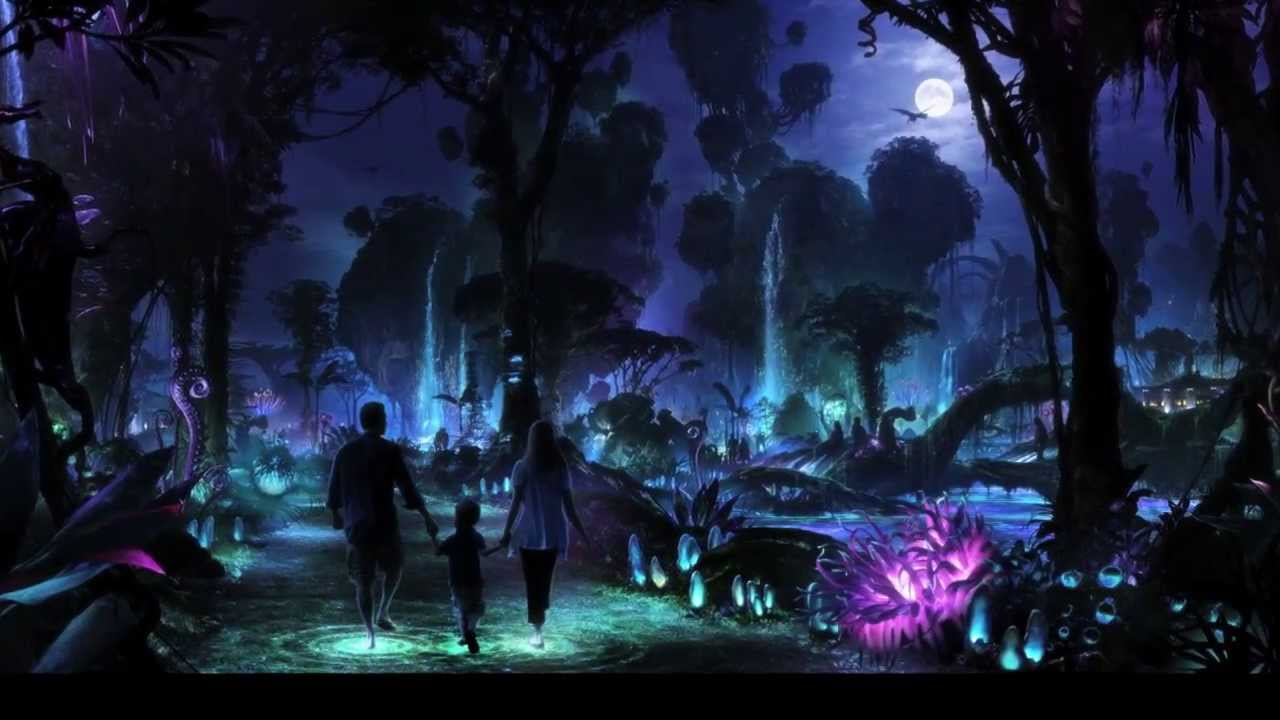 How plausible is this scenario? The truth is we just don’t know as of this moment. While a 2021 debut certainly fits with the aforementioned 10-year plan that was purportedly drafted back in ’12, it would mean that Universal would have to start construction rather soon, and with Sapphire Falls Resort, Volcano Bay, Nintendo Land, and the new off-site hotels (located over at the Wet ‘n Wild property) all currently on the docket, such a coordination of construction may be too much even for the likes of the mighty Universal to handle.

Then again, it could always employ every contractor in the tri-county area and have them work around the clock…

This, unfortunately, just may be where the whole report goes off the rails.

Opposed to speculating that this new theme park would be built off-site somewhere, This Is Infamous hypothesizes, “My understanding is that they are in the process of acquiring the necessary land surrounding their currently-developed areas, with these parcels being a done deal in order to realize their designs on something bigger.” That’s a pretty tall order; with both Universal Studios Florida and Islands of Adventure taking up approximately 110 acres, a third park would assumedly need roughly that much room, as well – a tall order for the mostly-fully-developed real estate directly bordering Universal Orlando. 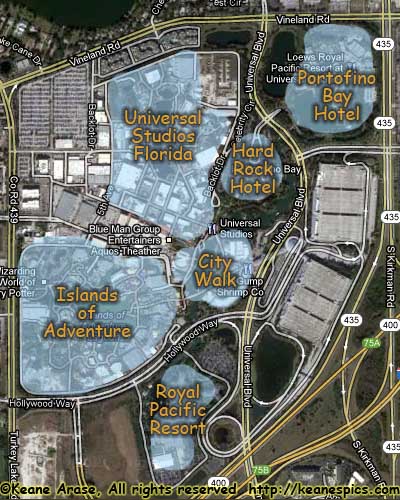 (Yes, Universal could conceivably take a page out of Disneyland Resort’s book and do a smaller park, something along the lines of 85 acres [Disneyland] or, even, 67 acres [California Adventure], but that would, obviously, significantly compress the amount of theming possibilities, not to mention limit the number of attractions, as well.)

Rumors have been flying of late that Universal may be building on either undeveloped or backstage tracts of land for the upcoming Nintendo Land, something which it did for the original Wizarding World. Could it be that the author’s sources mistook that possibility for the third park project? Or is Universal so concerned with transporting its guests and maintaining a contiguous footprint – despite, y’know, the existence of that rascally Wet ‘n Wild plot of land – that it will bite the bullet and potentially sacrifice immersion for a next-door development? Or is the whole story a significantly early April Fool’s joke?

Given the ridiculously aggressive timetable Universal has been on as of late, we actually won’t have to wait long to find out.

What do you think about Universal’s inevitable new park? Tell us in the comments section below!