After months of delays at Busch Gardens Tampa, Falcon’s Fury was opened to the public at noon on Tuesday, September 2. Three days later, it went down again for “routine maintenance” (that’s the official story, but several employees say it was struck by lightning) and stayed down for four days. To say this ride has had technical issues is an understatement.

In Busch Gardens’ defense, this is an attraction like no other. At 335 feet, it’s the tallest free-standing drop tower in North America, and the only one of its kind to rotate the seats so that you’re looking at the ground as you fall. It’s a technically complicated behemoth, to put it mildly, and with a complicated ride comes lots of challenges. 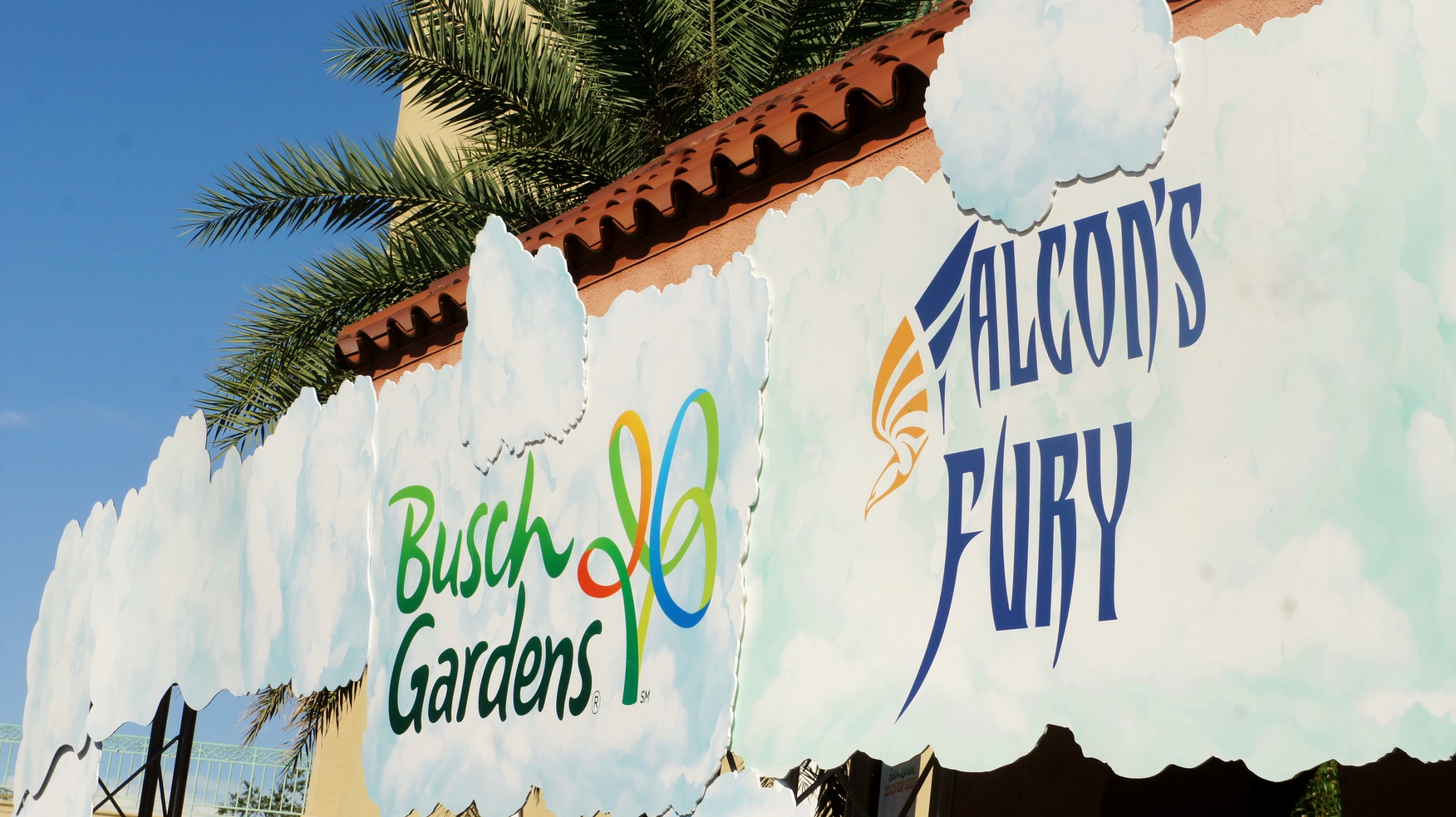 My family and I have watched this attraction being built from the beginning, and as the size of the structure grew, so did our anticipation to ride it. With Falcon’s Fury up and running now, we decided to go check it out. My husband (the biggest adrenaline junkie in the family) was so excited that he’d finally get to ride this, he could hardly contain himself on the drive to Tampa.

I had declared quite a while ago that there was no way I’d ever get on this thing, so my husband and daughter began quickly emptying their pockets of anything that might fall and handing them over to me for safe keeping. (I like a good coaster, but racing downward at 60 mph while watching the ground approach? That’s just way too far over the line of comfort for me.)

My family later told me that signs inside the queue repeatedly informed you that if you didn’t take loose items out of your pockets and they fall from the ride, you could face ejection from the park. This ride is so high up in the air that they’re really serious about this! 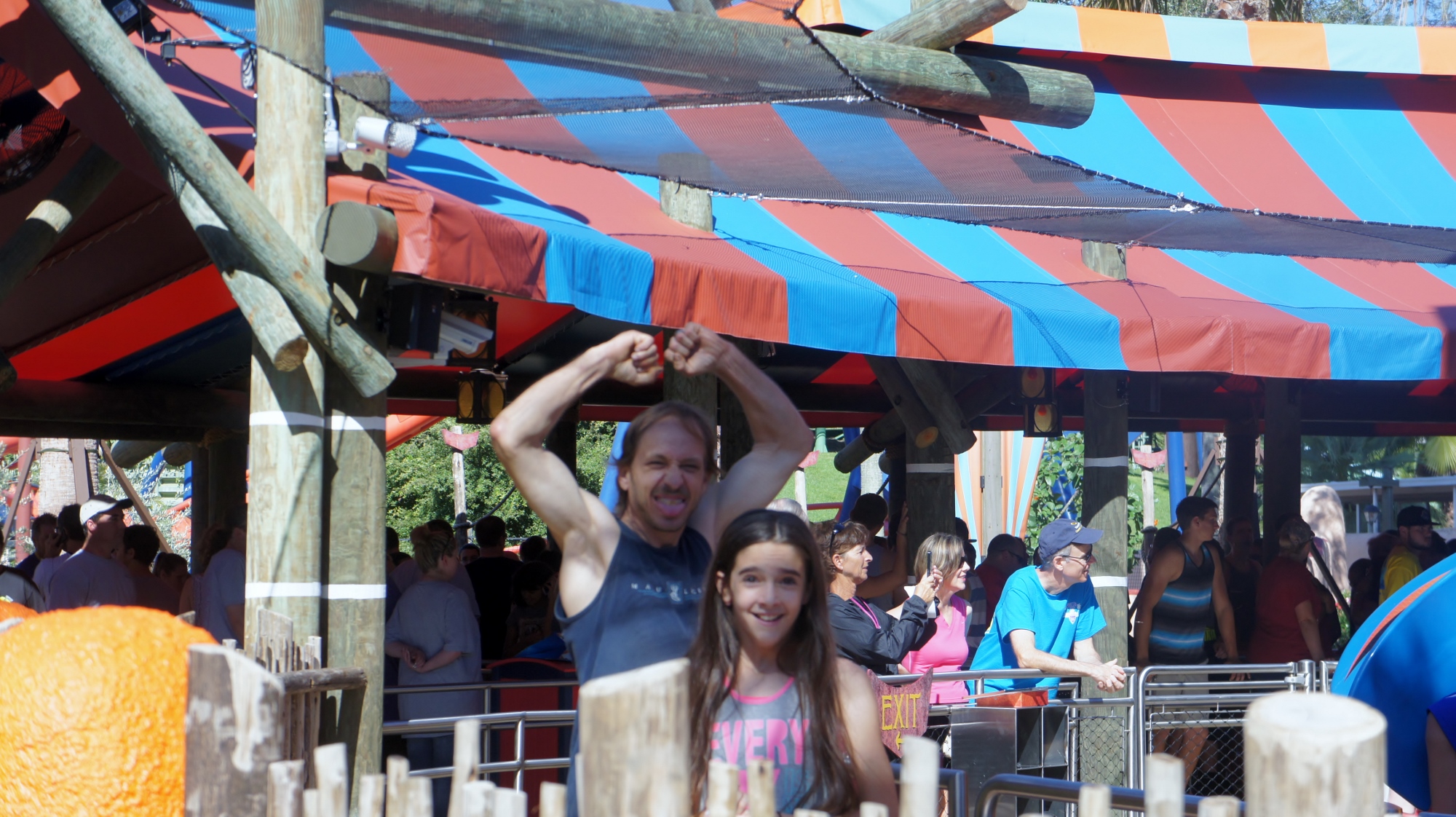 As they stood in line waiting their turn, watching group after group ride before them, my husband’s excitement increased… but my daughter was beginning to have second thoughts.

When they finally stood at the gate, being next to board the ride, the fear was evident on my her face. But she decided to go through with it – “I’ll never know if I like it or not if I don’t ride it,” she said. And after being strapped into the ride, and as the car began to ascend, the fear was plain on my daughter’s face, and the joy of finally riding it plain on my husband’s. 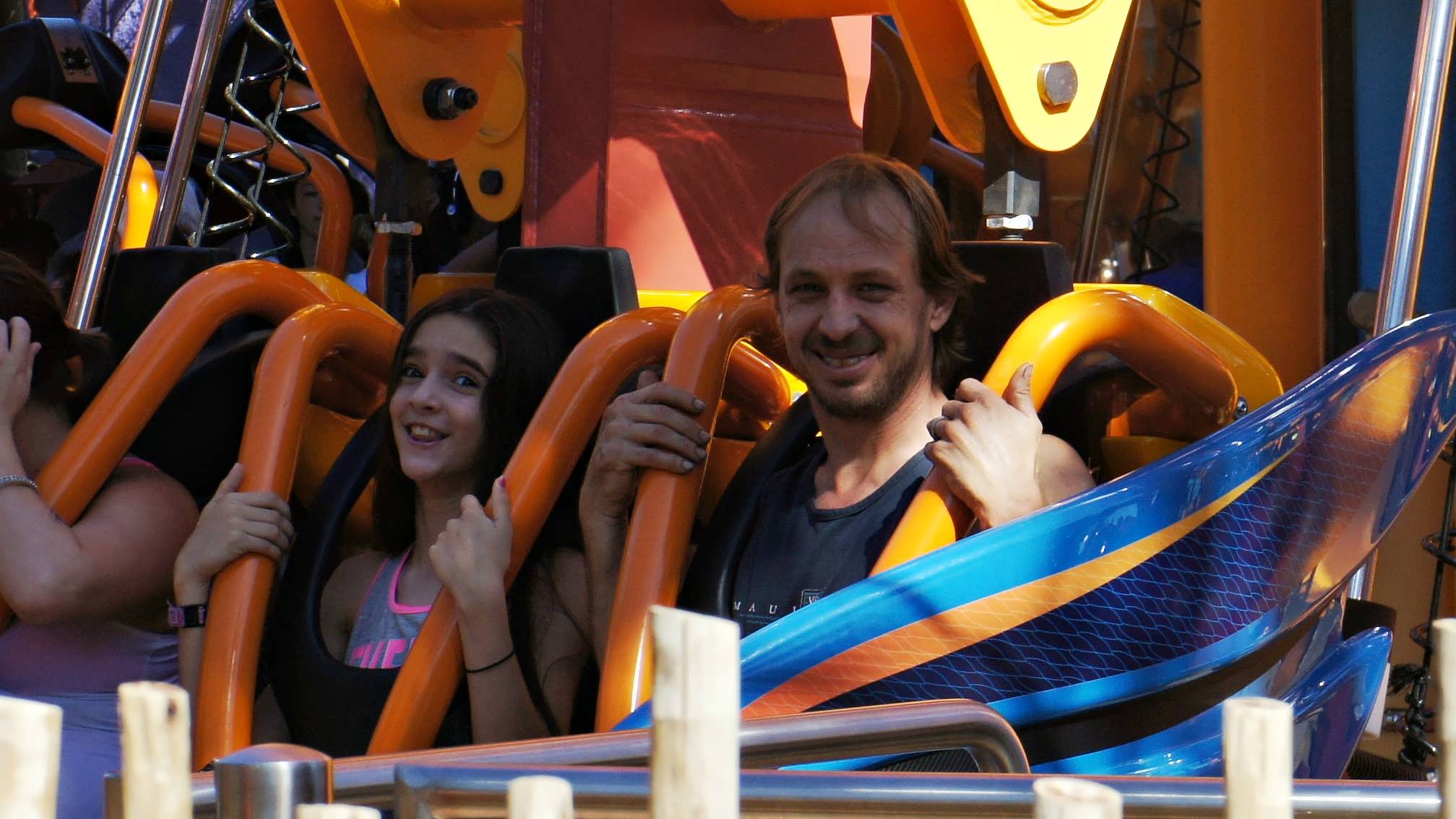 Once you near the top of the tower, the seats tilt downward and face you towards the ground. Once those seats start tilting, the screams of the riders echo through the park. (I’m not sure which is louder – the screams or the ride itself!) You hear a very loud click as they lock into place. After that, you spend anywhere from one to five seconds – it’s random each time – before you plummet towards the ground.

While Falcon’s Fury itself has begun providing the option the purchase a picture of your descent, with a good zoom on a camera you can see your family members’ faces at the top of the ride as well. True to their characters, my family’s facial expressions weren’t a surprise. The look on my daughter’s face was pretty clear – she was terrified. And my husband’s face had a grin from ear to ear.

But after the four-second delay and the subsequent drop, my daughter’s face changed to one of delight – and once she let go of the restraints to throw her hands in the air on the way down, I knew she had conquered her fear. She came off the ride jumping up and down with excitement and couldn’t wait to ride again. 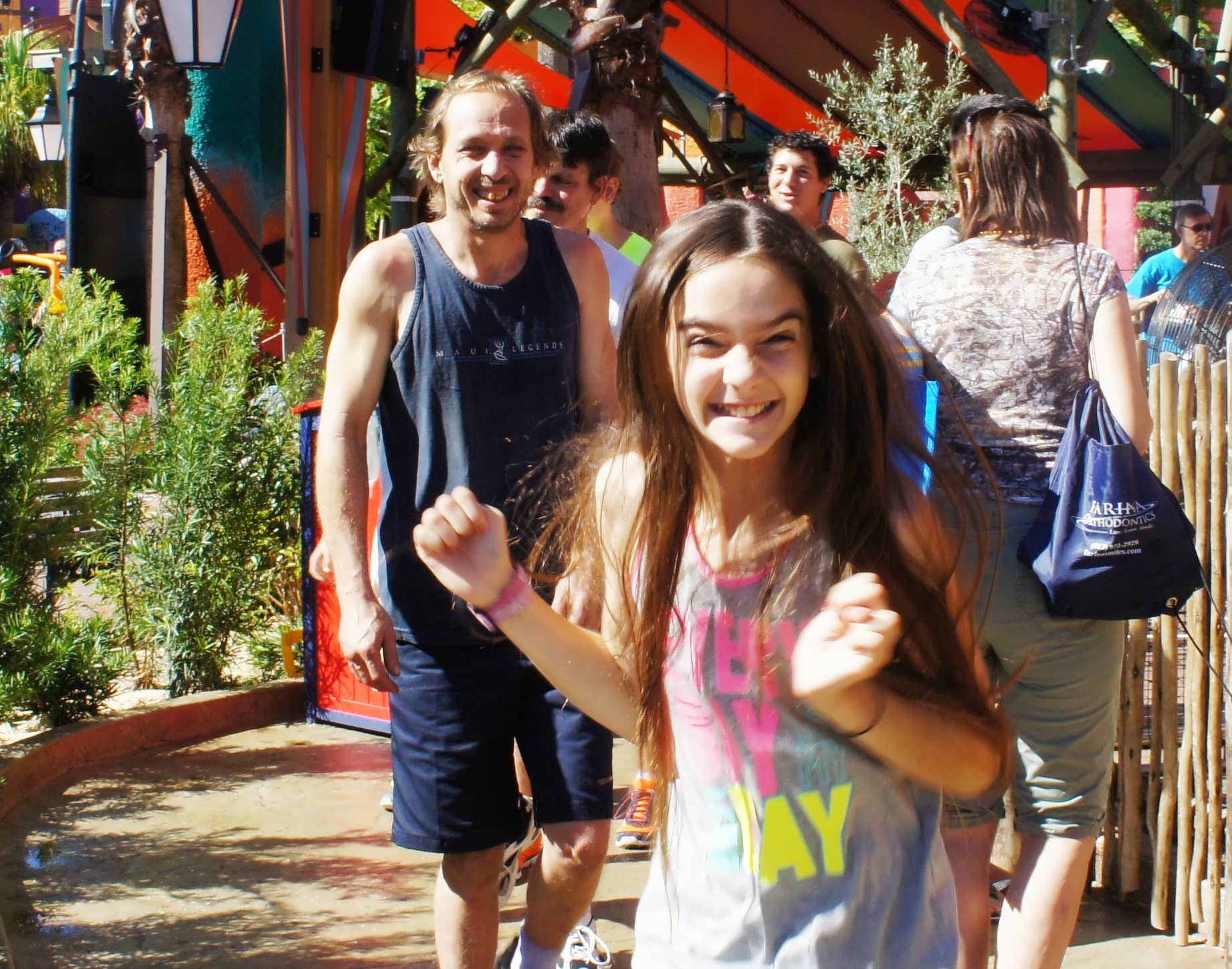 They said that, as the ride goes up, it is peaceful and offers a beautiful view of the Tampa area… but as you look out over the park, you begin to realize you’re heading higher than any of the other rides. They both agreed that as you pass the top of Sheikra (at 200-feet-tall), your heart starts beating a bit faster.

Once you’ve reached the top of the tower and the seats began to tilt, that’s when the adrenaline kicks in. They said you can really feel the safety harness holding you in place – and the longer you hang there, the more time you have to realize that the safety harness is the only thing holding you there in mid-air. And they both agreed the actual plunge as the ride speeds towards the ground is the best part by far.

When I asked them to describe it, they both were tongue-tied and explained that “awesome” doesn’t begin to cover it, and that there really aren’t words to adequately describe it – it’s just something that has to be experienced.

We started to head out of the Pantopia area. However, my family noticed the line for Falcon’s Fury was the shortest we’d yet seen. We even checked with the employees at the ride entrance to make sure it was still open, the line was that short. They confirmed it was, and that my family members had better get on fast to take advantage of the short wait. Once again I was left holding everything as they took off into the queue.

When they came off Falcon’s Fury for the second time, they again declared how awesome it was.

With it being Busch Gardens’ newest ride, the lines are bound to be long most of the time. And with it being the first attraction of its kind, there are bound to be technical issues from time to time. But both of my family members have decreed that it’s well worth standing in line for, and that it’s worth the inconvenience of a few technical problems every once in a while just to be able to have the chance to ride.

Have you already ridden Falcon’s Fury? Try to describe the experience to all the rest of us in the comments below.

The first rumored house for HHN 25 is…