Lazy river, rapids ride, and a volcano with slides: Oh My!

Today both an “Early Works Package” and Stormwater Report were filed with the South Florida Water Management District. (Thanks to CatCatCat on Orlando United, who discovered these.)

This excerpt from within the document was immediately found, and we’ve highlighted some interesting portions:

The project is a proposed water theme park to be constructed to the south of the recently opened Cabana Beach Resort. The site is a vacant tract of land that occupies a plan area of some 25± acres. The site is generally triangular in shape, bounded by I-4 to the south, Turkey Lake Road to the west and the new hotel to the north. A generalized plan view of the area under consideration is included on Figure 1.

We understand that new construction will include slides and pools plus various recreational facilities. A tall “volcano” with slides will be constructed in the southern portion of the site. There will be a series of low-rise buildings constructed throughout the site with several containing equipment pits. The site is to be graded by cutting and filling, the full extent of which is not known to us at this time. We do however understand that some construction elements will be located several feet below the water table.

The largest below grade construction will be the bunker that is associated with the Volcano. The finished floor slab of the bunker is understood to be elevation +117 feet, some 20± feet below existing grade. Pool shells will also be located below grade with the deepest such feature being at the wave pool next to the Volcano equipment bunker. (pg 108)

However, Orlando Informer found another interesting nugget of information, which hasn’t been mentioned. Listed under the “Pool Underdrain Systems” section of the report is a “rapids ride.”

We recommend that the pool shells of the project including the shells of the lazy river and the rapids ride be provided with an underdrain system. (pg 119)

What might a rapids ride entail? We’ll have to wait and see. In its traditional form, a rapid ride would imply something in the realm of Popeye & Bluto’s Bilge-Rat Barges at Islands of Adventure. With that being said, Universal may have something entirely different up its sleeve. 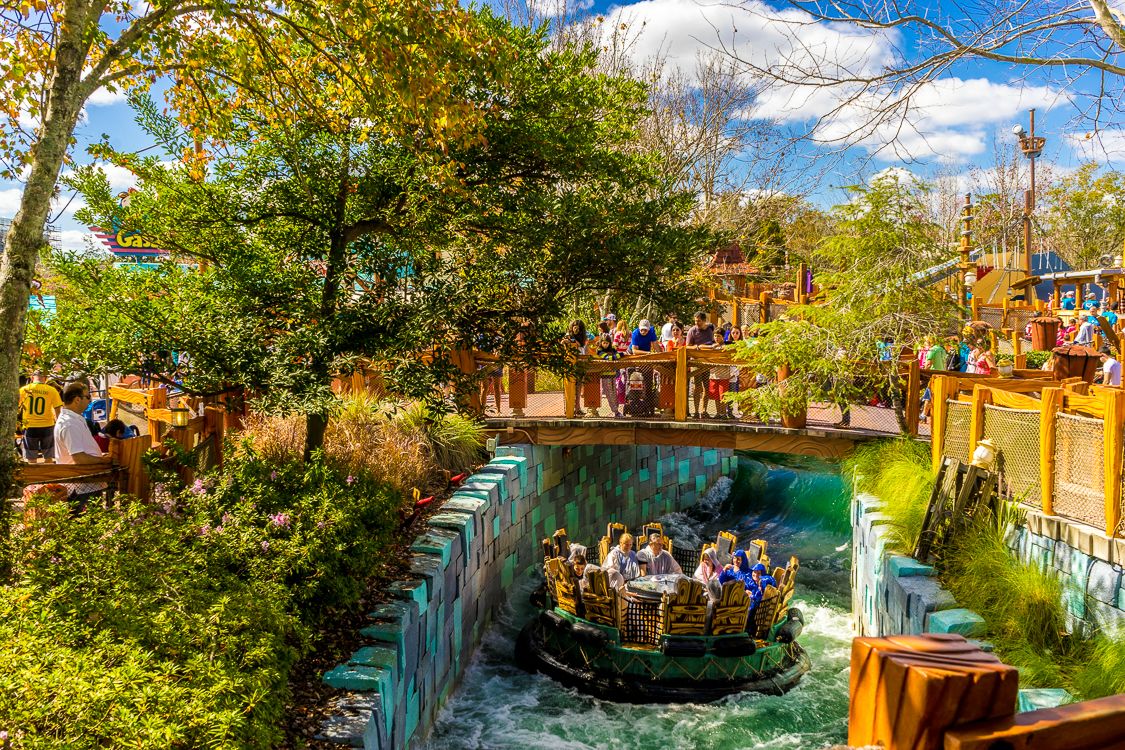 One thing is certain: Universal is going full speed ahead towards a third park, complete with rides, rapids, volcanos, and more.

If you’d like to see the layout plan, you may download the Stormwater Report and advance to page 135.

We’ll continue to update this article with any further information found in the new documents. In the meantime, you can read about some of the rumored features of the forthcoming water park in our previous article.

6 Things You Need to Know about The Orlando Eye