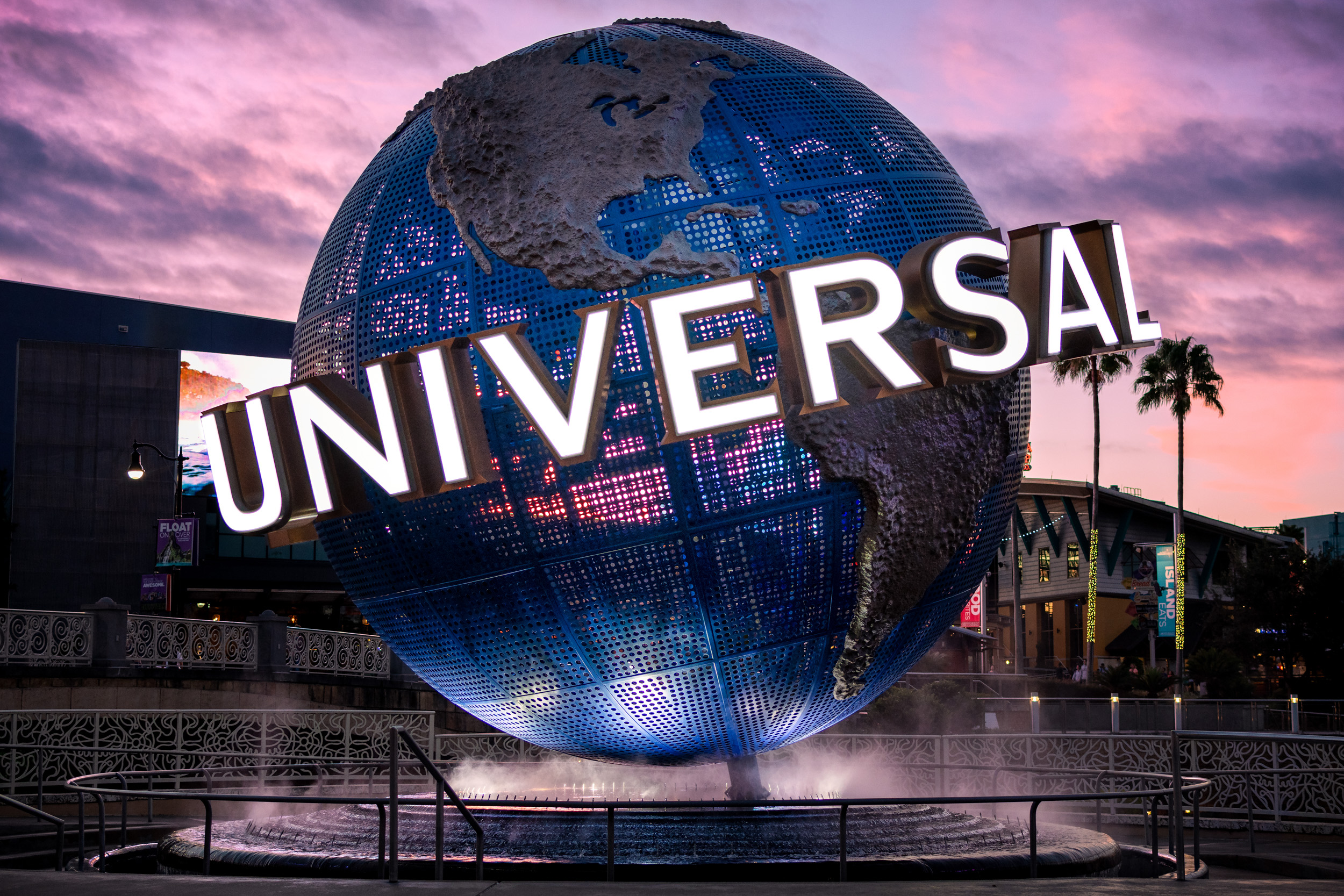 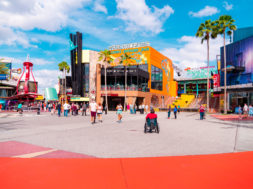 Universal CityWalk: How the reopening works

UPDATE (12:29 pm, 05.27): in addition to its proposed reopening dates for its theme parks, Disney has announced that it’s temporarily pausing new ticket sales and hotel reservations (so it can focus on pre-existing ones). Furthermore, both Fort Wilderness Resort & Campground and Disney Vacation Club resorts will bow on June 22. You can find out more below.

After closing the theme and water parks of its Universal Orlando Resort back on the night of Sunday, March 15, Universal will now reopen them all on Monday, June 1. There’s something of a catch, however: that first day will only be an internal opening for team members, allowing the company to gauge the effectiveness of its new safety measures. Attendance will then be expanded to a limited number of annual passholders on June 3 and 4, with the general public finally being admitted on Friday the 5th.

Those plans have gone through a long process: they were first delivered by Universal to the Orange County Economic Recovery Task Force on the morning of Thursday, May 21, which approved and passed them on to Orange County Mayor Jerry Demings; he, in turn, gave them his stamp of approval the following morning and sent them along to Florida Governor Ron DeSantis’s desk. This results in Universal Orlando being the first major theme park in the United States to open back up after the onset of the COVID-19 pandemic (although we should point out that LEGOLAND Florida, during this same time period, obtained permission from both Winter Haven’s mayor and the Polk County Commission to fully reopen on Monday, June 1).

(Wait just a second – what is the Orange County Economic Recovery Task Force? It was created by the county on April 17, as Florida was roughly halfway through its almost-month-long lockdown, to “establish a phased approach to reopening businesses that balances the need to ensure the protection of employees and the public while preserving the economic livelihood of the community.”)

This development caps a long, convoluted process that began quite unexpectedly back in the middle of March, when the country was first realizing the lethality of the novel coronavirus and its unimpeded spread around the world. Universal quickly shut down its parks on March 15, followed by CityWalk on March 17 and its hotels on the 20th (thereby allowing guests to make new accommodations, if necessary). Originally expected to just be a two-week closure, it didn’t take long for it to extend on for months – the parks and resorts were ultimately given a new provisional reopening date of Monday, June 1, with CityWalk actually going ahead and bowing on Thursday, May 14.

The premiere of Universal Orlando’s dinning/shopping/entertainment complex started small, with just a limited sliver of restaurants, stores, and entertainment offerings present – though Universal was so happy with that first day’s results, it quickly added on more venues for the next day. From there, it’s almost been like a sprint to the races: on Wednesday, May 20, at the same time Disney was opening Disney Springs’s doors, Universal had Orlando Mayor Buddy Dyer over at its parks to discuss new potential safety measures for their reopening. That, of course, was followed the next day by both LEGOLAND Florida and Universal Orlando’s new proposals to the local and state governments.

A week later, on the morning of May 27, during the Economic Recovery Task Force’s next meeting, SeaWorld and Disney submitted their own reopening plans. On June 10, SeaWorld would like to open SeaWorld Orlando (and, it would seem, Discovery Cove and its Aquatica water park) for employees only, followed by June 11 for the general public; Disney staked out the dates of July 11 for Magic Kingdom and Animal Kingdom and July 15 for Epcot and Hollywood Studios. Having been approved by the task force, they followed the same path as Universal’s petition, first making their way to Mayor Demings and, now, heading over to Governor DeSantis.

How will the parks be different when they reopen?

Unsurprisingly, it seems as if all Central Florida theme-park operators – LEGOLAND, Universal, SeaWorld, and Disney – are drawing heavily from the CityWalk and Disney Springs reopenings here in Orlando, as well as Shanghai Disney Resort’s recent return to operations, to boot.

Let’s take this one step at a time and focus specifically on Universal Orlando, which is emblematic of across-the-board changes:

Please note that a reservation to enter the parks won’t be required, but their capacity will be limited, and they may reach capacity.

Parking at and entering the resort: valet parking will continue to be suspended, and cars will continue to be spaced out in the garages. The temperature check at CityWalk will also proceed (if you have a fever of 100.4 degrees or higher, you won’t be allowed to enter), as will the practice of providing one free disposable face covering if you forget yours at home (oh, yeah – those masks are still mandatory, as well). You’ll also notice that all those social-distancing markers and signs from the dining and shopping district will now be present across all three of the parks.

Entering the theme parks: grabbing one of those trusty park guides will be slightly different, as Universal will no longer have them sitting out on shelves, where multiple people can touch them – instead, employees will hand them out individually to those guests who’d really like to have one. (Instead of obtaining a physical map, the company will try very hard to steer you towards using its official app, which has a digital map built into it.)

Experiencing the attractions: the most popular rides will utilize Virtual Line, just like Race Through New York Starring Jimmy Fallon and Fast & Furious – Supercharged already do (essentially, you use the Universal Orlando app or kiosks stationed outside of the attractions to nab a return time). All single-rider lines will be discontinued, since travel parties will board the ride vehicles together, as a group, with spaces being left on the seats and rows around them. And every guest must use hand sanitizer prior to climbing aboard.

Furthermore, there are a couple more odds and ends to make note of: 3D glasses will now be individually handed out (just like those park maps); the misters on the various attractions – yes, that Universal staple – will either be reduced or removed entirely; locker areas will have visitors pulsed into them, with the extra precaution of every other locker bank going unused; actors will no longer stick around after shows for meet-‘n-greets and will now, instead, pose for photos on the stage afterwards; all child play areas, such as Fievel’s Playland and Camp Jurassic, along with all parades will be temporarily suspended; and, finally, if the ride involves “significant” amounts of water, you won’t be required to wear your face mask.

Eating in the parks: menus will come in single-use form, allowing patrons to toss them once they’re done eating, and silverware will come prepackaged. And as at CityWalk, Universal will strongly recommend using mobile order and cashless payment options, such as Apple Pay.

Volcano Bay: according to Universal, the Centers for Disease Control and Prevention “has stated that well-maintained pools using chlorine and bromine are known to inactivate the virus.” Still, life vests will be regularly cleaned, the quantity of inner tubes in the lazy or action rivers will be lessened, the number of riders on each raft will be reduced, and lounge chairs will be arranged in clusters that are spaced six feet apart for individual groups’ usage. (Also, face coverings aren’t allowed on the slides or in the pools.)

How are the other theme parks different? Despite being overwhelmingly similar to Universal, the other Orlando operators have a couple of different practices on the books. At LEGOLAND, for instance, cash has been discontinued as a valid payment type.

Disney, meanwhile, has said it’s going to install plexiglass barriers at a lot of its cash registers, will enforce social distancing on its monorails and buses, discontinue makeovers and fireworks shows, push mobile ordering at even more food locations, and, most notably, institute a reservation system that will “require all guests to obtain a reservation for park entry in advance.” In order to better manage this last point, the company has halted all new theme-park ticket sales for the time being, and it will allow all individuals who already have admission, along with annual passholders, to make these reservations in phases. (Also, please be aware that the temperature-screening areas will be positioned right at the front gates of Disney World’s theme parks.)

What about the theme-park resorts’ hotels?

It’s still too early to say what will be different about Universal Orlando’s hotels once they reopen, but what we can say is that guests are now able to book a stay at every resort save for Portofino Bay Hotel and Endless Summer Resort – Dockside Inn and Suites for Tuesday, June 2 and onward. (Also, please be aware that Dockside’s grand opening date has been indefinitely pushed back from March 17, 2020 to sometime in the summer.)

Over at Walt Disney World, Fort Wilderness Resort & Campground and the various Disney Vacation Club locations will bow on Monday, June 22 – although new reservations are currently temporarily suspended for the former, so as to allow Disney to focus on guests with pre-existing bookings. (Please note, however, that DVC members are still eligible to arrange accommodations.) As for what new practices will be mandated at the hotels, the company has, so far, only made mention of social distancing and “a number of other safety and cleanliness protocols.”

Can I travel to Florida right now?

A lot of individuals have expressed interest in hopping on a plane or in their car and traveling back to Orlando to visit the theme parks, but there is some confusion about whether they may be allowed to, given Governor Ron DeSantis’s travel restrictions. The good news is that the order to quarantine for 14 days once setting foot in Florida is only applicable to a small number of states: namely, New York, New Jersey, Connecticut, and Louisiana (which have all been coronavirus hotspots over the past three months). Everyone else is able to cross state lines without any holdups at all.

Sure! We’d be happy to help.

Here are the articles that we’ve been consistently maintaining during the ongoing coronavirus outbreak:

The theme-park resorts start to open back up

How to visit CityWalk during COVID-19

How to visit Disney Springs during COVID-19

How the Shanghai Disney reopening could influence its Stateside counterparts

Have questions about the phased reopening at Universal Orlando Resort’s parks? Ask 100,000+ other Universal die-hards in our Orlando Informer Community on Facebook.

Universal CityWalk: How the reopening works