Yesterday, in the active construction site of SeaWorld’s forthcoming thrillmaker, the theme park revealed the front car of Mako, in preparation of their Summer of Thrills. Mako, soon to be Orlando’s longest, fastest, tallest roller coaster is also the first hypercoaster in the Central Florida area.

Once we arrived at the site of the event we were immediately handed construction helmets and placed around a wooden box.  Finally, the moment we were all gathered for. After a brief introduction, the crate was lifted, and the car was revealed. 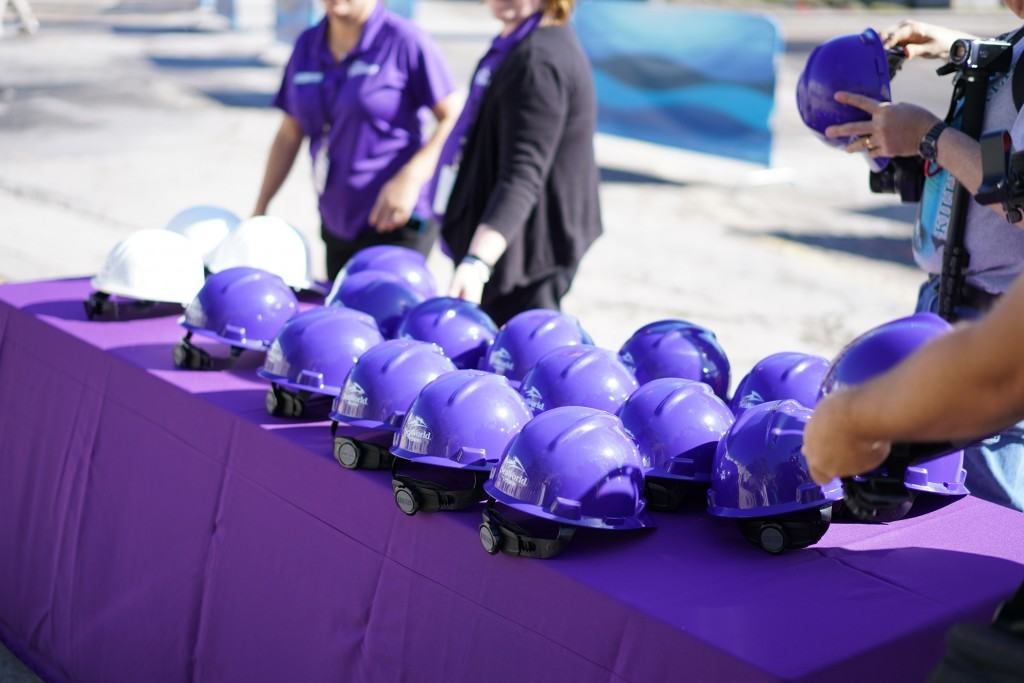 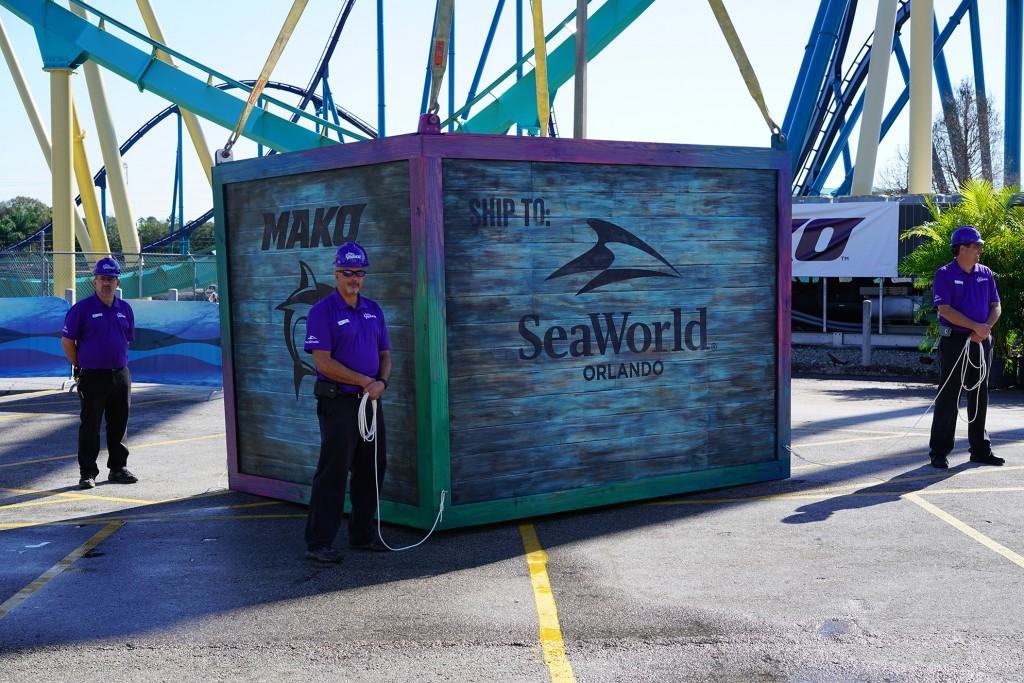 After SeaWorld did such a great job with Manta’s cars I didn’t know how they could do any better, but I think they absolutely knocked this car out of the park. The nose of the vehicle looks aerodynamically sleek and it oozes attitude and charisma. The two-toned purple and blue color scheme really pops, and the details of the shark’s eyes and gills instantly sets a great expectation for the wild ride to follow. 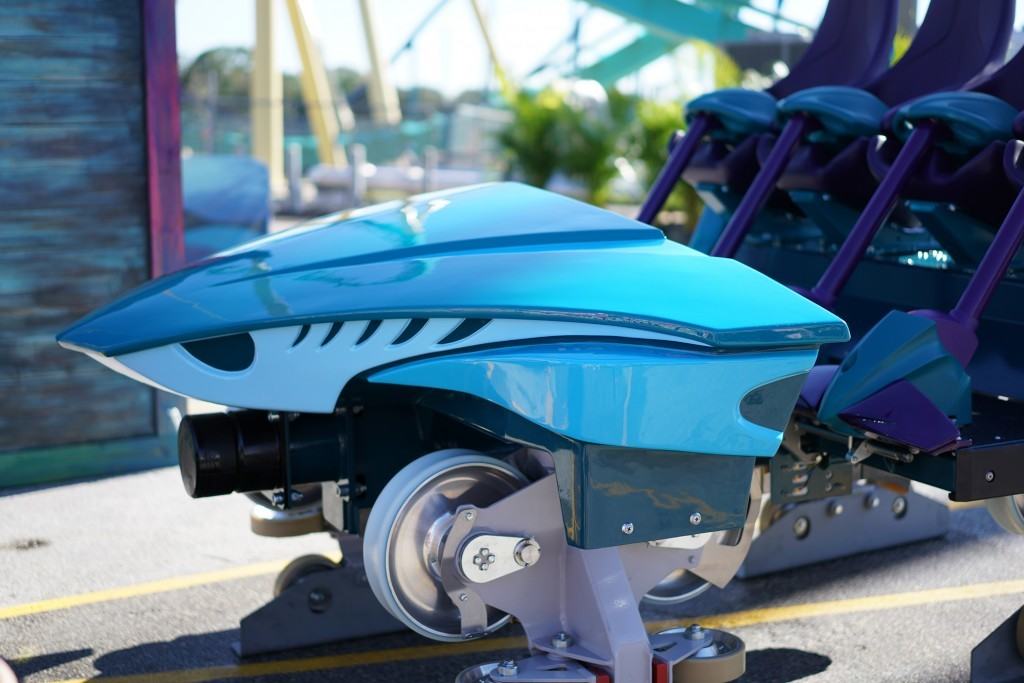 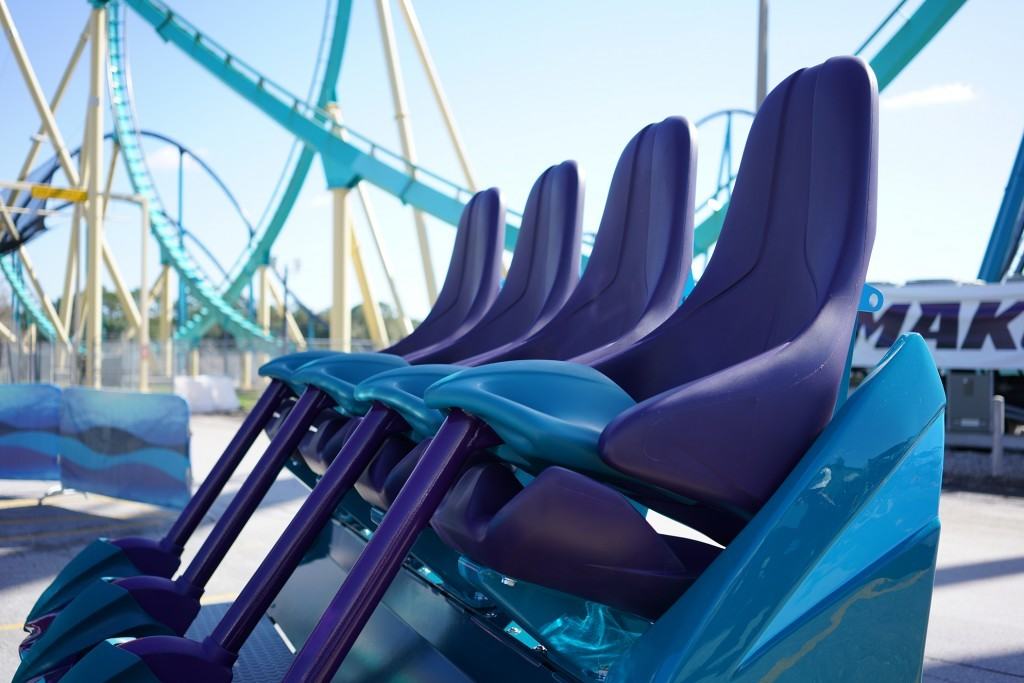 Mike Denninger, Vice President of Theme Park Development for SeaWorld Parks, is especially excited about the “relentless air-time” Mako will dish out to guests. The SeaWorld team believes this coaster will overdeliver on height and speed as well, especially here in Orlando where Mako will truly shine. 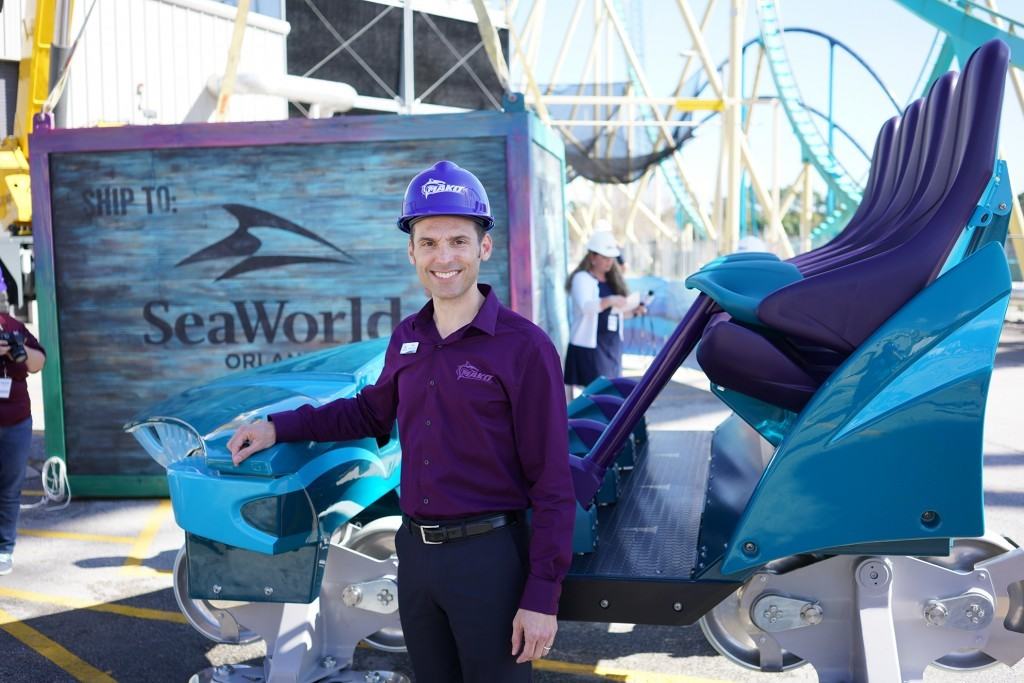 The SeaWorld team is also incredibly excited to integrate the Shark Encounter experience with Mako as well. By aweing guests with the power and speed of Mako, the park hopes that their guests will also learn more about the real-life sharks that will surround the rest of the Mako Reef area.

Mako will start providing SeaWorld Orlando’s guests great non-stop thrills later this year, and I personally can’t wait to experience this chomper of a ride.

Are you excited for Mako? Let us know in the comments below.

Harry Potter: 3 ways to fit the new stories in the parks

Max Ackerman is a graduate from the University of Central Florida. He was told to keep his bio short and professional. Follow him on Instagram.