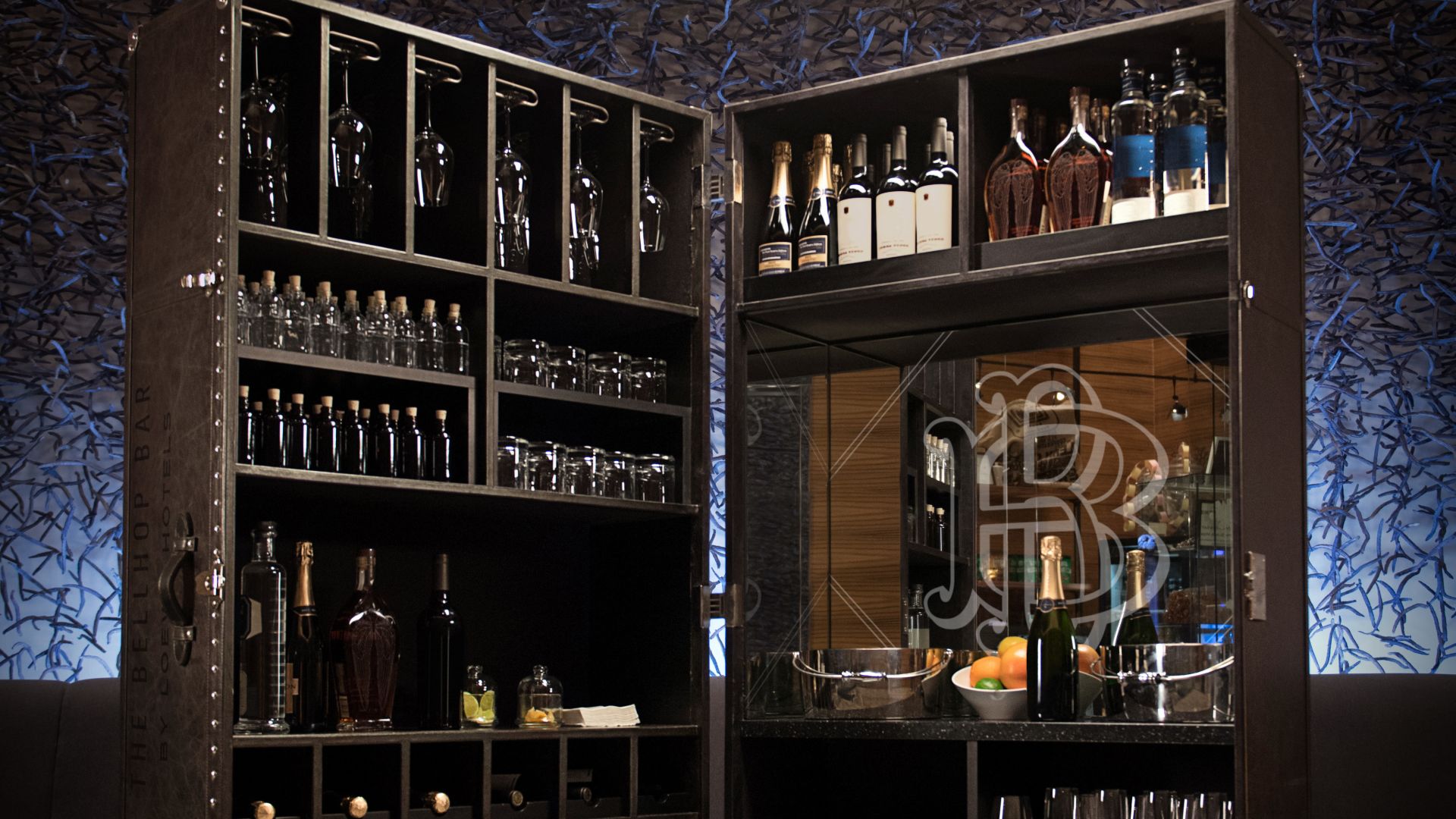 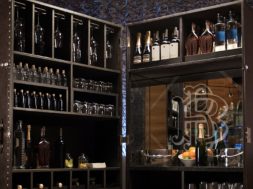 Loews Hotels, the company that manages all of Universal Orlando Resort’s various on-site hotels, started to experiment just a few years ago with two items that are gaining more and more traction among the public, particularly the younger demographic: handcrafted cocktails and limited-time, exclusive experiences (something which Universal itself has mastered, thanks to the likes of Hot Butterbeer and Dufftoberfest beer leading the charge). The first result of this experimentation originally landed back in June 2016 in the form of The Traveling Bar, a tiny, open-air, speakeasy-inspired venue that was constructed from an old elevator car and which hopped across the entire country, hitting up various Loews locations starting on the West Coast and then proceeding slowly, over the course of the next year-and-a-half, to the East (it even spent a short amount of time at Hard Rock Hotel this past February).

Now, the company is ready to unleash its second, perhaps-grander take on this new initiative: The Bellhop Bar, which will be hitting not just one, but three of its Universal Orlando properties – Portofino Bay Hotel, Royal Pacific Resort, and Sapphire Falls Resort.

The premise is the same, but it’s been tweaked to fit a slightly different theme; a retrofitted steamer trunk is now the centerpiece of the limited-edition pop-up bar, and the “antique apothecary-style” bottles that travel inside it will be the vessels for a range of locally-crafted cocktails and domestically-produced wine. (There will even be an “opening bell ritual” every evening upon The Bellhop’s opening, adding in a [very small] dash of theatricality to its theming.) Also gone is the idea of just one venue being dismantled, shipped, and then reconstructed at a new hotel – this go-round, Loews has replicated the mini-set at multiple locations nationwide, allowing coordinated marketing to take the place of viral word-of-mouth.

But don’t think that the drink menu will be identical at each and every Bellhop – at Universal Orlando alone, each of the three participating resorts will offer up at least one unique, nostalgia-fueled libation at the bar-within-a-bar:

Angel’s Envy Bourbon and Hangar One Vodka are providing the pre-batched cocktails at The Bellhop Bar (in case you couldn’t already tell), while a sparkling and red wine will hail from two other vendors: Conundrum and Buena Vista Winery, the oldest winery in the country. These will be used to furnish all the other potations, as well, which Loews promises will be local interpretations of martinis and old-fashioneds from the golden age of travel.

Note: Loews was kind enough to invite us to a media event for the Bellhop, where our resident drink expert, Casie Shimansky, was able to sample a few of the new bar’s liquid wares. Following are her quick first-impressions.

If you’re a fan of old-fashioneds, refreshing lemon libations, and a speak-easy vibe, and you’re looking to try a little something different this holiday season, the Loews Bellhop Bar is for you! From the opening bell ritual to your last sip, this unique and limited experience is sure to be a highlight of your trip.

The Bellhop Bar, as already mentioned, is essentially a bar within a bar, each popping up in its larger Loews hotel bar. The pop-up itself has a steam-punk/speakeasy feel, but if you look beyond that, you’re bound to get a little overflow effect from the main bar’s vibes. That being said, Loews does an awesome job of having you feel like you’re in a “hidden” room only seen by those who know the vintage steamer trunk’s secrets. The apothecary bottles and elegant glassware are sure to transport you to an entirely different time and place, and, really, that’s all you can ask for while on vacation!

This is why I’m excited to head back over to Royal Pacific: to try Smoked Jake’s Envy. This is Royal Pacific’s take on the old-fashioned, and from what I learned, it’ll be a real treat for the eyes (and taste buds!), featuring Angel’s Envy Bourbon, angostura bitters, liquid smoke, and orange and cherry flavors. The liquid smoke leaves this concoction with a, well, smoked flavor, and since simple syrups aren’t used, it’s a less-sweet variation of the old-fashioned.

The Bellhop Bar, as already mentioned, is essentially a bar within a bar, each popping up in its larger Loews hotel bar. The pop-up itself has a steam-punk/speakeasy feel, but if you look beyond that, you’re bound to get a little overflow effect from the main bar’s vibes. That being said, Loews does an awesome job of having you feel like you’re in a “hidden” room only seen by those who know the vintage steamer trunk’s secrets. The apothecary bottles and elegant glassware are sure to transport you to an entirely different time and place, and, really, that’s all you can ask for while on vacation!

The Bellhop Bar is located inside Portofino Bay Hotel’s Bar American, Royal Pacific Resort’s Orchid Court Lounge, and Sapphire Falls Resort’s Strong Water Tavern, and will be open from 5:00 to 7:00 pm daily. The pop-up bar first, well, popped up in early November and will depart – for good – on Sunday, January 13.

Want to see a boat-load of pictures, videos, and reviews once Loews’s newest limited-edition culinary experience arrives? Be sure to join 50,000 other Universal fans in our Universal Community Facebook group. 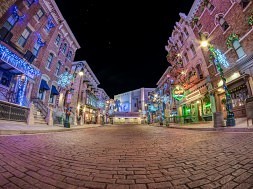 A photographic look into the Holidays at Universal Orlando 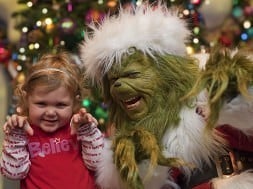