Let’s skewer theme parks and princesses, shall we?

Now, this is one for the history books.

Fake Theme Park has been delighting us for the past four years with tales of its sordid park history (it originally opened in 1955), the intriguing – and outright illegal – antics of its founder and CEO, Murph Gantly, and the many (mis)adventures of its handful of attractions, ranging from Avalanche Adventure to the ParkTasmic Light Parade to Halloween Scream Nights. 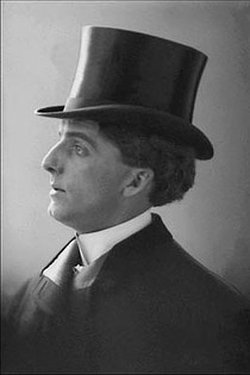 But the biggest draw of the sprawling theme park, of course, is its many princesses, which headline their parades, star in their movies, and star in their own meet-‘n-greets.

I’ve been lucky enough to land an interview with arguably the most important of these royal personages, Princess Rainbow. Not familiar with her? Here’s a short rundown of her very impressive biography, courtesy of Fake Theme Park’s Facebook page:

Princess Rainbow is the most magical and dazzling princess of them all. Princess Rainbow represents happiness, wonder, imagination, love, courage, and the visible frequencies of the electromagnetic spectrum. With three hit movies, two so-so movies, a double-platinum record, an animated series on the Golf Channel, and her own majestic Rainbow Castle, Princess Rainbow is one of the most beloved characters in the world. But don’t call her a “diva”! Or she will end you. 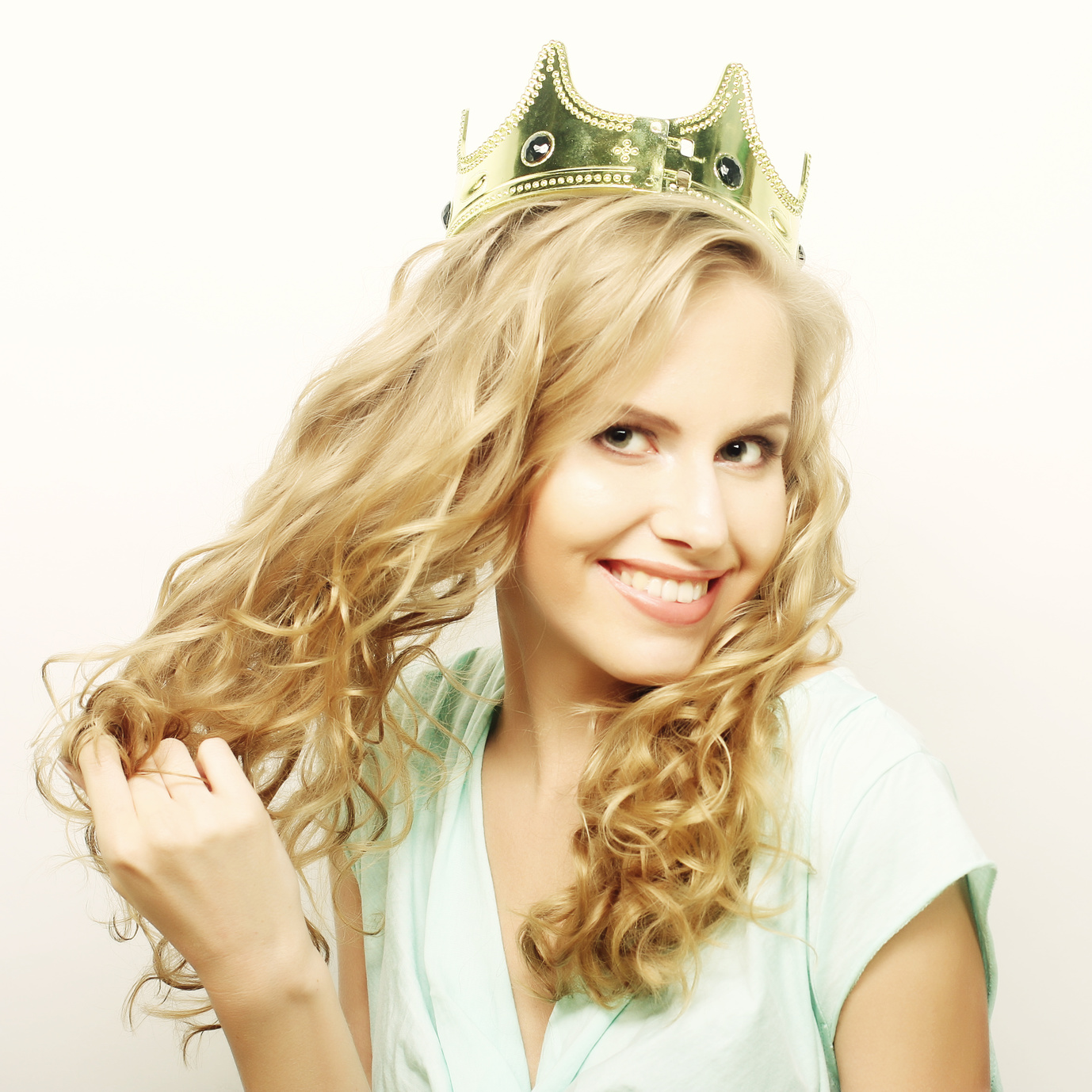 She debuted in the 1946 animated film of the same name. A series of successful sequels followed, including:

Enough with the flattery – let’s start hitting her with the hard questions.

When did you start working at the park?

Why, Princess Rainbow was at the park on opening day, July 17, 1955! She has always been here, eternal, unchanging! More specifically: ever since the Cheesecake Factory closed.

Could you describe what your typical day is like?

9:00 Wake up
9:30 Breakfast – Skittles and Nutella
10:00 Uber to the park
10:00-11:20 Costume, hair, and makeup. Sometimes someone on the team isn’t giving 100%, so we have to start all over again
11:20-11:30 Verbal sparring with Princess Snowflake
11:45-12:15 Meet-and-greet at Rainbow Castle. I ask guests to keep the line moving by giving only their name, age, and hometown
12:20-1:50 90-minute union lunch
2:00 Walk onstage and say three lines during the finale of the Princesses Live! stage show
2:05-2:55 Break – Instagram, Words with Friends, texting
3:00 Ride the center float in Princess Rainbow’s Rainbow Princess Parade Starring Princess Rainbow
4:00-5:00 **CLASSIFIED**
5:00-6:00 Walk through the park, appearing unannounced at other characters’ meet-and-greets, upstaging them, ruining their day, making them question their life choices
6:00-7:00 Dinner with either park CEO Murph Gantly or one of my super PAC bundlers
7:30 Home
8:00 Read fan mail, forward 70% to FBI
8:30 Literally phone in the line “Believe in your dreams!” during the Princess Magic Fireworks Show while on my couch binge-watching Arrested Development
10:00 Advanced internet search for any mention of “Princess Rainbow auditions”
11:00 Bed, either alone or with friends

What’s the best interaction you’ve had with a guest? 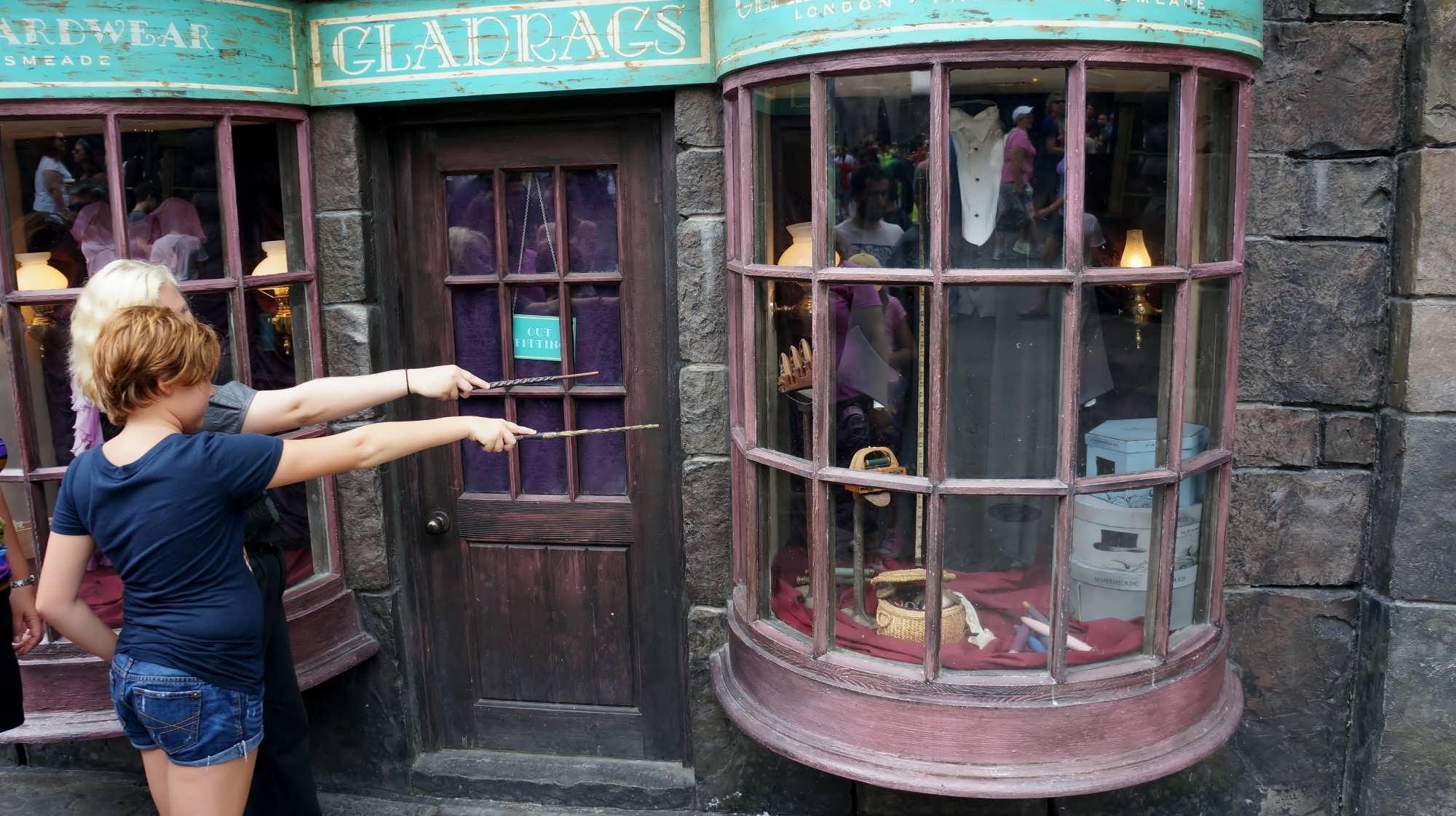 So I gathered myself up and loudly recited the Rainbow Rune Rhyme, performing all the gestures precisely. I didn’t know what was going to happen, but I gave it everything I had. And just as I finished, the clouds parted above me and a rainbow appeared! All the other children gasped and cheered, and the parents applauded. It was an absolute miracle – a movie moment in real life that you never could have planned. I pointed to the rainbow and told the little girl, “I created that! Now do you believe me?” And she said, “I wanted you to shoot an ultraviolet beam and set someone on fire.”

So I just kind of shoved her back to her parents and moved along.

Continue to page two to see Princess Rainbow’s worst guest encounters, her thoughts on the Disney princesses, and what the future has in store for her.[page]What’s the worst guest interaction?

This one guy was an annual pass holder. He was kind of weird but always very sweet to me. He came every week to see me and get a hug. One day, he actually proposed to me! And I said yes, and we had the ceremony, but then we had to move to Biloxi when his mom got sick, and then I found out he was deep in credit card debt, and I eventually had to file for divorce. That was a weird ten months.

How has the theme park audience changed since opening day? And how do these changes affect you? 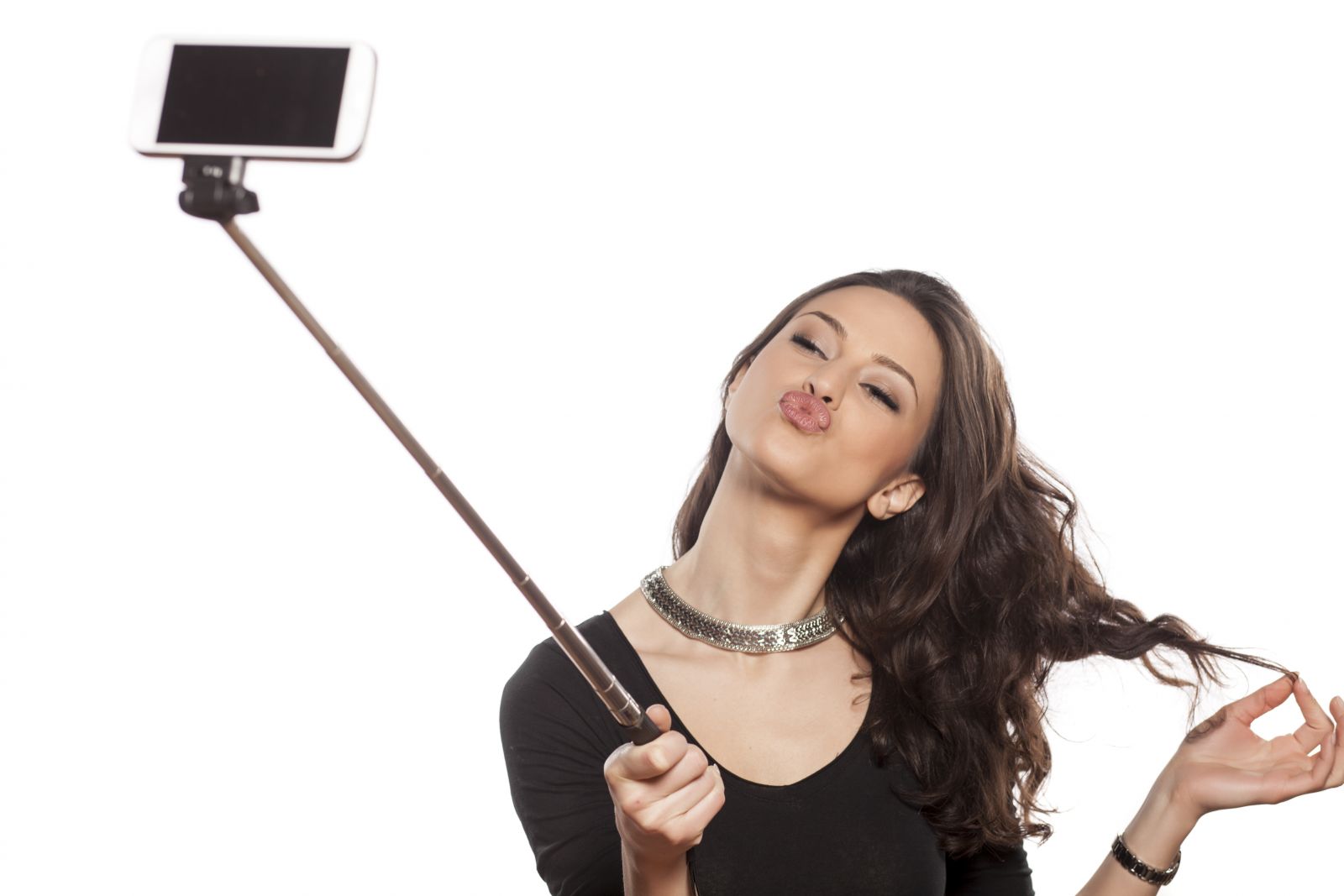 Where do you see your career path taking you in the future?

That’s difficult, because there is no more famous or beloved character in the park than Princess Rainbow. I guess my dream would be to conjure some sort of malevolent spirit that would unflinchingly do my every bidding and eliminate the other park princesses so that I would reign supreme and unchallenged.

What was the big attraction opening or parade debut that was the highlight of the summer?

The re-opening of MegaMania. And then the re-closing.

Let’s get real for a second: how do you view your competition over at Disney and Universal? 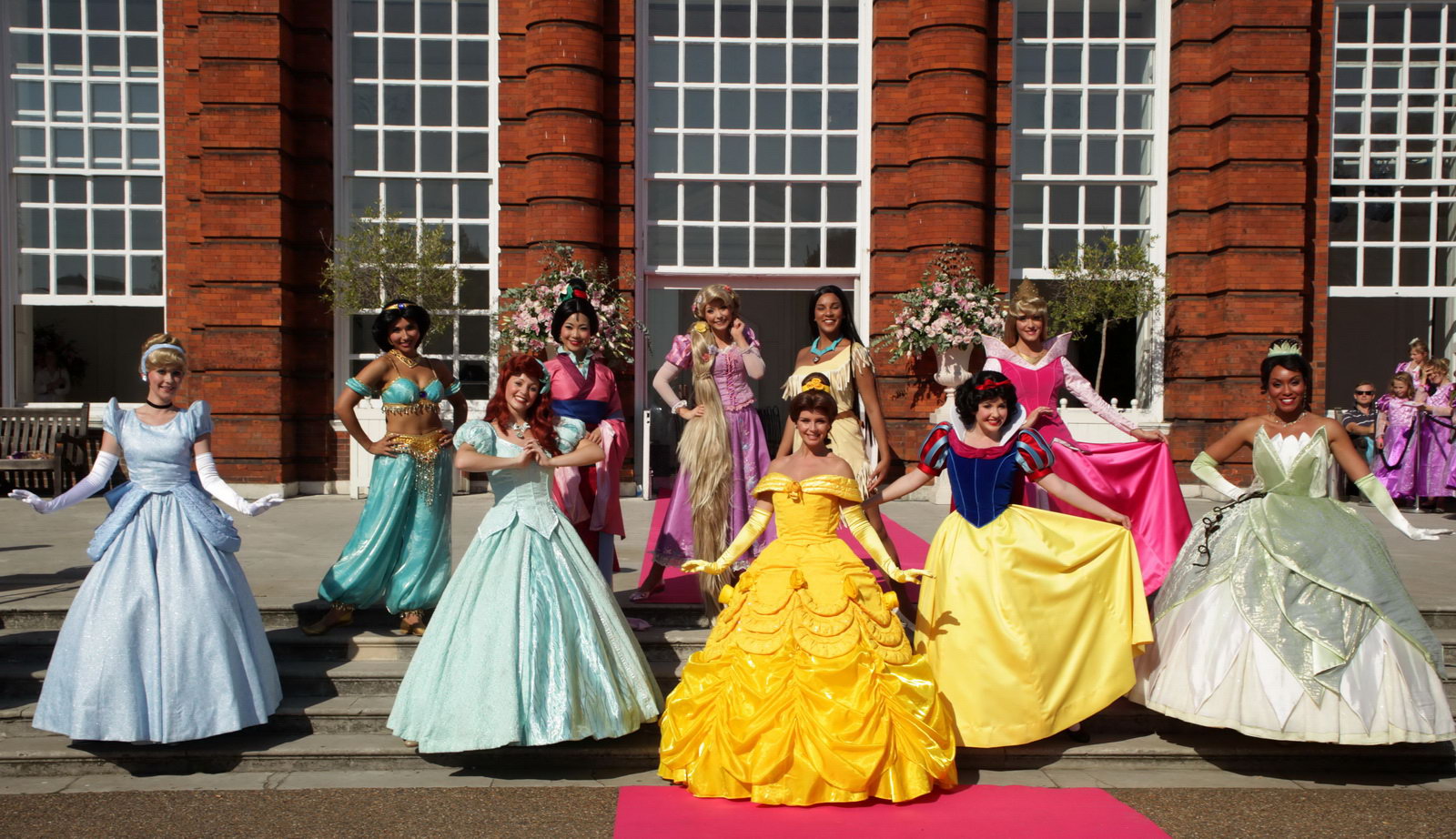 What’s this we heard about a government investigation a little while back…?

I was on a secret mission to Lyrra to free a Faerie resistance fighter captured by Trolls. It was an off-the-books black op, privately funded by King Modryn’s private blacksmithing guild. I was in deep cover, sleeping with a Vorillion pirate for information – but he betrayed me to the Unseelie Court. With the House of Rask and the Black Barony both denying knowledge of my mission, the only option was to temporarily side with the Sky Wolf mercenary company and fight my way out. Yes, there were casualties. Yes, I killed Ur-goblins with my bare hands. But I did it for my father and my subjects and the brother I lost to the Traxians 10 years ago.

The investigation is just for show. I won’t be punished. And I’d do it again. 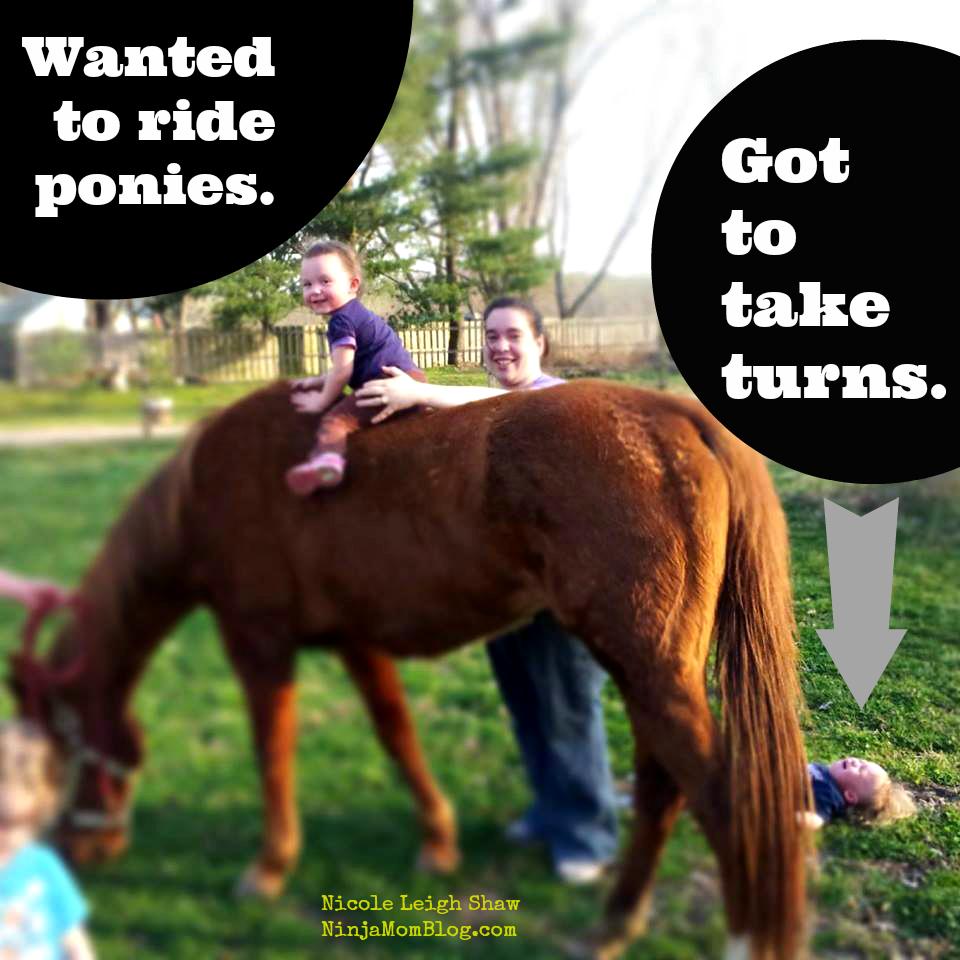 Remember that each of you has the power to become whoever you want to be. And also remember that Princess Rainbow and the Spectrum Spectre is being re-released on DVD and Blu-ray on October 6 at your local toy store or bookstore, and you can pre-order your copy by visiting www.princessrainbowdvd.com/anniversaryrerelease and entering your country code.

Oh, and Princess Snowflake loves it when you try to steal her crown.

In the meantime, be sure to hit up the OI Universal Center for all the latest on the biggest real theme park attractions and events, including Halloween Horror Nights and Spellcasting in the Wizarding World of Harry Potter.

Marc N. Kleinhenz’s first dream in life was to be an astronaut. His second was an Imagineer. While neither completely worked out, he's now the editor of Orlando Informer, along with being its podcast co-host. He’s also written for 33 other sites (including Screen Rant, IGN, The Escapist, and California Informer [OI's sister site]), has had his fiction featured in several publications, and has even taught English in Japan. Imagineering school won’t be too far behind.