There’s still time to HULK SMASH before the extended refurb.

Universal Orlando confirmed on their blog that The Incredible Hulk Coaster will indeed be undergoing a complete facelift beginning Tuesday, September 8. We first reported on the possibility of the major overhaul a little over a month ago.

The announcement of the ride’s impending downtime was scarce on details, but our sources tell us a vast majority of the rumors we initially shared will come to fruition. Some of the changes likely coming to Hulk include a brand new queue and station with an updated look and technology, an updated tunnel launch, completely new ride vehicles, and a replacement of the track for a smoother ride experience. 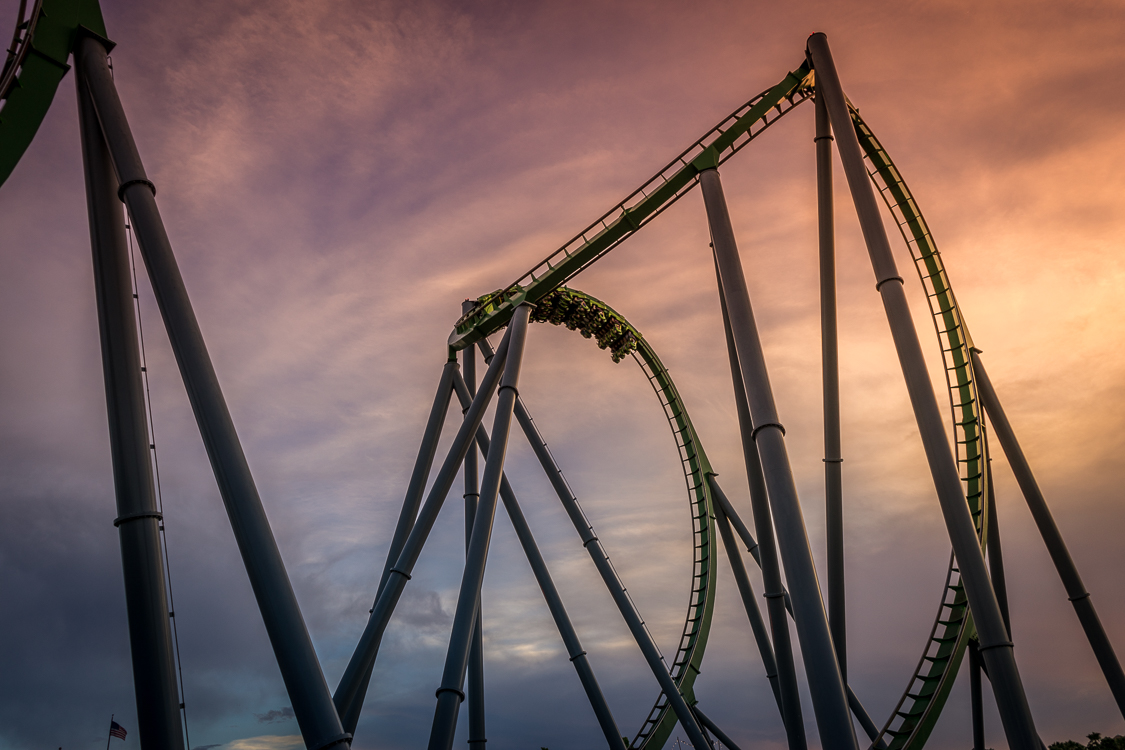 The sun sets on this incarnation of The Incredible Hulk Coaster.

Incredible Hulk Coaster will reopen better than ever in summer of 2016. The overhaul will compliment Islands of Adventure’s other new offering for summer 2016, Skull Island: Reign of Kong.

Excited for this overhaul? What would you like to see come out of it? Join the discussion in the Orlando Informer Forums here.