Time to get holly and jolly! See what spirits are made bright at Green & Red Coconut Club. Read more to find out about this festive lounge available on select nights during the holiday season. 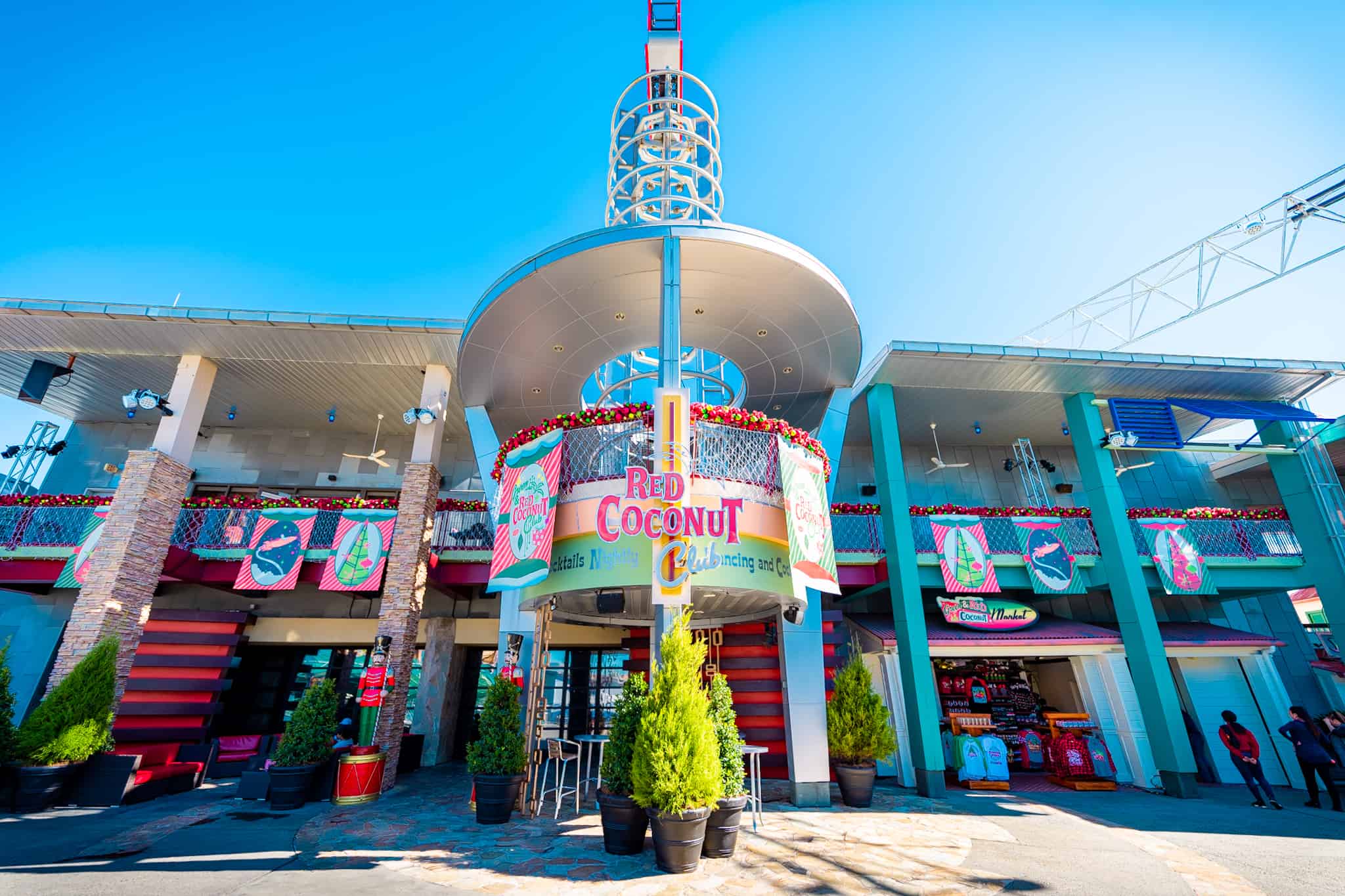 Similar to hints left by Universal Orlando Resort’s creative team for Dead Coconut Club prior to its opening, we found at least one clue that insinuated what was coming this holiday season for Red Coconut Club. A Santa Claus Mug, Elf on the Shelf, and Green & Red Coconut Club menu were presented in the window display for a music shop facade in the New York area of Universal Studios Florida. As we watched the Resort transform into a magical winter wonderland over the last few weeks, this hint of an additional seasonal offering grew our anticipation.

On Green & Red Coconut Club’s opening day, November 18, we decided to join in the festivities for ourselves. During last year’s yuletide, Red Coconut Club was dressed with Christmas trees for an exclusive Universal Orlando Resort Annual Pass event and offered small bites and cocktails. As the doors have opened to all guests visiting Universal CityWalk this year, the theming was delightfully intensified with signs for various fictitious holiday businesses and an array of glowing, vintage Christmas decor lining the walls.

Our personal favorite portion of this seasonal offering was “The Attic” of the Green & Red Coconut Club. Journey upstairs to see a varied arrangement of holiday decor that could resemble your very own loft at home. Overall, this lounge has made us feel at home for the holidays.

This lounge will be open to rock around the Christmas tree on select nights until 1 AM.

What festive spirits and delights are on the menu at Red & Green Coconut Club?

Cinnamon Swizzle Paloma
Warm cinnamon together with even warmer tequila, balanced with tart grapefruit and lime juices, and topped with Fever Tree Grapefruit Soda and a grapefruit zest

Tropical Fizz
Grapefruit, cinnamon, mango and vanilla flavors are shaken with heavy cream and topped with sparkling mineral water, creating a foamy top which is dusted with ground cinnamon

While you are making your way into the parks to experience the holidays at Universal Orlando Resort, be sure to stop by Green & Red Coconut Club – a can’t-miss holly jolly lounge.

Kelsey hails from the land of chocolate, ketchup, and Mister Rogers – known to most as Pennsylvania. Her family’s annual visits to the sunshine state instilled a love of storytelling and theme parks at an early age. In 2015, she packed her bags for the Disney College Program but decided to make this move permanent and call Orlando home. When she is not roaming Orlando’s world-class Theme Parks with her husband, she can be found lost in a book, planning her next vacation, or petting dogs. 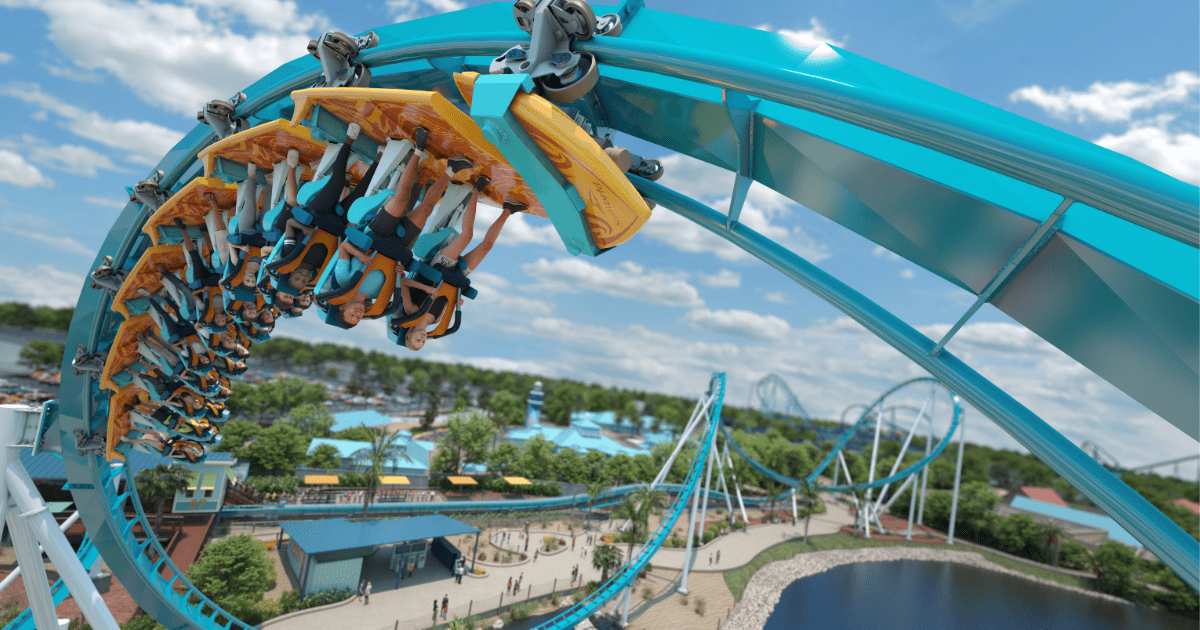