Just a few short days ago, we analyzed the full haunted house lineup of this year’s Halloween Horror Nights, but there’s still so much more to talk about – including some exclusive information.

It’s a lot to take in, but that’s okay – this is going to be, by far, the biggest HHN in the event’s 25-year history, and huge, heaping helpings of information are to be expected (yes, even this early in the game).

A sneak peek at HHN 25’s scare zones
Although Universal Art and Design has put a lot of effort into keeping a consistent level of eight haunted houses over the past few years, its corresponding record on scare zones has been markedly more hit or miss. After several years of six zones – the biggest number in the event’s history – 2012 saw an experimental effort to shake up the Horror Nights status quo: not only was there a park-wide scare zone (which had actually been done five years earlier), the scareactors were allowed to move freely around Universal Studios Florida instead of being confined to specially designated areas. Universal promised such a move would heighten tension – “Unlike in years past,” its marketing read, “there are no boundaries. No safe zones. No one escapes.” – but, instead, many guests complained that it led to a watered-down experience (with a ridiculous low actor-to-space ratio) that lacked one of the event’s signature hallmarks: theming. 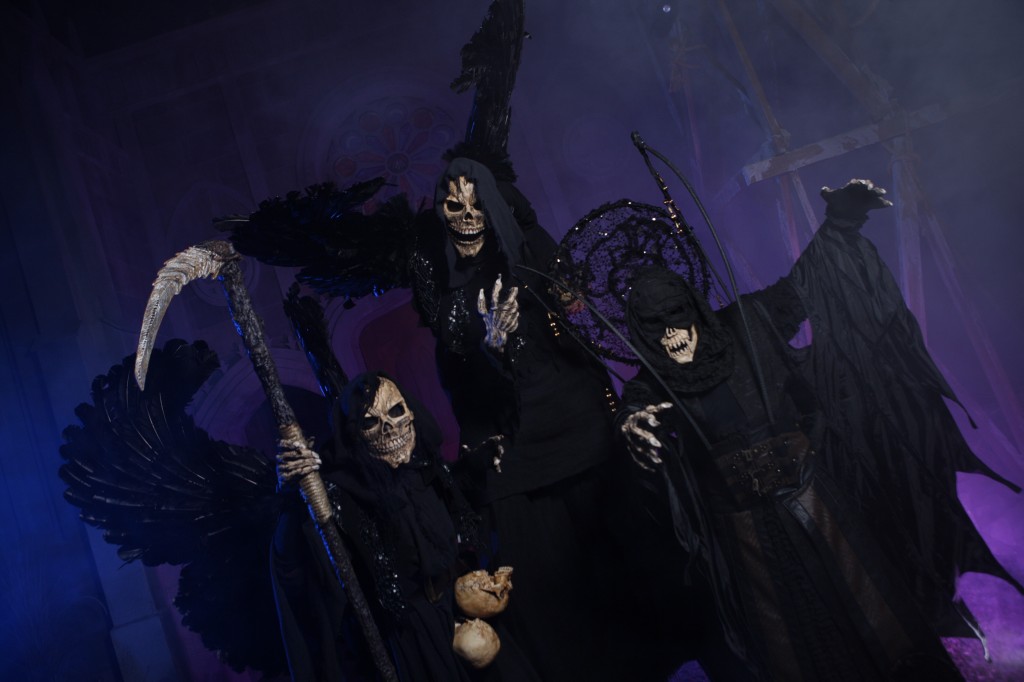 Perhaps because of this – or, perhaps, simply in an effort to pack the park with more people than ever before – Universal opted to devote all scare zones to just one theme the following year: The Walking Dead. While an intriguing premise, the move quickly proved to essentially be a one-trick pony, and in more ways than one; the theming pendulum might have swung all the way to the other extreme, offering five areas of highly authentic detail and various vignettes that played out between survivors and walkers, but the scare zones were more re-enactments of the show than actually scary. Die-hard veterans that tend to flock to nearly every night of the event soon found themselves skirting around the areas altogether.

(Be sure to check out our recent analysis of The Walking Dead’s return for more on its history at Horror Nights). 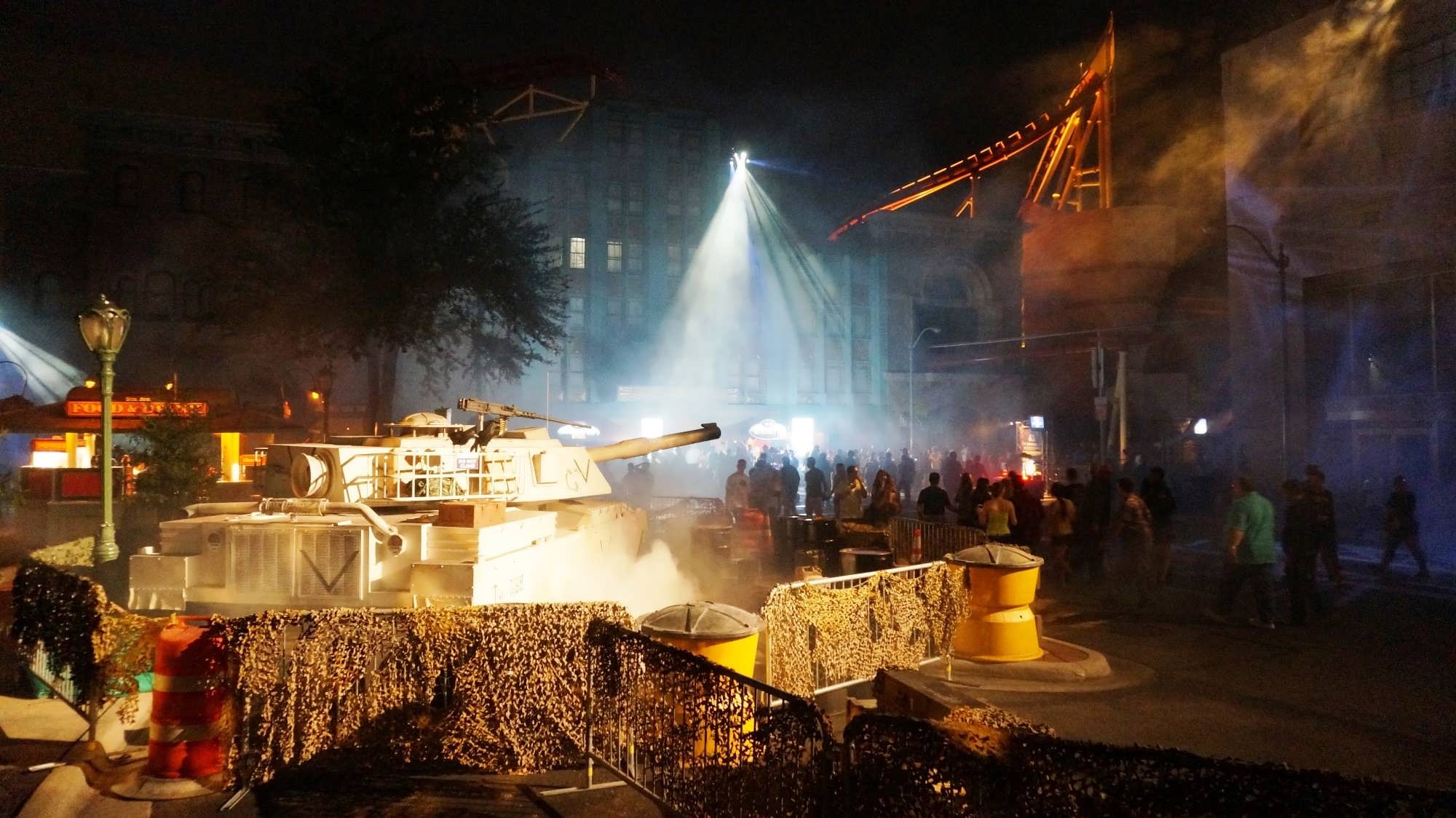 2014 saw a return to form in many regards, but the number of zones dropped to a long-time low of just four – and, what’s more, half of them were based off of intellectual properties instead of original concepts. Such a move simultaneously engendered praise and consternation (as is perhaps par the course for the event now), but it also paved the way for this year’s current efforts.

This go-round, Art and Design seems keen on very nearly perfecting its scare zones, particularly considering the milestone anniversary that 2015 represents – and the first step in this attempted restoration of glory is to expand the scare zones’ numbers back to its record-high of six (the first time in four years this has been done, it should be noted).

The first of these zones has already been revealed by the super-secret (and super-knowledgeable) forum user named Unknown over in the Orlando Informer community forums (he’s been keeping his main post updated as the community continues to successfully uncover his clues and solve his riddles, and it’s certainly worth taking a gander at). It’s not only a doozy, it’s also representative of what Universal is looking to accomplish with this year’s lineup. 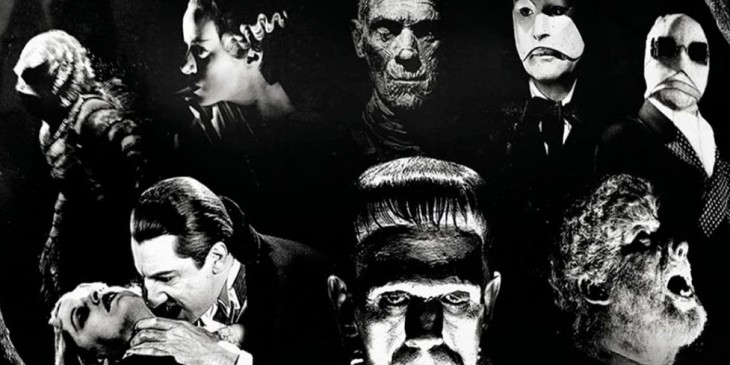 Mel’s Die-In (a temporary name, at best), which will be located around Mel’s Diner in the Hollywood section of the park, looks to answer a perennial demand from the fanbase to incorporate Universal’s huge stock of classic movie monsters into the annual event. Several of these legendary characters – which will presumably include Frankenstein, Dracula, and the Phantom of the Opera – will be roaming the area, dressed in such a fashion as to mimic their original black-and-white depictions from the 1920s and ‘30s. And, as an added bonus, clips from their various storied films will be projected on big screens throughout the area.

The kink in the plans
Talk of having an unprecedented nine houses is appropriately grand, given the nature of this celebratory year, but the actual likelihood of them all coming to fruition is, sadly, something of an open question, at best. Above and beyond the typical raft of last-minute changes from Marketing and deals that fall through thanks to disagreements with the various license holders, there’s one little item that is entirely out of all the usual parties’ control: the possibly imminent closure of Disaster.

Here’s the low-down: Disaster hasn’t been running within normal operational standards for the past several years, and, over the past few months specifically, the ride has been down for an extended time at an alarmingly consistent rate. Then there’s the attraction’s advanced age (it originally opened in 1990 with the park itself and got a re-skin in 2008) and entirely out-of-date theming and scope both (ever since 2010’s opening of the first Wizarding World of Harry Potter, Universal has been engaged in the slow process of either updating or entirely replacing all those rides that don’t live up to the very high standard of Harry’s wondrous world[s]).

So what’s a theme park operator to do? Why, tear it down, of course. And this is exactly what Universal seems to be at least contemplating, given the presence of construction flags (the obligatory precursor to construction work starting) all along the areas next to King’s Cross Station, on the one side, and, on the other, next to Disaster’s extended queue – which is precisely where the line for the temporary HHN house would be placed. Should work commence before the advent of Horror Nights later this year, Art and Design will be short one site, and since space in USF is already at a premium – particularly this year, with its bigger-than-ever plans – it’s up in the air if we’ll see a replacement spot being picked out.

If this does, indeed, turn out to be the case, which haunt would be the most likely to get cut? The biggest culprit would seem to be RUN, given its status of being an original house (which isn’t as likely to bring in the foot traffic that the licensed ones do) and one that, moreover, would be a repeat showing (twice over, in fact).

There is also a secondary question that, of course, must be asked: just what would be replacing Disaster? Although a wild stab in the dark on our parts, the most likely answer would be Fast and Furious, given the remarkable box office that the latest installment, which just opened three weeks ago, has raked in (it’s already at $1.1 billion, currently making it the seventh-highest-grossing movie of all time), and the fact that Universal Studios Hollywood is opening its own tie-in, entitled Fast and Furious: Supercharged, on June 25. 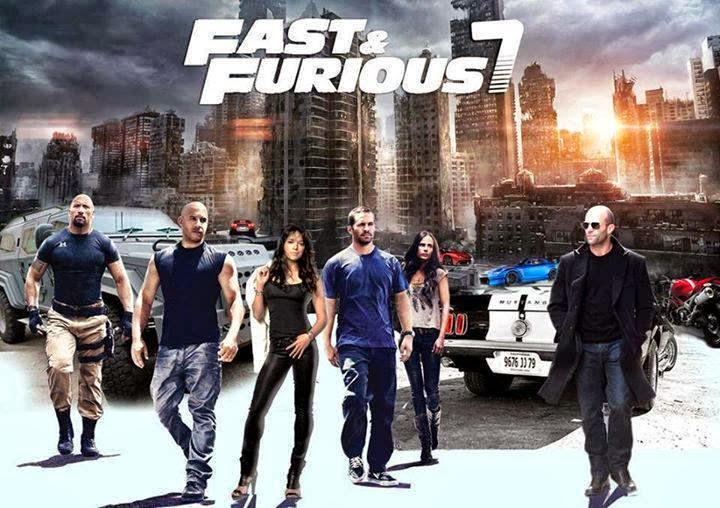 Your guess is just as good as ours as to what, exactly, a F&F-themed attraction would like in USF, but given Disaster’s enormously large show building and the fact that it’s located in the San Francisco area of the park (for now, at least), the sky is well and truly the limit.

Bonus: How HHN 25 has changed already
Now that we’ve seen how ongoing projects around the park can disrupt Halloween Horror Nights’s plans (an eternal source of consternation for Art and Design), let’s take a quick look back at how the plans have already been changed since the first brainstorming sessions began right after last year’s event concluded.

As HHNRumors.com reported last week, the initial pitch for 2015 included ten houses, with the last one being a premium experience that would require an additional fee to enter. While our own sources are able to confirm this was, indeed, talked about at one point in time, we actually don’t have any concrete info on just what, exactly, this up-charge house would have entailed — although, based upon similar experiences at such events as Howl-O-Scream at Busch Gardens Tampa, smart money would be on a scarier, gorier event that would most certainly not be meant for younger or otherwise more susceptible audiences. (There’s also the chance that it would’ve incorporated interactive technologies, such as what was seen at last year’s top-secret Legendary Truth experience.)

There’s just one last tidbit to share: not only were Universal’s designers intent on expanding the lineup to a record-breaking tenth house, they were also looking to blow it open to both parks – Universal Studios Florida and Islands of Adventure, which hasn’t been done in over a decade.

Oh, what could’ve been – and just what might be for Halloween Horror Nights 2016…

We don’t have plans for any more HHN articles for a bit, but join the discussion in our forums and check out our complete insider’s guide in the meantime.