Note from the author: as promised/threatened on the latest episode of the Orlando Informer Podcast, here is the article originally published on Epcot’s 30th anniversary, October 1, 2012 (just a few weeks after my first son was born). Given the news of Frozen replacing Maelstrom and other recent developments, its message is even timelier now than it was three years ago.

Look for the follow-up article tomorrow, detailing how the park can retain its past glory for the next 30 years. 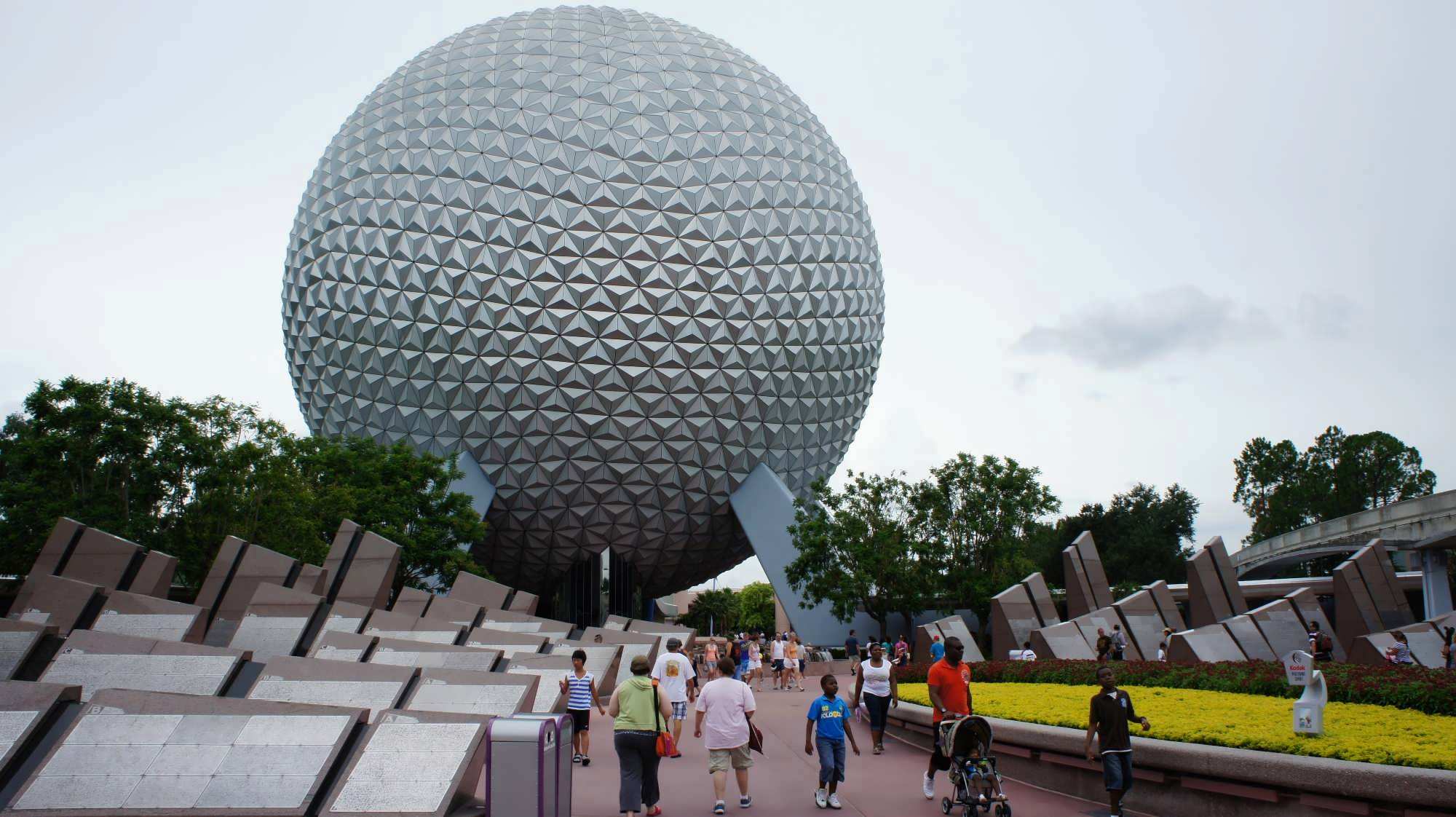 Let me make a confession: I never made it to Epcot until 1990, when the park was already eight-years-old (and I was the tender age of 11). I missed the excitement of seeing the 21st century start on October 1, 1982, as all the grandiose marketing had proudly proclaimed, but, as it turns out, the new century wasn’t fully up and kicking until 1989, when the last of the park’s (original) pavilions finally opened. I had made it to the future just in time.

While I knew that Epcot – EPCOT Center, back then – was the second theme park to open at Walt Disney World, it was lost on me that it was only the third Disney park globally and was commissioned at a time when the company was still engaged in that great enterprise of Walt’s called experimentation. It was the first park to not follow the Magic Kingdom template, to not feature Disney characters, and to not be informed at all by licensed or otherwise pre-existent material. That’s a lot of nots, but they’re not anywhere near as powerful as what Epcot did have: science. Technology. Cultural anthropology (as it were). The future. Disney’s chairman of the board at the time summed it up this way: “We want to first entertain, then inform and inspire all who come here.” Epcot was, simply speaking, the most ambitious, the most articulate, and, dare I say, the most refined theme park the world had ever seen. 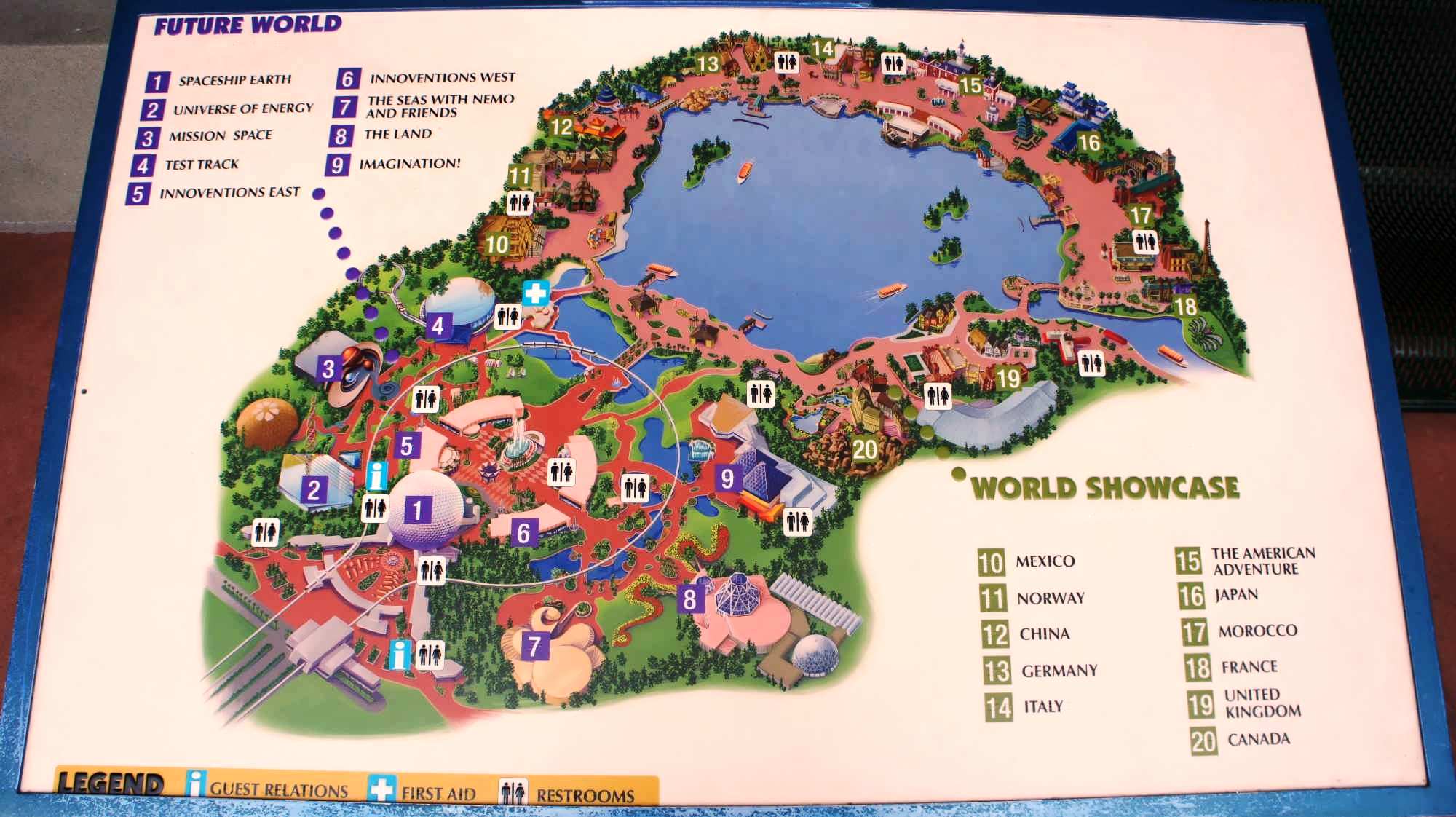 And as I strolled its lanes in 1990, the roster of pavilions on hand lived up to the promise: Universe of Energy, Journey into Imagination, Spaceship Earth, The Land, World of Motion (all originals), The Living Seas, Wonders of Life, and, but of course, Horizons (all icing-on-the-cake add-ons). All facets of man’s existence on this planet were available to a late-‘80s/early-‘90s Disney World visitor, ranging from astronomy to oceanography to paleontology – and being a huge nerd even in my early teenage years, having gone through bouts of obsession with each of these disciplines (hey, Hanna Barbara got me with reruns of Sealab 2020 early on [just as Adult Swim made me fall in love all over again with Sealab 2021 years later, though for entirely different reasons]), there literally was no other place I’d rather be. Magic Kingdom was positively dull in comparison – not to mention flat.

What made early Epcot attractions so endlessly fascinating was their predication upon real-world phenomena. Yes, it was the larger-than-life dinosaurs – Ellen DeGeneres-free, thank you very much – that initially brought me into the Universe of Energy ride, but it was the reflection upon energy sources and their impact on man going forward that occupied my awareness for years afterwards. Body Wars, in the Wonders of Life pavilion, was noteworthy for being one of Disney’s first attempts at utilizing motion-simulator technology, but it was so engrossing because of its window, literally, into human physiology. The draw of The Living Seas was to set foot on an underwater base and see how future generations of man would work and live. And Horizons was the crème de la crème due to its uncanny ability to synthesize every single one of the other pavilions into one super-dense attraction, reaching the very pinnacle of what Disney could be (in Orlando, at least). 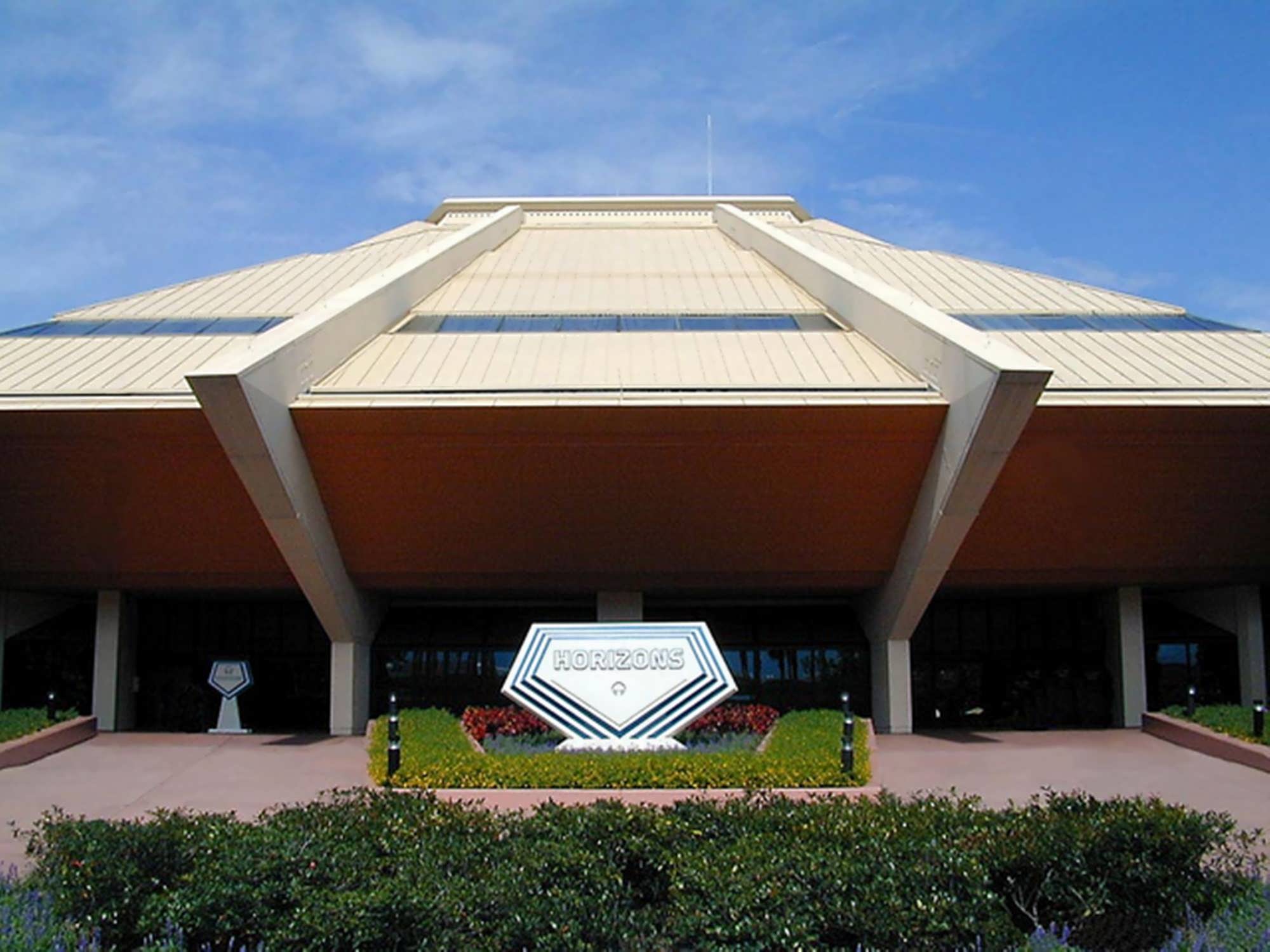 The main sizzle to the park, then, wasn’t character meet-and-greets or the ability to ride your favorite movies (sorry, Universal – Disney was doing that decades before you came on the scene) – it was a sense of awe that only discovery can unlock. It was a sense of being on the frontier, of going beyond the next generation, of pushing at the boundaries of the present and getting a glimpse of the future. Only one place on the planet afforded such a panoramic view of human existence and experience both to the average man, of making tomorrow a tangible piece of reality that could be touched and smelled and enjoyed. It had no limitation.

Which, ironically enough, ended up being Epcot’s biggest limitation. “Difficult to see,” Master Yoda once said. “Always in motion, the future is.” It didn’t take very long for, say, the space shuttle program – a small but integral part of Horizons – to become as dated as the hula hoop (and more tainted, unfortunately, as a result of the Challenger and Columbia tragedies). The maintenance costs just to keep the rides operational, let alone up-to-date with the latest developments of science and technology – a prospect which rarely, if ever, happened – were prohibitive, leading many of the pavilions’ corporate sponsors to walk away once their initial contracts were up. And when the leadership of Disney changed several years into Epcot’s existence, so did their priorities, causing an anything-for-the-bottom-line mentality to pervade – and undermine – the park. Goodbye, firewall with other Disney properties; hello, Mickey Mouse’s wand (which infamously presided over Spaceship Earth for some eight years). Goodbye, The Living Seas; hello, The Seas with Nemo and Friends. Goodbye, slow and contemplative dark rides; hello, desultory thrill rides. 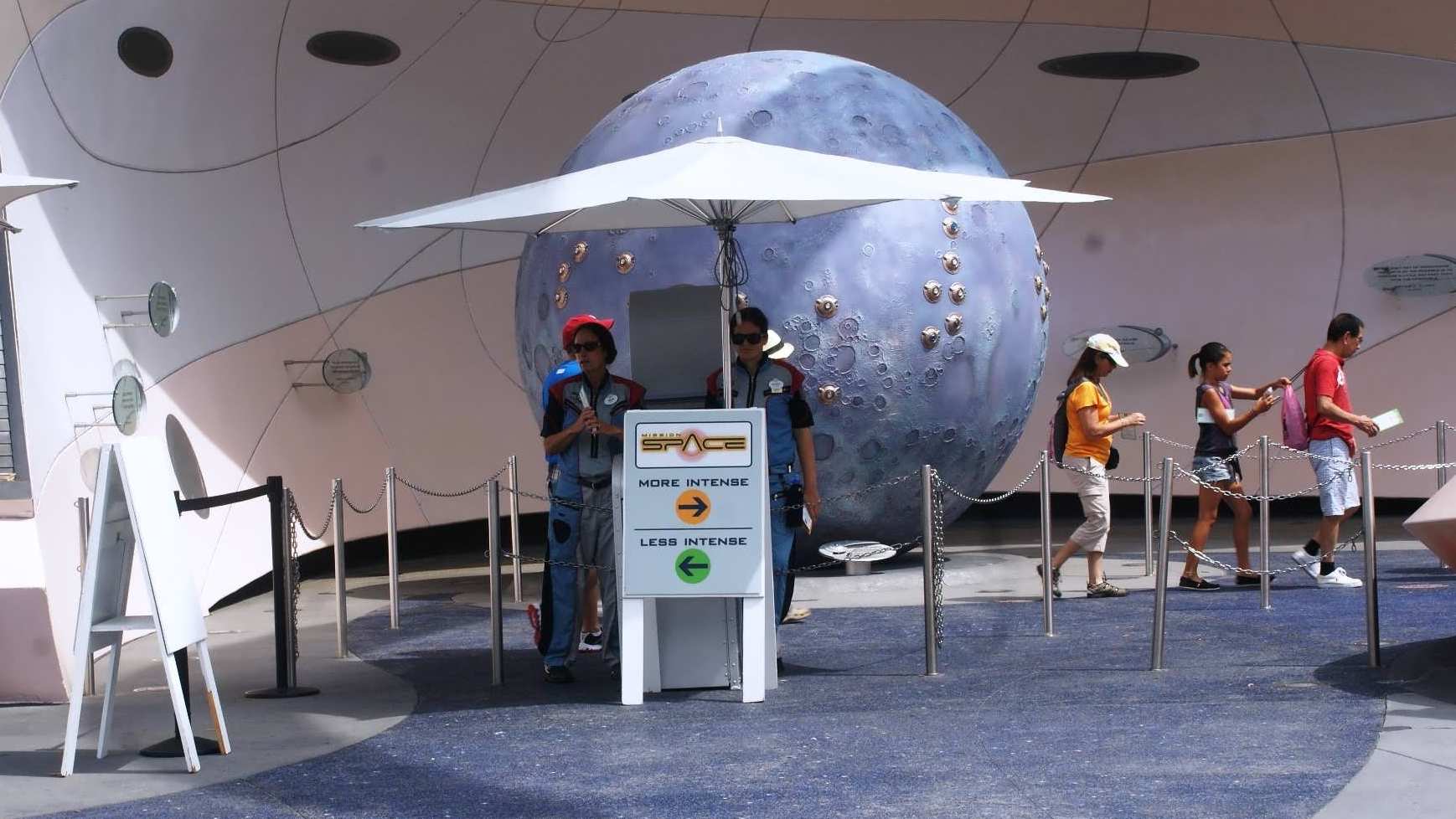 But let’s not forget perhaps the biggest change of them all during the park’s lifetime: society itself. We have steadily been a people consumed with consumption without thought of – well, anything else. Quick-and-fun is the mantra of the day, over not-as-fast-but-good; it’s the reason why movies like the Hangover series have come to be predominant instead of, say, films like Blade Runner, which was released only four months before Epcot opened its doors. (Do not misunderstand me: our popular culture has always been defined by the garrulous and the provincial, but the sheer percentage of such works has gotten exponentially higher the further along we putter.) Now Epcot is just another Disney park, endlessly recycling the same flow of new film or television properties, characters, and soundtracks; now Future World has no future – and probably never will again.

So when I hear that Epcot has turned 30 today, part of me really wants to shrug with cool indifference. Of its three decades, you might say only one was spent alive and kicking; the others have been something of a parody of Weekend at Bernie’s, with Michael Eisner at the strings instead of Andrew McCarthy.

But there will always be that 11-year-old in me, walking the path from Universe of Energy to Horizons in wide-eyed merriment, with two eternally young parents behind me happy to see their child held in the sway of possibility. 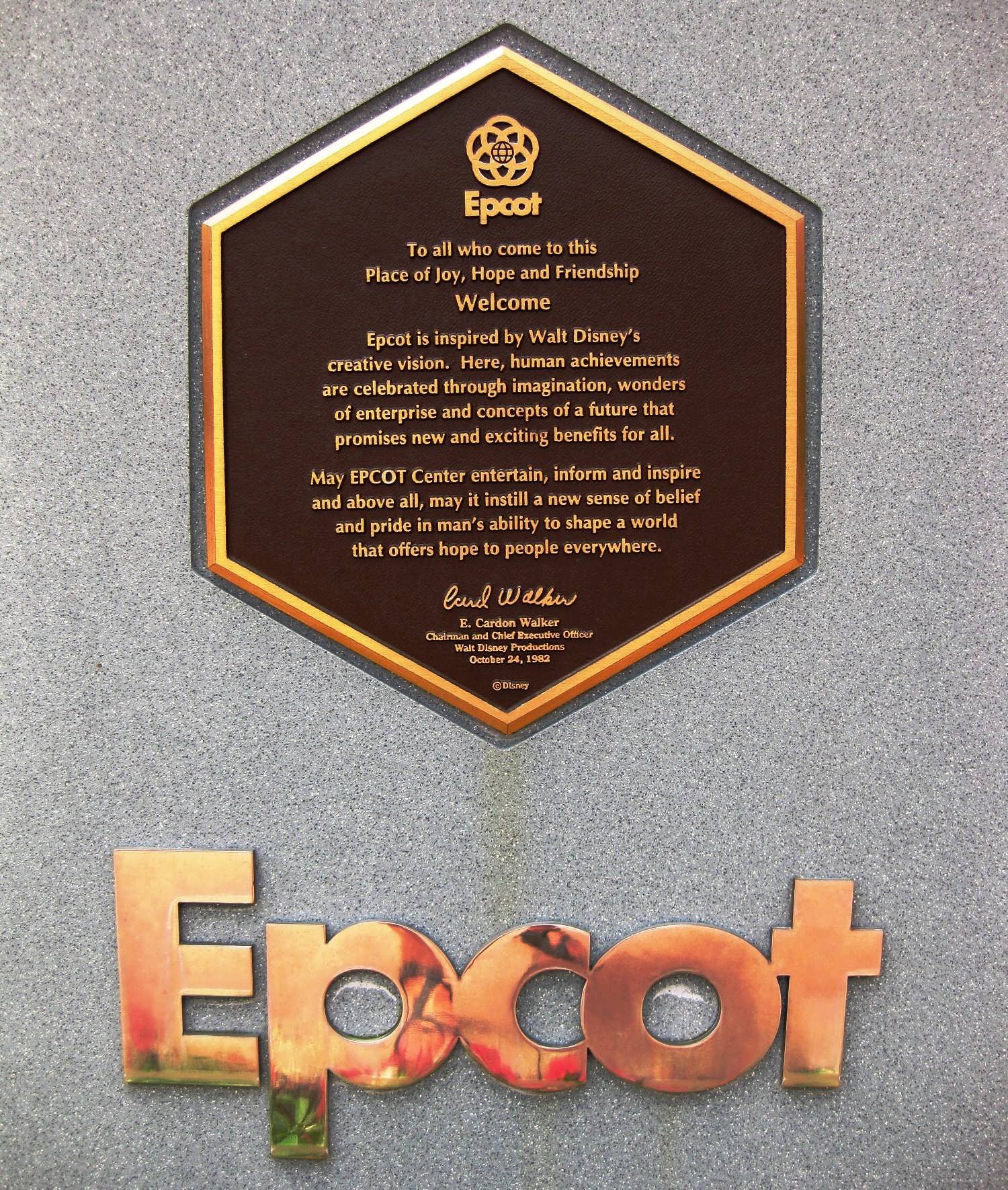 What do you think of Epcot’s present – and future? Tell us in the comments below.