All the recent talk of Steven pielberg possibly returning to Universal Pictures – and of his maybe resurrecting rides based off of his classic properties of Back to the Future and Jaws – has gotten us to thinking about all the other unbelievably exciting attractions that Universal has already gotten lined up for the foreseeable future; there’s just so many to keep track of, and it’s so easy for newer announcements to knock the older ones temporarily out of our consciousness, it’s great to line them all up together in a neat little row.

We know we keep saying it, but the sentiment keeps getting underscored seemingly every other month: there’s never been a better time to be a theme park enthusiast, generally, or a Universal fan, specifically. And here are the top seven reasons why.

The response that most individuals, whether they be themed fans or not, make when first hearing that Jimmy Fallon – and, possibly, his Tonight Show – might be making an appearance at Universal Studios Florida in the form of a new ride is one of incredulousness. And, to be fair, it’s easy to see why: a talk show? As a ride? Settled amidst all these killer thrill rides? 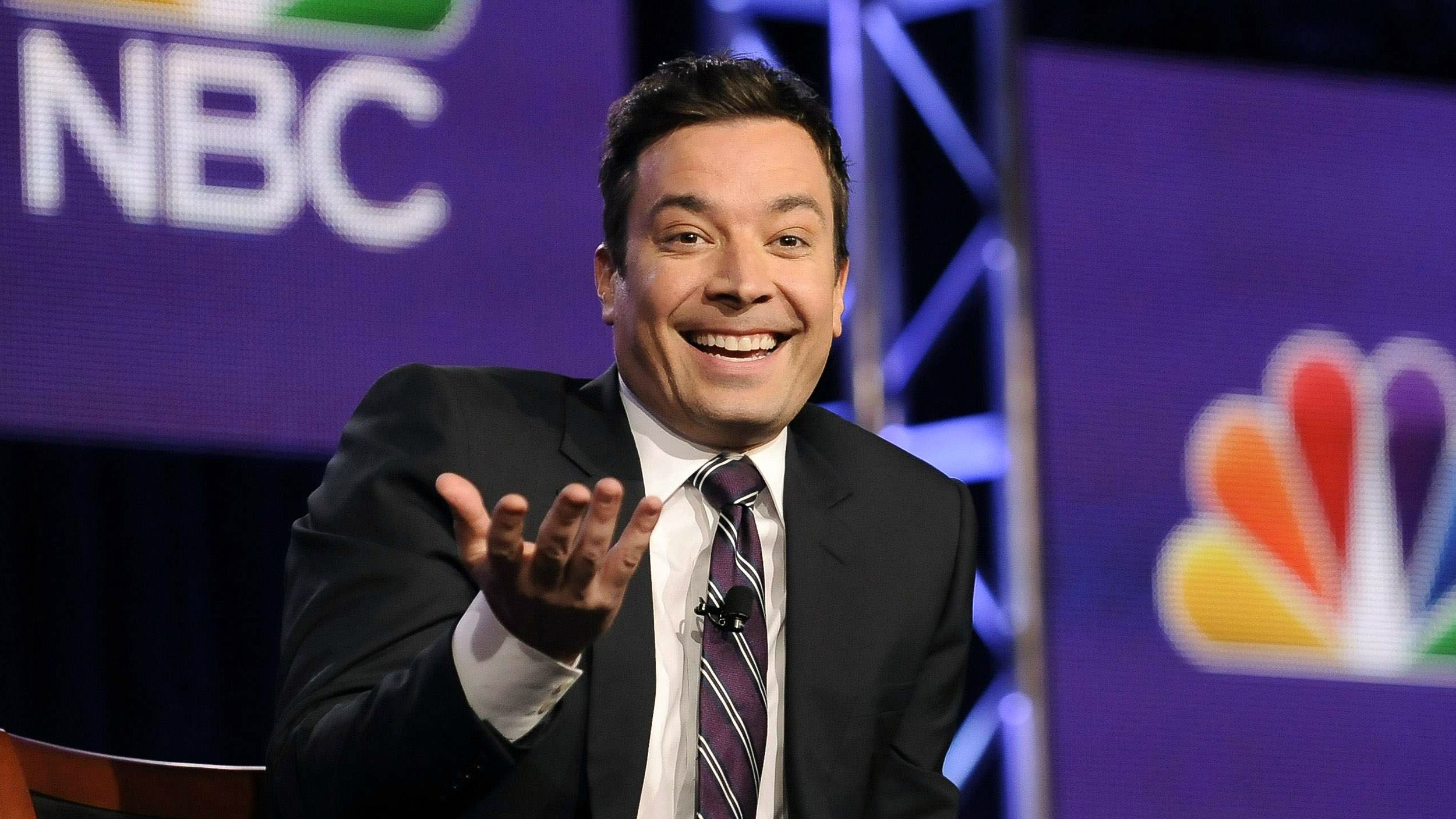 It turns out, however, that the light-hearted comedian just might end up being the perfect conduit for a family-friendly, Disney-esque experience. It also turns out that comparing it to Disney just might be apt, as rumors have long swirled that Soarin’ at Epcot will be the basis for the ride vehicle, with New York being the location and Fallon serving as guests’ wise-cracking host. 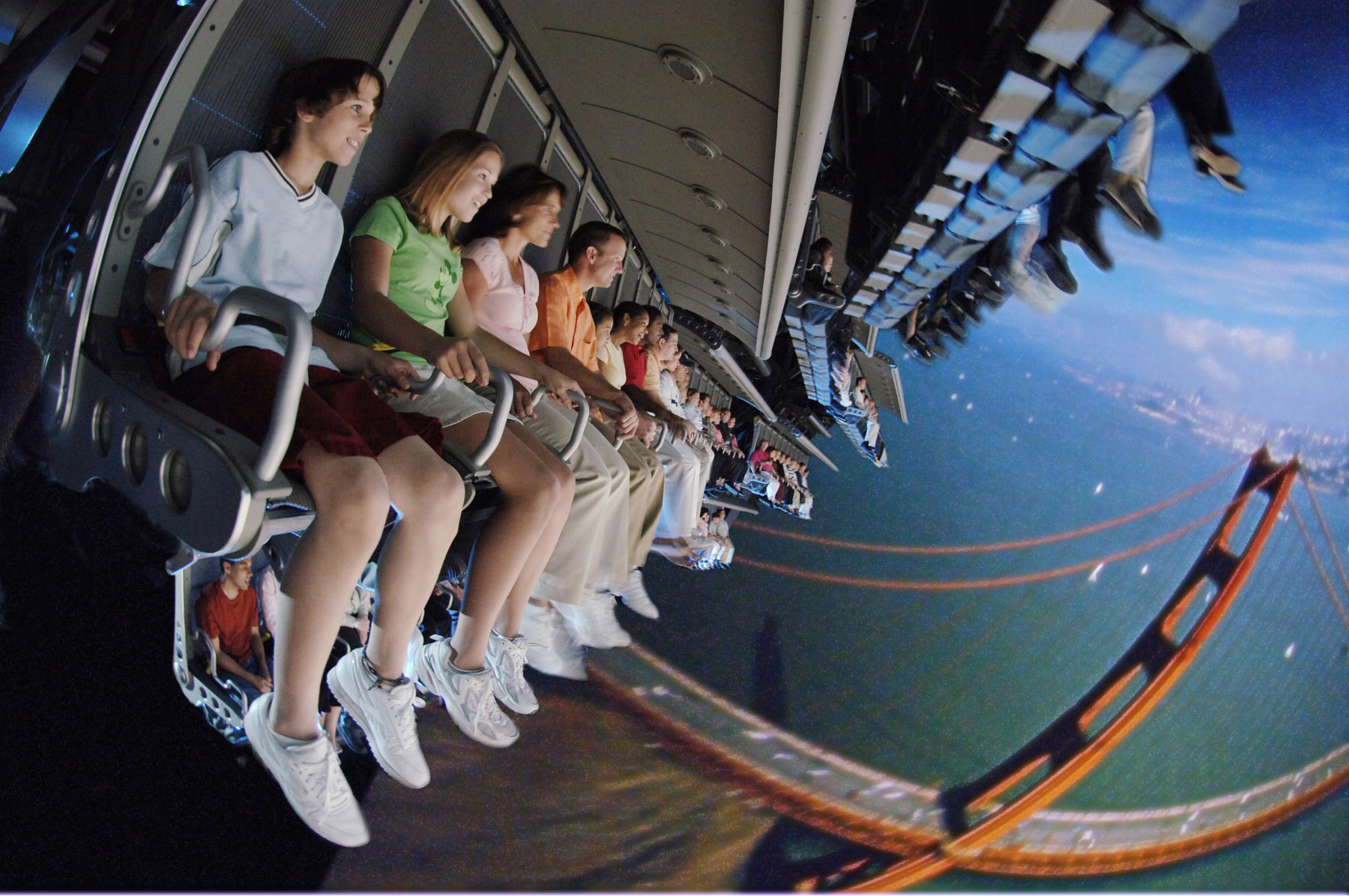 The possible ride also underscores one of the biggest challenges facing Universal as it continues to mature as a must-visit resort: the necessity of having different attractions for different segments of its consumer base. In this way, Jimmy Fallon could be the perfect counterpoint to the kiddie Kang and Kodos’s Twirl ‘n Hurl.

Okay, let’s be honest here: the Fast & Furious movies are not the best pieces of filmic entertainment. But they certainly do deliver on the visceral, action quotient, and that’s precisely what leads to some of the most fun – and most immersive – theme park attractions around. When combined with the franchise’s particular penchant for ridiculous stunts and edge-of-your-seat races, it’s hard to see how this ride won’t be a blast. 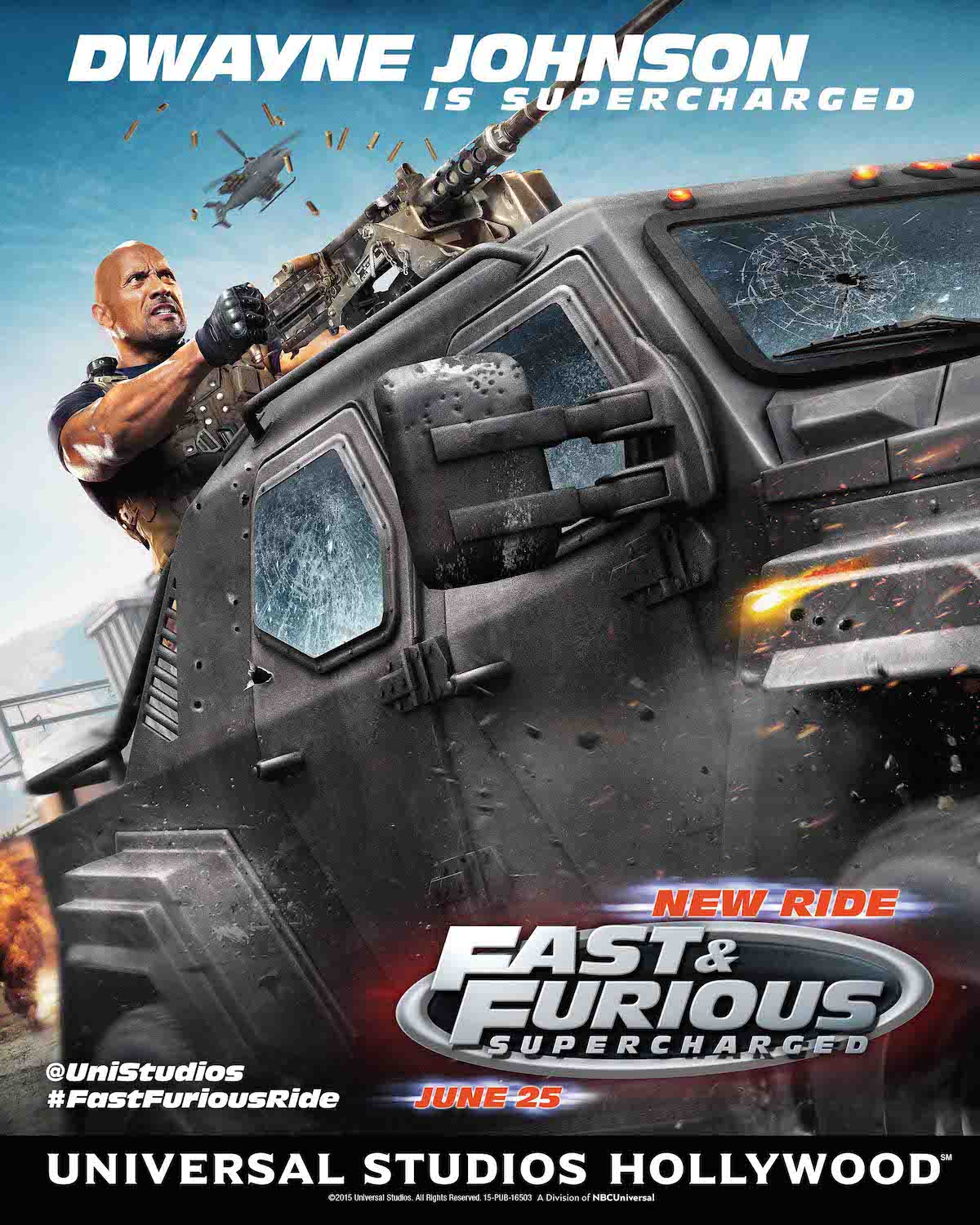 And there’s actually one final element going in Supercharged’s favor: the little fact that the two attractions it’ll be taking over, Disaster and Beetlejuice’s Graveyard Revue, together have a rather substantial-sized footprint in the park, leaving an incredible amount of room for whatever ride that the maestros at Universal Creative will be dreaming up. Let’s just hope it involves a physical layout of track and delivers the next generation of Epcot’s Test Track or California Adventure’s Radiator Springs Racers.

One of the best roller coasters in Orlando getting a much-needed overhaul, smoothing out its ride experience and upgrading its ride vehicles, instantly makes the Incredible Hulk Coaster’s lengthy refurbishment an exciting prospect. 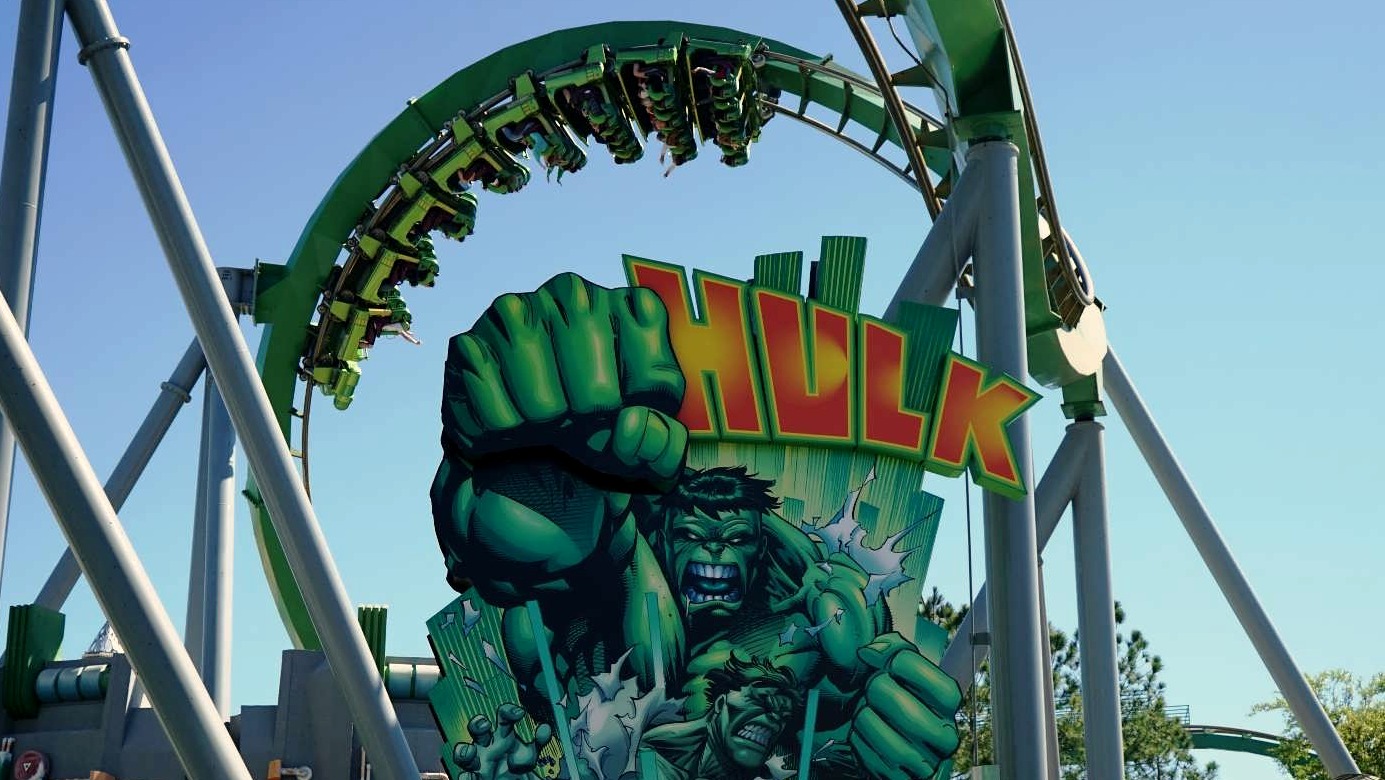 What makes it positively divine, though, is the potential that its revamped storyline will receive. We know that the queue is essentially being torn down and built anew from scratch, replacing the big, bulky ‘90s TVs with flat-paneled modernity – but will the nondescript, cartoony world that the coaster’s Bruce Banner exists in be replaced with the live-action (near) perfection that is the Avengers movies? If so, it’s not much of a stretch to see the rest of Marvel Super Hero Island being converted in the very near future to reflect more of the all-encompassing Marvel Cinematic Universe – a dream come true for both Marvel and themed fanboys.

There is so much about Reign of Kong that screams “epic!” from its mammoth façade to its ride vehicles, from its concept art to its highly themed queue (perhaps Universal’s best yet?). And then there’s the rumored giant audio-animatronic King Kong himself, which promises to not only be the biggest robotic figure that Universal has ever made in its 40 years as a theme park operator, but also be one of the biggest action set pieces seen in a themed attraction yet. 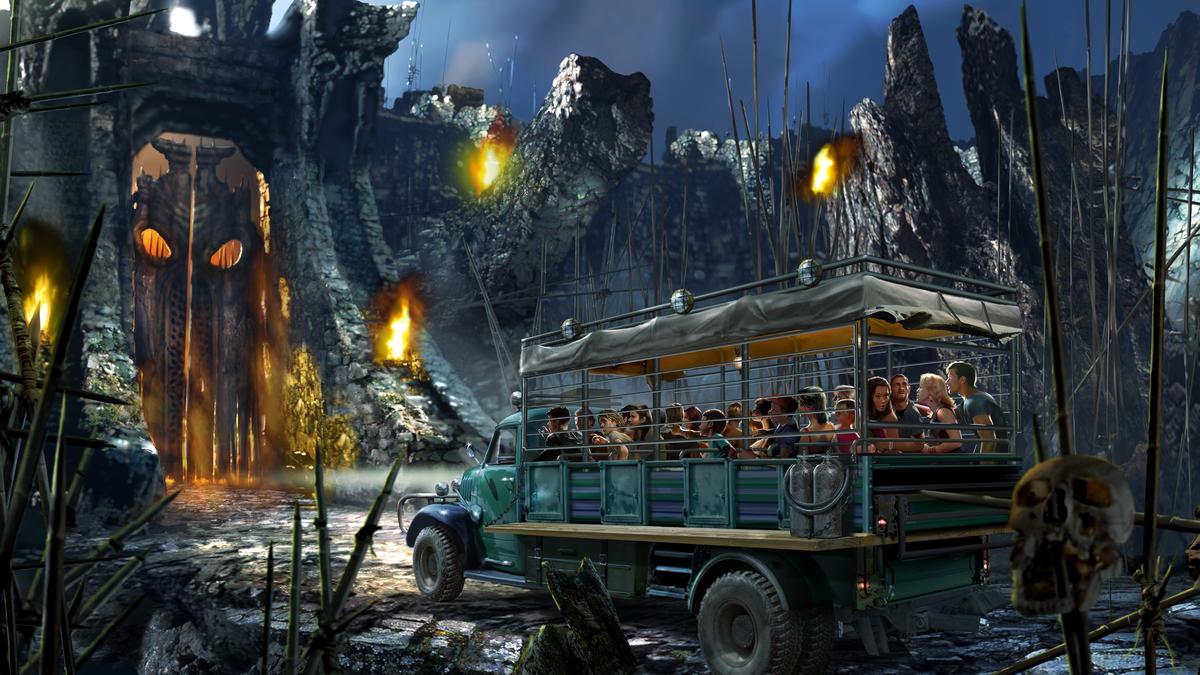 And all of this is on top of the fact that Skull Island will end up being a brand-new land at Islands of Adventure, the first “island” to be added to the park since The Wizarding World of Harry Potter – Hogsmeade back in 2010. While it may be the tiniest yet – it is, in all actuality, unused property from the neighboring Jurassic Park – it still portends more giant-sized adventures to come.

A brand-new, fully-themed, and possibly revolutionary water park would, under normal circumstances, easily top a list of the most impressive upcoming attractions. The fact that it’s coming in at third on our litany is testament to how insanely good Universal’s current roster is – and that should really tell you something (especially if your name is Disney). 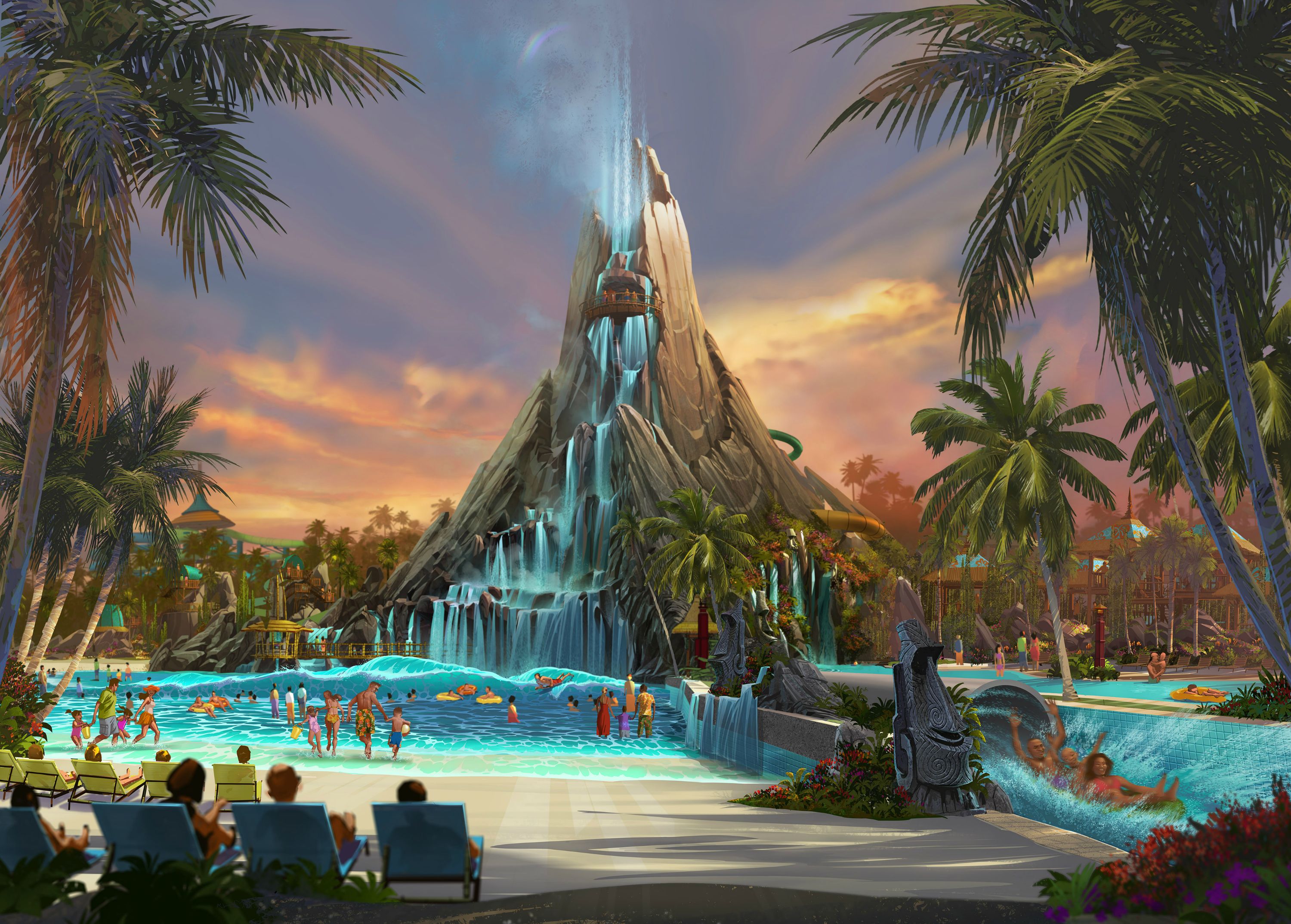 While not much in the way of official details have been offered, the concept art looks positively lavish, and the flow of unofficial information has us all salivating quietly behind the scenes. The finalized lineup of attractions may include dark ride elements being inserted inside of water rides and a nighttime show that just may be able to rival some of Walt Disney World’s fare – maybe.

After the home-run successes of both Hogsmeade and Diagon Alley, it’s hard to not instantly get excited over a third addition to the Wizarding World of Harry Potter – especially when it’s rumored to be on a location from Jo Rowling’s universe that is already so detailed and so immersive (but is there really any other kind?). Just thinking of the possibility of walking down those iconic hallways, facing off against (even more) Dementors, or witnessing first-hand a duel between Dumbledore and Lord Voldemort is enough to give us goosebumps. 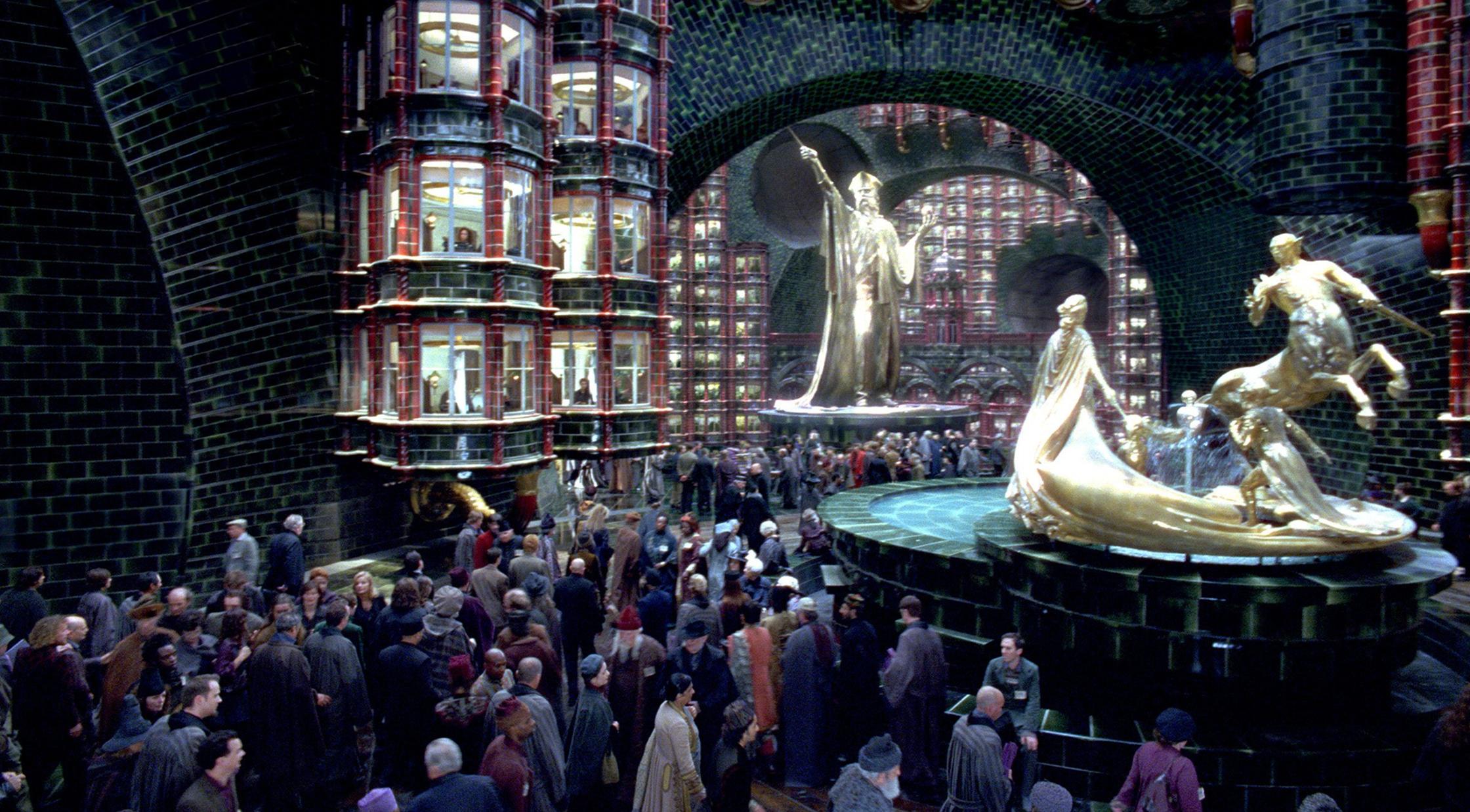 Then again, it’s appropriate to keep our expectations in check here. Rather than being a full-fledged land like either Diagon Alley or Hogsmeade Village, the Ministry expansion would be just that – an expansion, adding on an additional building (and several further attractions) to Diagon Alley.

Still, if you want to see just what Ministry of Magic could look like in theme park form, be sure to check out my full-blown thoughts.

As great as the experiences on this list are, the vast majority of them are single attractions (yes, even Skull Island, even though it’ll have a brand-new land dedicated to it). Nintendo Land will end up being the first new full-fledged theme park area added on to Universal Orlando since Diagon Alley replaced the former Amity area in 2014 – and, chances are, it might be every bit as detailed and fully-fleshed-out as Harry’s wondrous new world.

Rumors continue to trickle in that several rides (based off of several Nintendo properties, including, we think, Mario Kart and The Legend of Zelda), restaurants, and merchandise locations will soon be installed where Woody Woodpecker’s KidZone currently sits, offering state-of-the-art ride experiences and environments that will stand up to the self-imposed Harry Potter litmus test.

Given the vast and rich tapestry of experiences that Nintendo has snuggled away in its 38-year-history as a videogame developer, Nintendo Land topping the list is a no-brainer.