6 Things You Need to Know about The Orlando Eye

Orlando is chock full of big amusements; towering icons, colossal entertainment, and ginormous thrills are just a few of the reasons tourists and locals alike love “The City Beautiful.”

Lately, however, Orlando is beginning to look more like “The City Growing,” as International Drive is gaining steam as the newest amusement hub – and, arguably, the biggest thing to hit I-Drive is The Orlando Eye. As we approach the final countdown to opening day, there are a few things you should know about Orlando’s next big thing.

It is the center of an entire entertainment complex
The Orlando Eye serves as the anchoring focal point of the new I-Drive 360 complex, which will be home to a variety of shops, restaurants, and attractions. Already open, Carrabba’s, Yard House, Outback Steakhouse, and Tin Roof are serving as introductory ambassadors to the new development.

Tin Roof is a great spot for food, drinks, and live music.

There will be no shortage of options at I-Drive 360, and parking is available for free at the site’s sizable garage.

It is the brainchild of familiar faces
The companies behind I-Drive 360 and The Orlando Eye are Unicorp National Development, Inc. and Merlin Entertainments. Unicorp is the Dr. Phillips-based company behind the Dellagio complex and the recently-announced, 420-foot-tall StarFlyer attraction, which is slated to debut in 2016. 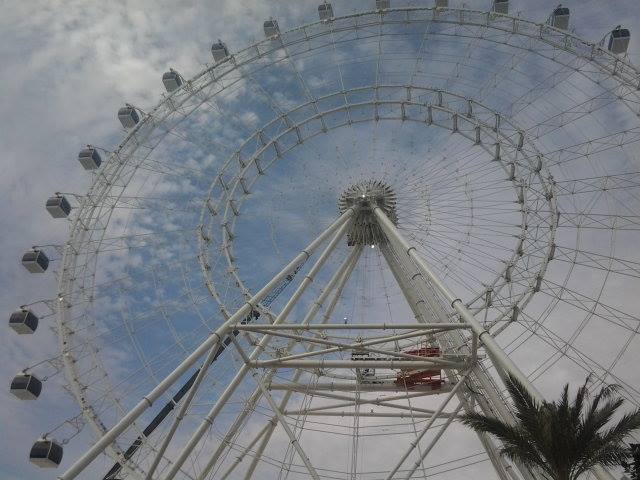 The Orlando Eye looms at 400 feet.

Merlin Entertainments masterminded Central Florida’s Legoland (which will be connected to I-Drive 360 via daily shuttles) and the famous London Eye. The Orlando Eye will stand at 400 feet while London’s is slightly larger, at 443 feet. (At these heights, 43 feet doesn’t seem to be a tremendous difference, does it?)

Its general manager is no stranger to Merlin’s big concepts
The general manager of The Orlando Eye, Robin Goodchild, is the former head of operations at The London Eye. He has been on-hand for all of the recent progress at the site and received the honor of adding the “golden bolt” for the installation of the final passenger capsule on Thursday, February 5. 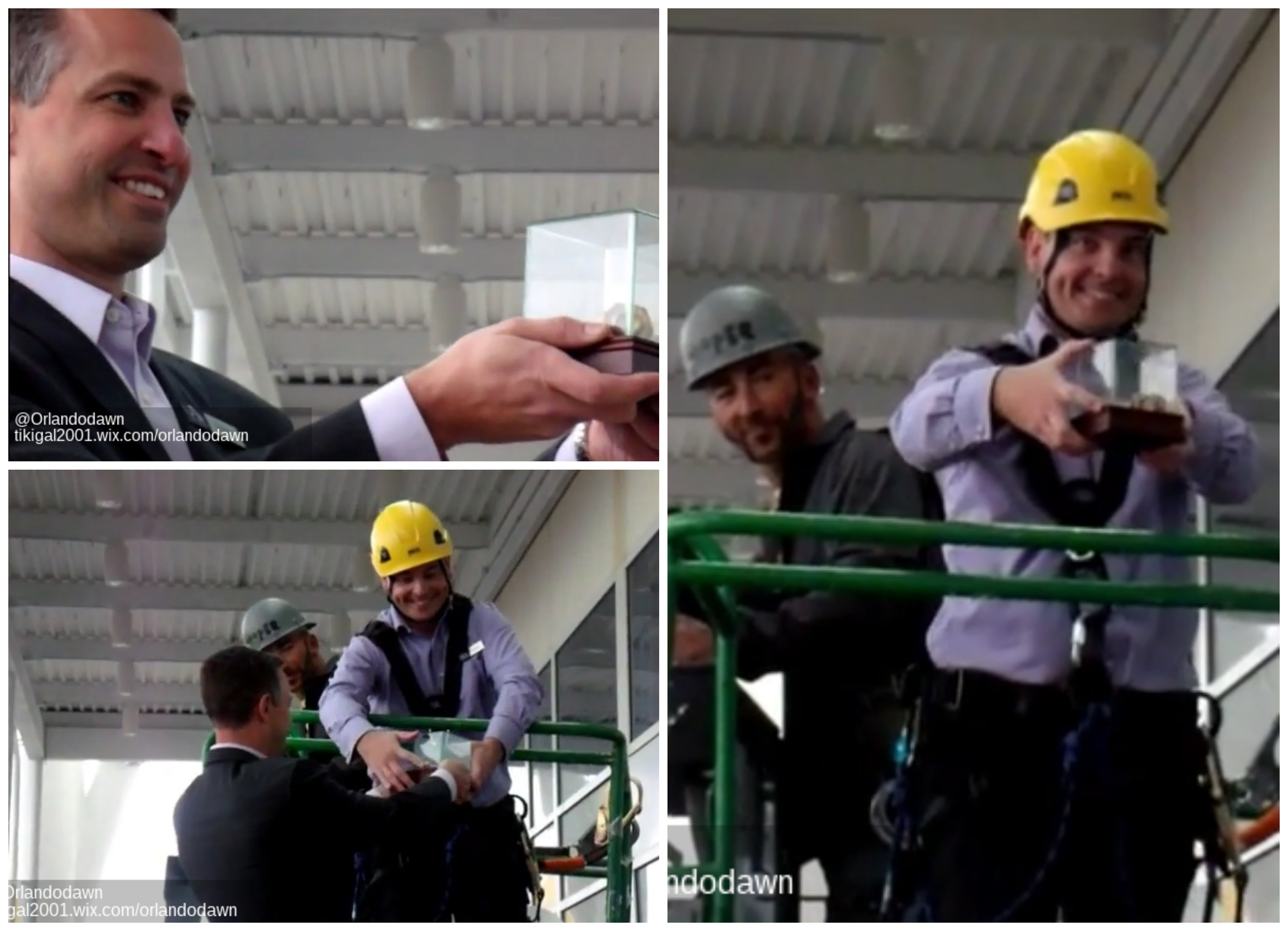 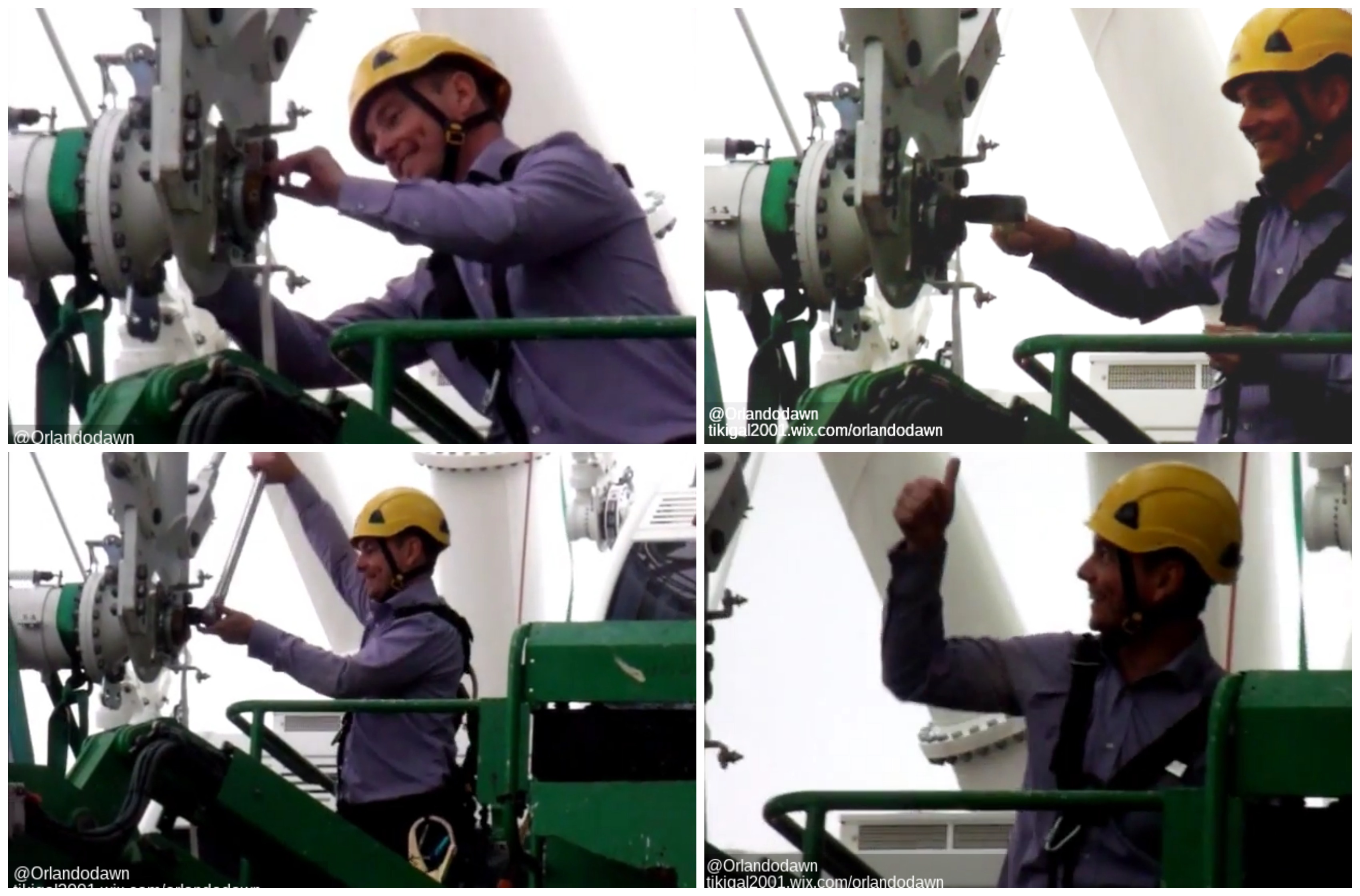 The thing Goodchild is most anxious to share when The Orlando Eye opens, he has said, is the view of a Florida sunset from high above the ground. He recently experienced a preview from the roof of the offices there, and he marveled at the beauty of it. The Eye will more than double that vantage point and Goodchild is eager to soak it all in – as am I.

It is a massive undertaking, now in the home stretch

Though the planning phase of the mammoth Ferris wheel began in 2011, construction did not begin until late 2013 – after all, a project of this magnitude is no small feat. 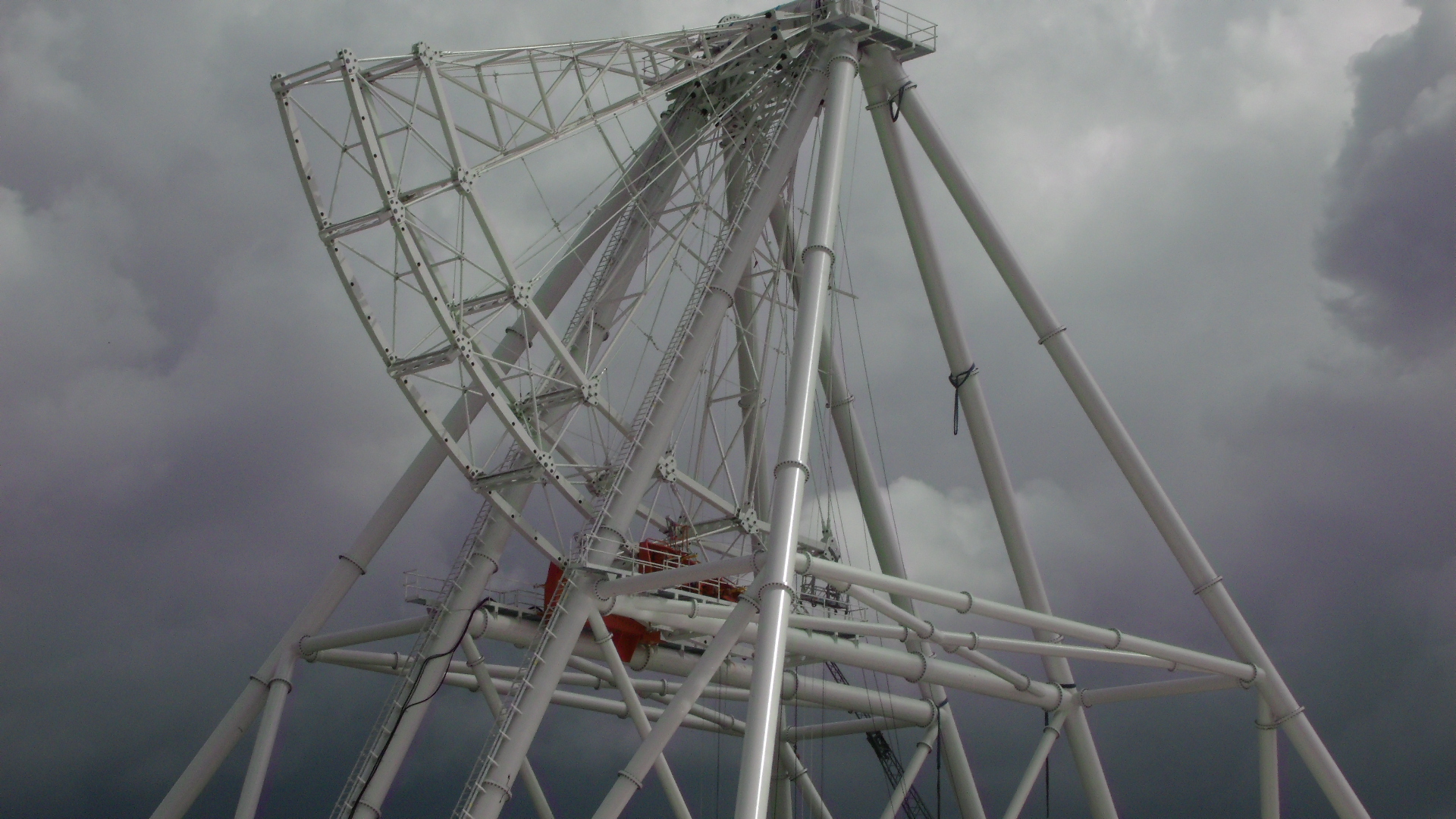 The Orlando Eye is starting to take shape.

Over the second half of 2014, the Eye truly started taking shape, and progress has continued at an impressive speed ever since: on January 20, the first passenger capsule was installed; on February 5, the 30th – and final – capsule was attached. Crews are now working to complete the boarding platform, where visitors will load and unload from the observation wheel. LED lighting connections are also being added at this time. 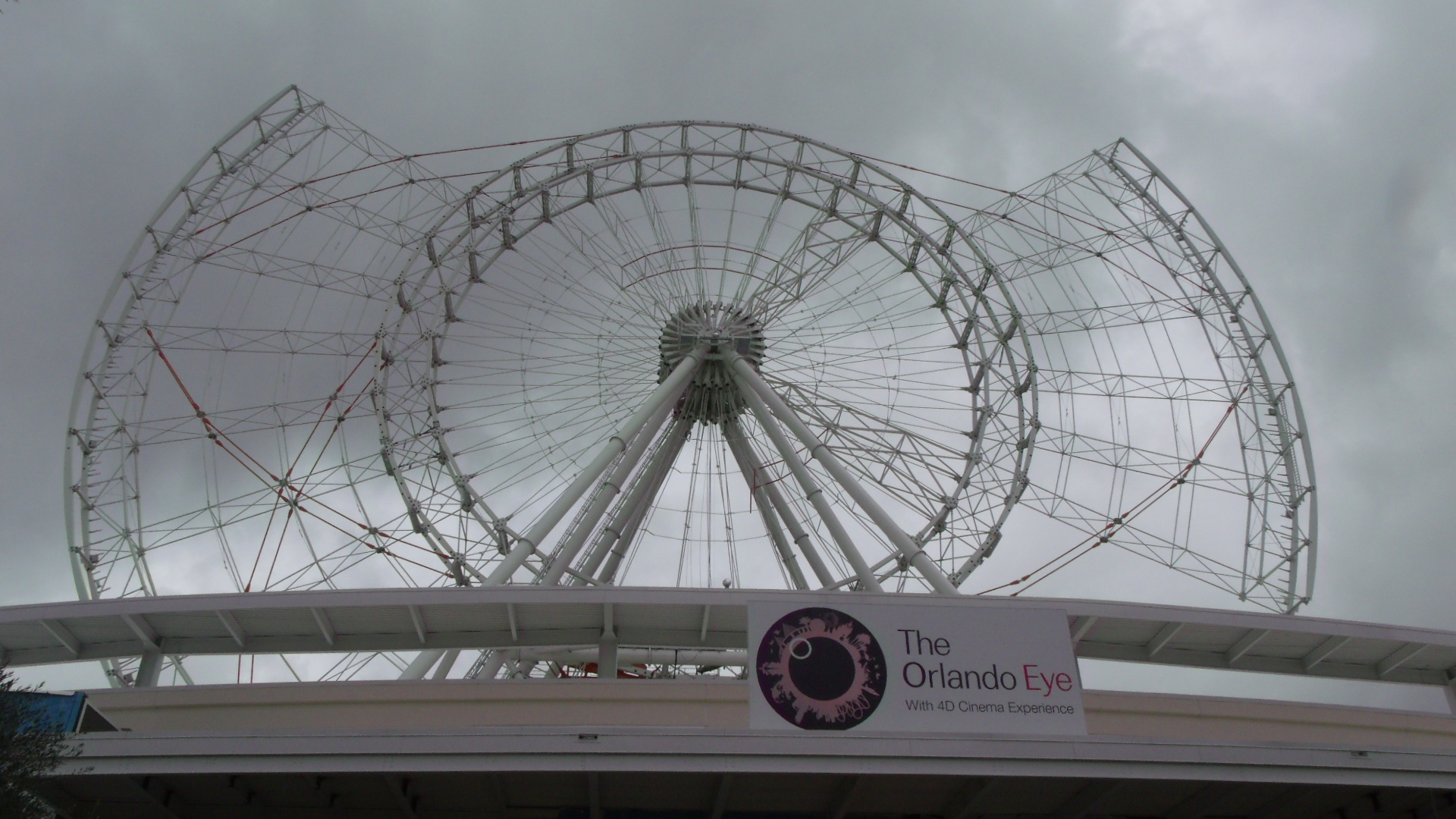 The outer wheel begins to form.

Goodchild was pleased to report that they’ve encountered very few setbacks on their journey. The one thing that did pose a challenge should come as no surprise to anyone familiar with Orlando: unpredictable weather. 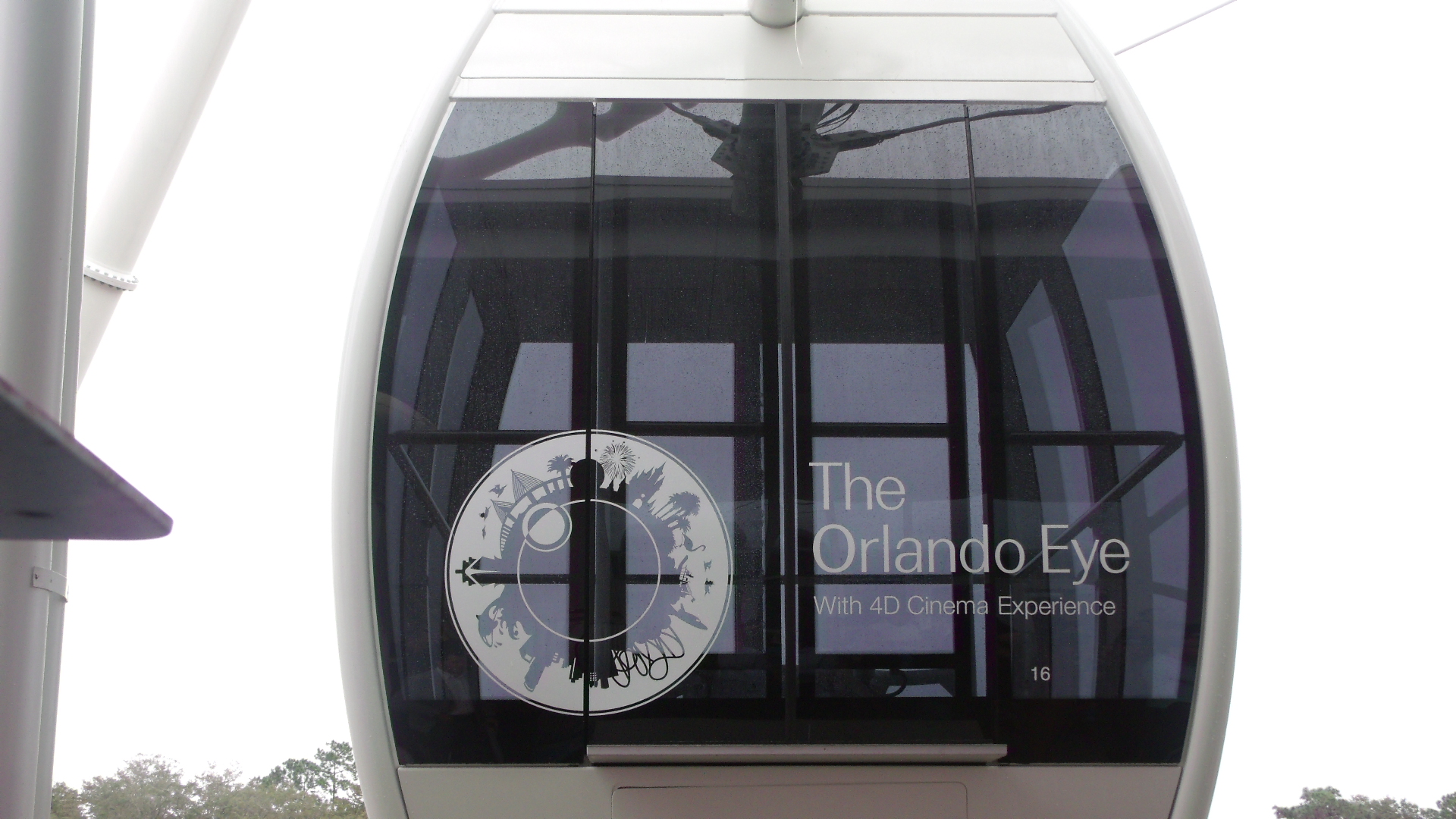 Touchscreen tablets will be mounted in each capsule to provide information on the surrounding sights for on-board guests. The wheel will travel at about 1 mph, taking approximately 20 minutes to complete a full rotation. 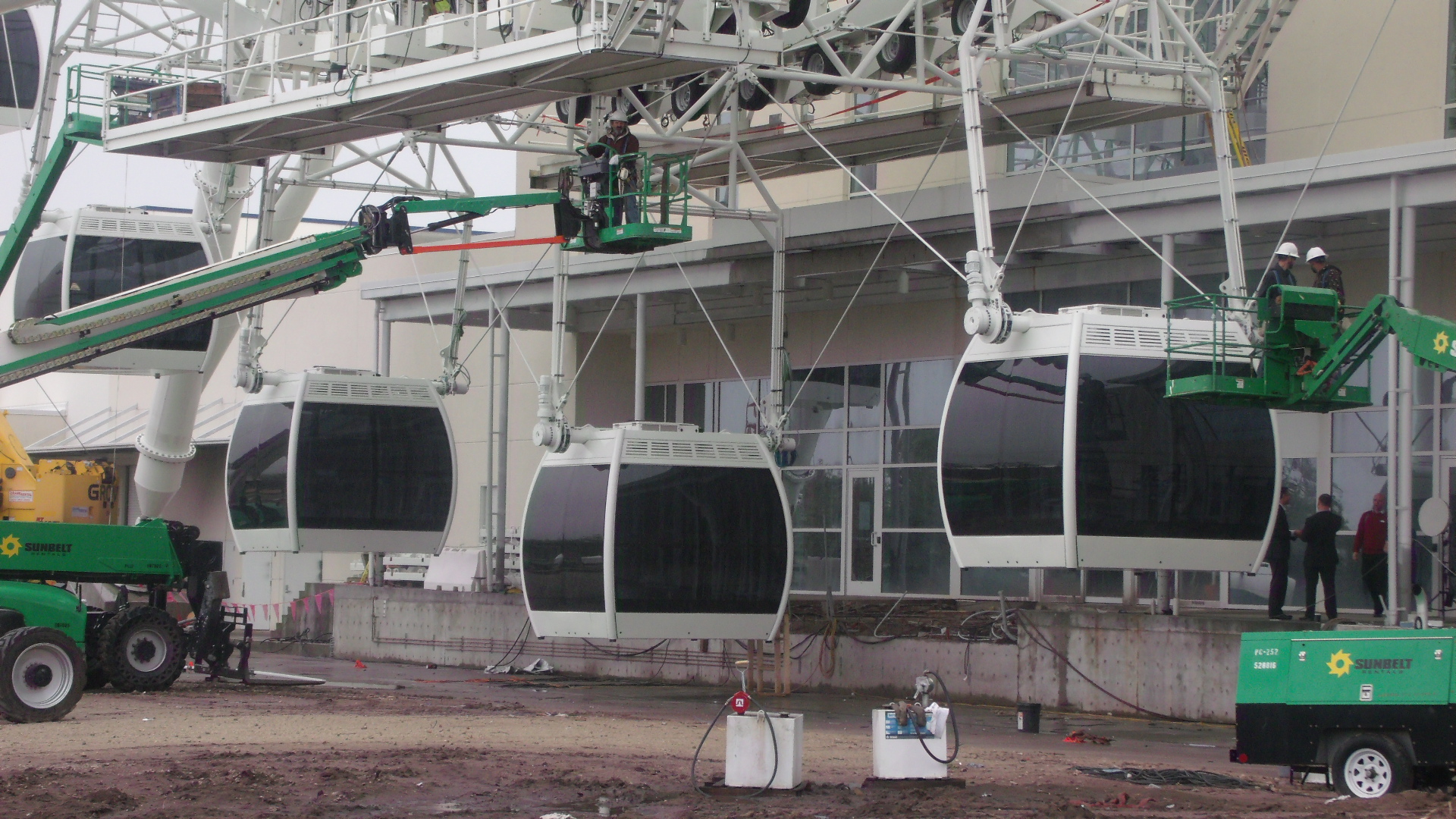 All 30 capsules are now installed.

The Orlando Eye will also be available for “buy-out” events and parties. Champagne flights and private capsules will be possible, as well.

There’s more than meets the eye
The flight experience is only part of the complete package at The Orlando Eye. Prior to a spin on the wheel, guests will enjoy a brief, 4D film preview. 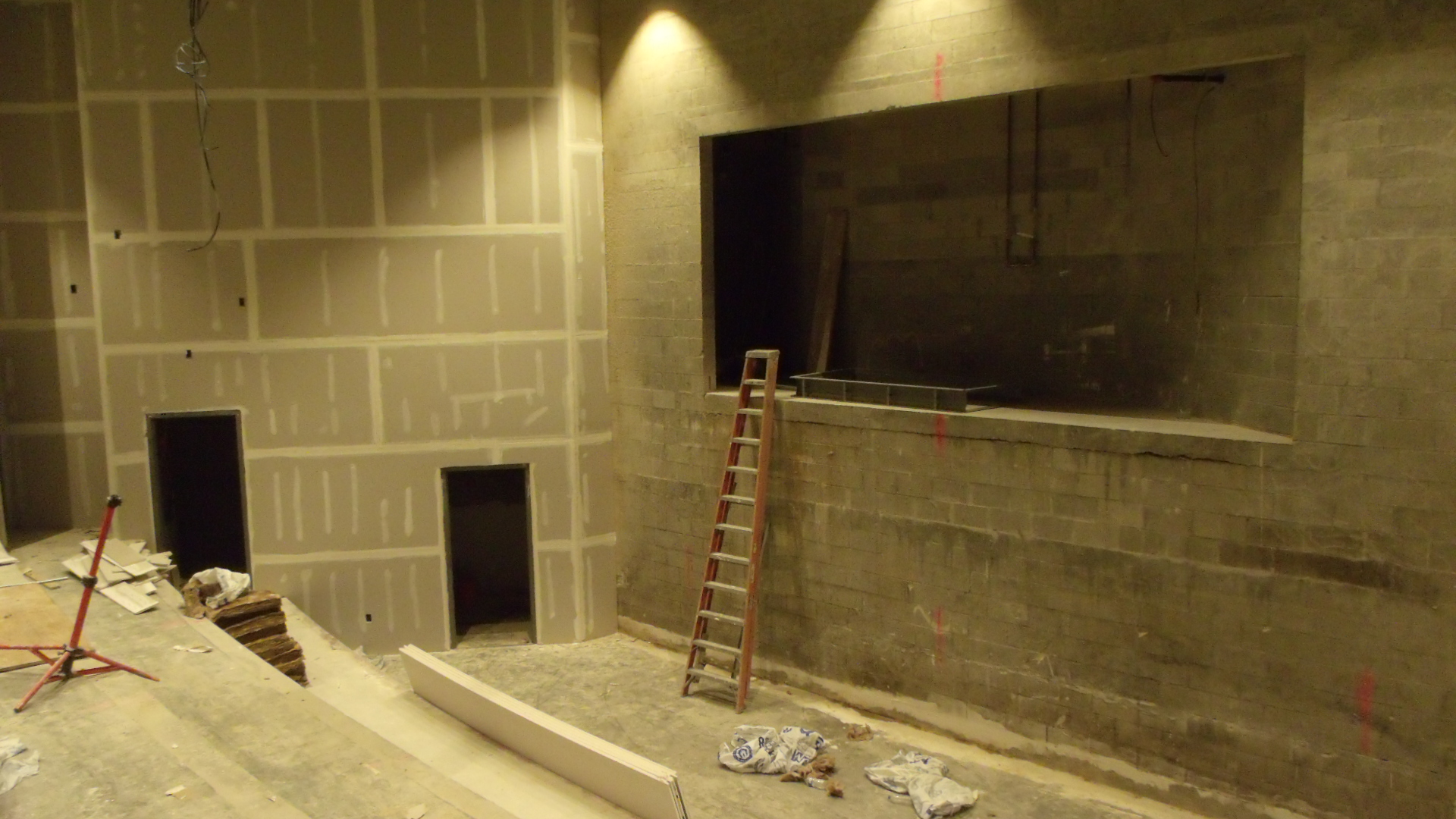 There will also be opportunities for fun, green-screen-enhanced souvenir photos. The “Terminal Building” will contain a food court and lounge, directly beneath the Ferris wheel, with surreal views from below the glass ceiling.

The grounds of the I-Drive 360 complex will provide an extension of the overall experience with a centralized, colorfully-lit fountain dancing to a themed soundtrack. The expansive surrounding landscape is lush and inviting – perfect for a midday picnic. 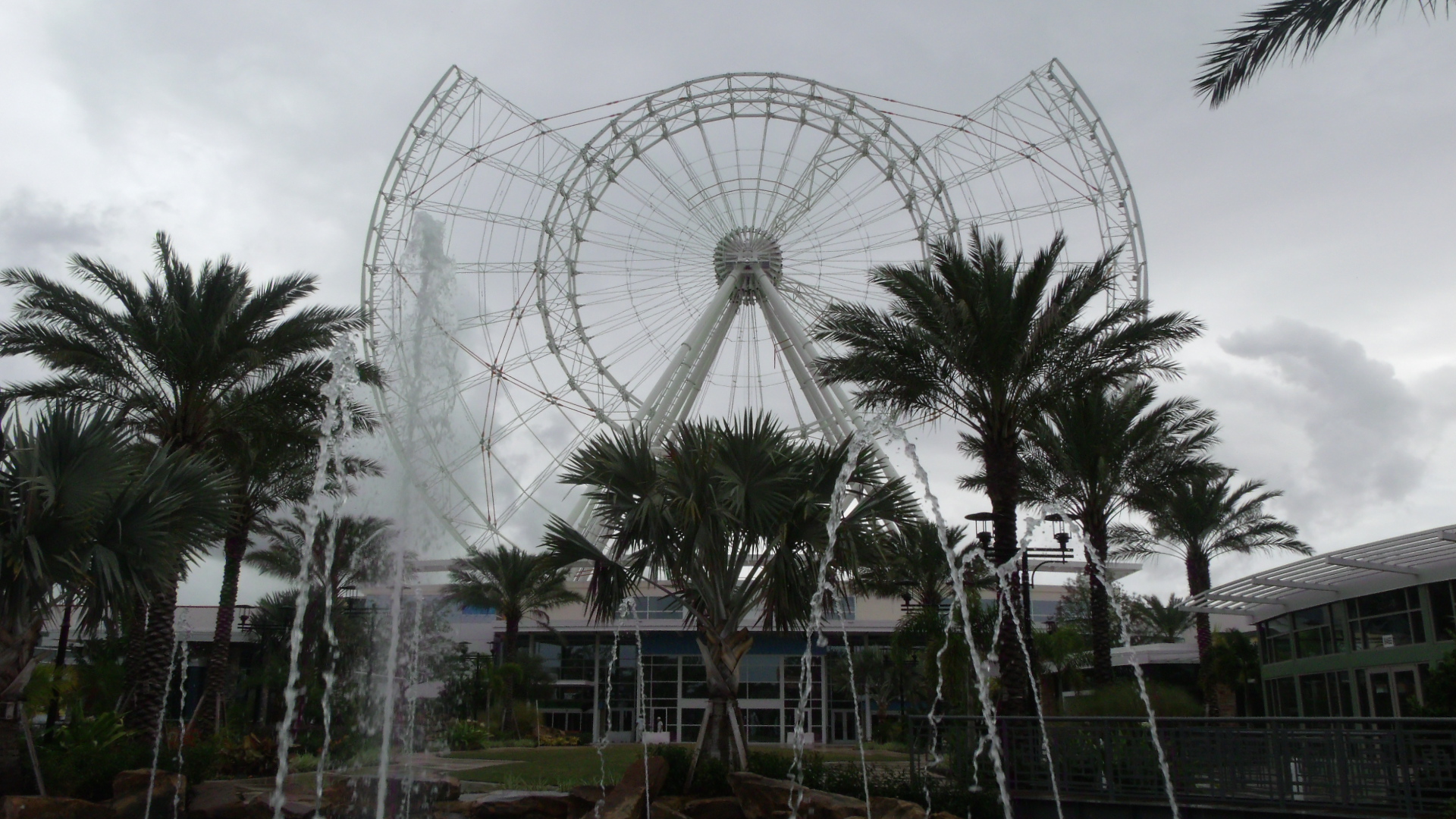 The I-Drive 360 grounds are open and inviting

While Orlando’s theme parks will always be the thing that put the city on every tourist’s vacation map, there is no reason to limit a visit to the parks alone. With the growth of International Drive and the potential of I-Drive 360, specifically, there’s more reason than ever to stay and play for an extra day.

As progress continues, it’s clear to see that I-Drive is fast becoming an amusement opportunity that’s hard to overlook; after all, it’s impossible to ignore the appeal of the “Eye” in the sky.

Will you be visiting I-Drive 360 or riding the Orlando Eye? Or does the whole undertaking fail to catch your eye (and hard-earned vacation dollar)? The comments await below.

13 Best Pictures from Universal This Week