As a kid, one of my earliest memories in my life is my first ever visit to the Magic Kingdom at Walt Disney World, here in Orlando, Florida.

I was two years old at the time (or so I’ve been told) and I was headed down Main Street, towards Cinderella castle in a stroller. I do not remember much else from that day, only that the tram at the Transportation and Ticket Center startled me from my beauty sleep after a long day at the park. However, that is not nearly as exciting as laying eyes on the castle for the very first time. I am reminiscing on this memory of mine because for many individuals that visit the park from out of town, they get to experience that unforgettable moment of laying eyes on Cinderella castle for the first time at a more mature age.

For frequent park goers such as myself, I struggle to remember any sort of physical or emotional feeling that I experienced from that little stroller at two years old. If anything, I remember how hot it was, and how tired I felt. And yet, at twenty years old, I may now lay eyes upon this one-of-a-kind castle two to three times a week! Granted, I will never know what it’s like to have that “first time” feeling that many others are able to experience every day, but for me, I have a special privilege and a unique opportunity to see something that takes me back to my two-year-old self. I never take that for granted. In fact, a part of my mission when snapping photos of this castle is not to capture something in a photo that nobody else has ever seen before, but rather, to capture those “first time” feelings that many individuals may have felt upon first laying eyes on Cinderella Castle. Thereby taking that individual back to the parks and reliving a special moment/memory in their mind. 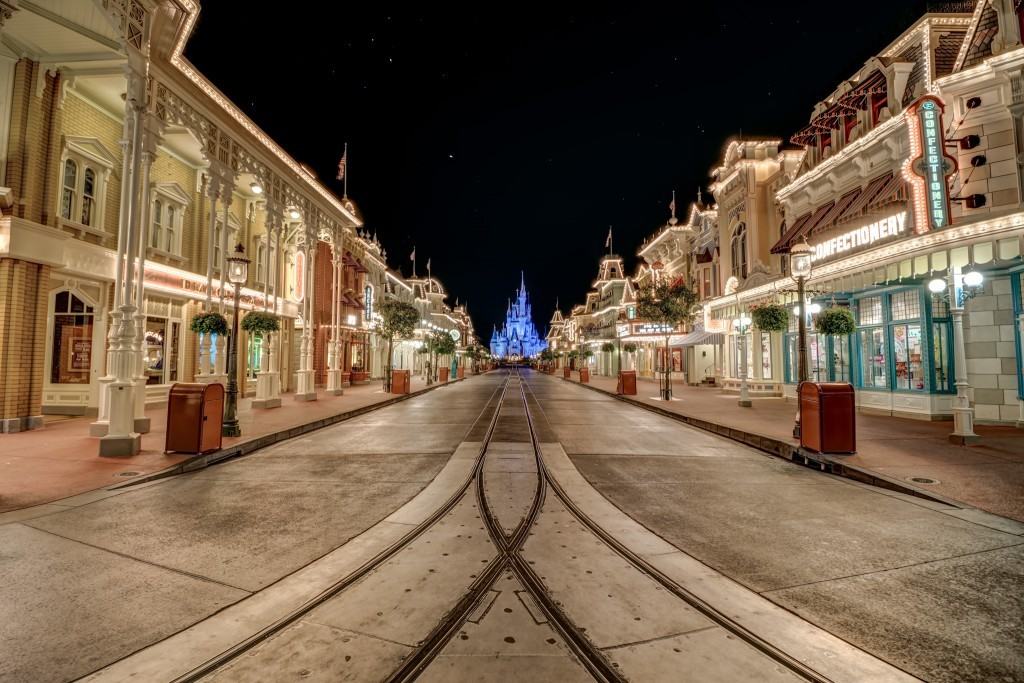 In this photo, I was really looking to capture the scope of Main Street U.S.A., especially in regards to the distance from the beginning of the street to Cinderella Castle. 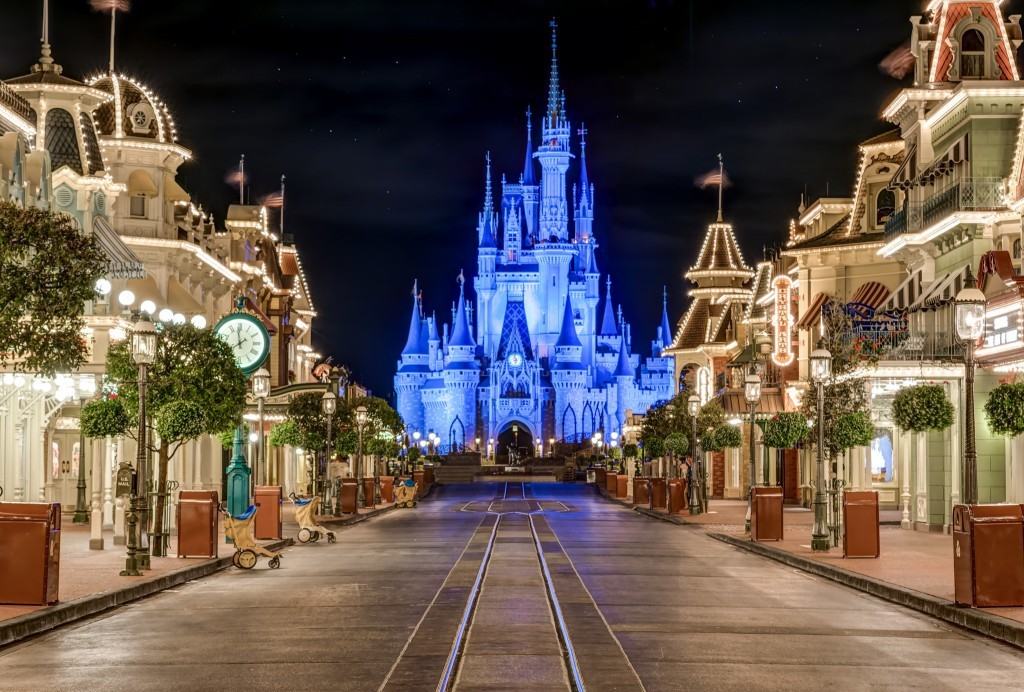 I took this photo as I headed towards the exit of the Magic Kingdom with some of my good friends. Shortly after snapping this, the lights along Main Street U.S.A. were shut off. If only I had grabbed a photo of that! 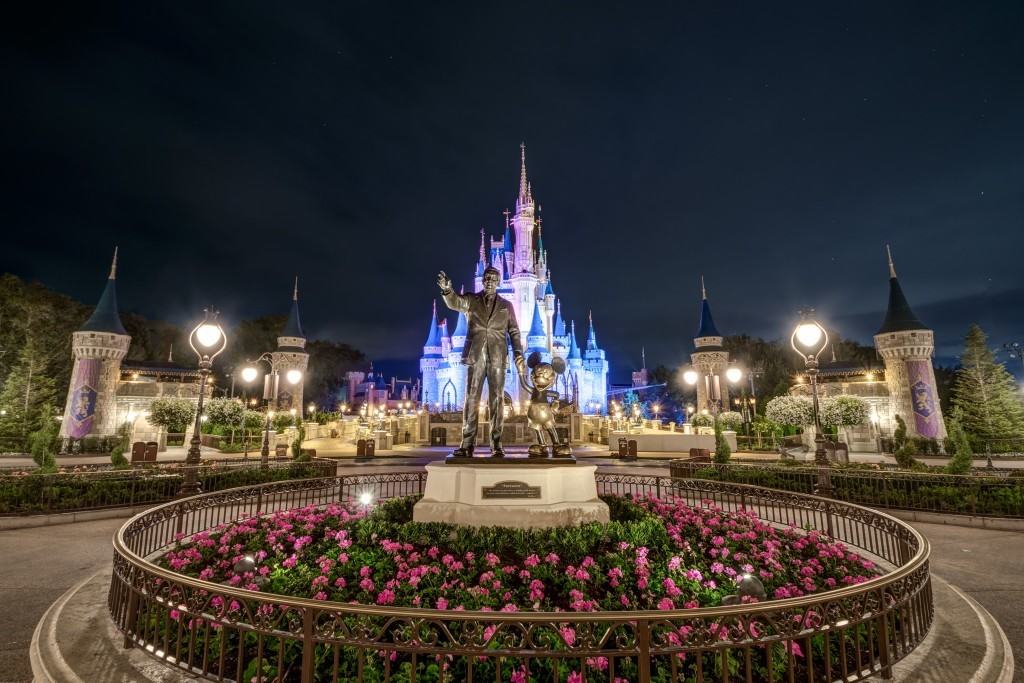 I can only imagine what Walt would think of his Florida project if he could see it now. 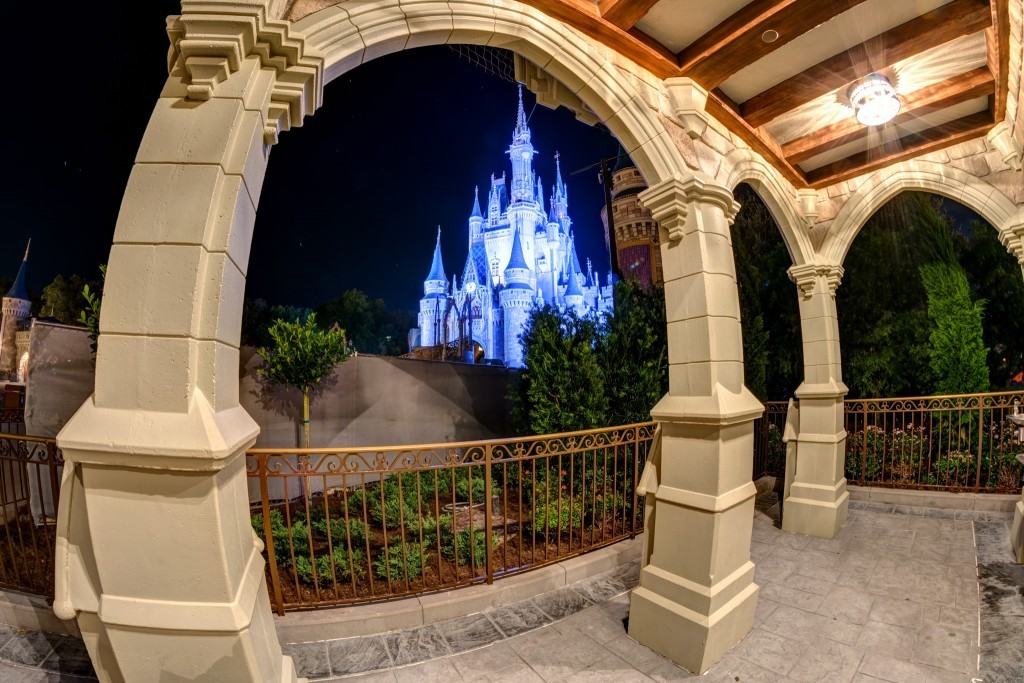 Shortly after the expansion of the Castle hub came to a close, I shot this photo from underneath the right turret. It provided me with some unique framing. 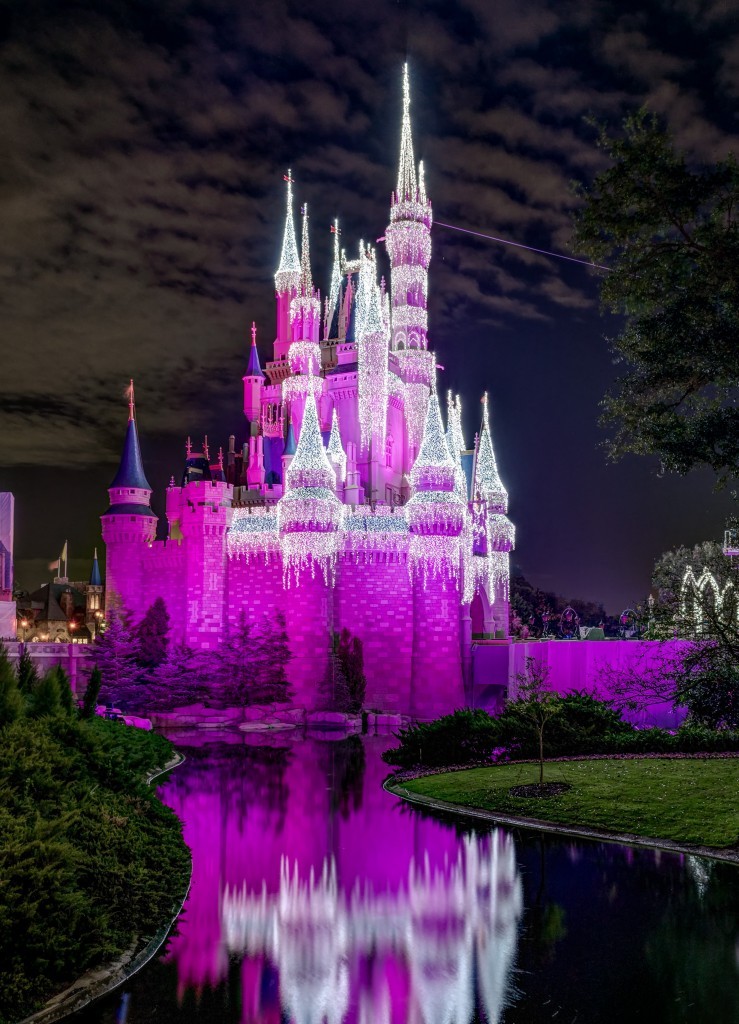 I really do enjoy the icicle lights that are hung from Cinderella Castle during the holiday season. Sometimes I wish that they were a year round addition, but then I wonder, “Would I appreciate them as much as I do now that they are a seasonal feature to the Magic Kingdom?”

6. The Backside of Royalty 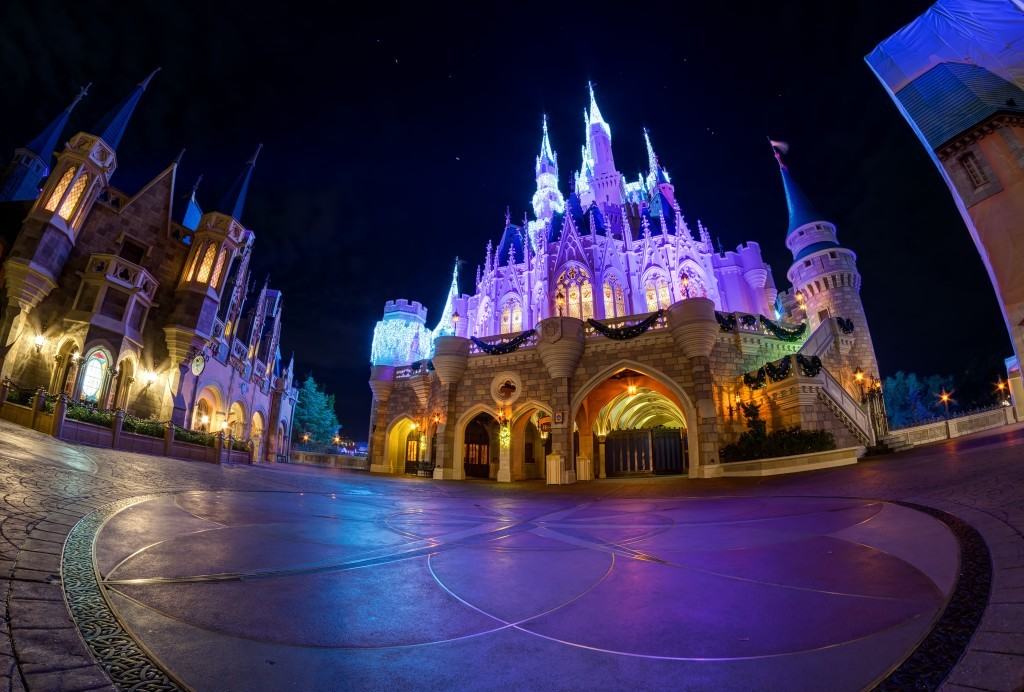 Unfortunately, about half of the of the castle (primarily the backside) now lies bare during the holiday season, as opposed to a couple of years ago, when the entire castle was lit with icicle lights.

What is your favorite angle of Cinderella Castle at Walt Disney World? Let us know in the comments below.