A long time ago, in a galaxy far, far away a saga was born, changing the world of epic, blockbuster movies forever. In 2012 When The Walt Disney Company purchased Lucasfilm Ltd we fans of both Disney and Star Wars rejoiced and then waited….and waited… and we’re still waiting. Star Wars Land has yet to be officially announced, but we know it’s coming. How can it not be? With the massive D23 expo on the very near horizon we fans expect the official announcement to finally take the world by storm. So before the curtain is lifted and we get our chance to feast on the concept art, let’s take a moment to dream. I thought long and hard, looking back on my 25 year history of being a Star Wars fangirl, and consulted other Star Wars and Disney fans on Twitter, to compile a wish list of experiences we would love to see at Star Wars Land. I’m going to do something a little unorthodox and start with our number one wish list item. It’s the wookie in the room that just needs to be addressed and I know we will all be distracted until it gets its mention…

1. Mos Eisley Spaceport and Cantina
Our fascination with setting foot inside Mos Eisley Cantina really needs no explanation. After experiencing the joys of a fully realized Moe’s Tavern at Universal Orlando as well as drinking butterbeer (or regular beer) inside The Leaky Cauldron, it’s time for the drinking hole many of us caught glimpses of as children. But, what if we took that idea and expanded on it. That’s exactly what happened when I asked fans on Twitter for their dream attraction. Let’s take the concept of Harambe Market at Disney’s Animal Kingdom and turn it into Mos Eisley Space Port. Mos Eisley on the planet of Tatooine is a bustling trade port full of businesses and merchants. A Mos Eisley Space Port area akin to Harambe Village could be home to a variety of merchants offering specialty food and beverage, including the Star Wars answer to Butterbeer: Blue Milk. In addition to yummy themed food and drink, visitors can find all the supplies they need to make their way in the Star Wars galaxy. 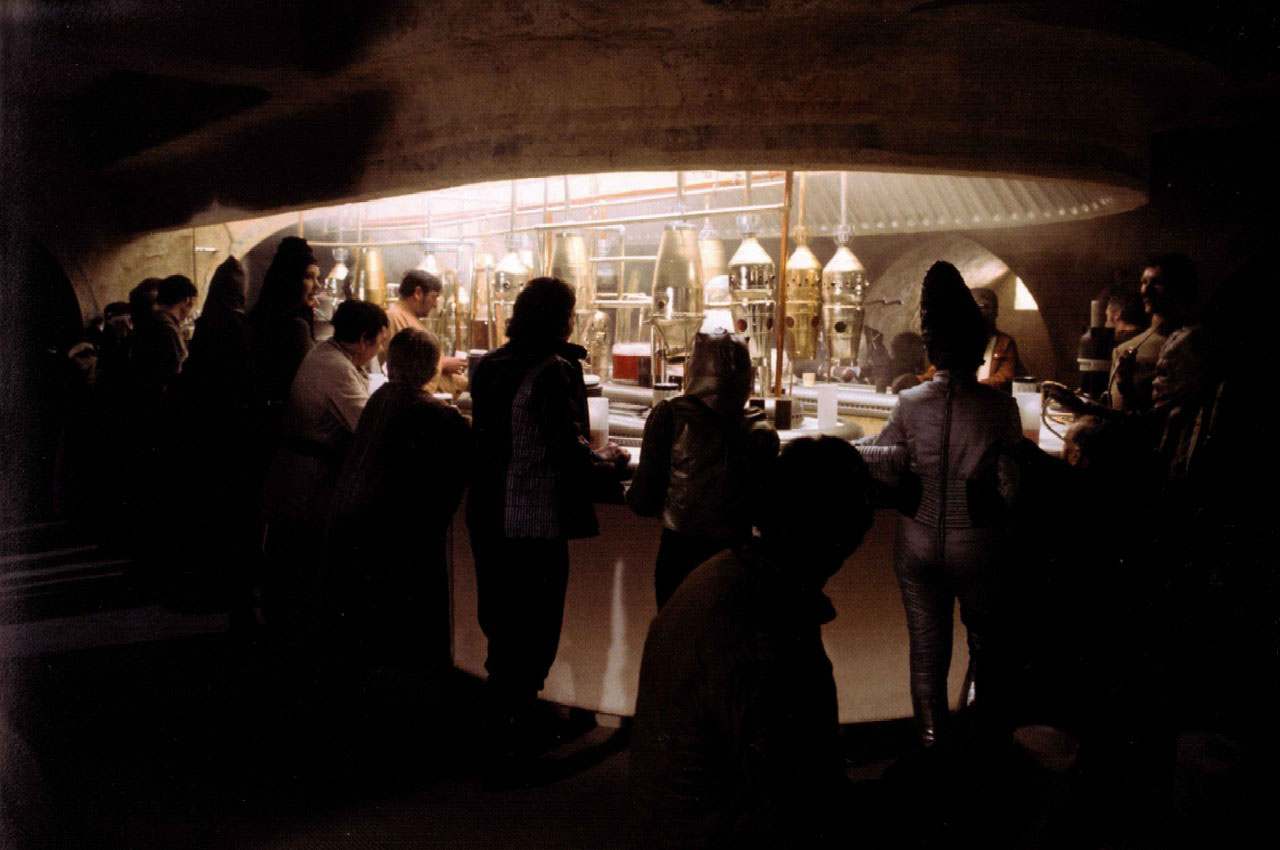 Of course the main event of this area would be the Mos Eisley Cantina. The real life cantina would have a plethora of specialty drinks for both kids and adults. And since we are discussing our dream, wish list we’ve just gotta have the weird, wacky Cantina band performing live throughout the day and night. All in all, the Mos Eisley Cantina would be the place to see and be seen; after all in Mos Eisley you will never find a more wretched hive of scum and villainy. 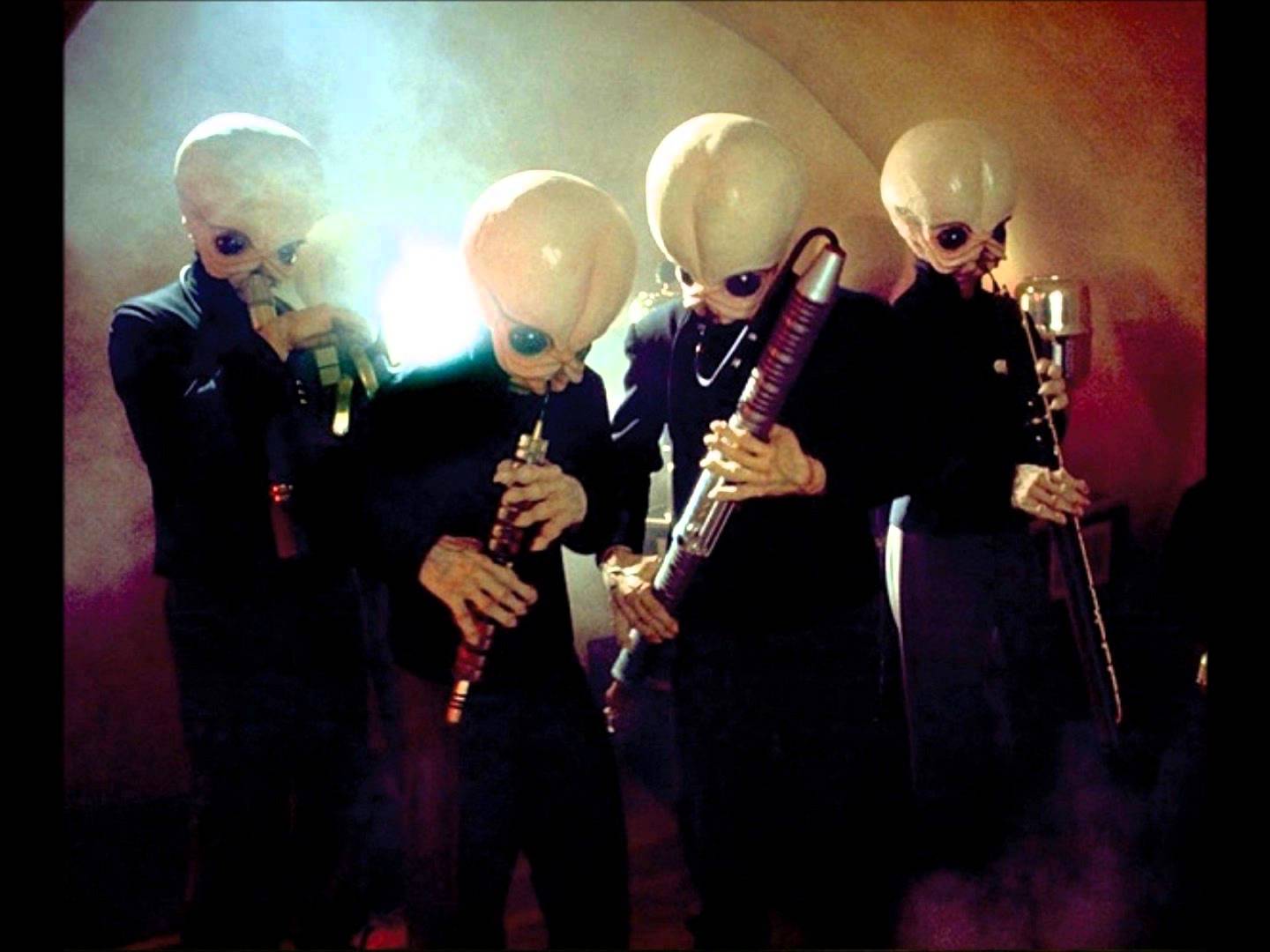 2. Pod Racers
The tactile experiences that everyone wants from the Star Wars galaxy involves lightsabers and flying vessels of some kind. From Tie Fighters to Speeder Bikes and so much more, the amount of flying and hovering vehicles in Star Wars could fill a garage bigger than Donald Trump’s exotic car collection. One such hovering vehicle captured the imaginations of many of us in Episode I. Pod racers! They’re super fast, super zippy, and super dangerous… looks like fun!

A great idea involving pod racers came from Twitter as well. The popular, fun for all ages Radiator Springs Racers over at Disney’s California Adventure a great blend of modern, hi-tech dark ride, and slightly thrilling speed ride finale. Imagine taking the beginning dark ride portion and filling it with animatronics and scenes going through the pit areas as fellow pod racers get ready for the big race. Suddenly your lined up, the Hutt box filled with infamous warlords looking down at you with devious interest. The signal is given and you slam forward the handle bar style controls lurching your pod racer forward in a flash. Your progress through the swift race depends on your skill at the controls. May the Force be with you!

@thisfloridalife bring RSR over and make it podracing 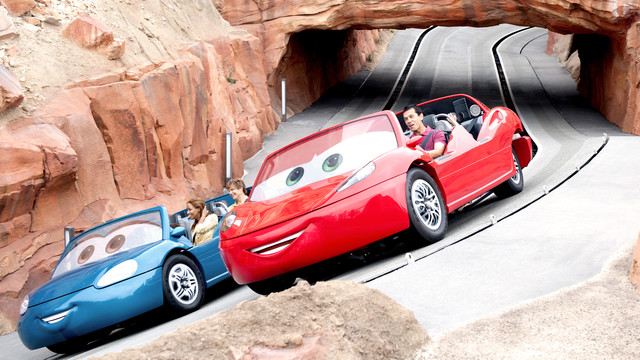 3. Millennium Falcon and X-Wing flight training
Continuing our theme of flying vessels, we fans are dying to pilot everyone’s favorite spacecraft: the Millennium Falcon. Let’s imagine a dream attraction’s story… After betraying Han Solo in Empire Strikes Back, Lando Calrissian decided he wanted to do right by the Rebellion. A flight training experience in Cloud City is now open to train new recruits. With his love of the Falcon hard to resist, Lando had multiple training pods created based on the Millennium Falcon as well as X-wings. Now aspiring rebels can venture to Cloud City to practice piloting two extremely important spacecraft in the Star Wars Galaxy. The queue of the attraction would wind through Bespin’s Cloud City with picturesque windows and winding white hallways. But be sure to keep an eye out for sneaking bounty hunters along the way. 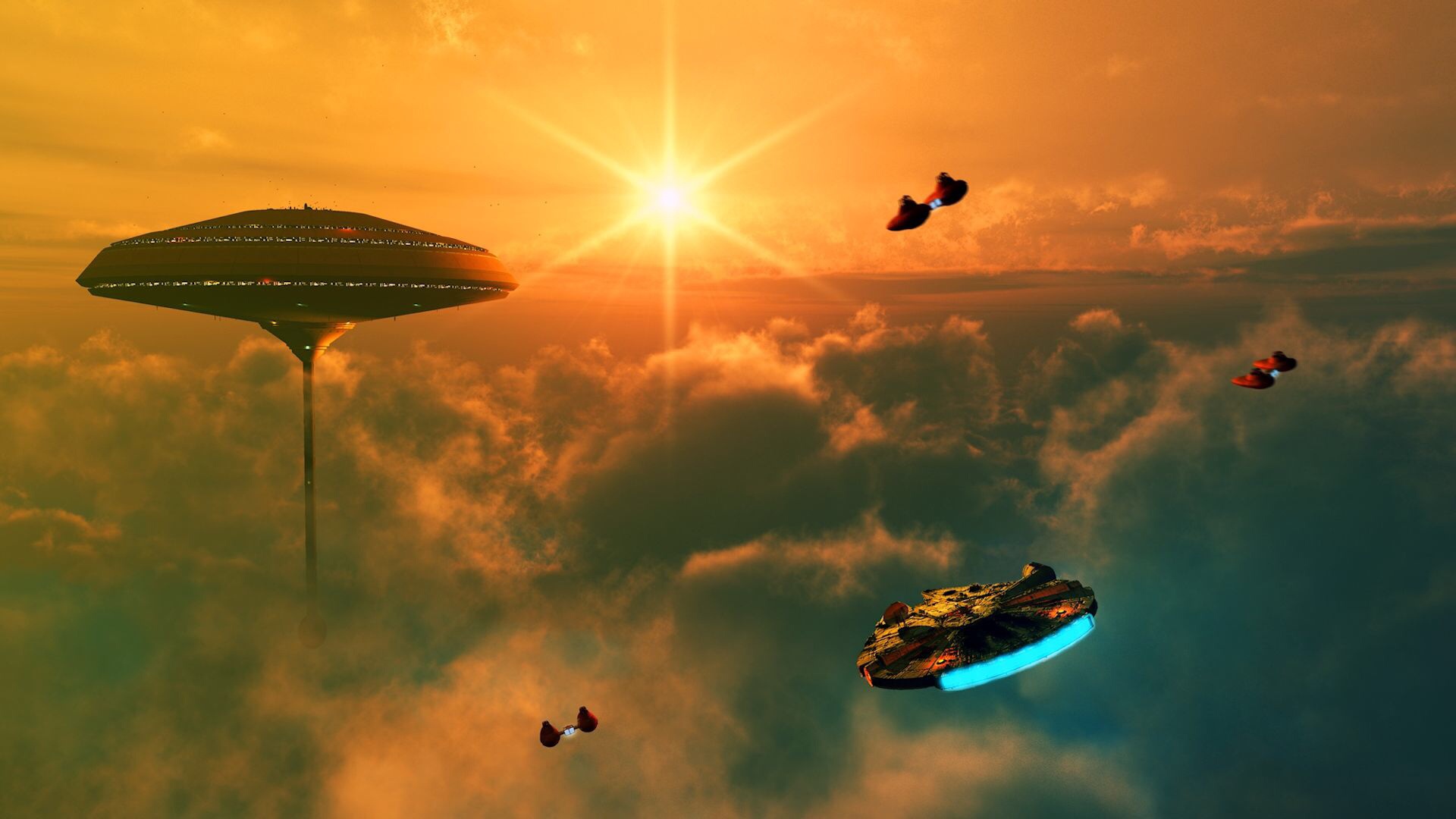 The flight training experience would offer riders a choice of Millennium Falcon or X-wings, consisting of a next level Star Tours type experience but with less seating and more hands on involvement, plus more dimensional sets and animatronics, perhaps incorporating similar tactics found in Harry Potter and the Forbidden Journey attraction at Universal’s Island of Adventure. The Millennium Falcon play area coming to Disney Cruise Line serves as great inspiration too!

@thisfloridalife A mission Space style ride where you get to operate the Millenium Falcon alongside Chewie and Han! 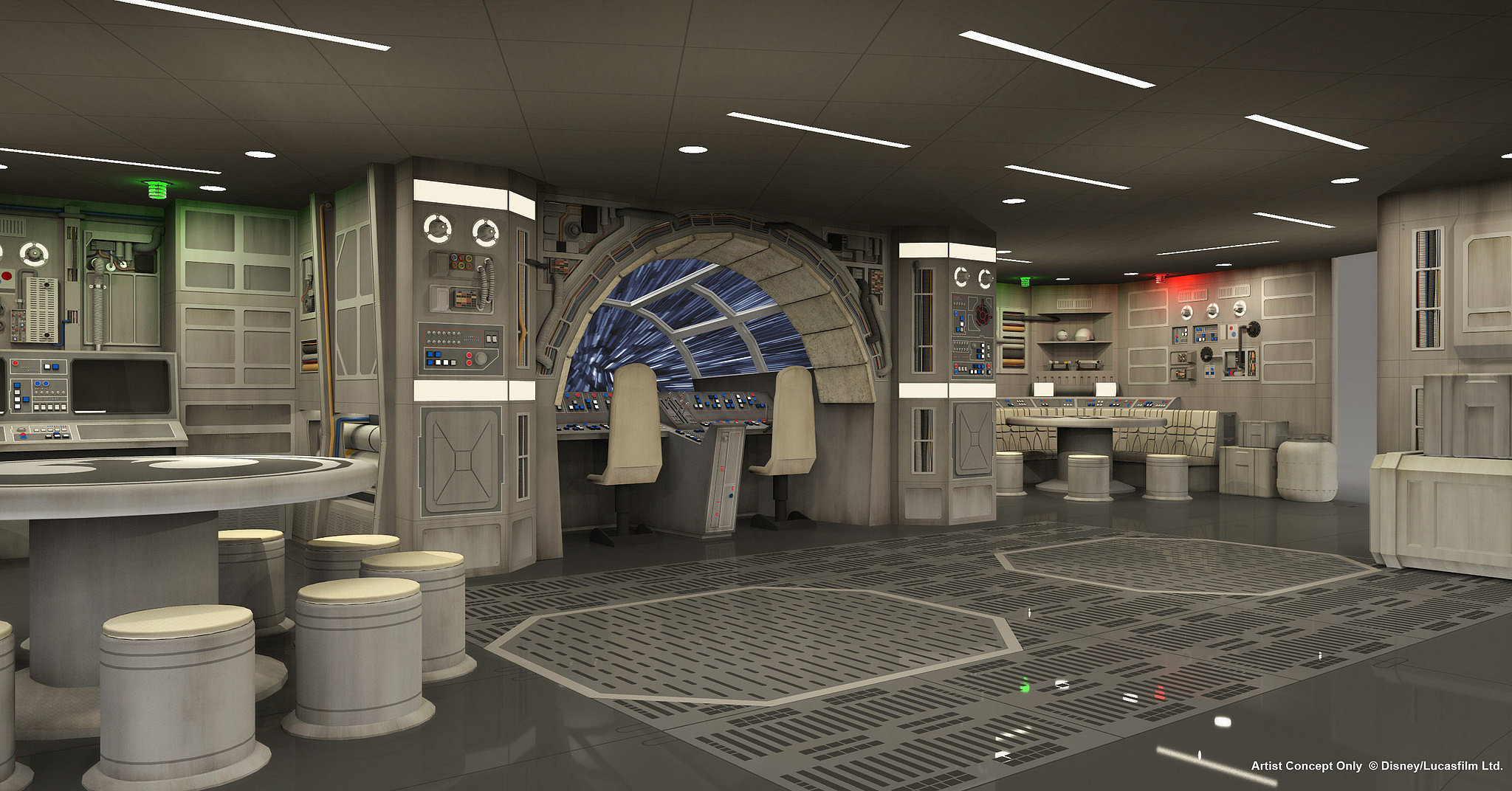 4. Ewok village or Kashyyyk play area
When I was growing up and came upon the original Star Tours queue, when it used to wind through the mini Ewok Village, I felt like I had actually arrived on Endor. And at night the sounds of the Ewoks and their worship of C3PO would echo through the trees. It saddens me that the queue is no longer routed this way. 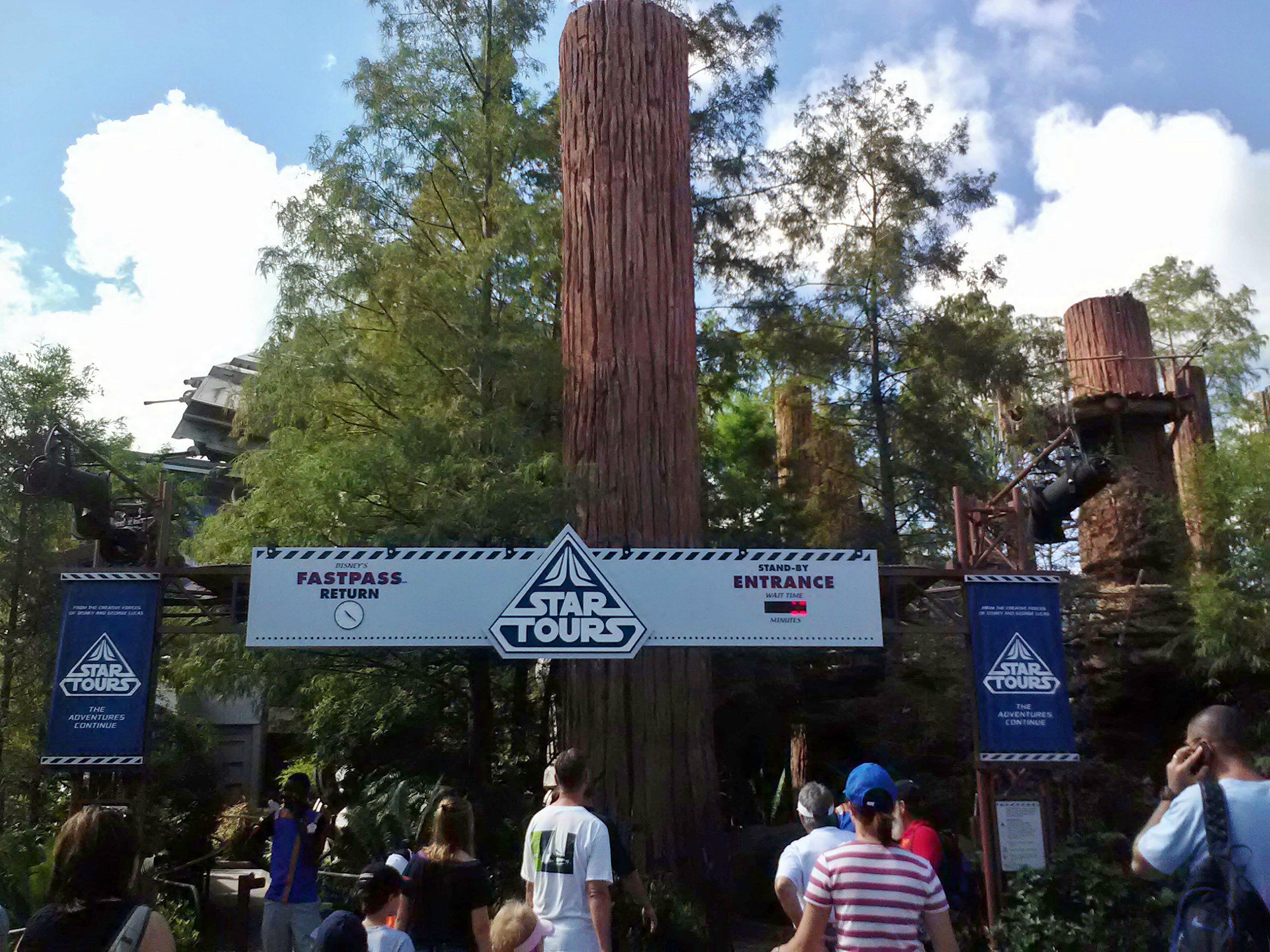 I am cautious and slightly concerned that whatever is in store for the yet-to-be-announced Star Wars Land might be overly thrill ride driven. When I reached out to my fellow fans on Twitter so many responded that they would love to see an Ewok Village or Kashyyyk (home of the Wookies) play area. I envision a multi-level, immersive area full of adventure around each corner much like Camp Jurassic at Islands of Adventure.

5. Jedi Training Academy 2.0 – Jedi Temple
Both Disney’s Hollywood Studios and Disneyland already have the Jedi Training Academy. However, this experience for little padawans could become so much more. Imagine entering the Jedi Temple. Your given a glowing, luminescent lightsaber and eventually lead through multiple phases, three steps in fact, in small groups. You start off getting accustomed to feeling the Force around you. A digital projection similar to a scene in Episode II: Attack of the Clones when Yoda shows a dimensional map of the galaxy the surrounds the entire room. 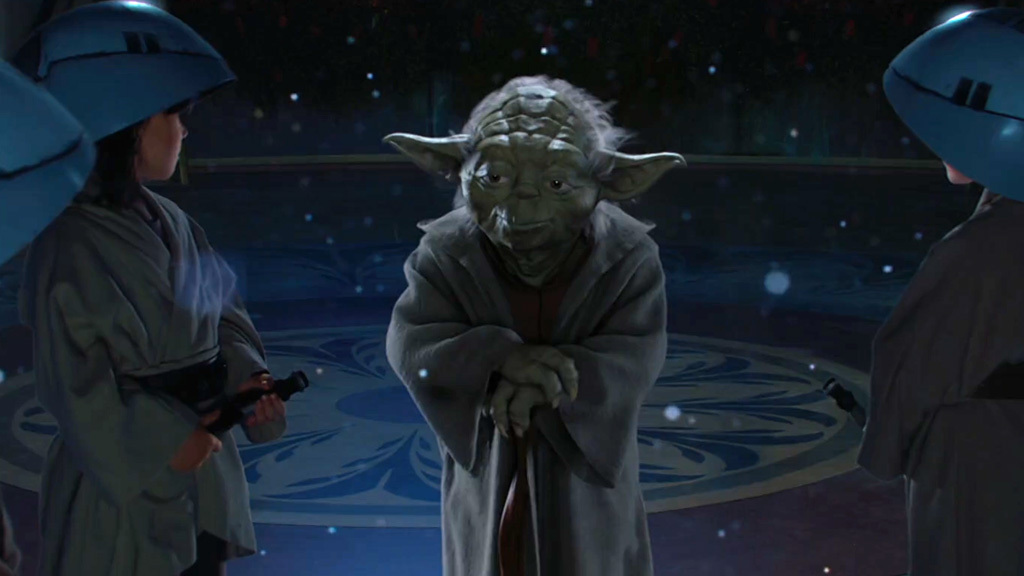 The next room you are given a helmet with the blaster shield lowered. You must use your lightsaber and feel the Force to block and hit targets. The final scene is the greatest test, in which you must use the Force to lift objects, but you feel a disturbance in the Force and suddenly you and your fellow padawans must confront the Sith! This experience would bring to together both trilogies. It would give fans (of all ages) the opportunity to truly live out a dream in a place where dreams come true.

While this entire list is simply composed of the blue-sky fantasies from us Disney and Star Wars fans, we will hopefully soon see how the Star Wars Galaxy will come to life, fulfilling the dreams of many generations. What’s your dream Star Wars attraction? Share it in the comments!

4 ways to stop and smell the raptors