400-foot Stunt Without a Harness

“Never give up,” 36-year-old Nik Wallenda’s tagline, shone through as much as ever as the daredevil took a walk atop The Orlando Eye with no harness on Wednesday.

The Orlando Eye is the tallest observation wheel on North America’s east coast, coming in at 400 feet. Opening this upcoming Monday, May 4, the wheel required over 150 forty-foot trailers to ship all of its components. It weighs 3,000,000 pounds, about the weight of 300 school buses.

Wallenda, who has recently made headlines with his 1,500-foot tightrope walk across the Grand Canyon and blindfolded tightrope walk in Chicago, completed the walk on top of Orlando’s latest attraction flawlessly. This is despite wet conditions on the wheel, the concern of possible inclement weather, and winds reaching speeds of about 15-20 mph. “It was wet. My shoes are soaking wet actually on the bottom,” he said following the stunt.

The wheel spun at 1 mph as Florida Governor Rick Scott, Orange County Mayor Teresa Jacobs, attending media, and many Orlandoans watched Wallenda complete the stunt. In addition to those who saw it in person, the walk was broadcasted live on TODAY. 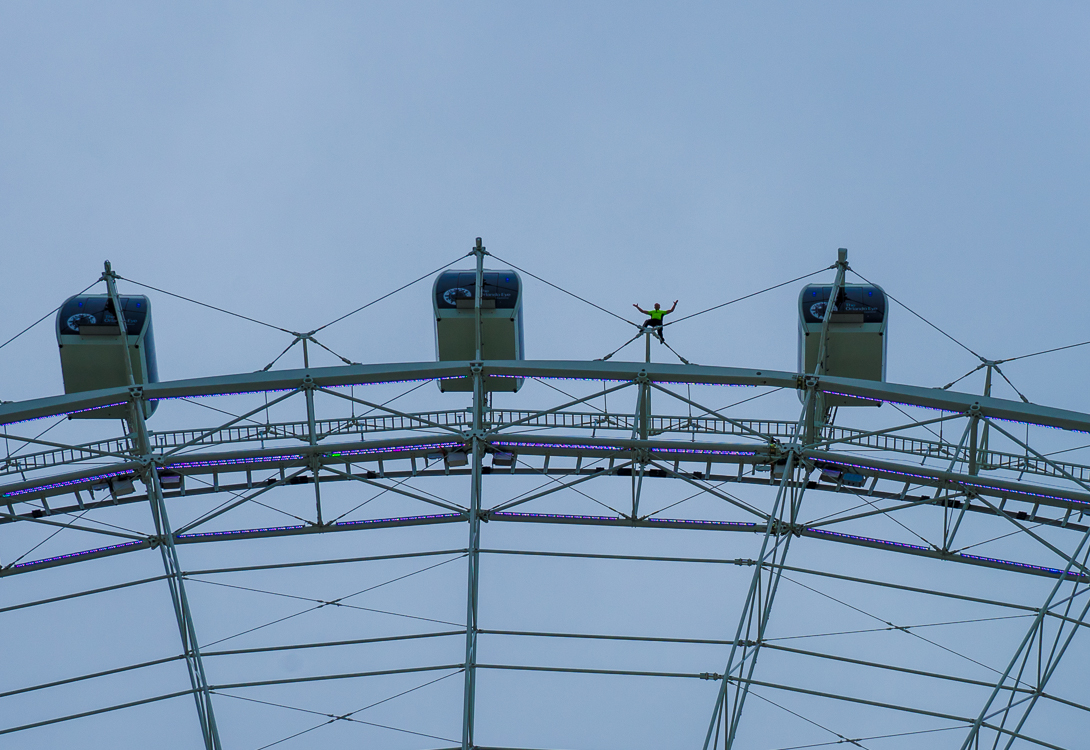 “My whole life is about facing death in the eyes,” he said at a news conference prior to the event. “Do I think of death? Often.”

Check out the highlights from Wednesday’s event below, or view the full gallery here. Stick with Orlando Informer in the upcoming days for comprehensive coverage of The Orlando Eye and everything that I-Drive 360 has to offer. 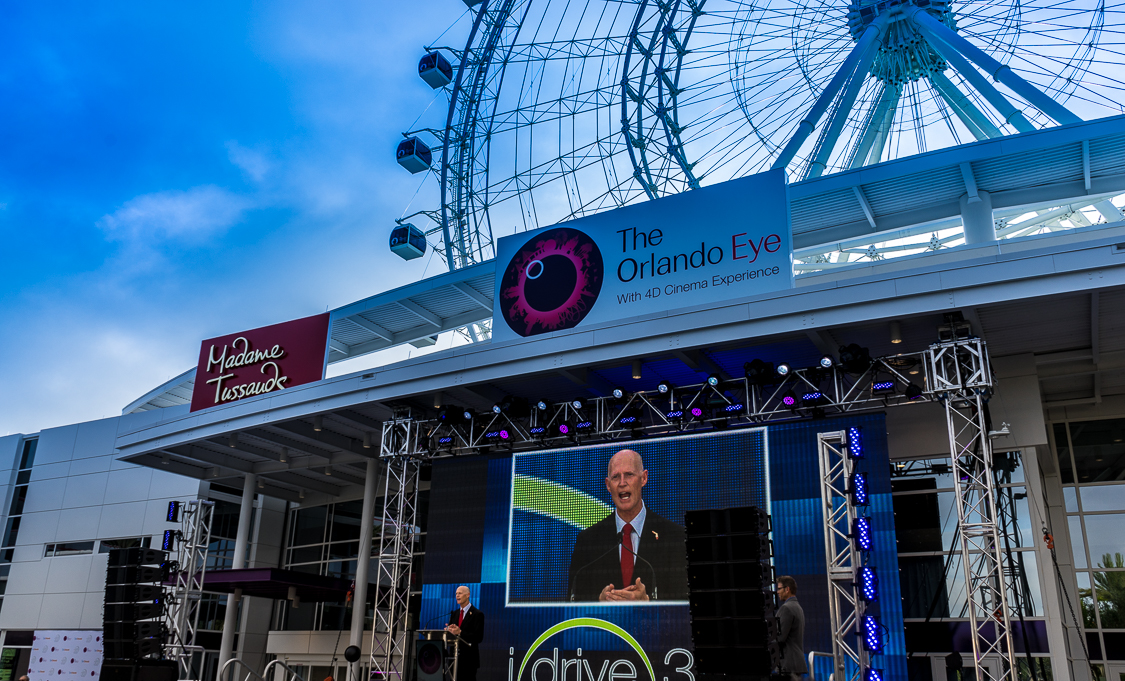 Governor Rick Scott speaks about The Orlando Eye prior to its opening on Monday. 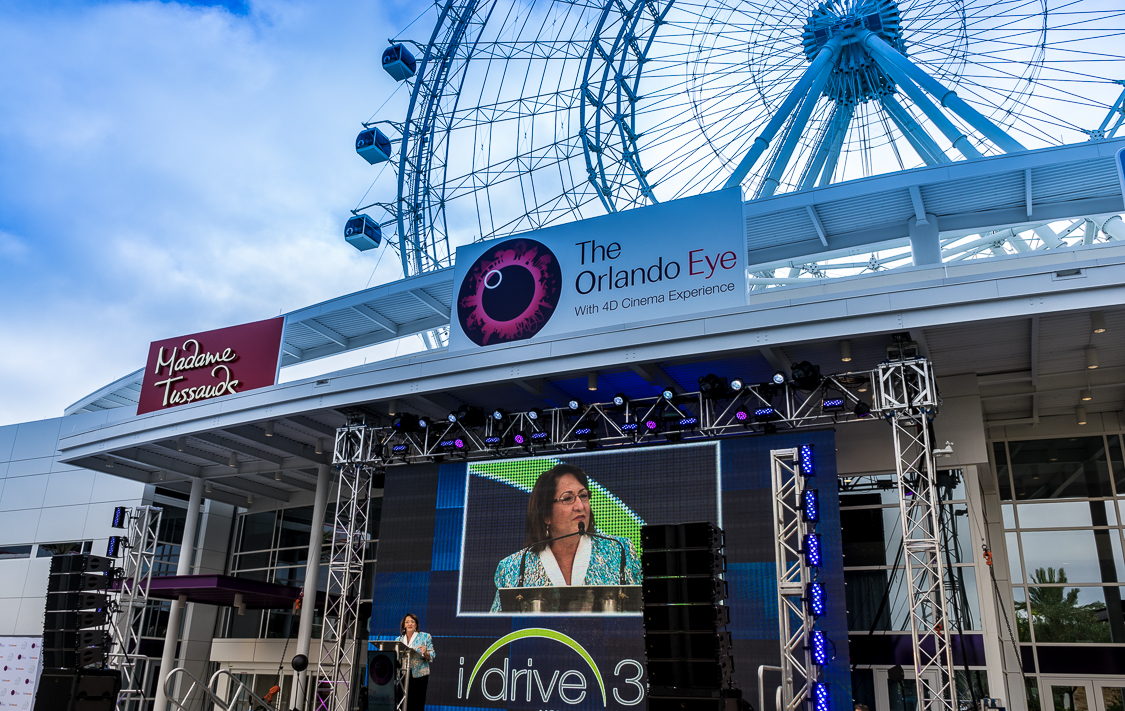 Mayor Teresa Jacobs speaks about The Orlando Eye prior to its opening on Monday. 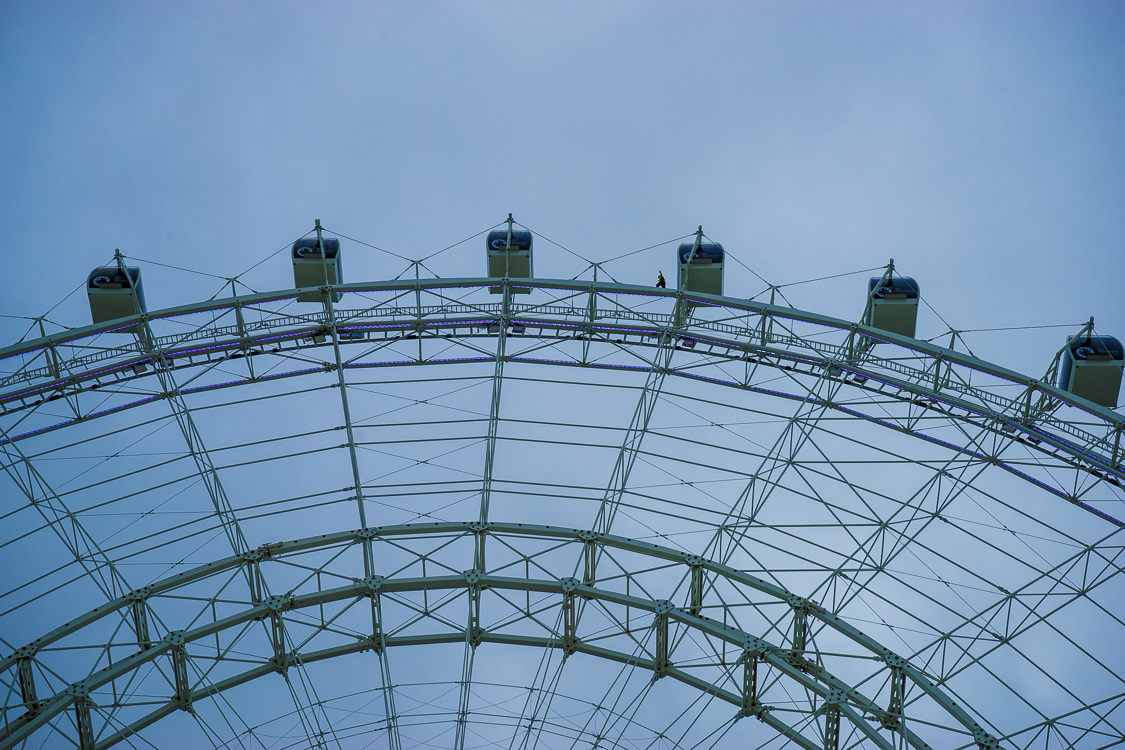 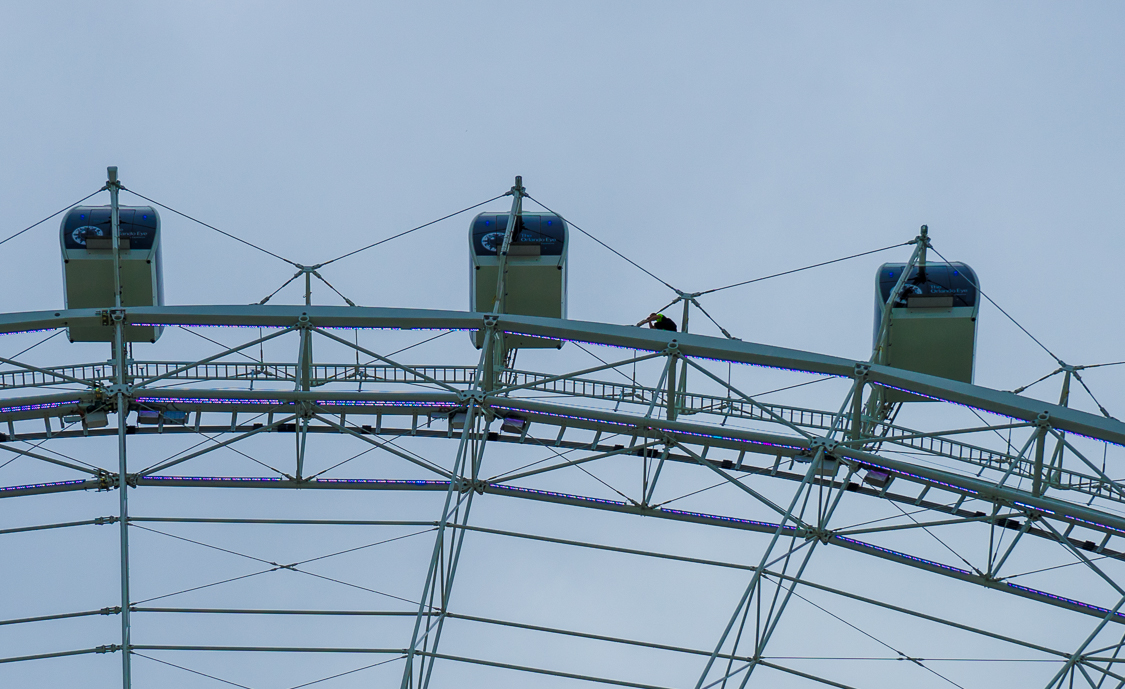 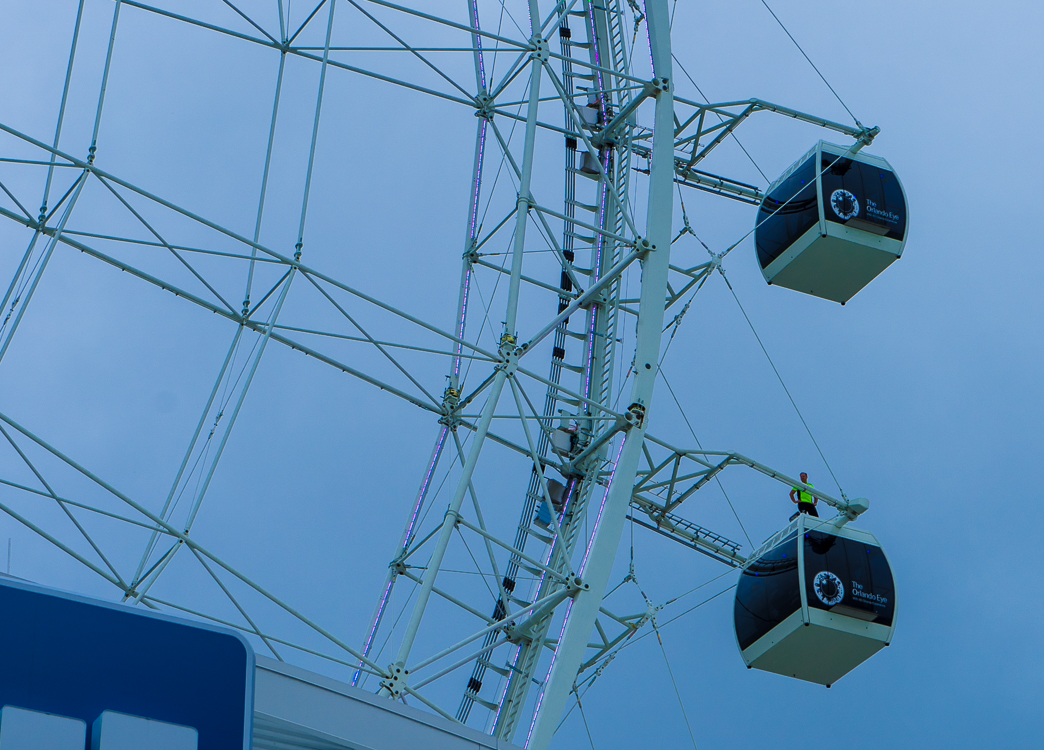 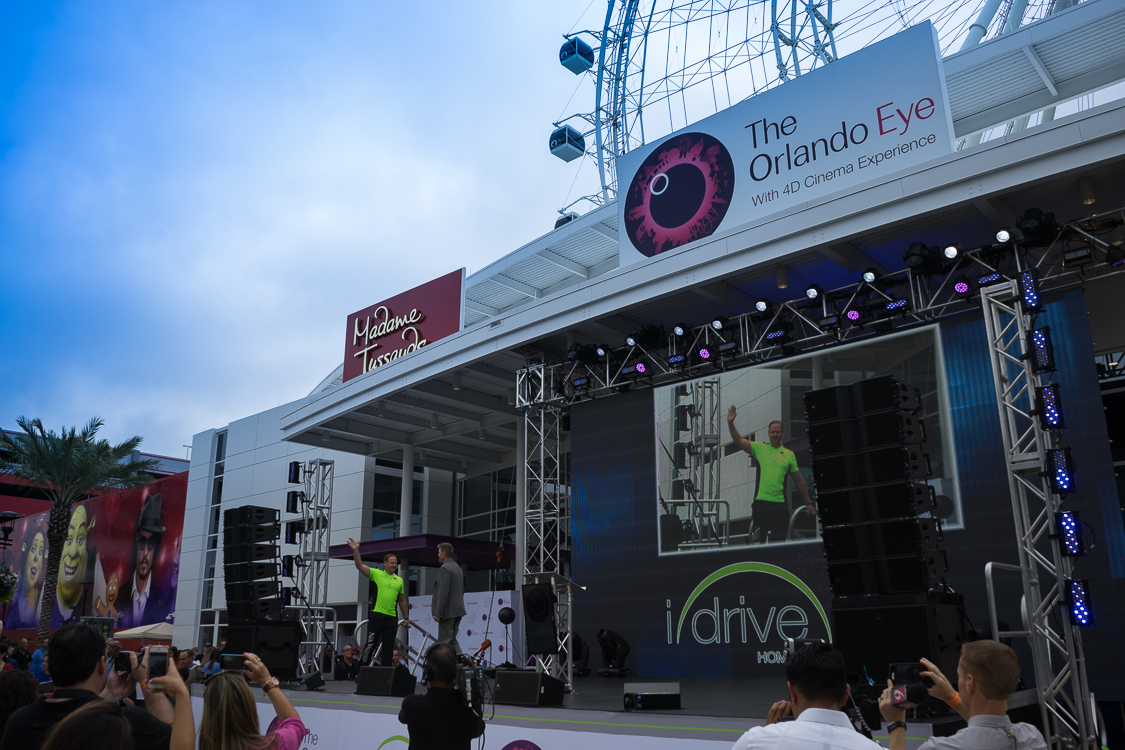 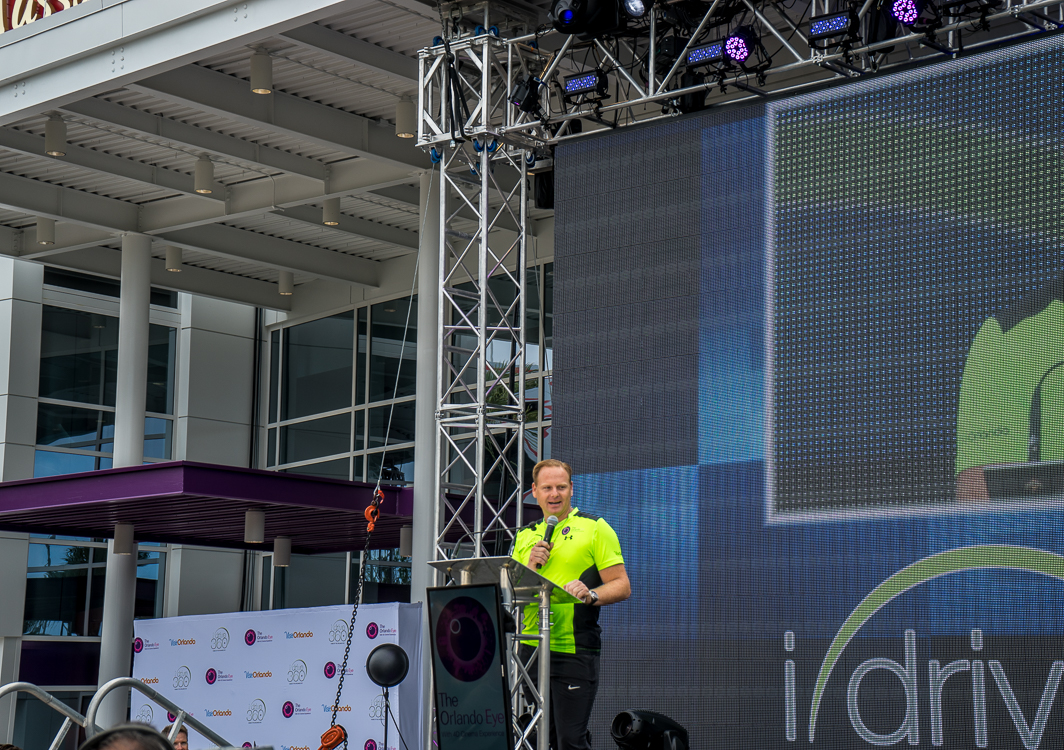 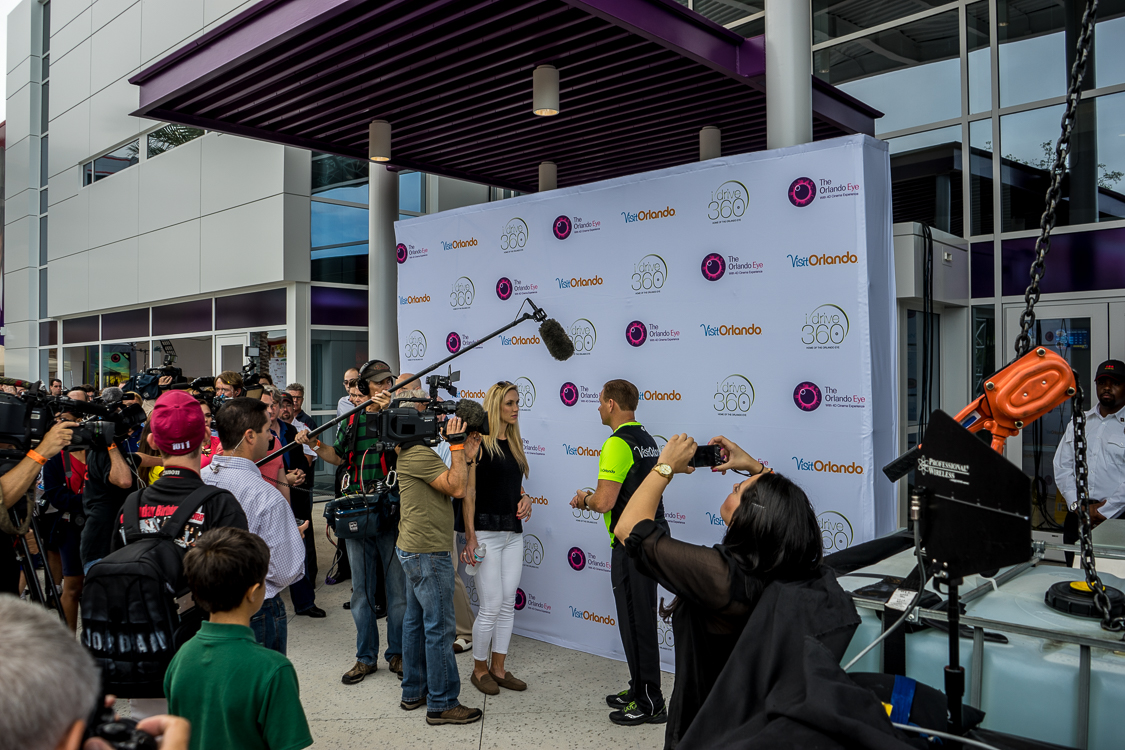 "Nobody has been crazy enough to do this before." #WalkTheWheel pic.twitter.com/BZn3XJD4xa

Explore Port of Entry’s many secrets