4 videogames Universal NEEDS for its next park

You’ve heard the rumors: Universal is maybe, just possibly seeking to make its long-awaited and oft-delayed third theme park based exclusively off of videogame properties. Is it improbable? Yes. But is it still endlessly fun to speculate on? Absolutely. 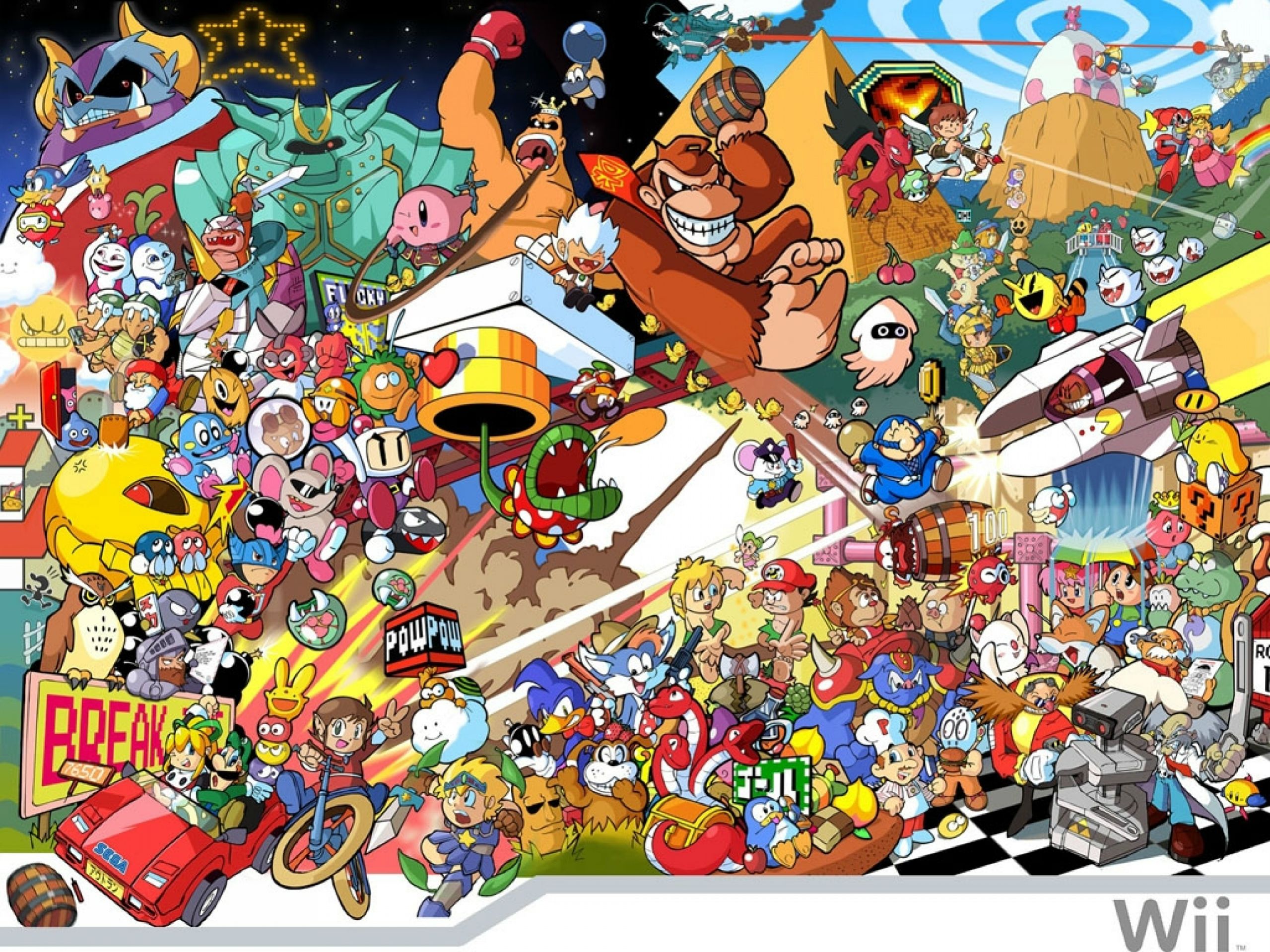 It also, it just so happens, results in a surprisingly compelling themed lineup, one that would actually result in a park that would turn heads, get fanboys’ tongues wagging, and, just maybe, be the envy of the industry.

Don’t believe me? Here are four videogame properties that put the proof in the pudding, possibly knocking Universal Studios Florida down a peg or two and putting Disney’s Hollywood Studios in its place. 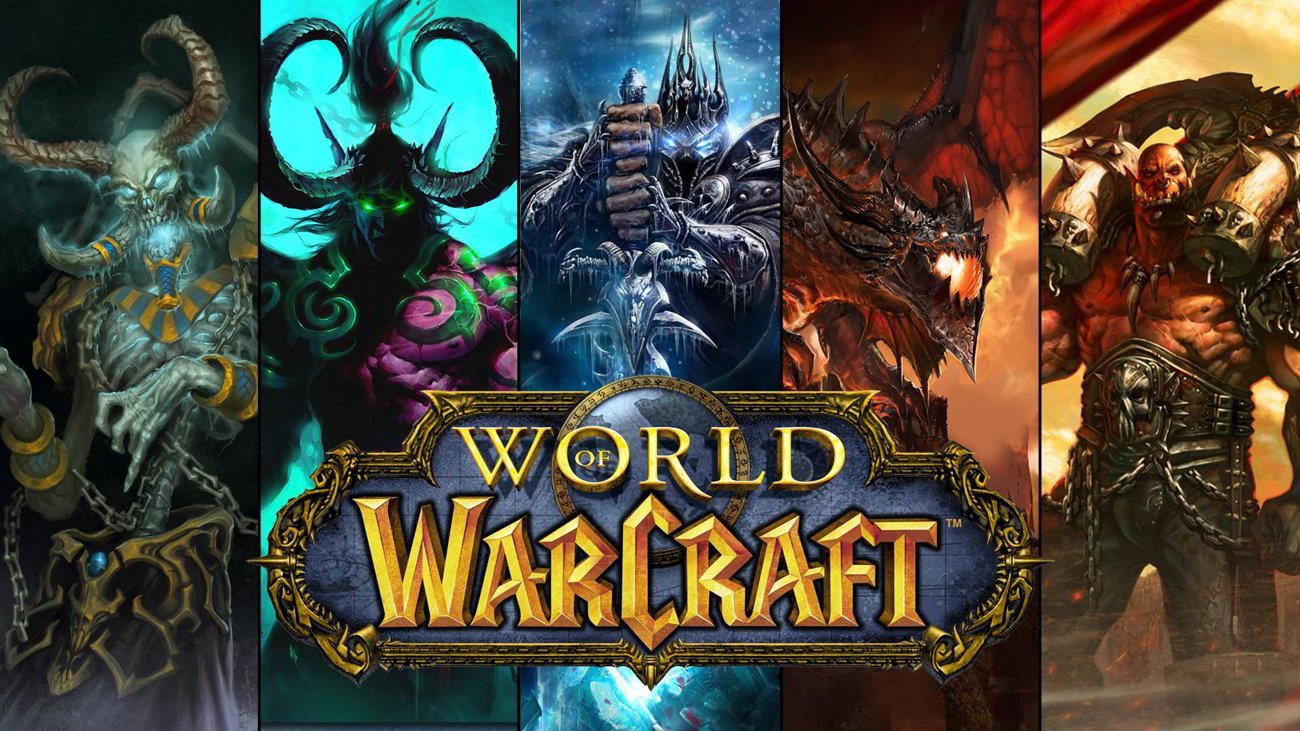 (Just don’t expect to find either Nintendo or Blizzard IPs here; the former is already going into Woody Woodpecker’s KidZone in USF, making its inclusion remote even in this most unlikely of hypothetical scenarios, and the latter has already been rumored to have its place in the imaginary third gate, in the form of the insanely popular World of Warcraft.)

This is, at once, the easiest and most confounding choice.

It is not an exaggeration to say that Final Fantasy is one of the most revolutionary and influential series in all of gaming; beyond establishing many of the concepts, practices, and tropes that still dominate roleplaying games, it is likely the most crowded series in the industry’s history – between the main entries, spinoffs, and remakes, there are easily some three or four dozen titles out there. What’s more, each of the games takes place in its own alternate reality, whether it be more fantasy-, science fiction-, or steam punk-based (which, I suppose, is how it can still keep the “final” in Final Fantasy).

And with a surprisingly wide diversity of different genres out there, including strategy and massively multiplayer online roleplaying (not unlike World of Warcraft), the sky is almost literally the limit for what themed experiences could be rolled out in a park. Restaurants? Roller coasters? Parades? Dark rides? Meet-‘n-greets? With the diversity and scope of its characters, creatures, and locations, FF could, without question, furnish its own series of theme parks, let alone one tiny section of one single park. 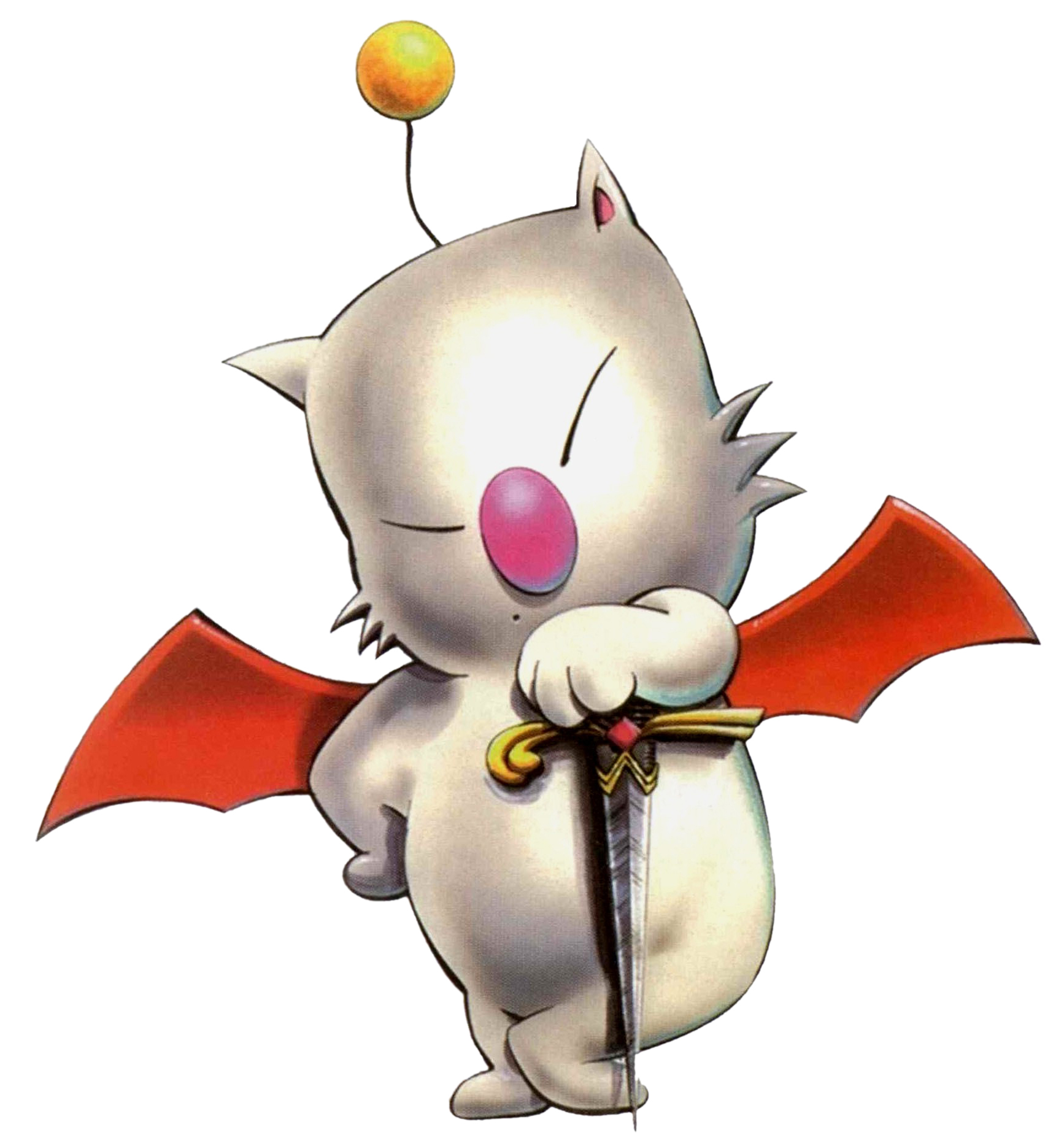 As long as there are the obligatory Muggles and airships, we’d be happy with any or all of those options.

Uncharted may be the new kid on the block (at least, compared to all the other venerable franchises that reside on this list), but it’s easily one of the best out there, and it’s already grown to become something of a multimedia empire: since 2007, five entries have been released for various Sony PlayStation systems, with a sixth set to debut early next year for the PS4 – and that’s not to mention the novel, comic book miniseries, board game, and, oh, the film adaptation, which has been mired in development hell but will more than likely see the light of day, sooner rather than later (the current release date is June 30, 2017, in case you’re curious). 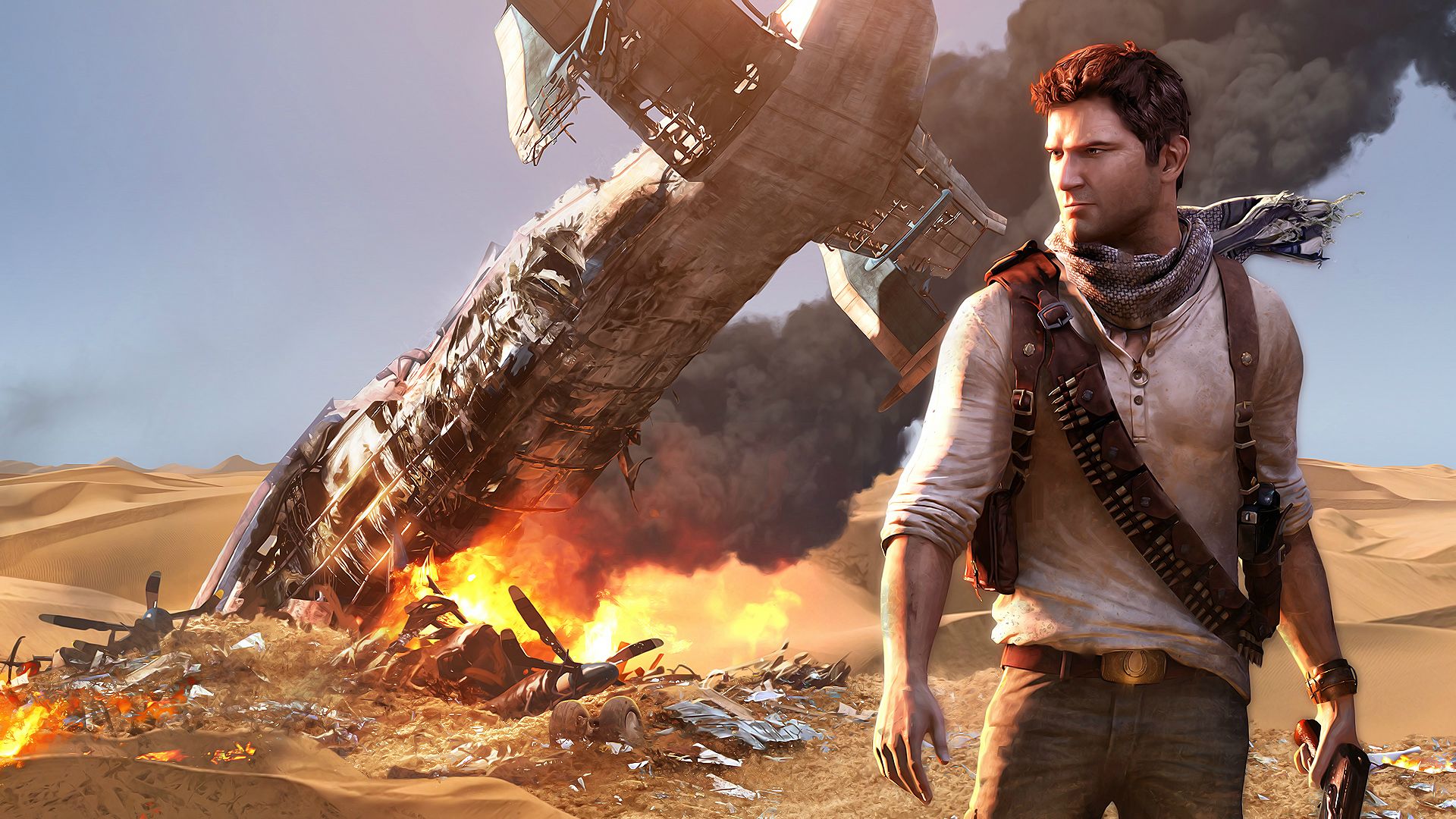 And all of which doesn’t even address what makes the franchise so insanely popular and highly acclaimed in the first place. Imagine a modern-day Indiana Jones, traveling around the world to collect long-lost treasure, ranging from the depths of the Amazon to chateaus in France and castles in Syria. Instead of fighting Nazis, however, Nathan Drake – the supposed descendant of the legendary explorer Sir Francis Drake – has to fend off a seemingly never-ending series of pirates and mercenaries, leaving a significantly bigger stream of bodies in his wake than old Dr. Henry Jones, Jr. ever could dream of.

The icing on the cake? Not only would it be as if Universal were swiping Indy right out from under Disney’s nose, it would result in something infinitely more compelling than a simple themed bar.

There are few IPs in our popular culture that have left as indelible an impression as Microsoft’s Halo series of first-person shooters (and real-time strategy games, which are chronically, tragically overlooked); legendary comic book writer Brian Michael Bendis (a fellow Clevelander!) has famously compared the series to Star Wars in its appeal and lasting impact – no small compliment. 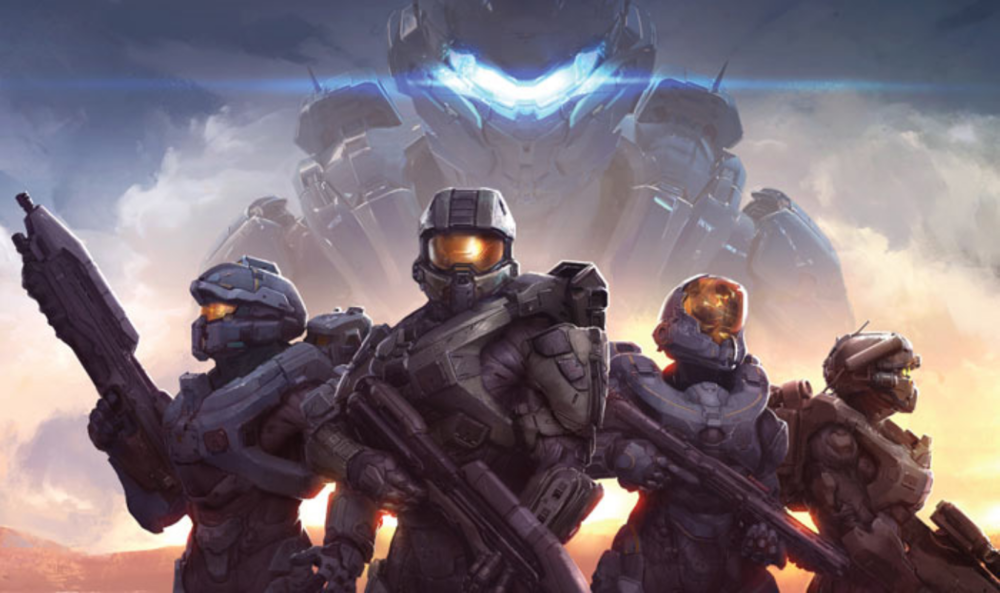 And it’s easy to see why. In the 26th century, humanity is in perpetual war with the alien collective known as the Covenant, which is hellbent on wiping out those pesky humans due to religious reasons. In the middle of the conflict, an ancient, all-consuming parasitical species called the Flood is released, threatening to nullify all sentient life across the entire galaxy. Think of the whole thing as James Cameron’s Aliens meets something out of The X-Files – war and spookiness, action-adventure and survival horror. The possibilities in a theme park setting are essentially endless, as the experience can practically go in any direction, both figuratively and literally.

The franchise’s multimedia reach, as it turns out, is just as endless. A full list of Halo releases makes the Uncharted expanded universe look positively anemic by comparison: 11 videogames (and counting!), 17 novels/novellas, eight comic book titles (either one-shots or miniseries), a direct-to-video anime collection, several webseries, and countless numbers of toys, action figures, board games, and, even, Mega Blocks playsets. Still not impressed? Halo has already been around for 14 years, and Microsoft just recently made plain its aims to have it stay for at least another 30.

Bring on the SPARTAN supersoldiers.

Amidst all the shooting, violence, and hyper-realistic settings, there needs to be something a little on the lighter side, something not only designed for the entire family to enjoy, but also to let the adults’ batteries get recharged before their next deployment on the virtual battlefield. 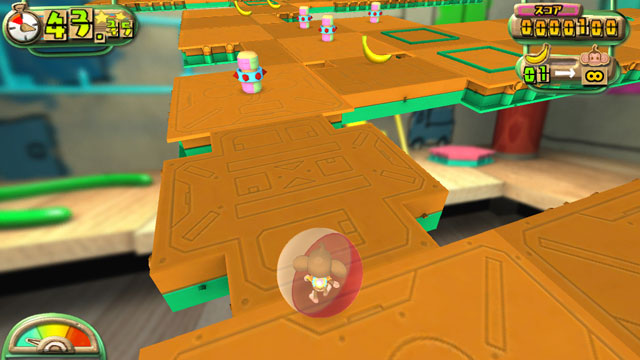 But this isn’t the only reason why Super Monkey Ball is on this list – it just so happens to be a richly imagined, infinitely engrossing, and all-around fun experience. It’s also one of the most well-rounded titles out there, providing a challenging, strategy-based single-player game (think Marble Madness, but with cartoony monkeys in balls instead of boring old marbles) and literally one of the best multiplayer experiences.

It’s here where the whacky nirvana of the game takes hold. Monkey Bowling (including gyrating, pulsating lanes), Monkey Target (hang-gliding out to a series of waterborne targets), Monkey Race (replete with Mario Kart-esque weapons), Monkey Fight (giant boxing gloves on floating islands!), and, arguably the best of them all, Monkey Golf (it needs to be seen to be believed – really) are the highlights of the breadth and depth of the offerings, but there are several other game types, as well. The out-of-this-world level design, bright color palette, and so-cheesy-it’s-great music all practically beg for a real-world representation. (As noted on the Orlando Informer Podcast, I’ve long vowed to design and construct Monkey Ball Land, should fate ever be dumb enough to make me a multi-millionaire.)

With roughly a dozen entries in the Monkey Ball series – some fashioned exclusively for the motion controls of either the Nintendo Wii or smart phones/tablets – there’s actually plenty more for gamers of all stripes, which means it has a built-in versatility that puts every other theme park entry to shame… yes, even Harry Potter (sorry, kids).

This is one possibility that every guest of every age should be hankering for the most. Seriously.

Still not sold on using videogames as the basis of the next park? Think we missed a major franchise? Sound off in the comments below.

In the meantime, read even more about what the future (possibly) has in store for Universal with The Wizarding World of Harry Potter – Ministry of Magic.