4 Things You Need to Know about F&F: Supercharged

Fast & Furious: Supercharged was announced just two months ago (you can see all of August’s many major announcements here), but already there’s a fair bit of information leaking about what the new ride may or may not entail once it arrives in Universal Studios Florida’s San Francisco section. 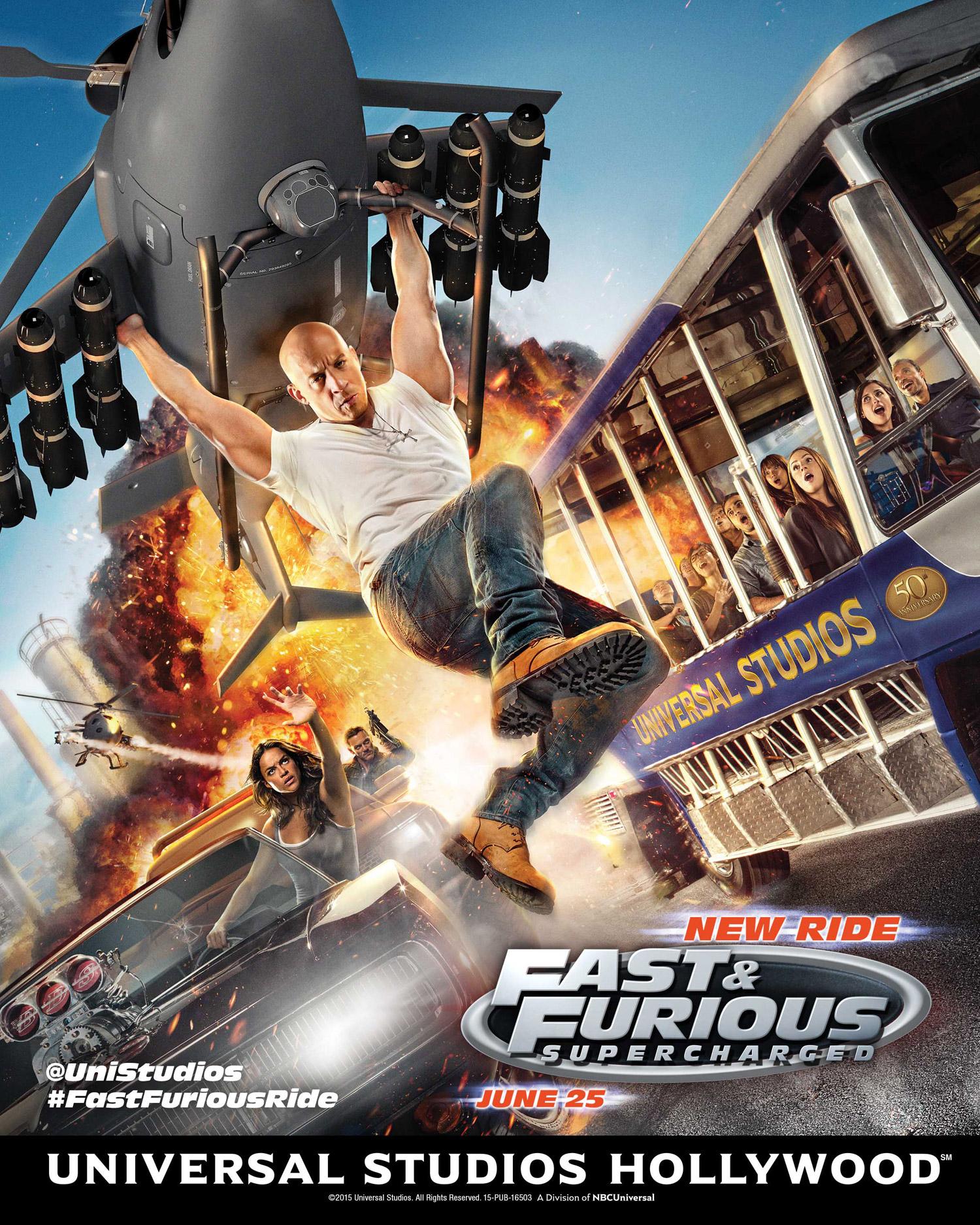 A lot of this rumored intel points to the Floridian version having a lot to do with its predecessor/progenitor over in Universal Studios Hollywood, which debuted as the Studio Tour’s new grand finale three-and-a-half months ago. (Not familiar with the Studio Tour? That’s the iconic tram ride all through the backlot, including several themed stops.) Needless to say, this has caused many a Universal aficionado to become worried, at the least, and outright hostile, at the most.

Why? Here are the four big reasons.

To understand why Universal Orlando possibly receiving a port might be alarming, we need to first take a quick ride on the original version of Supercharged.

Throughout a good portion of the Studio Tour, little narrative breadcrumbs are sporadically dropped – guests spot Dominic Toretto’s (Vin Diesel) 1970 Dodge Charger, security is called, and Luke Hobbs (Dwayne Johnson) commandeers the tram, telling the tour guide to head to the Fast family’s secret garage to hide out; it turns out that Owen Shaw (Luke Evans), criminal mastermind extraordinaire, has located a government witness on the tram and will stop at nothing to take him out.

The garage, of course, doubles as Supercharged’s queue, where one tram can wait and admire the supped-up vehicles there while the previous trams can cycle through the attraction. Here, Dom and Hobbs are joined by Letty Ortiz (Michelle Rodriguez) and Roman Pearce (Tyrese Gibson), all in holographic form. They’re throwing an after-race-day party… which quickly gets raided by the FBI, who herds the scantily-clad dancing girls out and attempts to arrest the outlaw racers.

That doesn’t matter, though, as Shaw manages to trace the witness to the family’s crib – good job, Roman, using your cell phone! – and everyone is forced to race out and through the Los Angeles highways to escape death and destruction.

This is the actual ride portion of the attraction, where guests don their 3D glasses and the windows double as projections along the lines of the Hogwarts Express or (more appropriately) USH’s own King Kong: 360 3D. Speeds of up to 120 miles per hour are simulated thanks to the combination of the video, the hydraulic rocking of the tram, and a few interactive effects, such as smoke and water. The action unfolds on all sides – cars flip, machine guns fire, buildings explode, Dom grabs on to the bottom of a helicopter and flies away, and a missile narrowly misses the tram.

The climax has the tram activate its nos, launching it across a river and delivering everyone to safety.

All of that may sound like a wonderfully, appropriately cheesy rendition of the Fast & Furious film franchise, but it turns out there’s actually quite a bit that’s been keeping the attraction’s ratings quite low and its reception muted; a quick look at Yelp, where Supercharged has only 2.5 out of five stars, is a quick testament to that. 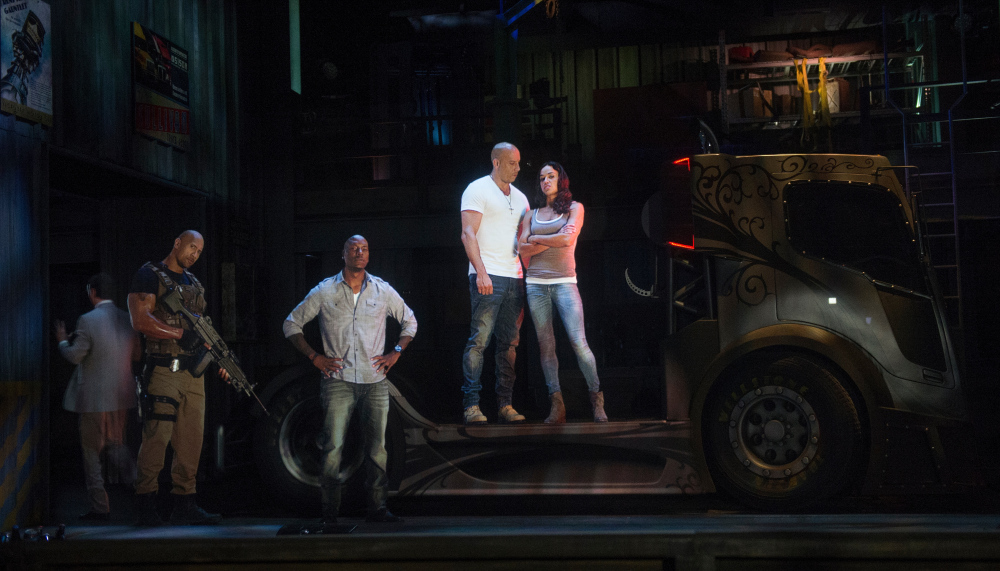 So what are the major points of contention? Let’s tackle them in short order:

It’s easy to see how these points eat away at Supercharged’s foundation, leaving behind a mixed bag, at best.

Thanks to a patent being filed with the South Florida Water Management District last month, we now have some basic information to work with in compiling a profile of what Orlando’s version of Fast & Furious will look like.

Most excitingly, we now have an exact dimension for the new show building’s footprint: 2.82 acres, which is almost exactly the space that both Disaster (which is now closed) and Beetlejuice’s Graveyard Revue (closing within the next two months) currently reside on. Just for the sake of comparison, that’s at least one acre larger in size than most of Universal Studios Florida’s major attractions, including Revenge of the Mummy and Harry Potter and the Escape from Gringotts. 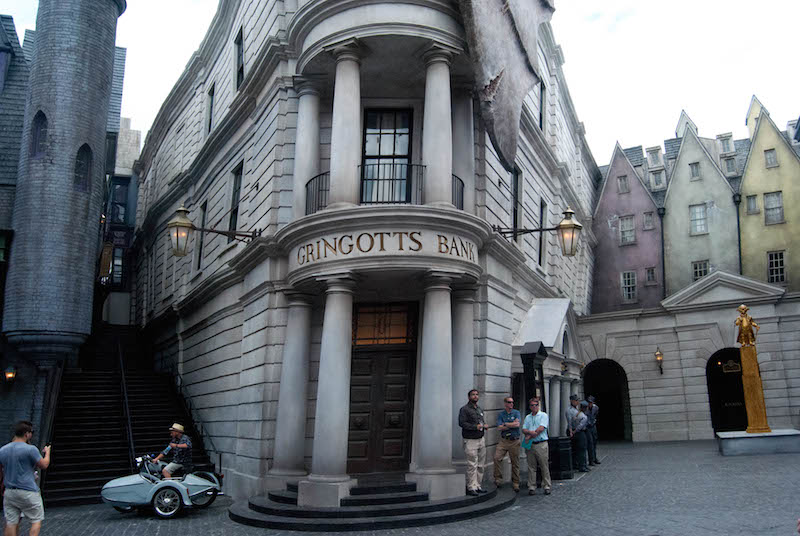 Bigger than this…? Oh, boy.

And in terms of the show building itself, it looks to be approximately 85,000 square feet, which means it’ll fit snugly in the current line of San Fran facades that line the area. (Sorry, all those people hoping for a general facelift for this older, mostly-untouched area of the park.)

Now we get to the good stuff – well, maybe.

Word going around on many themed enthusiast sites, such as Orlando United, is that the attraction will be, for all intents and purposes, a clone of the USH version – meaning a short, 3D, screen-based experience that simulates speed instead of actually delivering it, such as Epcot’s Test Track or California Adventure’s Radiator Springs Racers. The idea here is that the actors were already filmed for their parts – both the hologram pre-show and ride footage sections – and that reconvening them, along with converting brand-new footage to 3D, wouldn’t be worth the extra expense. (There’s also the supposition that Universal filmed everything with the foreknowledge that it would be using it for all subsequent versions of the ride all across the world.)

If this is true, then why build such a large building to house it in? The answer is potentially easy: multiple theaters will have to be built in order to accommodate huge crowds – much like Diagon Alley’s Ollivander’s Wand Shop or, even, Shrek 4D – and each theater takes up a lot of room. When added with the cavernous queue (or is that post-show?) area(s) seen in the concept art, that’s a huge space requirement.

In Universal’s press release announcing the East Coast version, it makes reference to “specially-designed vehicles” that passengers will board. Should the “cut-and-paste with enhancements” hypothesis prove correct, then these ride vehicles will be similar to Hollywood’s tram, encasing guests with the large 3D “windows” while still making it look like a cool, supercharged F&F car.

What else can we gleam from the rumor mill at this incredibly early stage? Other users at Orlando United have chimed in with the belief that the upcoming Skull Island: Reign of Kong ride vehicles will be repurposed for Supercharged, that its queue will be the largest in the resort (and, possibly, all of Orlando), and that new scenes will be “added to bridge the preshow to the main theater and main theater to [the] unload [section].” If true, the core experience of the attraction – the 3D race down nondescript Californian streets with craziness unfolding all around you – could still only be a minute-and-a-half long. 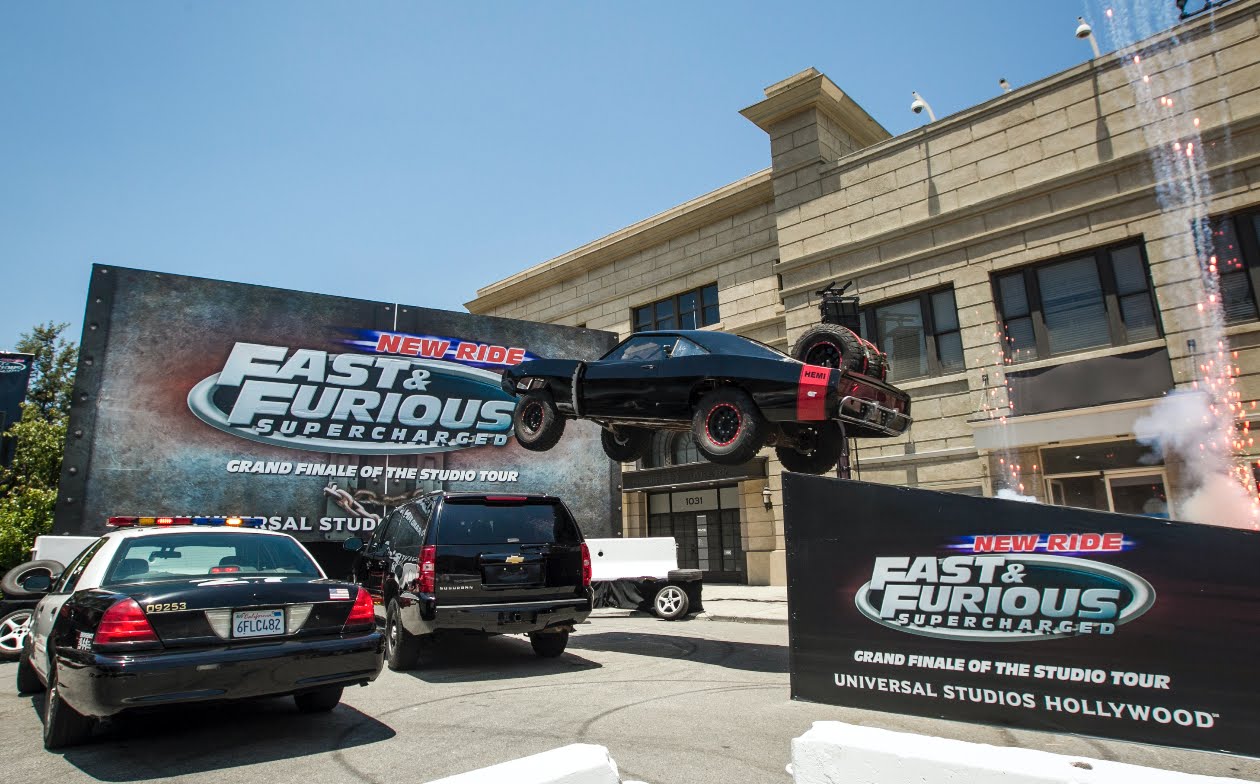 We’ll just have to wait and see when Fast & Furious: Supercharged opens at Universal Studios Florida in the summer of 2017.

What do you think? Will Fast & Furious be dead on arrival at Orlando? Let us know in the comments below.