Whenever a Disney theme park hits a milestone birthday, you better believe there’s a shindig, and you better believe it includes singing, dancing, confetti (if not fireworks), and, but of course, exclusive, “limited-edition” merchandise that ranges from t-shirts to tchotchkes.

Perhaps the perfect – and certainly the most recent – example of this is Disneyland’s 60th anniversary, which will occur on July 17, 2015. Disney actually started celebrating its Diamond Anniversary on the park’s 59th birthday this past summer, ushering invited guests to a special reception and regaling them with an exclusive cookie, faux-diamond keepsake, and a limited edition FastPass book. 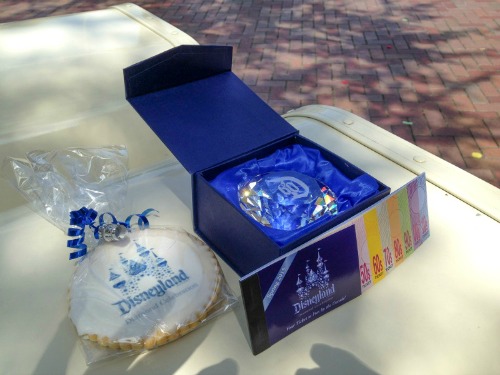 Image © Inside the Magic

And if kicking off the party a year early seems a tad much, it’s nothing compared to the fact that the Diamond Celebration itself will probably last for some two years.

Universal, meanwhile, takes the opposite tack and – well, barely acknowledges the occasion at all. July 15, 2014 marked Universal Studios Hollywood’s 50th anniversary, but guests that day (let alone those throughout the previous year) could hardly be blamed for not being aware of the event, as there were no birthday galas, no specially-whipped-up cupcakes, and not even any signs (well, save for one tucked-away corner that documents the history of Universal as a company).

This makes June 7, 2015, the 25th anniversary of Universal Studios Florida – a rather special occasion, given that the location is the first to have been designed from the ground up as a theme park for Universal Parks and Resorts – a somewhat muted date. Is it a milestone? Yes. Has USF come an incredibly long way in its quarter-century existence? Absolutely – it went from having rides that barely worked to being the basis of an entire resort to, now, having some of the most engaging theming experimentation the whole world over (The Wizarding World of Harry Potter – Diagon Alley, anyone?).

But will Universal do anything to mark the milestone and revel in its progress? The answer is almost certainly a no, but there have been some hints over the course of the past year that just may indicate that the company will do a little something throughout 2015. Let’s take a look at what that just may be, and, given these parameters, what should be done.

What we know so far
The rumor mill has been churning about just what, if any, festivities might greet guests for USF’s celebratory year. Although only small and fleeting mentions – in fact, most of them haven’t even been heard from again for quite some time – these whispers point to three small but distinct possibilities: 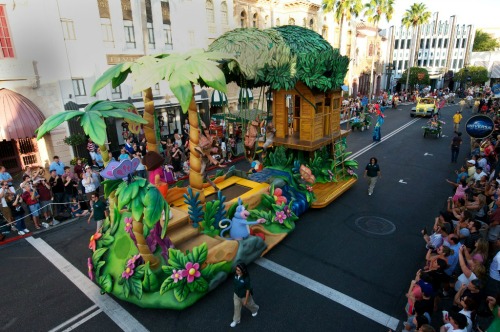 It’s not much – and, in fact, it really isn’t even as much as Disney does for its going-away parties for its doomed attractions (which can feature meet-‘n-greets with Imagineers) – but it is considerably more than what poor old Universal Studios Hollywood received last year or what Universal Studios Florida itself has ever before seen in its two-and-a-half decades.

What we should see

It’s easy to lob demands at Universal to sit up and act like its competition, but the simple truth is that the company is supremely unlikely to break its (theme park) lifelong predilections; much as with other marriages, a Universal Orlando fan must learn to live with them, if not ever fully understand them.

As such, it’s perhaps more instructive to explore the possibilities of what the company can do, even within the context of its idiosyncratic behaviors. As it turns out, there’s quite a bit that can still be accomplished. 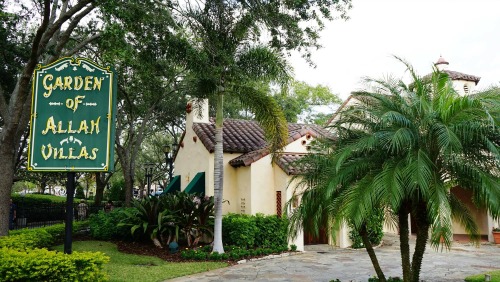 The Garden of Allah Villas at Universal Studios Florida.

Let’s take a look at the museum concept again, which, in the most recent whisperings we’ve heard (both from other sites and from our own sources), will actually have far less to do with relics from the past and much more to do with glimpses of the future. Just as Universal set up a Preview Center in the late ‘90s during the construction of Islands of Adventure, offering sneak peeks of the upcoming rides and experiences, don’t be surprised to see the idea utilized again – only, this time, it would be devoted to a water park and, possibly, a potential third gate.

But why stop there? Much like Epcot’s Innoventions attraction(s), this walk-through experience could be used as a showcase for various technologies, companies, or related concepts, capitalizing on its premise of allowing guests to peek into various timelines at various levels of completion. Or why not introduce a display that allows guests to help Universal Creative design the next great ride that will cement the park’s next 25 years? Such hands-on activities would certainly give the Preview Center an extra level of depth that it would otherwise be sorely missing. 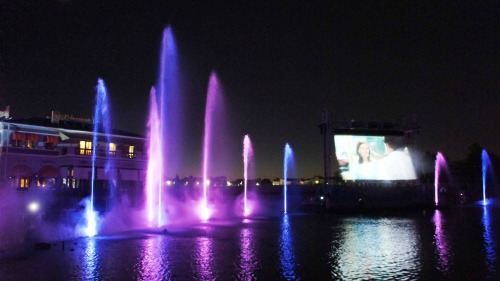 Thanks to the likes of Harry Potter’s butterbeer and The Simpsons’ various fast food offerings, USF has become the centerpiece of the theme park culinary world – so it would only seem natural if the company would tip its gastronomic hat to the special occasion and offer a small but fun series of birthday dishes.

Nothing would be able to be done with the licensed menus, of course, but that still leaves the likes of Finnegan’s Bar and Grill or the tragically-underrated Lombard’s Seafood Grille. Adding on, say, a Birthday Brew at the former or an especially decadent dessert at the latter would be short, simple, and highly effective.

This also opens the door to a greater possibility: throwing a special dining experience, such as the one that already happens at Lombard’s for the Cinematic Spectacular, particularly if the nighttime lagoon show gets a celebratory facelift of some sort. This possibility may be pushing Universal’s limits, but it would nonetheless still be a relatively small and reined-in event that is a far cry from Disney’s boisterous galas. 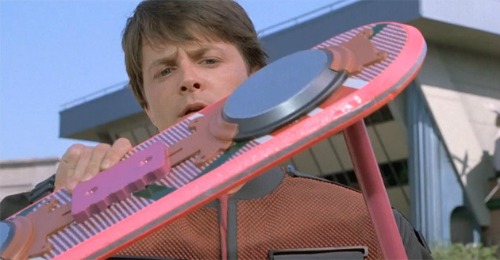 Back to the Future, Part II‘s legendary hoverboard.

One of most extraordinary festivities the company can throw is actually based on a smaller – though certainly thoroughly unique – premise: Back to the Future’s future at long last arriving at the present. October 21, 2015 is the infamous date that Marty McFly traveled to in the second film to help his future son, witnessing the glories of flying cars, holographic films, and, most famously, hoverboards.

What better way to celebrate all things Universal than to make an event of the nerdtastic happening? It would be the perfect excuse to move some truly limited-edition merchandise while simultaneously playing up yet another element that Disney would never be able to pull off in its own parks. (And it already has many fans excitedly talking, as this thread in the OI Forums amply demonstrates.)

Have an opinion on what Universal can – or should – do? Let us know in the comments below.

NOTE FROM THE EDITOR