Last week, Wired magazine ran a rather in-depth feature covering the genesis and evolution of Disney’s much-touted MyMagic+ program, which, of course, has as its flagship feature the now-ubiquitous MagicBands.

But despite the almost singular focus on the MagicBands and the overwhelmingly cheery tone of the piece – which, incidentally, has led to some questioning whether Disney paid for the coverage as a type of infomercial – there are a couple of fleeting but absolutely tantalizing points included almost as an afterthought at the end of the article that clearly spell out the future not only of Walt Disney World’s four parks, but of all theme parks across the globe, as well.

After Tom Staggs, the former chairman of Disney Parks and Resorts and the current COO of the Disney Company, mentioned to the Wired reporter that airlines and various sporting organizations have already expressed an interest in replicating – or, perhaps, licensing – MyMagic+, he then hinted that phase two of its implementation at the resort is already being contemplated.

The magazine, however, one-ups him, speaking anonymously with the various Imagineers on the project who were only too happy to reveal that the next suite of features has already been designed, if not already in the testing phases behind the scenes (remember that MagicBands took several years of research and development before being slowly introduced publicly in the summer of 2013 at Magic Kingdom).

Here’s what they said:

1. The characters will find you
At the Be Our Guest restaurant in the recently-completed New Fantasyland expansion, sensors located within the MagicBands and in the ceiling triangulate diners’ positions, allowing waiters to know exactly where to deliver their pre-ordered food. Disney is, apparently, working on embedding such sensors throughout the entirety of their theme parks, which would expand the concept to an almost exponential degree; the possibility floated in the article hypothesized that the walkabout characters – say, the perennially popular Mickey Mouse or Princess Anna – would be able to seek you out on the spot instead of the other way around. And, of course, as part of the overall MyMagic+ technology, the actors portraying the characters would have the ability to instantly know your name and remark on how long it’s been since they’ve last seen you. It may sound borderline creepy, but it’s also unbelievably immersive. 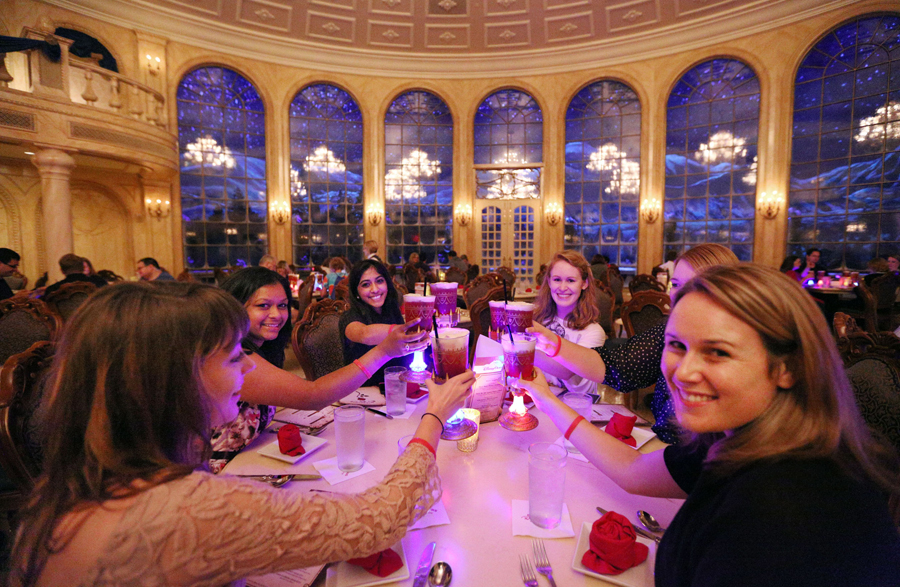 It’s not terribly difficult to see how else Disney could apply the principle. Street vendors could spend their time delivering already-purchased Dole Whips or giant turkey legs (thanks to the phone app) to guests as they stroll about the park instead of being stuck at one spot, servicing long lines. If you’ve opted in for Disney’s PhotoPass service, photographers would be able to anticipate when you’re coming and set themselves up for just the right angle – or, even, stage the perfect photo-op, such as coordinating with Buzz Lightyear to greet your family as you enter Tomorrowland.

And then, of course, there’s the possibility for Disney to capitalize on this carefully choreographed spontaneity. Once you enter a gift shop, the clerks can quickly learn that you’ve just had a surprise – and thoroughly documented – encounter with Buzz and see that you’re moving on to ride Buzz Lightyear’s Space Ranger Spin next. Rather than have you waste your time idly perusing all the various junk in the store, the cast members could direct you to the appropriate selection of Toy Story merchandise – or the company could cut out the middle portion entirely and have the Buzz action figures brought out directly to you.

Anna’s been looking for you!

There is, admittedly, much opportunity here for having too many in-your-face encounters at nearly every turn in the park, but, if handled with restraint and – even better – with user-set preferences and controls, there is also a great possibility for largely eliminating wait times across the board.

It’s hard to think of something more desirable for any guest.

2. Self-generating videos
The example of roaming photographers that can anticipate your every move and help capture them on film (or, rather, memory cards) is, it turns out, just the tip of the iceberg. Wired reports that Disney is actively researching what it calls the Story Engine, which utilizes all of the parks’ various cameras to tag and film your family. Once your day is done, the footage gets processed together into one seamless video, which tells the story of your vacation, day by day, attraction by attraction, meet-‘n-greet by meet-‘n-greet. Think of it as being the star of your very own reality television series, set at Disney World.

There are two main draws to such a set-up. First and foremost, it allows candid moments to be captured – those surprise (or “surprise”) happenings that are lightning-fast and catch the recipient off-guard. This, of course, not only increases the range of photographic material, but also its depth, potentially providing a diversity that would otherwise be impossible – and nowhere near as dramatic. 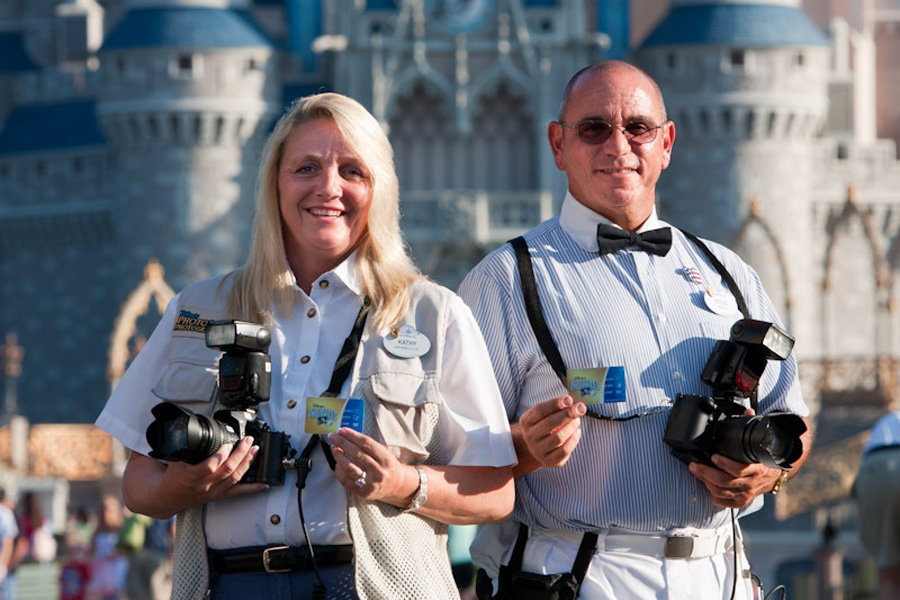 Secondly – and, perhaps, much more importantly – it eliminates the need for anyone in your family to constantly whip out his smart phone, let alone carry one of those old-fashioned video cameras. This not only reduces the stress that dear old dad has to shoulder during the trip, it also allows everyone to more easily fall into the candid moments previously mentioned. Disney obviously hopes this will be an irresistible one-two punch that would end up being its version of Universal’s Butterbeer – everyone will have to purchase it.

Even more, there are lots of obvious ways that the company can build on the platform and offer additional services or experiences. There may be the possibility to edit the footage yourself back at the hotel room (or, perhaps, on the fly on your phone, as you’re in the midst of the action) and then to share it – think of this as the Disney World equivalent of YouTube. Maybe other peoples’ footage streams can be spliced with yours, to create an ultra-edit, or Disney’s cadre of Imagineers and filmmakers could put their own special touch on your reality TV episode – for an extra fee, of course.

(It’s also extremely easy to see how such a technology platform can be used to create the next-generation of attractions, such as integrating the always-on video feature into Sorcerers of the Magic Kingdom card game or inspiring a raft of personalization-driven experiences.)

3. Transforming negative experiences into positive ones
This is perhaps the most intriguing element of them all. Since Disney will soon be able to track your every movement and keep an eye on your general disposition, it’ll know when the magic starts to turn sour and will be able to immediately rectify it. Wired specifically mentions the possibility of a disgruntled family that’s waited too long in line getting emailed a coupon for free ice cream or an extra FastPass+ reservation slot, comparing it to how casinos comp beverages or shows to losing gamblers. In this way, that frown gets turned upside down, and guests will have even more incentive to stick around on property and take advantage of Disney’s ever-growing list of services. 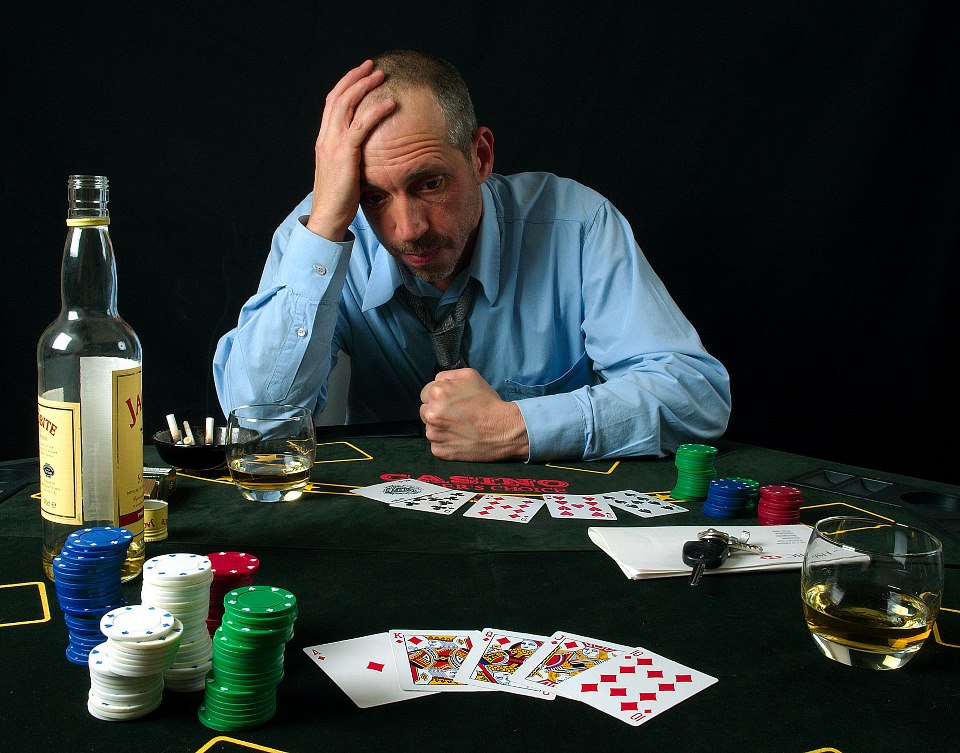 This is how Disney views you.

The customer service aspect of your vacation immediately shoots through the roof with such a proposition. Forget about complaining to Guest Services after waiting an additional hour in line just to do so – Disney just might have found the way to make you happy before you even start to think about taking to the phone or, even worse, social media to vent your frustrations. And, even better from the company’s perspective, it’s also now able to verify that a bad experience has, indeed, happened, undercutting fabricated guest complaints (much like how call centers now record every single conversation).

It’s hard to see how consumers wouldn’t be happy with such instantaneous course-correcting – or how any theme park will ever afford to not engage in the practice.

Does the future look bright and shiny, or are you creeped out by the intrusion of technology into your vacation life? Sound off below.

The next top-secret Universal project is…