The month of March has been a surprisingly fertile one for theme park news and updates – so much so that we thought it might be beneficial to give them the Rumor Round-Up treatment, collating them, summarizing them, and then breaking them all down with the appropriate amount of analysis (and, one can only hope, wit).

It’s never too early to start practicing your screaming pose.

At least, that’s when all the news starts to break, and all the rumors really begin to heat up, as well, as Universal is in the process of negotiating with various intellectual property holders and has broken the drawing boards out to start visualizing what the proposed haunted houses will look like.

And this year, being HHN’s 25th anniversary, looks to be full of even more signs and portents than usual:

Codenames may have always been used internally by Universal Art and Design as placeholders for the finalized haunt titles – since the finished product was typically something that would be subject to (continuous) change by Marketing in its ceaseless efforts to fine-tune that year’s overall messaging – but their rather on-the-nose nature has been forced to change in recent years, as various journalists and die-hard fans have realized that tracking them down would serve as an early reveal of the event’s lineup. Now, codenames are deliberately opaque, if not downright vague, as Universal is only too happy to publicly confirm.

They’ve also become useful tools of pre-pre-release hype, helping to whip all the HHN faithful into a frenzy; Universal Studios Hollywood has made the announcements of the working titles into something of a grand event, presenting them as a series of clues and puzzles that the general public could then spend hours – if not days – analyzing and dissecting.

Now, for 2015, Universal Orlando Resort has officially jumped on the codename bandwagon.

For all those catching up.. Code Name Blizzard… It's an original. #nodairyqueen #notbasedonfreezingcartoon

Blizzard, of course, could practically refer to anything – how I would kill (no pun intended) for a Blizzard Entertainment-based house, such as StarCraft or Diablo (yes, yes, I know this is an original haunt) – but Behind the Thrills takes its best stab at puzzling out what it might be referring to. The site’s best guess? We might be seeing a yeti-themed maze, replete with blasts of frigid air. It could not only be a great deal of fun, it would also be a welcome variation on the standard shocker fare.

A man can dream, right?

For the past eight years – with the sole exception of 2012, just to keep us on our toes – Halloween Horror Nights has featured eight haunted houses, being split between a number in soundstages and ride queues, one in the parade building, and two in tents. For 2015, however, it seems as if Universal will be looking to shake up the status quo a bit.

A user at Horror Night Nightmares has found some interesting evidence that a third tent might be erected this year: an area of Universal Studios Florida, which used to be a storage bunker for fireworks, is apparently being cleared out and possibly being prepped for construction. Given the relative scope of the work and the general belief that has apparently pervaded the theme park blogosphere that Universal may be looking to make HHN bigger than ever before, the poster concludes that this will be a third tented haunt.

If correct, there are two possible explanations for the move. Firstly, it could be that Universal is looking to expand its lineup to nine houses for the very first time in the event’s 25-year history, either to celebrate the milestone anniversary or to simply expand on the event’s recent and unprecedented success (as it becomes more and more popular, of course, the handling of bigger and bigger crowds becomes an issue of paramount importance – something which an extra maze may help with). Secondly, it could simply mean that Universal is shutting down one of its previous house locations – for whatever reason – and looking to replace it with the new tent.

(March is also a good month to start making one’s initial plans for attending Halloween Horror Nights. See our top tips, tricks, and secrets for this year’s showing here, and then be sure to stop by Universal’s official site here.)

Universal and the never-ending crusade for security
For several hours on Wednesday, March 25, a series of metal detectors and portable wands were deployed in front of Hollywood Rip Ride Rockit (as was so gently pointed out in our forums that day). Officially labeled as a test by Universal, all potential riders were asked to go through the new security precautions before proceeding on to the queue, with all those who declined either being barred entry to the coaster, at the least, or being expelled from the park, at the most (although it should be noted that there were no reports of either of these scenarios happening). 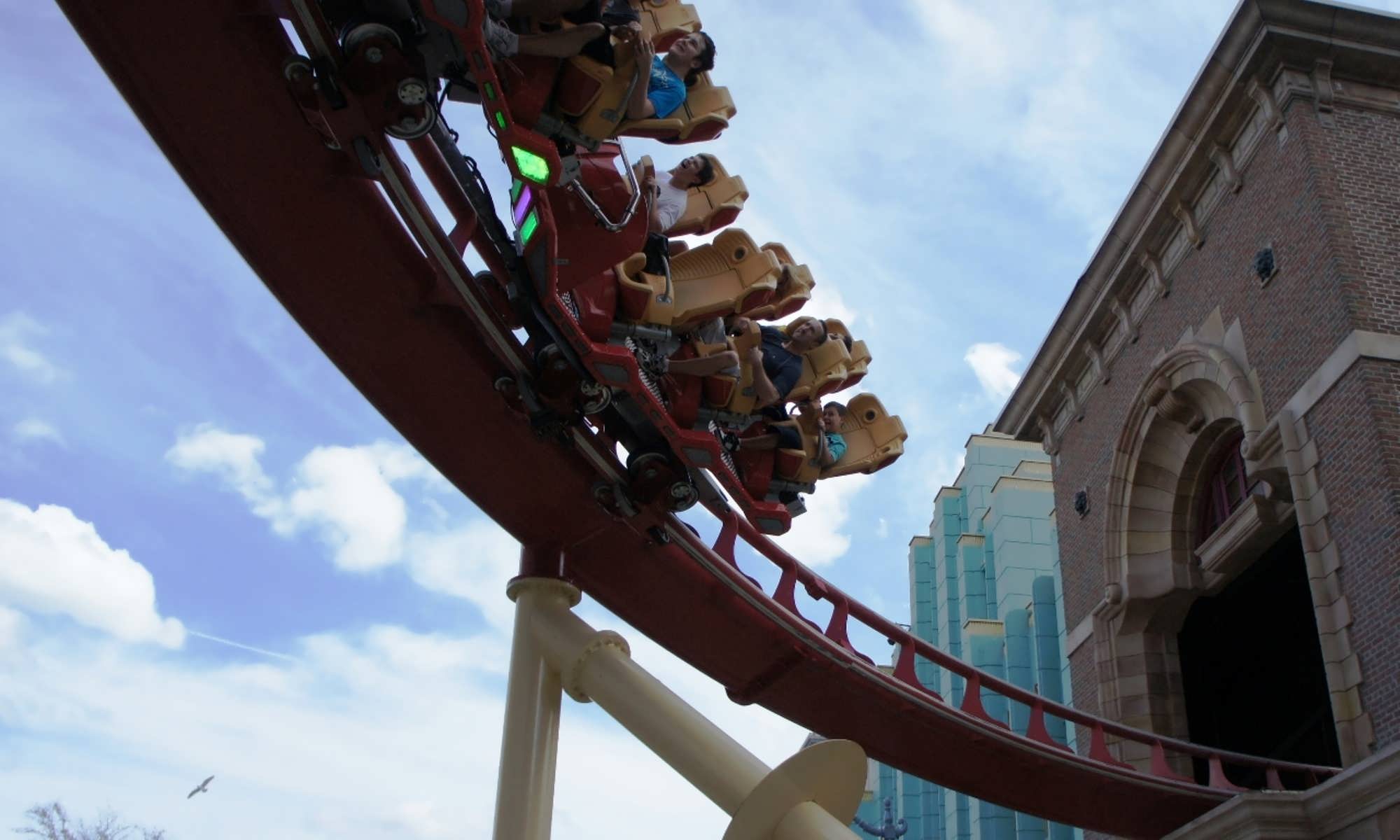 Keep all your possessions to yourselves up there, please.

This idea of stricter ride protocols is nothing new for the resort – last December, additional team members were stationed at both Rockit and The Icredible Hulk Coaster in order to more strenuously check that all oncoming passengers had no loose articles – yes, even wallets and cell phones – on them. Although it is obvious that Universal’s concern was in preventing these items from possibly falling and striking strolling guests below, it remains unknown to this day whether such incidents had recently happened or the company had suddenly, inexplicably become paranoid about such an occurrence.

Of course, there is certainly precedent to injuries being sustained from the parks’ high-flying coasters. Back in September 2011, Universal infamously shut down Dragon Challenge’s dueling nature (the main draw of the ride), instead having the two trains “chase” one another – a move prompted, according to reports, by two riders that previous summer being struck by loose objects, which even resulted in one individual having his eyeball be removed. (Dragon Challenge’s sister attraction, Battlestar Galactica, over at Universal Studios Singapore has also been shut down since July 2013 for presumably the same reason, though the company refuses to officially comment there.) 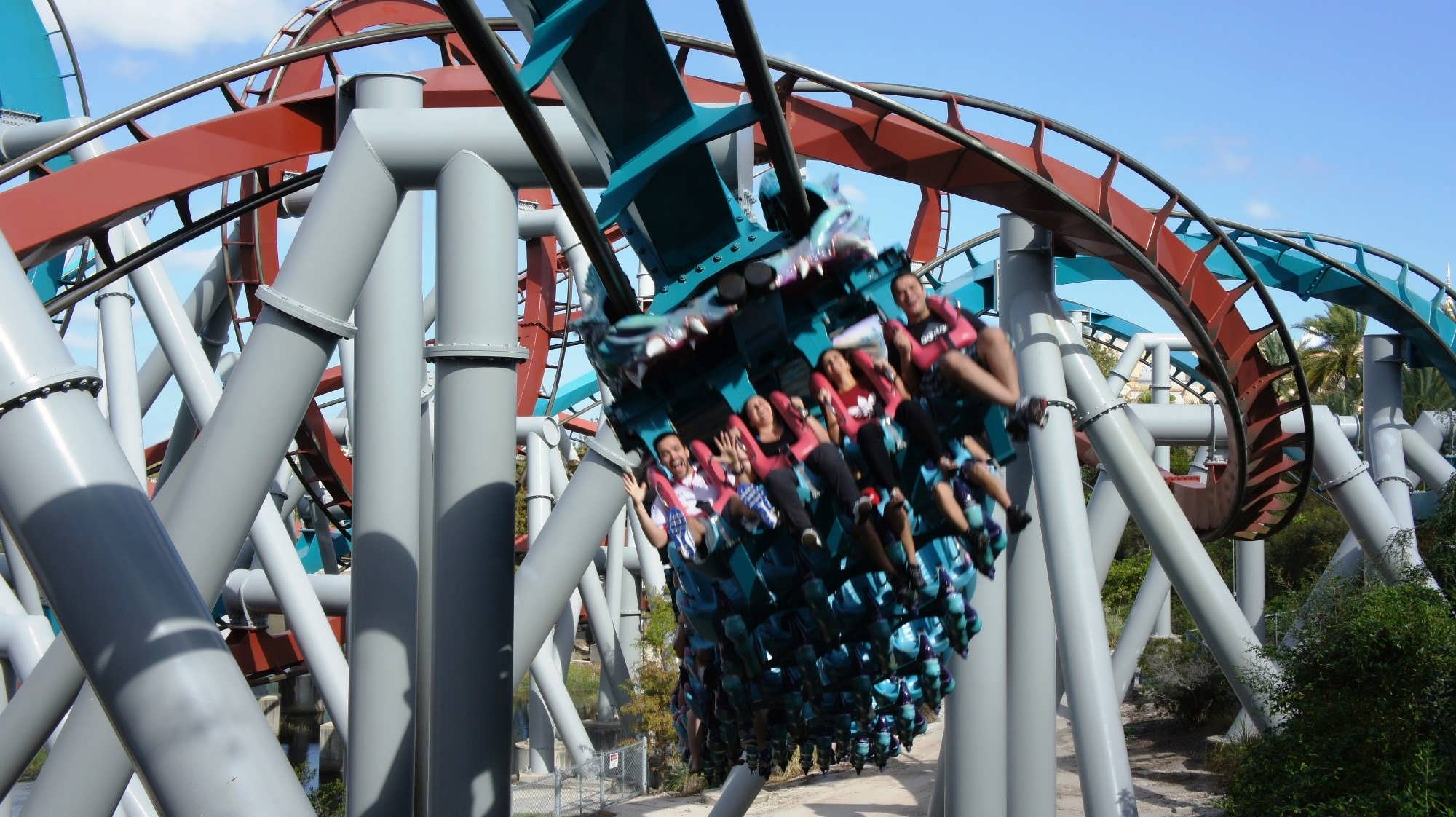 I challenge you to a duel, sirs.

While it is heartening to note that such stringent security precautions at Universal Studios Florida are all temporary “tests,” it is important to be mindful of their (admittedly nascent) increase in both quantity and severity. And the mere fact that they are continuing is enough to suggest that bigger – and, perhaps, more permanent – moves are being contemplated for the resort; the last thing Universal wants as it stands on the precipice of becoming a major player in the themed industry is a slew of high-publicity personal injuries (and, of course, their attendant lawsuits) to hijack its momentum.

The only plus to possibly come of all these Transportation Safety Administration-level security checks for law-abiding guests who just want to get on their favorite rides? The mere idea that the company might actually implement such measures for Dragon Challenge, allowing the attraction to be restored to its original, unblemished nature.

How Disney plans to become more marvelous
Forget the news that Frozen Summer Fun is returning to Disney’s Hollywood Studios for the second straight year – the real development of note is happening down the resort’s road a stretch, at the still-under-construction Disney Springs (which, in case you weren’t aware, was formerly called Downtown Disney). Screamscape is reporting that it’s been hearing of a brand-new store that will replace the current FIFA World Cup location and which will carry a large assortment of various Marvel Entertainment-branded items, presumably running the typical gamut from t-shirts and figurines to comic books to, of course, MagicBand accoutrements. 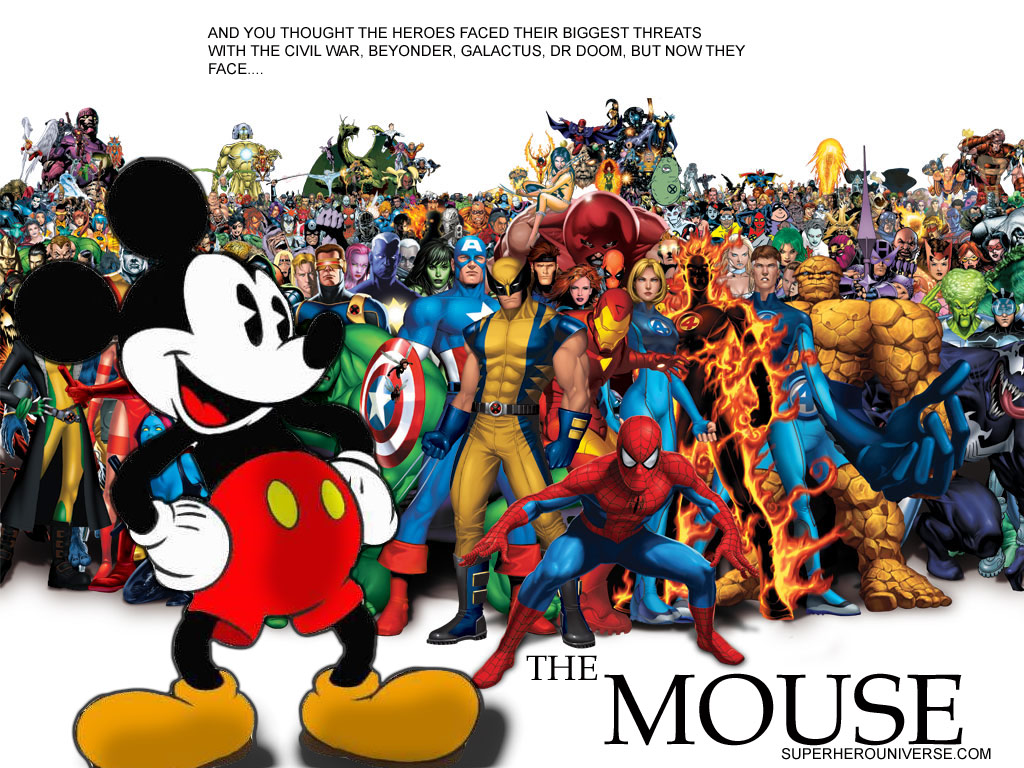 If true, the legal ramifications of such a move are, obviously, essential to take note of, as it not only means that Disney is, at long last, finding some wiggle room out of Marvel’s pre-existent contractual agreement with Universal to not allow huge swaths of its IPs to pop up at any other theme park east of the Mississippi, but that the company is hell-bent on integrating one of its newest brands in its most profitable resort. (The catch here? The name “Marvel” apparently won’t appear in the store’s name; it’ll instead use the far more generic Superhero Headquarters.)

This is absolutely something to keep an eye on in the coming months and years.

Tell us: will Halloween Horror Nights be better than ever before? Are Marvel’s days at Universal Orlando numbered? Sound off below.

History of the New York backlot at Universal Studios Florida