3 easy ways to immerse yourself in your Universal vacation

Theme parks are entirely built upon one simple principle: to immerse their guests in different worlds and experiences as thoroughly as possible. And although Disney may have created the (modern) paradigm of the theme park (and, of course, of the theme park resort), it’s increasingly been Universal who has been pushing at the boundaries of what immersion is capable of, from designing park-to-park narrative experiences to interactive haunted houses at the most recent Halloween Horror Nights event. 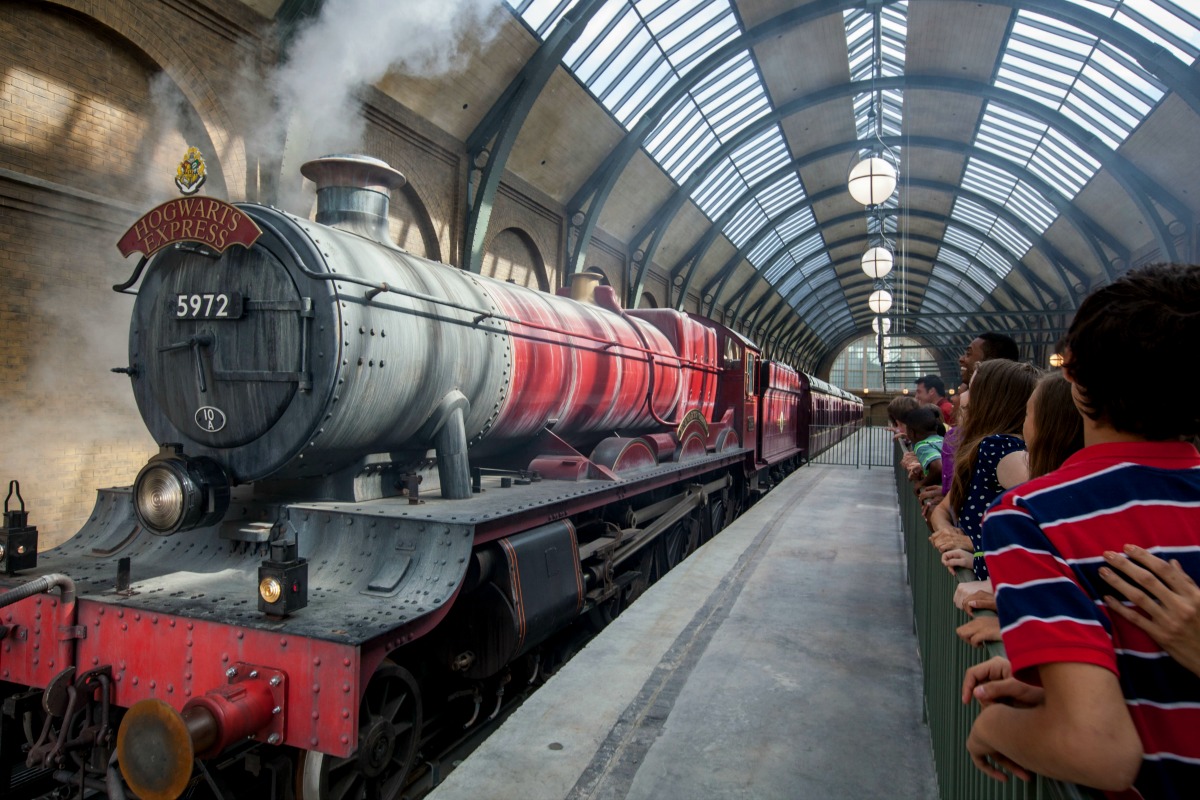 Yet it’s amazing just how many people sabotage – either inadvertently or not – the immersive aspect of their vacations at Universal Orlando Resort. By following these three simple steps, families can exponentially increase their enjoyment of their time at the parks while also coming the very closest to truly “riding the movies,” as Universal’s PR department was wont of saying way back when.

(A brief caveat before we get started: yes, although the following steps may be rather straightforward, they will also dramatically alter the bottom line of your vacation bill. This article is written on the premise that, like most families, yours in only able [or willing] to visit every few years, at most, and will therefore want to take full advantage of the possibilities that Universal Orlando has on hand. This guide is meant to maximize your enjoyment, not minimize expense.)

#1 – Stay on-site
Disney long ago developed a mantra to entice its day guests into becoming overnight ones: stay in the magic. It sounds like marketing hype, but it’s certainly true – there’s nothing quite like remaining on-property for the duration of your vacation, keeping firmly ensconced in the meticulous theming that has been so arduously constructed for your enjoyment (and, of course, for your dollar).

And there’s certainly a (small but still eclectic) variety of options to choose from, despite Universal’s penchant of sticking with real-world themes instead of straying into the realm of the fantastical. With four resorts already on-site and a fifth currently under construction – and, according to rumor, at least two more on the drawing board – everything from the Italian Riviera to the Pacific Southwest to, even, the grand roadside hotels of the ‘60s is at hand. The rooms are beautiful, the hotel grounds are immaculately maintained, and the range of amenities – particularly when it comes to their pools and culinary options – all combine to make for a truly wonderful stay literally right next-door to the theme parks.

But the real sense of immersion here comes not from thematic overlays but, rather, more practical concerns. With all of the hotels being no more than a 20-minute walk away, the ability to run back to your room, switch out of your wet clothes into dry ones (thank you, Toon Lagoon, for making me wonderfully sogging wet) or take a quick power nap, and then hoof it back to the parks. “Staying in the heart of the action” may sound like more hyperbole, but it’s equally true. I’ve yet to hear from anyone who regretted the decision to stay on-site, even despite his or her initial reservations beforehand due to cost.

Learn everything there is to know about Universal’s four on-site hotels in our overview.

#2 – Film school
Packing sunscreen and bathing suits or memorizing maps and itineraries is standard operating procedure for a number of theme park goers, but there’s actually another, more fun item that should be included on your preparatory checklist: watching movies.

It goes without saying that the vast majority of attractions strewn across both Universal Studios Florida and Islands of Adventure are based off of intellectual properties, whether they be owned by Universal (E.T. Adventure) or not (The Cat in the Hat). While it’s absolutely not necessary to watch the source materials of these rides in order to enjoy them – it’s not too difficult to, say, grasp that Megatron is the big baddie in Transformers: The Ride 3D without having seen the four films in the series – it does add a great deal of depth to the experience, from better understanding the backstory or interrelationships of the characters (just what is that pesky Allspark, anyway?) to a simple appreciation of the job Universal Creative did in translating the material into a whole new medium. 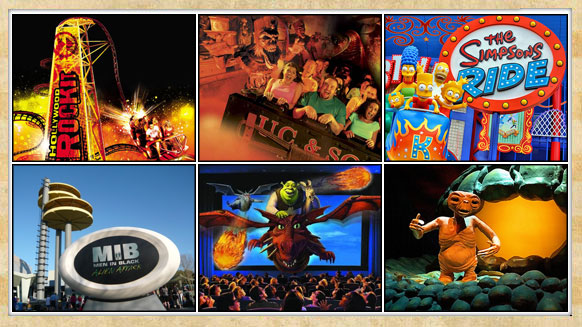 There’s more than just geeking out, of course. Sitting down to watch the various films or television series with your family is a great way to not only have bonding time, but also to help count down the days to your vacation (an especially good idea when children are involved). It also may expose you to stories that would have otherwise slipped past your radar; the sheer number of people who get turned on to the Harry Potter films and books after visiting the two theme park lands is honestly staggering. And, finally, revisiting these titles once you’re back home becomes one of the most inexpensive and effective souvenirs one can find.

Still need help with packing that suitcase? Here’s our checklist (and how to keep kids safe).

#3 – Dress the part
Consider this one icing on the theming cake, an enjoyably sweet addition that is by no means necessary to have a thoroughly enjoyable time at Universal.

The two Wizarding Worlds of Harry Potter (Hogsmeade at Islands of Adventure and Diagon Alley at Universal Studios Florida) are among the most detailed and vividly realized theme park lands in the entire world, offering an array of details and a plethora of activities that are ripped straight out of the page and off the screen. It is, as such, easy to lose yourself in the experience – so why not make the immersion finalized by dressing the part? Everything from Hogwarts school robes to ties and scarfs to full-character costumes (for a premium) are for sale in the lands’ innumerable shops, allowing you to look the part in addition to feeling it. As the ineffable Robert Niles, editor-in-chief of Theme Park Insider, once said to me, the Wizarding Worlds are among the biggest cosplayer events in the entire country. And, indeed, everywhere you look, there are throngs of Muggles-turned-wizards, helping to up the immersion factor for both the dressers and the throngs of observers. 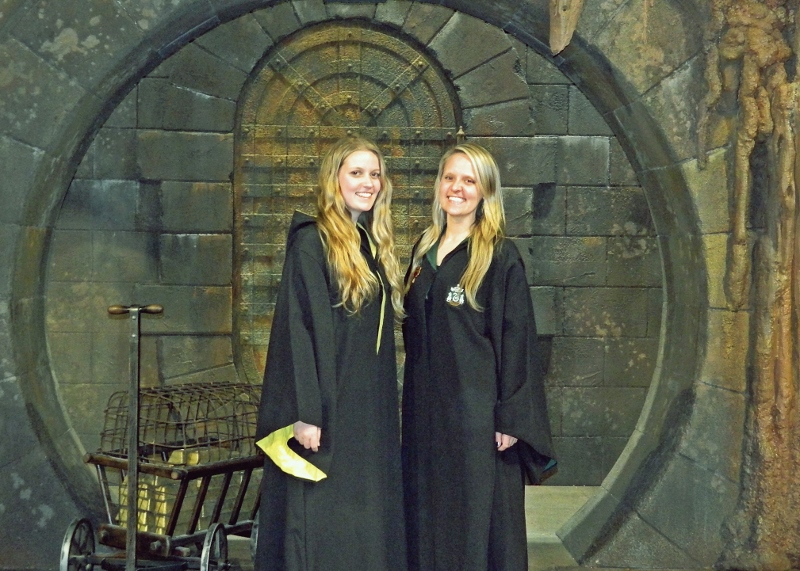 And Universal is only too happy to crank your extra-curricular immersion even higher. Beyond apparel, there’s literally stacks of additional items and props (including joke items, plush animals, and something else) to stuff in your pockets or otherwise surround yourself with. Hogwarts postcards and stationary are available to mail out – including a Hogsmeade post mark! – extending the experience outwards to friends and family who couldn’t make the trip with you. And, of course, there’s the obligatory wand, in both normal and interactive varieties, which is nearly impossible to leave Universal Orlando without purchasing.

Need help sorting through all the myriad merchandise options in Harry’s wondrous worlds? Hit up our complete guides to both Hogsmeade and Diagon Alley.

How do you increase the immersiveness of your vacation? Let us know in the comments below.

Top 8 ways to stay healthy during your vacation