3 best (and most unusual) replacements for Toon Lagoon

Universal Studios Florida has, for the past four summers, been awash in a constant stream of construction projects that were designed to spruce up the old place: The Wizarding World of Harry Potter – Diagon Alley replaced Jaws/Amity, The Simpsons replaced a boring stretch of nothingness, and Transformers: The Ride – 3D, Despicable Me: Minion Mayhem, and the NBC Media Center all replaced empty buildings.

Pretty soon – especially on this crazily aggressive Universal schedule – it’ll be Islands of Adventure’s turn to get updated. The good news on this front is that, unlike USF, Islands has very little in need of repair; only Toon Lagoon and The Lost Continent are showing their age and, thus, need to be shuffled off of this mortal themed coil. The bad news, however, is that there are so many different possibilities out there, and there have been so many rumors about what those possibilities may very well entail, it’d be impossible to winnow ‘em all down to a manageable list. 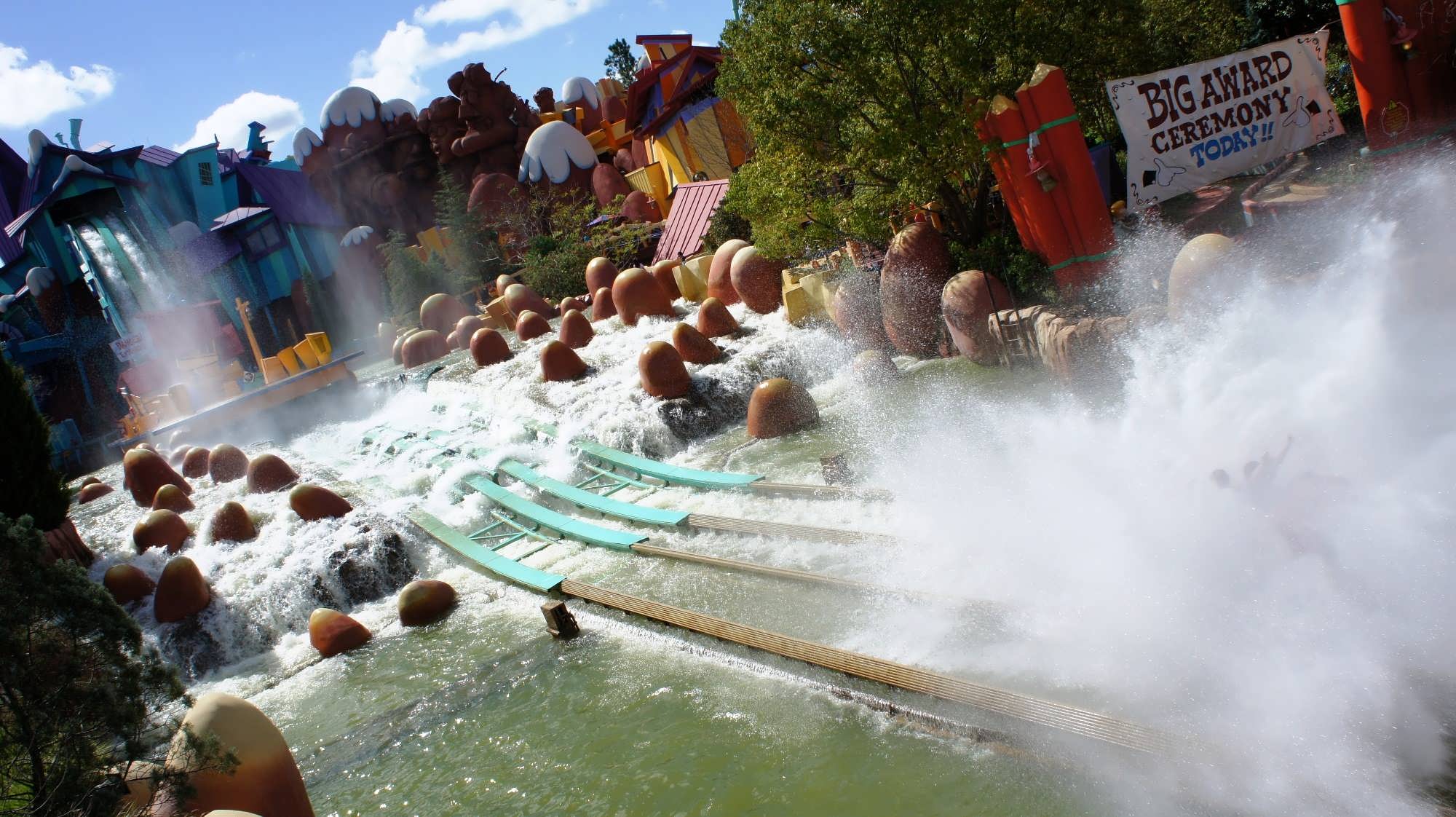 So let’s apply some parameters:

I’d like to add one last criterion before moving on: the property, for our purposes on this list, has to be less than obvious and certainly different than all the other items already discussed previously – so, sorry, but no Charlie and the Chocolate Factory, and certainly no videogames. 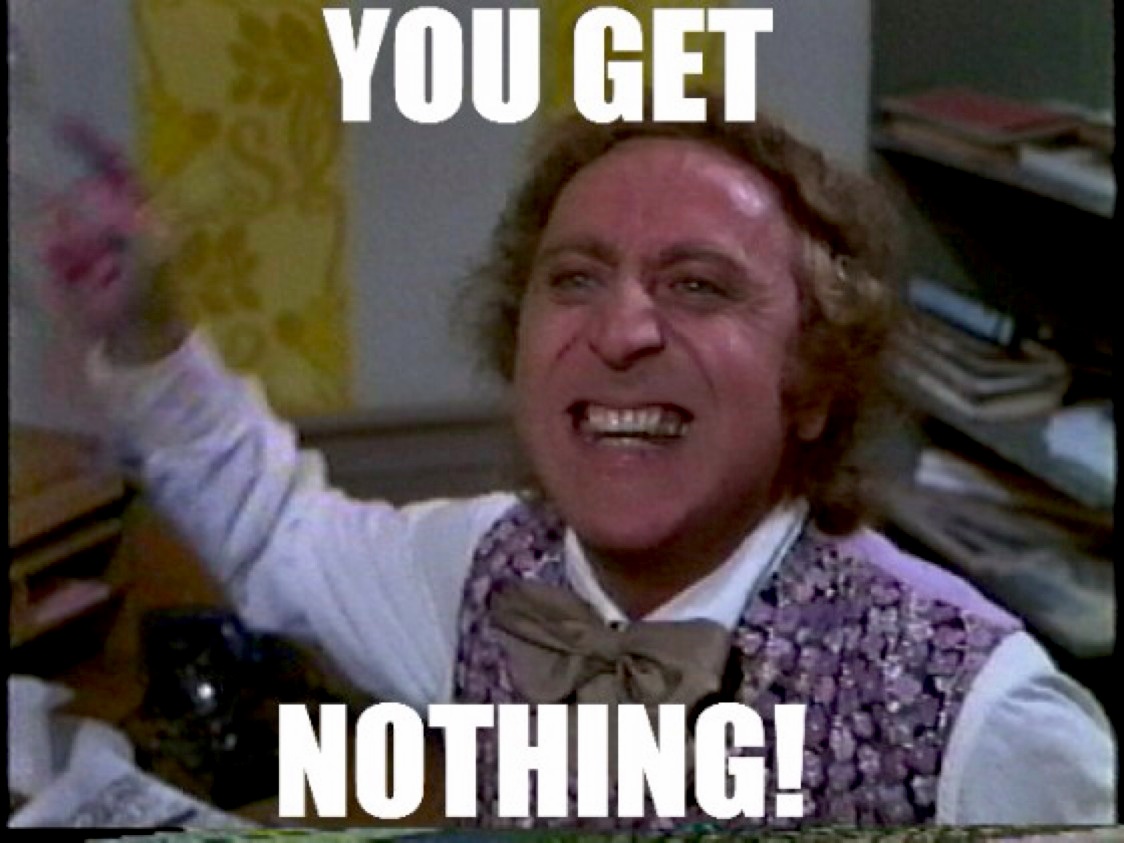 Is that clear enough? Good. Let’s get to it.

Yes, it may be unusual to take a production company’s library and use that as the basis for a land, but besides this being the point of our explorations, it also illustrates another path forward for Universal to take, besides the franchise- and location-specific approach of the Wizarding Worlds (an alternative that Nintendo Land may also be tackling).

It also just so happens that Legendary has more than enough intriguing possibilities in its 15-year-old(!) film vault, ones that, what’s more, cover a wide gamut of different genres or origin points, from action to horror to videogames. Even if we restrict ourselves to just Universal-distributed movies, and ones that are either recent or upcoming, there is a surprising diversity: Dracula Untold, Crimson Peak, and Krampus (horror); Warcraft and Spectral (fantasy); and The Great Wall (sci-fi).

While it may be difficult to balance the horror properties with all-inclusive attractions, it’s not entirely impossible, as Universal has already proven with Harry Potter and the Escape from Gringotts – and that’s not to mention taking the Disney route and producing an experience that is far more along the lines of, say, Haunted Mansion. The important element to keep in mind here is the richness in source material; imagine exploring the Gothic mansion in Crimson Peak or fighting along the Great Wall of China. If Universal’s overriding concern still resides with producing “epic” moments, it’s hard to go wrong here. 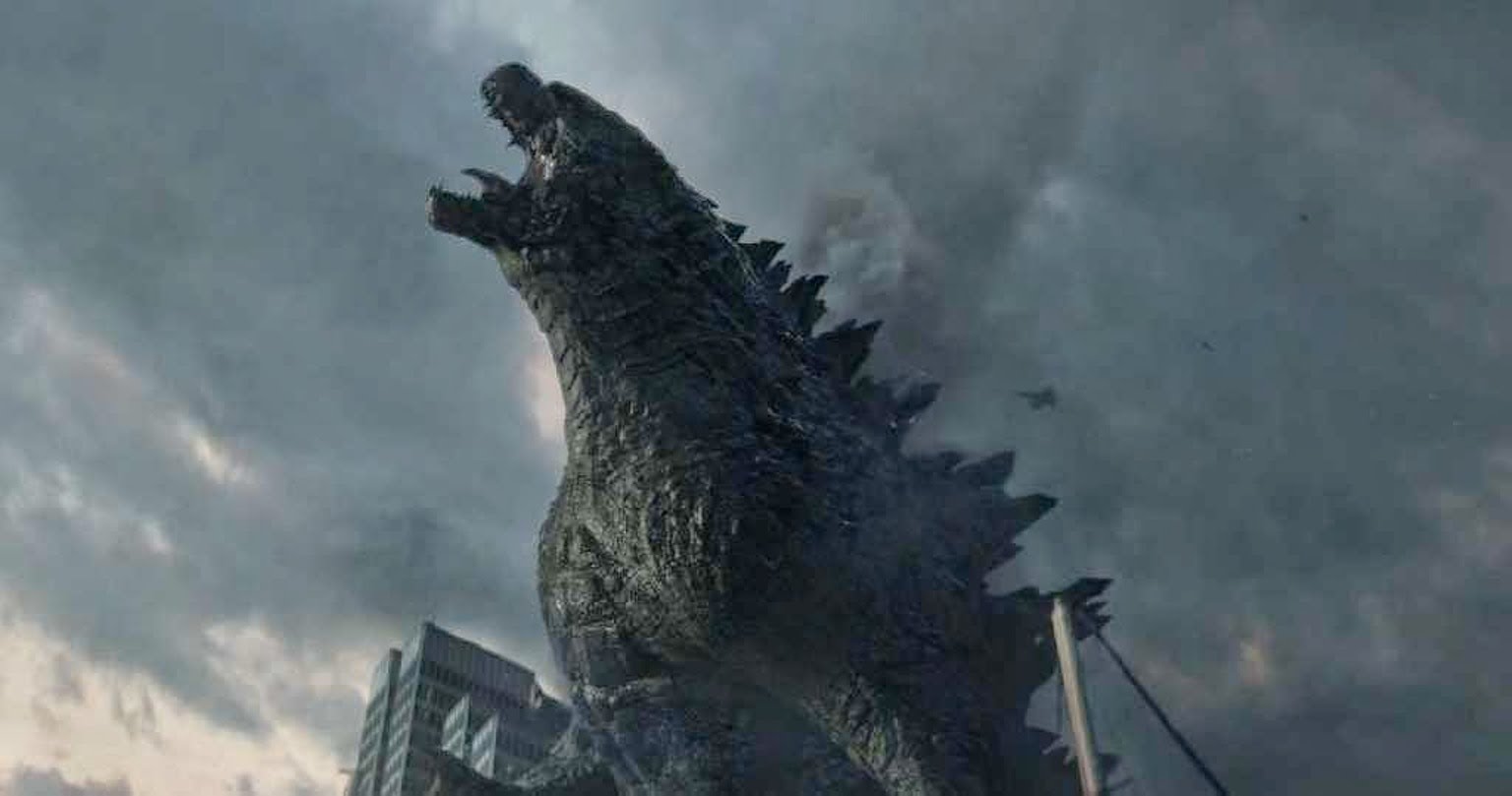 There’s one final possibility that practically begs to be mentioned here. There are, of course, a great number of movies that Legendary has produced that haven’t been released by Universal, and should our focus be broadened out to include these, the sky is truly the limit – particularly if a certain movie called Godzilla could be included and situated right next-door to King Kong’s Skull Island. With Legendary and Warner Bros. gearing up to do a Godzilla vs. Kong film in the very near future, one’s mind just boggles at the theming possibilities.

Thanks to the huge success of the Marvel Cinematic Universe (owned by Disney) and the ever-growing X-Men meta-franchise (Fox) – and let’s not forget the burgeoning DC Extended Universe (Warner Bros.), which looks to explode starting next year – comic books have never been more pervasive in American history. They also represent the last untapped medium Universal could harvest into a theme park land.

(Okay, okay – while Marvel Super Hero Island is, indeed, a rousing success, it still is only the tip of the iceberg of what comics have to offer. Just look at how many different films are represented across both parks, for instance, and how divergently they’re approached by the individual attractions.) 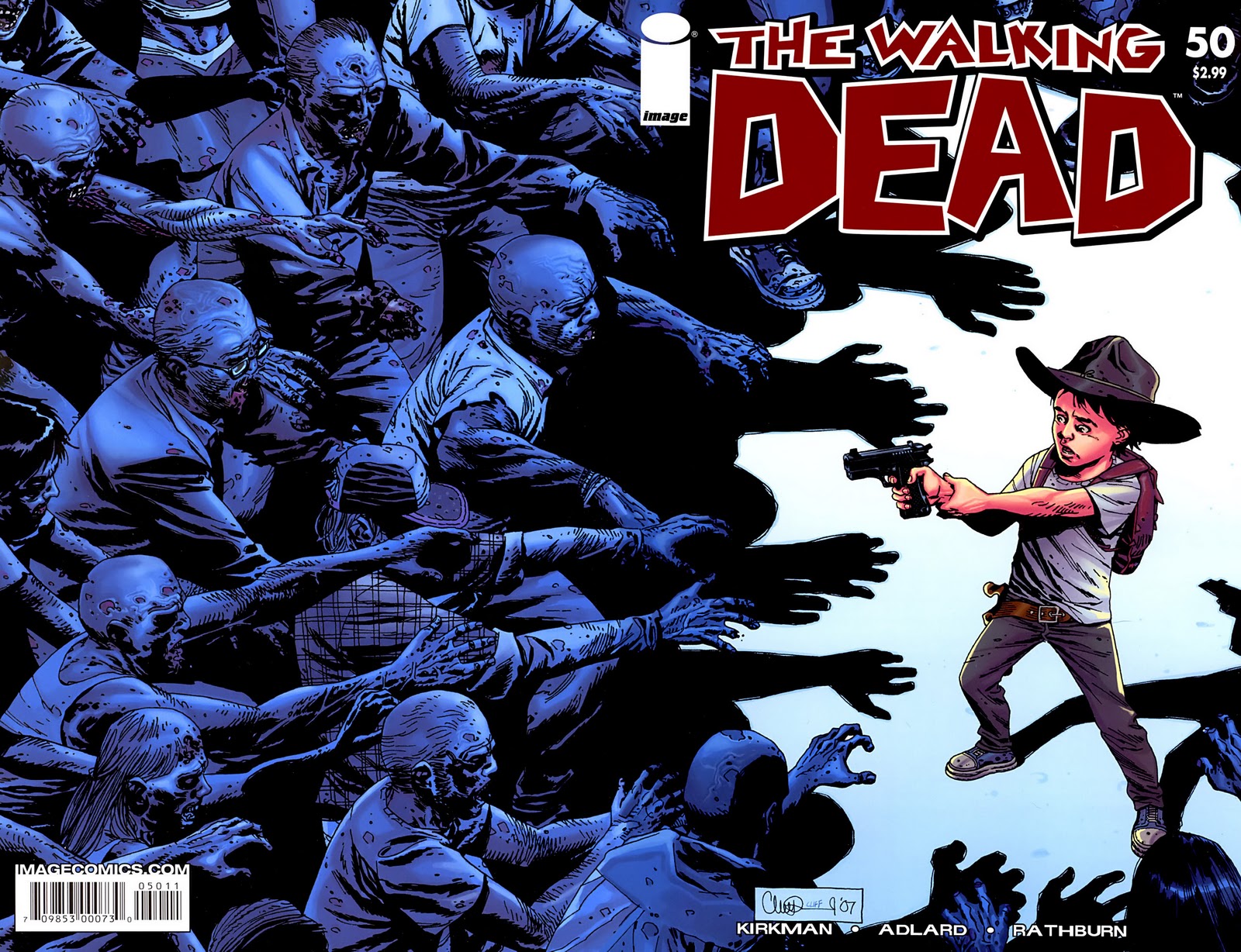 It’s safe to assume that DC Comics is out of the Islands of Adventure picture, thanks to its corporate rivalry with Marvel/Disney (among other reasons), and that while Marvel Super Hero Island may end up getting a series of refurbishments, starting with Spider-Man and the Hulk, it’ll probably never receive a full-fledged expansion. That just leaves a little company called Image Comics, which was founded 23 years ago as a safe haven for creators tired of having their work be owned by the big two publishers but has since flourished into, arguably, the single most diverse and engaging comics company in the industry.

There’s actually a breadth and depth here that even puts Legendary Pictures to shame. Spawn is the traditional superhero, albeit with a darker tone; The Crow is already a well-entrenched multimedia franchise; and The Walking Dead is, of course, a property that needs no introduction, particularly to the Halloween Horror Nights crowd. But there’s also Saga, a vibrant space opera that has been described as Star Wars meets Game of Thrones; Chew, a quirky and thoroughly idiosyncratic story about a Food and Drug Administration agent who solves crimes by receiving psychic insights from food (including people!); and Chrononauts, a time-travel adventure that plays suspiciously – and wonderfully – like Back to the Future. (All of which, of course, isn’t to mention all the other ongoing titles the company is currently publishing.) 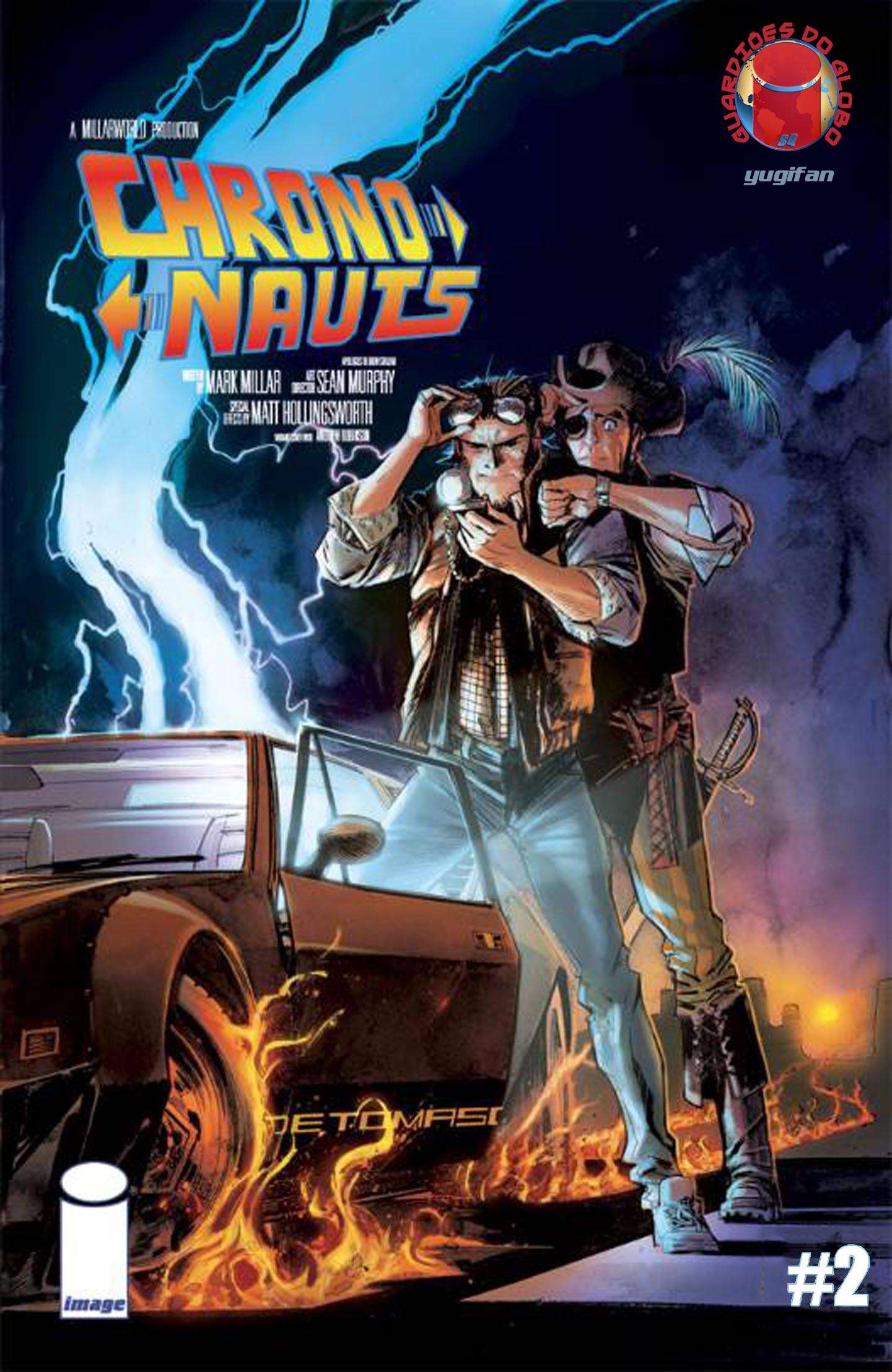 Such a lineup not only provides a surprisingly effective contrast with the park’s Marvel section, it also offers an array of themed possibilities that isn’t seen elsewhere at the resort – or, for that matter, at Walt Disney World.

Marvel Super Hero Island may never be able to be expanded, but what about an in-house, also-suddenly-much-more-lucrative property? 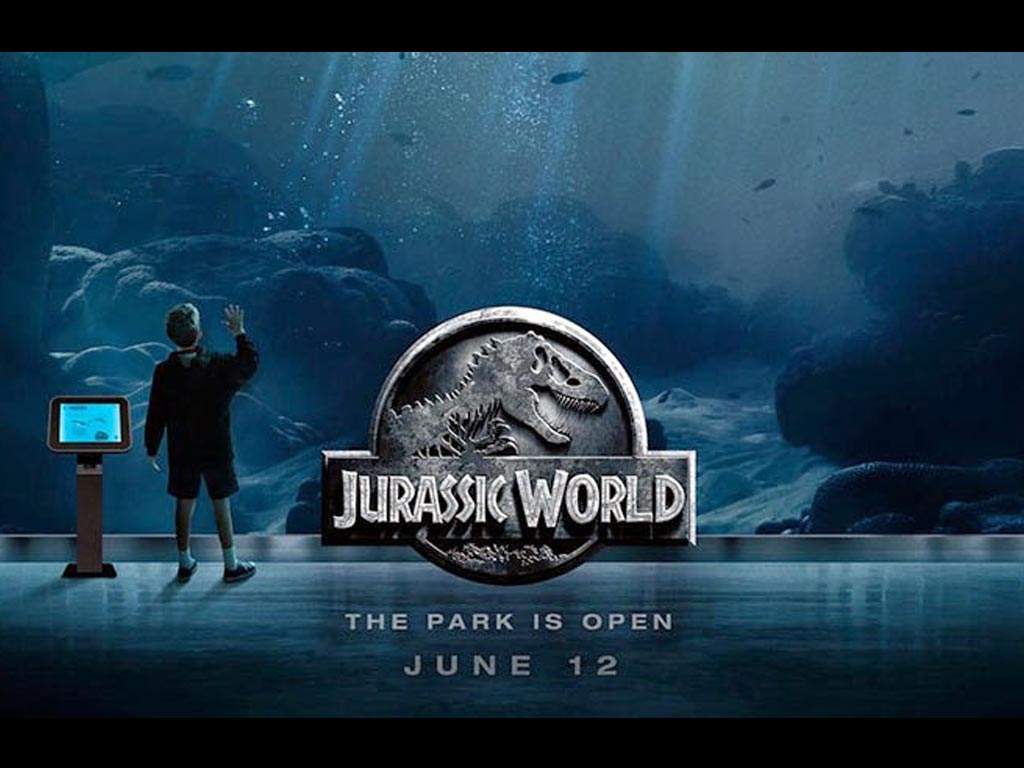 Jurassic Park has long been the focus of several ongoing rumors about possible new attractions, specifically focusing on roller coasters (from woodies to hypers), and the absolutely massive success of this summer’s Jurassic World has only added fuel to the dino fire – and also brought along quite a few concepts for new attractions, which we’ve recently outlined in some detail.

Instead of demolishing the original land to make room for the new experiences, however, a far more lucrative option may be to take Toon Lagoon and transform it into the newer Jurassic World; in this way, the very kiddy-friendly JP can remain the domain for children, while Jurassic World could be made into the realm of more intense, thrill-seeking adult rides. And with more and more enthusiasts clamoring for the return of older properties at the parks, guests could get their cake and eat it, too. 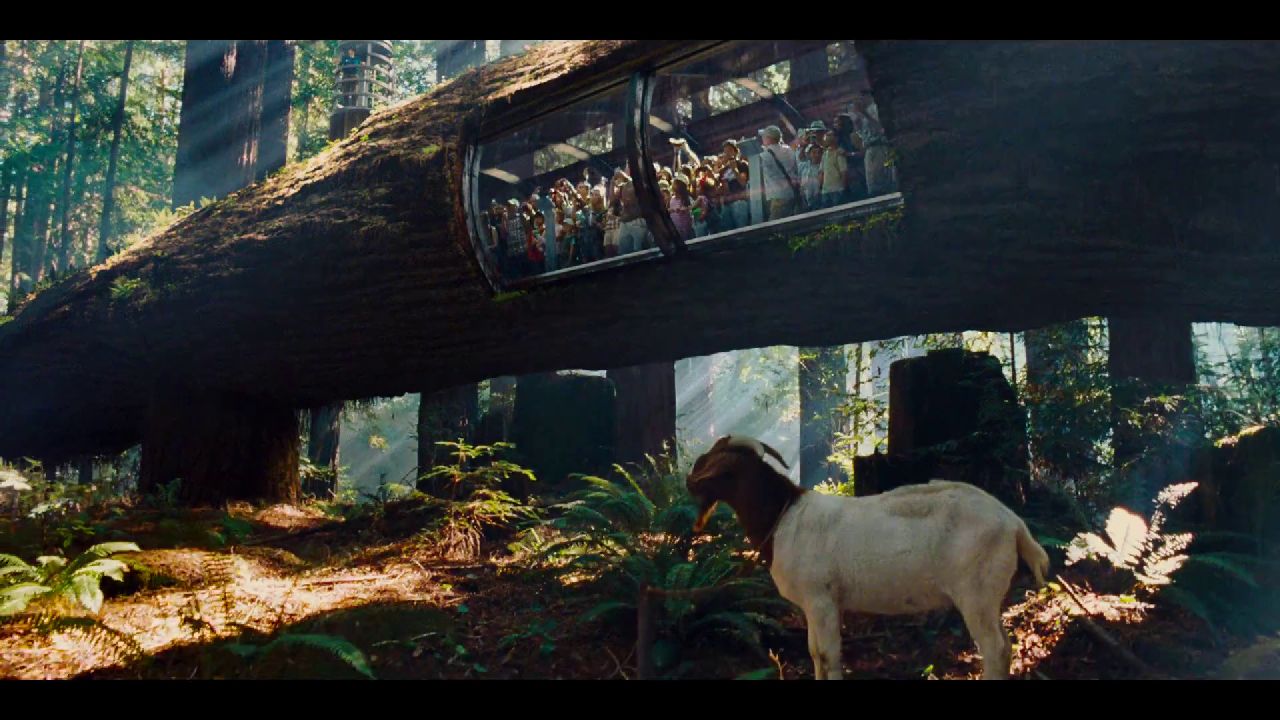 And it’s not like Universal doesn’t have precedence for this sort of thing: Harry Potter, of course, has two different lands dedicated to his many magical adventures, and The Lost Continent has consistently been giving up more and more of its real estate to Hogsmeade over the past five years. Properties are allowed to organically grow at Universal Orlando, and this tradition should continue to be embraced.

(The only problem with this hypothetical proposal? What to do with Skull Island, which would literally be stuck right in the middle of the two Jurassic areas. Maybe that King-Kong-versus-Godzilla idea could be resurrected, replacing the giant lizard with Indominus Rex…)

What are your best suggestions for Toon Lagoon replacements? Share them in the comments below.