If you had asked me at the age of 21 if I thought I’d find love in the theme parks, I’d say not likely; it was the last thing on my list as I was just happy to have a job. And yet, there I stood on my very first day in the last suit I’d ever wear, staring up at a 6’4″ kid fresh out of high school with bright red hair and a sarcastic tone in his voice that only conveyed that he spoke my language. 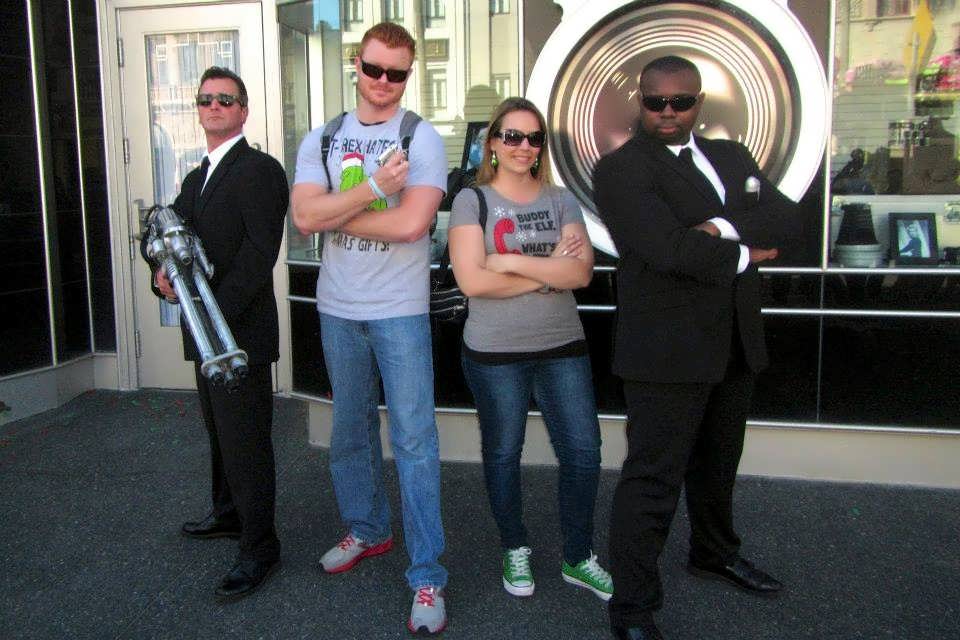 Was it love at first sight? I’d never venture to guess, especially in that moment. All I knew was that this kid who stood a foot over me was one of the good guys, and, somewhere along the way, we quietly clicked. Don’t read that wrong – in “quietly” I mean we barely saw each other due to the powers that be in scheduling, and, actually, for the year that I spent at Men in Black: Alien Attack, he was convinced I didn’t speak.

So the conversations that we did have consisted mostly of the sarcastic comradery and playful banter that comes with being young and flirtatious. But, at that moment, I knew there was something different about this Sean guy, and that I’d at least stick around for the laughs.

It would take seven years of friendship, a late-night party with mutual friends where we watched the sunrise, texts galore, and time spent – where else? – at the theme parks for us to realize, finally, in 2012 that there was nowhere else in the world that we belonged but with each other. 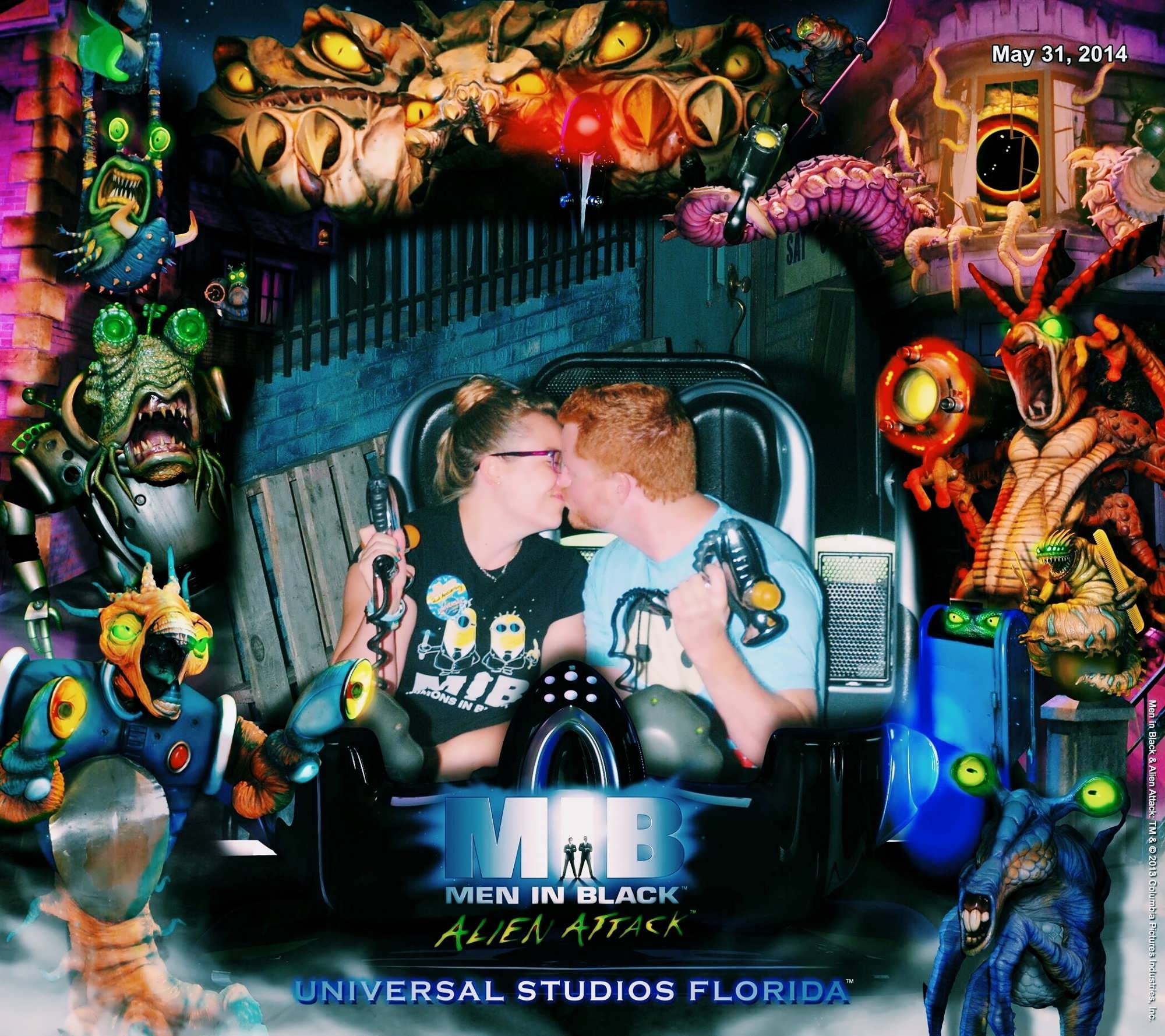 But it all started in the summer of 2005, just before the Fourth of July, at a theme park called Universal Studios Florida, in a place that made us the best of the best – Men in Black.

And we’re definitely not the only love story the theme parks here in Orlando have conjured up. Here’s a look at three more incredible tales of themed romance to keep your Valentine’s Day in full bloom. 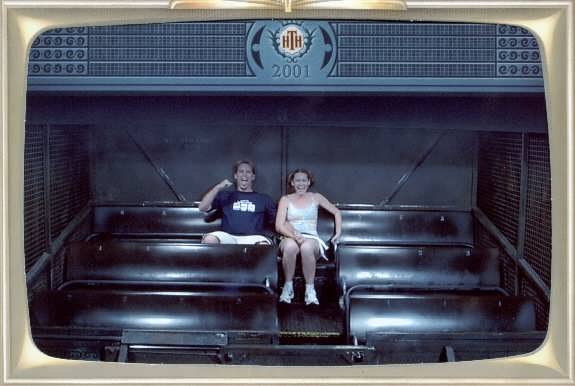 Tom and Shannon met in 1999 at Universal Studios Florida, as well. And while “office romances” (even of the theme park kind) are a bit rebellious in nature, Tom and Shannon took it to the most rebellious of all levels – he was her entertainment coordinator, and she was a character within the parks.

But love always wins – and so, too, have Tom and Shannon. They were married at Disney’s Vero Beach Resort and honeymooned at Disneyland in California after a cross-country road trip. And, due to Tom’s work schedule, they have also been able to travel and take advantage of “nearby” theme parks, such as Tokyo Disneyland and DisneySea, Disney’s California Adventure, Fuji-Q Highlands, and Universal Studios Hollywood.

After a combined 10 years of working within the parks, you’d think Tom and Shannon might be tired of their old stomping grounds, but they’ll tell you that just isn’t the case. They still frequent Universal Orlando and love that it isn’t just a vacation spot for them, but also a reflective place that offers a trip down memory lane while reinvigorating that vibe and feeling of when they first met.

To this day, the couple loves that Orlando offers an ever-evolving landscape of attractions at Disney, Universal, and SeaWorld – there’s almost always something that they haven’t done together. And if you’re wondering, the big one to date is that Tom still hasn’t had time to see the new Wizarding World of Harry Potter – Diagon Alley (though he admits to being hesitant to walk the sacred ground of his first home attraction, Jaws).

These two Universal lovebirds feel like the theme parks are a true home away from home that extend a familiar “escape” from the real world. 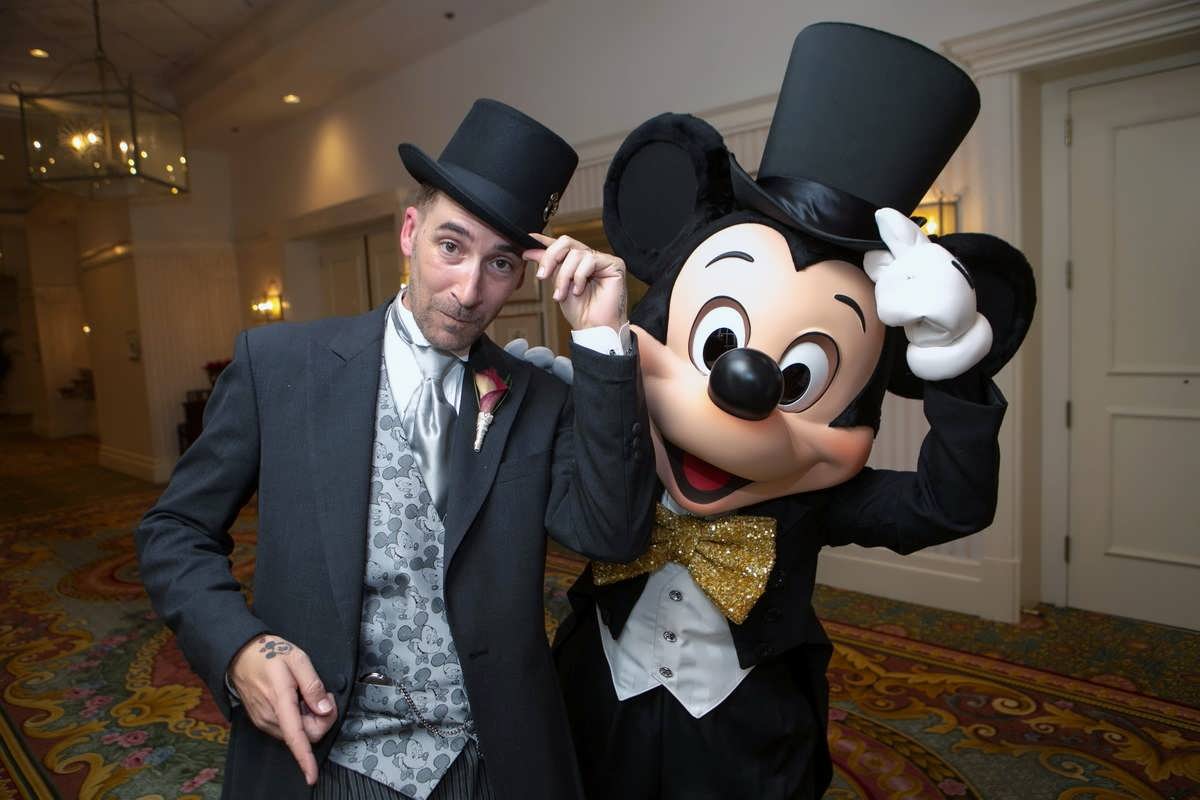 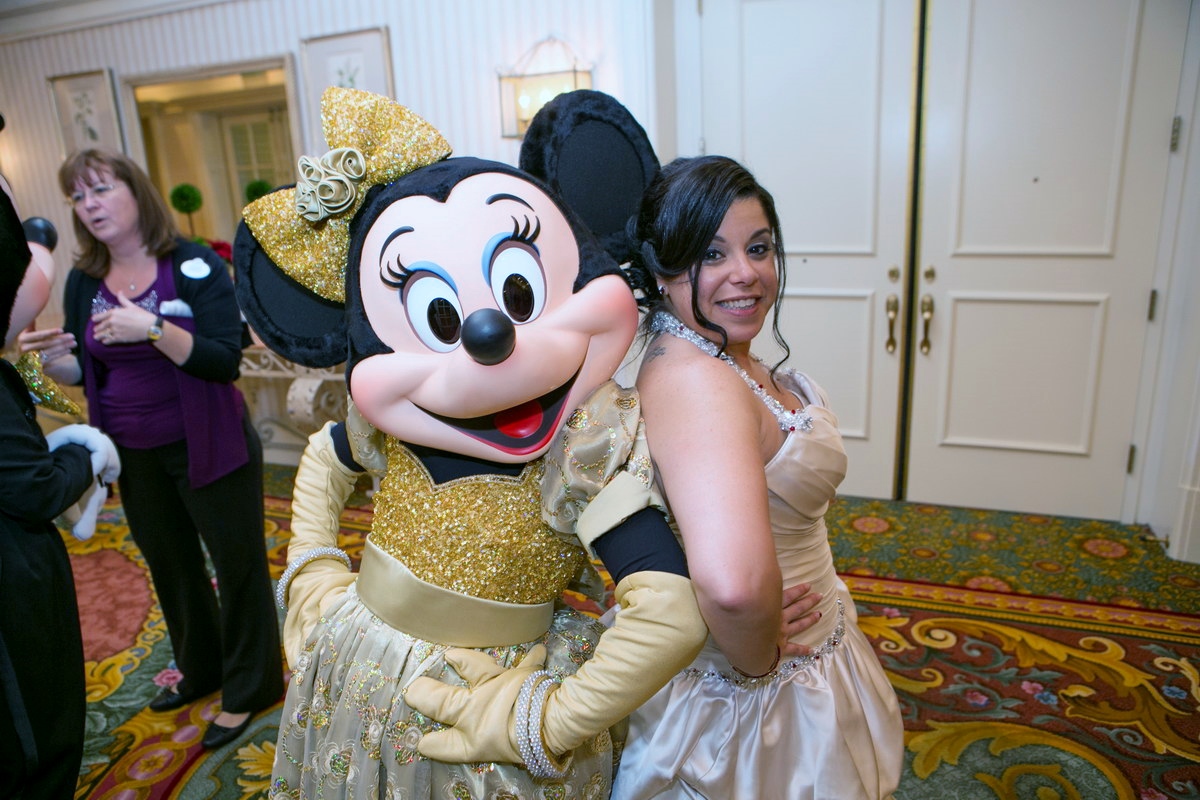 Bermuda residents, Marc and Sandra didn’t meet at the parks, but these two best friends couldn’t resist the magic that is Walt Disney World. The two arrived in Orlando as buddies; it was Marc’s first trip to the Mouse House since 1983, and he said he couldn’t help but fall in love with Disney… and Sandra. They left Orlando as a couple, and the rest, as they say, is history.

The two proudly proclaim that Disney is their “happy place” and where they go to get away from it all. Knowing that Sandra always closes her eyes during the Dream Along with Mickey show in front of Cinderella Castle, Marc waited for this moment at Magic Kingdom one day. After Mickey said, “Say real loud, ‘Dreams Come True!’” Sandra’s eyes fluttered open to Marc on bended knee, asking for her hand in marriage. They would be married at Disney World, as well, and, just a few months ago, they announced that they were expecting a baby at – you guessed it – Disney World! 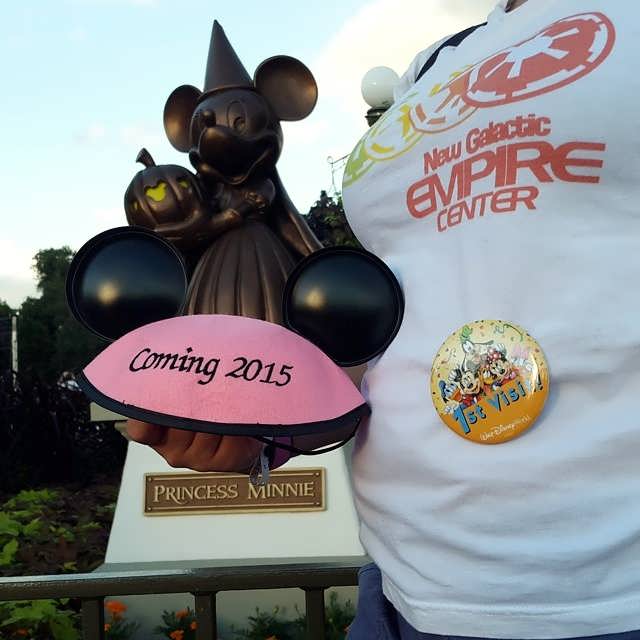 Every time Marc and Sandra visit Orlando, they quickly check into their hotel and race to Downtown Disney. But both will tell you that their trip doesn’t truly start until they enter Magic Kingdom. Marc says, “Without fail, every time we walk in, Sandra gets teary-eyed. We’ll slowly walk up Main Street and watch Dream along with Mickey, and, again, every time Mickey comes out on stage, Sandra’s eyes will fill up with tears. It’s amazing!” 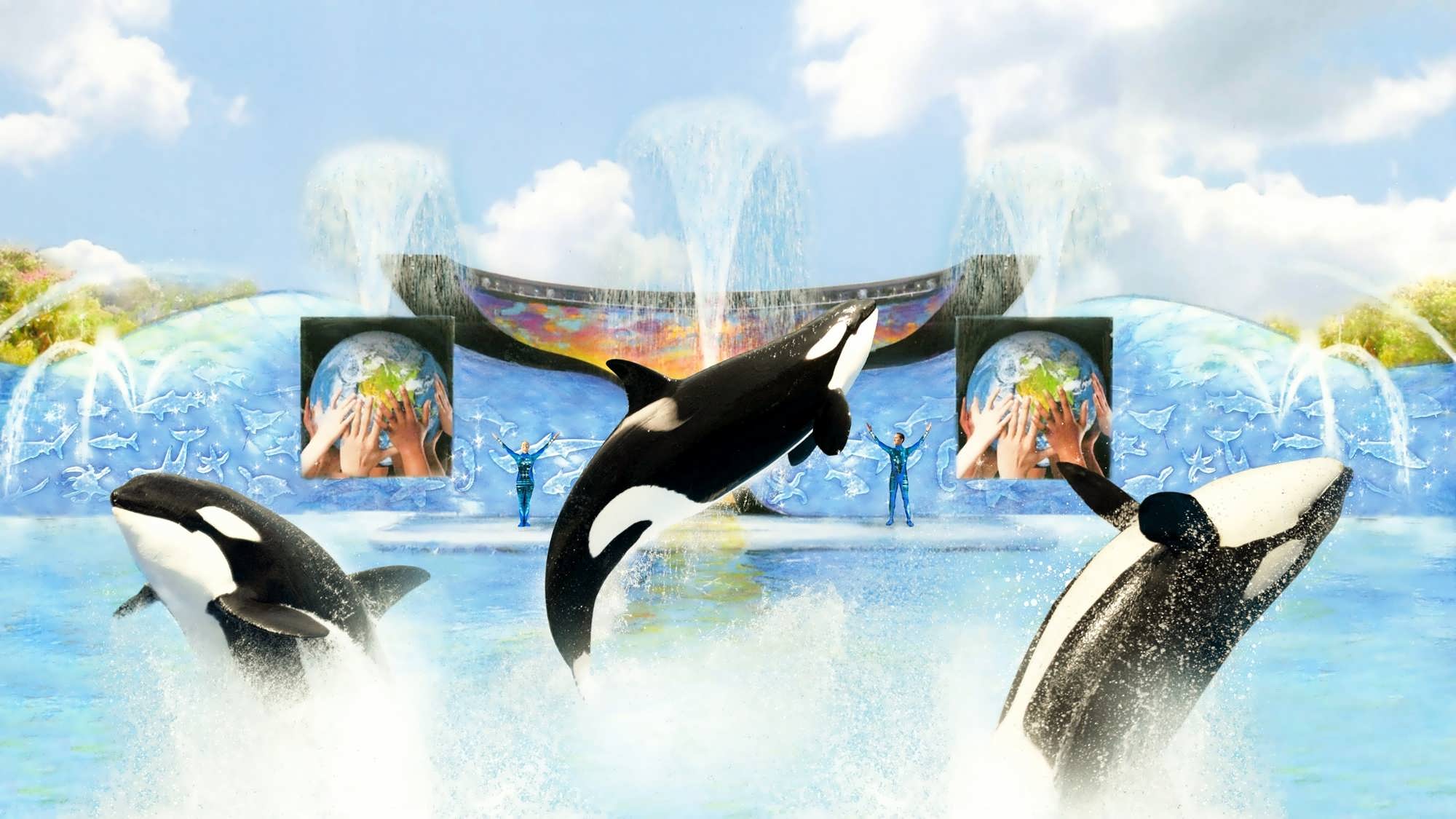 Simon and Gail were visiting Orlando from the United Kingdom, and Simon knew he wanted this trip to be extra special. He contacted SeaWorld regarding a surprise proposal, and the team there began helping him plan this incredibly beautiful moment. The proposal was going to take place during the nighttime Shamu show and be projected on the big screen.

At the time, SeaWorld had a pre-show where cameras would capture families and couples having fun, biting into a tasty Shamu bar, or maybe even not paying attention! The team carefully seated Simon and Gail in a particular section so the cameras knew just who to focus on. Once the pre-show began, they had music playing and kept finding different members of the audience so that they could add speech bubbles over their heads with silly sayings.

When it came to them, the bubble above Simon’s head proclaimed, “Kiss me, you fool!” which Gail happily did. It then quickly changed to “I was just wondering…” which Gail thought was peculiar, and then “Will you marry me?!” And Simon was next to her, on bended knee, with the engagement ring in hand. Everyone cheered excitedly as Gail said yes. 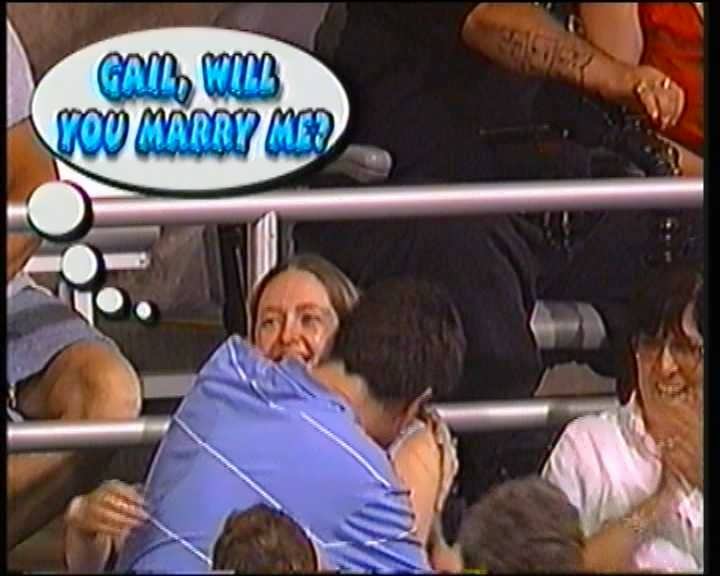 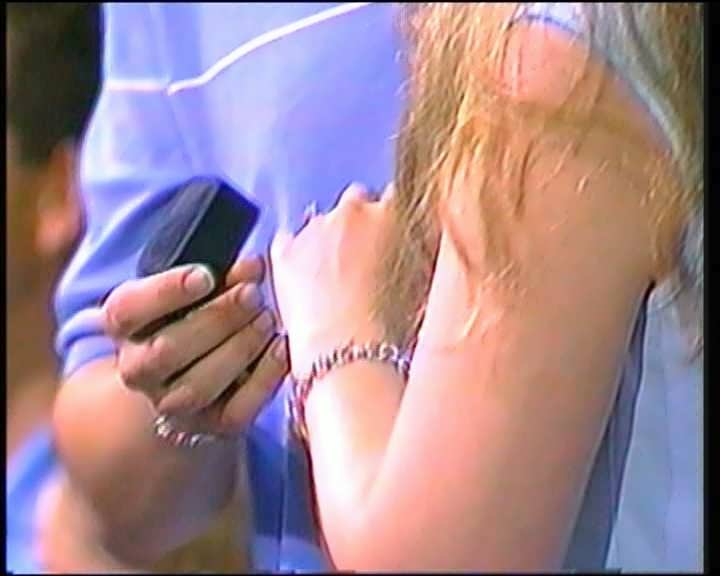 Simon and Gail had lots of people greeting them on the way out of Shamu Stadium after the show, and SeaWorld kindly made them a keepsake DVD of the moment so that they could take it back to England and share it with their family and friends. Gail says, “SeaWorld made it so special for us, and we are so thankful for those memories and the fact we could share it with our friends and family once we got back home, too. At the time, SeaWorld was only doing one engagement a month or so, which made it an even more unique experience for us!”

We’re used to romance and fairytales on the silver screen thanks to the likes of the Disney Princesses and Shrek and Fiona, but did you know that these fairytale romances extend to real life in large part due to the theme parks? If they aren’t the first place where you look for love, maybe they should be after reading these amazing stories.

Share your own stories of love in Orlando in the comments below.