Two days ago, Universal made official what we all were assuming, anyway: Wet ‘n Wild, the 38-year-old Orlando staple, will be closing down on December 31, 2016, to make way for Volcano Bay, Universal’s first-ever built-from-the-ground up “water theme park.”

What’s going to happen to the 50-acre lot where the park currently sits? That’s an extremely good question, as Universal has several different possibilities, and the direction it chooses to go can be very telling; we all already know about the next two or three years at Universal Orlando Resort – including King Kong’s return, the arrival of Nintendo, and, of course, Volcano Bay’s grand opening – but what happens afterward is something of an unknown quantity. With parent company Comcast not letting up on its inexhaustible annual investments and breakneck speed of development, the end of this decade and the beginning of the next may end up blowing away everything else that has come before – and it can all start with Wet ‘n Wild’s former digs.

Let’s dive into the possibilities, shall we?

#1 – New hotels
This is the scenario that seems to be getting the most traction in the theme park blogosphere, and it’s easy to see why: although 50 acres isn’t a lot of land for, say, a theme park (that’s less than half the size of either Universal Studios Florida or Islands of Adventure), it would be enough for a collection of new, larger-sized hotels, not unlike the recent Cabana Bay Beach Resort, which comes replete with a lazy river, 10-lane bowling alley, and family suites on its 30-acre footprint. And when one throws in the fact that Universal has been talking about doubling its current on-site hotel room count (its stated goal has been 10,000 rooms for the past few years now), this possibility seems like a no-brainer. 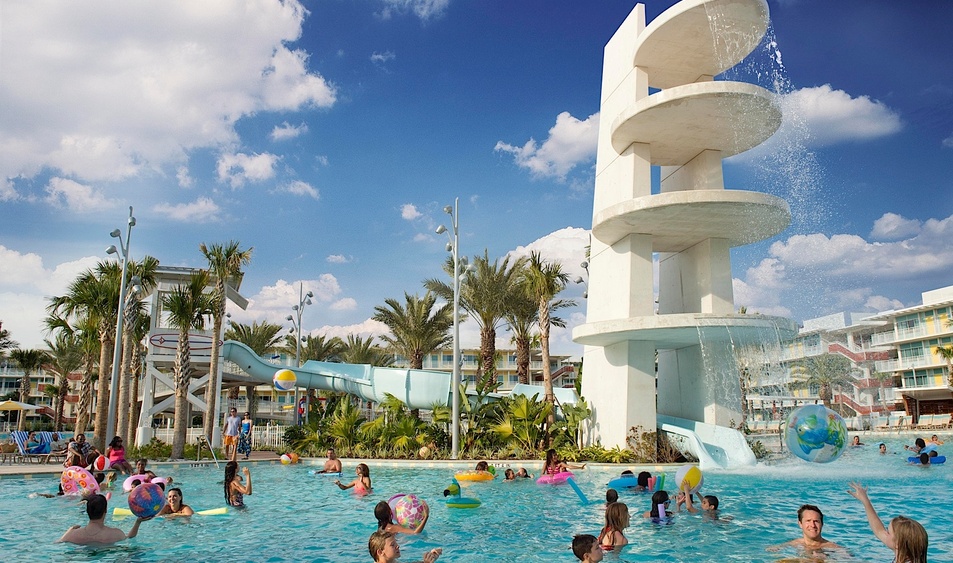 But just what kind of resort would end up going here? It’s easy to assume that it’ll be a value property (or two), like the aforementioned Cabana Bay, given (1) its extreme distance from Universal Orlando proper, (2) the fact that Universal has been interested in building up its budget options (when Sapphire Falls Resort opens next summer, that’ll make two lower-priced hotels to the three deluxes), and (3) the company can’t afford to hand out any more free Express Passes to its on-site guests, which is exactly what any deluxe patron receives.

There’s another type of hotel category, however, that the company has yet to maximize (or, in fact, even start), and one must assume that the temptation to follow this would be too great for the company let slip by: an ultra-deluxe property. This could easily be the smallest of Universal Orlando’s offerings in terms of room count and overall real estate both, which would actually help play up the exclusive feel of the property, and the ultra-posh décor and array of amenities would certainly help. Think Walt Disney World’s two flagship resorts here: the Grand Floridian and Polynesian Village. 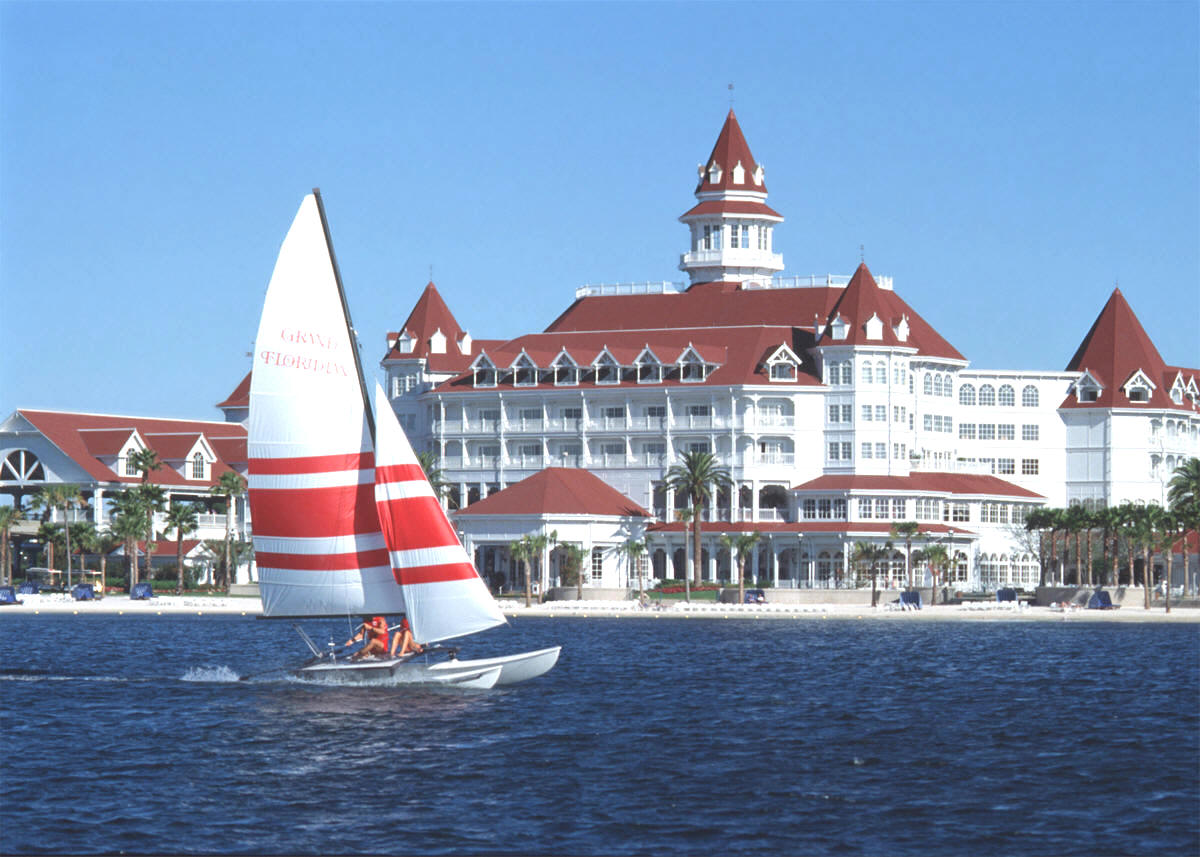 No matter how the company decides to divvy up its new hypothetical hotels, the underlying need to make the former Wet ‘n Wild plot into a destination unto itself would still need to be addressed – and this means something along the lines of attractions. Elaborate water slides for the hotels’ pools (the company could just hold on to one or two of WnW’s current lineup), massive restaurants that feature, say, dinner shows, and features such as rock-climbing walls which aren’t offered anywhere else on-property would do the trick just nicely.

#2 – A second CityWalk
Universal CityWalk, sitting literally at the heart of Universal Orlando, has to essentially be everything to everyone: fine dining (Emeril’s Orlando), quick bites (Bread Box Hand-Crafted Sandwiches), quirky offerings (The Cowfish Sushi Burger Bar), entertainment (Hollywood Drive-In Golf and Blue Man Group), and, of course, shopping (practically everything else). But what if Universal could offer an alternative complex that could just focus on one or two specific tasks, and attempt to execute on them perfectly? (Hey, Disney already does something along these lines, with both Downtown Disney Springs and Disney BoardWalk being available at its resort.)

The possibilities for a smaller, more niche CityWalk are actually quite far-ranging. What about more specific forms of entertainment – Broadway productions instead of movie theaters and Blue Man, or go-karts instead of putt putt? What if it was designed to compete with the upscale Mall at Millenia instead of the more tourist-trappy Downtown Disney? How engaging would it be for street performers to rule the area instead of DJs and bars? Universal has already proven that it can maximize limited space like no one else, and even just 15 acres (that’s half the size of the first CityWalk, just for the record) would be more than enough for all these experiences – and much more. 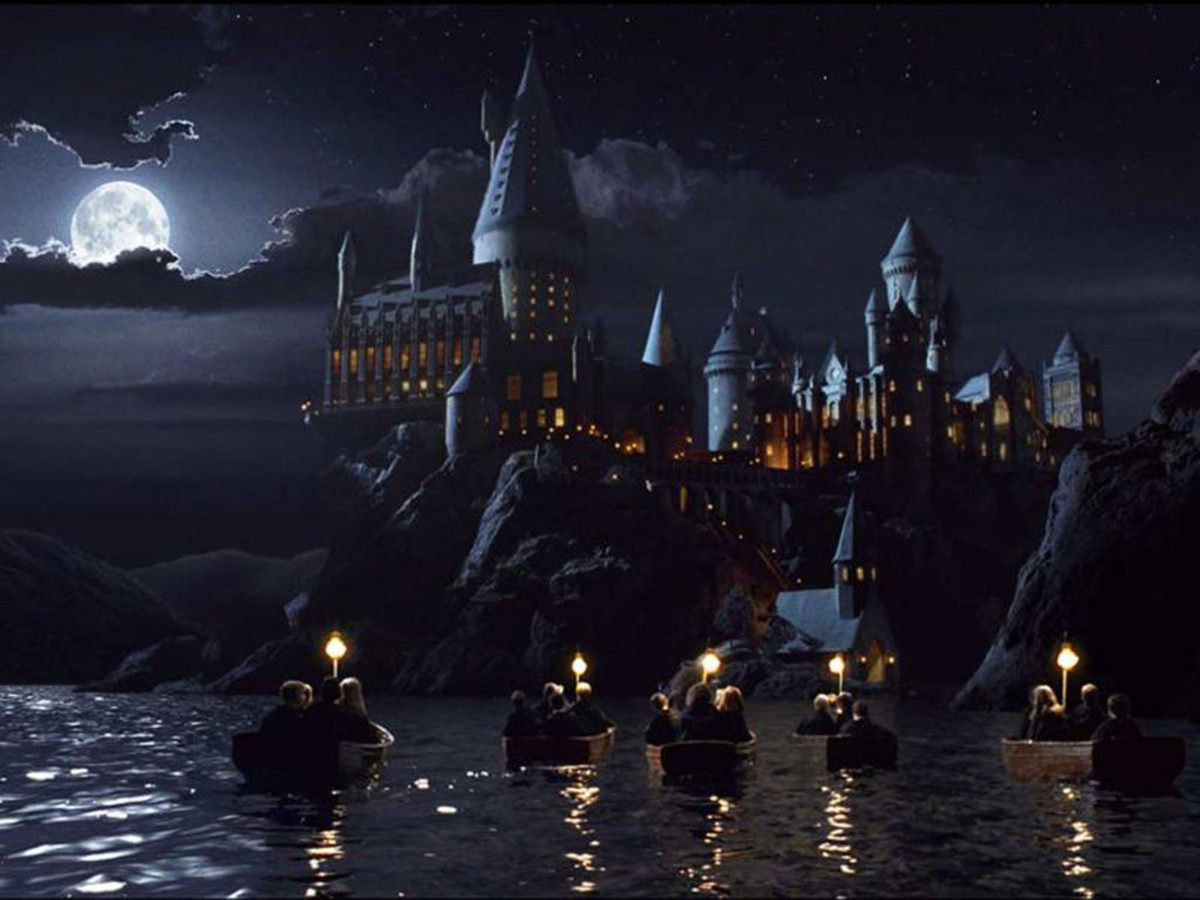 The real knock-out punch, however, would be some sort of central theme instead of the general catch-all approach – exactly what BoardWalk provides to Disney. Going for a specific time or place – like Cabana Bay’s retro ‘60s vibe or Volcano Bay’s exotic tropical paradise – would certainly be the surefire approach to take, but how much more extraordinarily amazing would some sort of intellectual property be? Imagine strolling along Despicable Me’s Super Silly Fun Land, looking for a shop to duck into or a carnival game to impress the ladies with, or walking the corridors of Harry Potter’s Hogwarts Castle, searching for secret passageways on the way to your next meal. It’s harder to think of something that would make this off-site location a must-do stop – or, indeed, another never-been-done-before feather to insert in Universal’s theming cap.

What do you think Universal will use Wet ‘n Wild’s property for? Tell us below.