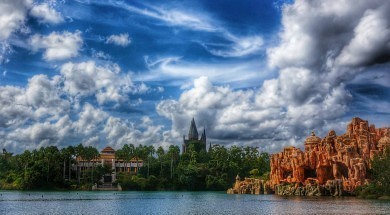 Should you choose Disney or Universal?

March 26, 2015 Morena 0
Theming 101 There’s a reason they’re called theme parks. Since the legendary inspiration for Disneyland as Walt Disney watched his daughter on an amusement park carousel, the idea of a theme park has been centered around the notion of creating an environment, a unique place separate from the dangers and worries of the everyday world. […]
Read more

March 6, 2015 Morena 0
I love dining in and around theme parks. Part of it is a love of great food; part of it is the trauma of losing three hours of every childhood trip to Magic Kingdom as my family rode the ferry to the parking lot and ate sandwiches out of the back of the car. Over […]
Read more