The Wizarding World of Harry Potter took Islands of Adventure by storm when it opened to the public in 2010. Now, Diagon Alley is in the works at Universal — promising to be world’s first centrally themed multi-park experience — and its existence is opening up many new and exciting possibilities for our favorite Orlando theme park. This is particularly for those who are big fans of the Harry Potter novels, and who have only had their imaginations in which to roam these London streets.

In this BIG 5 post, we look at the top five prospects of the Wizarding World of Harry Potter — Diagon Alley that we are so excited for!

The last time I visited the Wizarding World, my friend Lea noticed a very quiet little cart in the middle of the street. When we approached it, we were ecstatic to see that it was ice cream, but no ordinary Universal ice cream; it was from Florean Fortescue’s Ice Cream Parlour. Mr. Fortescue is remembered fondly by Potter fans as being very kind to our leading man, giving Harry free ice cream every half hour when he would do his homework there. The team members were only testing out three different flavors when Lea and I were there (we tried the strawberry and peanut butter flavor, which was surprisingly not bad), but we knew this meant many more to come once this store (or cart, however they decide to do it) opens up in Diagon Alley at Universal Studios Florida.

The Leaky Cauldron is also a very exciting prospect, and is probably the main restaurant that has been mentioned in the little bit of official talk we have about this project. It would be quite exciting if this was still the way to enter Diagon Alley as it is in the books, and even more fun if there was an area for people to tap on the bricks with their wands to gain access (though hopefully this wouldn’t be the only way to get in, as it would get very congested.)

It has been mentioned that they are going to place a slightly larger version of Ollivander’s in Diagon Alley, where it is originally placed in the books. This raises the question: will they have different wands available for different characters, along with a new wave of generic wands for those chosen by Ollivander himself? They also have a similar situation with the Weasleys’ Wizard Wheezes; will they be able to come up with different joke shop items to place here than the ones they have at Zonko’s? Will they go to lengths to get charming red-heads to work behind the counter?

It will be a very sentimental moment for book-readers to enter one of the first magical places that Harry walked through before he went to Hogwarts.

The Gringotts ride will surely be the crown jewel of the London section of the Wizarding World. But the Gringotts Bank was basically made to be a ride, as Deathly Hallows Part 2 demonstrated quite thoroughly, so we already have pretty firm expectations of what the overall feel of the ride might be. What’s more interesting at this point is: how will the Gringotts Bank experience measure up to Harry Potter and the Forbidden Journey, a ride that is easily one of the world’s best and most ambitious attractions? Universal Creative set the bar very high with Forbidden Journey, and while Gringotts is expected to be more kid-friendly, we wait with baited breath to see just how Universal will top their work on Forbidden Journey with another start-of-the-art attraction.

It’s always a thrill to enter the Wizarding World at Islands of Adventure and see the Hogwarts Express waiting for you, with the conductor out front and steam billowing in the sky. But it’s a bit of a disappointment that the train simply sits in the same spot day in and day out. Thanks to the new expansion, this is going to change. Universal Orlando is assembling a real Hogwarts Express: trains, tracks, and stations.

Everyone who’s read the Harry Potter novels remembers Harry’s famous line “I’ll take the lot!” and is hoping to do the same when the trolley comes ‘round their seat on the train. Now, it isn’t even slightly confirmed that the candy trolley is going to make an appearance, but the powers that be at Universal would surely be missing an opportunity if they didn’t send a cart around for people to buy chocolate frogs and the like on the train. It’s definitely an experience eating a chocolate frog in the streets of Hogsmeade, but it will be even more magical to do it as Harry did, on the Hogwarts Express.

The Hogwarts Express is practically a Godsend when you think of all the walking it will be saving you. You face quite a trip once you make the decision to go from Islands of Adventure to Universal Studios Florida, especially if you are stepping off the Hungarian Horntail and in the mood to shoot some aliens on MEN IN BLACK Alien Attack. Soon you’ll be able to sit, relax, and let the Hogwarts Express do the work for you — assuming you have a Park-to-Park admission ticket.

The dark wizard area will be a compelling change from the Potter-themed areas already in the parks, as it grants Universal Creative its first opportunity to create a darker walkthrough world inspired by J.K. Rowling’s work. Knockturn Alley should also present some interesting merchandise for those who are more inclined to shy away from Harry and his friends. There are so many interesting call-backs to the movies and books throughout the Wizarding World, and the cabinet that Draco uses to go between Hogwarts and Knockturn Alley could be a great addition.

Looking at the image above, we believe that Knockturn Alley will be located in green area, with its entrance and exit highlighted in red. While the prospects for this portion of the new Wizarding World are thrilling to say the least, one must also wonder just how thousands upon thousands of guests will navigate through what appears to be such a small space.

This is, frankly, what I am most excited about. The Wizarding World of Harry Potter in Islands of Adventure has been perpetually stuck in the timeline of books 1 through 4. With the Weasleys’ shop, and the events that are sure to occur in the Gringotts Bank ride, the Diagon Alley expansion ups the ante and brings us into books 5 through 7. This will give the Diagon Alley section a much different feel than the original Wizarding World and Hogsmeade Village. Instead of the Frog Choir and Beauxbatons/Durmstrang Triwizard Spirit Rally, there could be impromptu Dumbledore’s Army meetings. There might be Undesirable Number One posters up featuring Harry’s face. Cat screeches could be heard periodically, making it known that Harry is somewhere in the area. 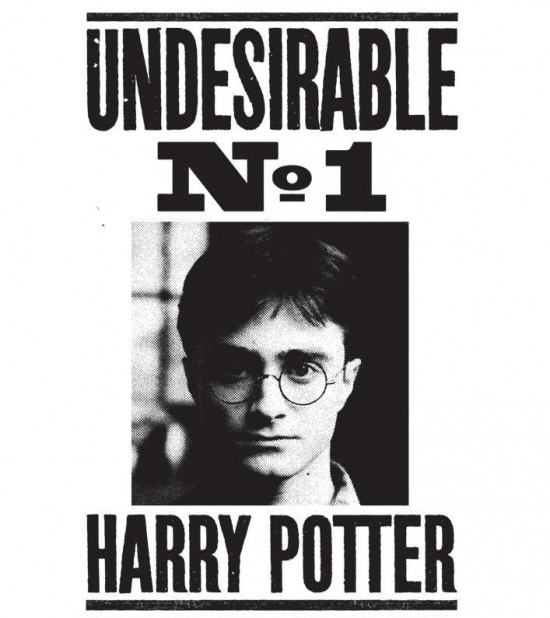 This also raises the question: will Universal finally acknowledge the plight that the Wizarding World had to deal with (he-who-shall-not-be-named) or will he continued to be ignored, save for a pin here or a t-shirt there?

Speaking of pins and shirts, all of the above opens up opportunities for new merchandise, which is very exciting indeed. It would be great to bring home a Leaky Cauldron mug for the collection, or some sort of slip of paper stating that I do indeed have a great deal of galleons hidden away in Gringotts. If there is something you’d like to see at Diagon Alley, we’d love to hear about it in the comment section below.

Anyway you look at it, the Diagon Alley addition at Universal Orlando will be a dream-come-true for Harry Potter book readers and movie watchers alike!

OI Blog: Top five features of the Diagon Alley concept art you have to look at again

View all of our BIG 5 posts

My 12 year old daughters suggestions:
-How about HP fireworks with Death Eaters flying in like Tinkerbell does at Disney, with a narrated story?  And an image of harry patronus to scare them away.
-a train ticket souvenir (platform 9 3/4!)
-the whomping willow
-flying car ride

snaphappie I think it would be so great if they did a fireworks display.  I know they’re up to it!  Your daughter has very good ideas!

Do we have an opening date yet, I’m looking to book a holiday??

Kelv Maddy – Rumors say June 2014 or thereabouts, but they’re just rumors so plan at your own risk. Learn more: http://bit.ly/oihpexpusf.

Ooohhhh hope even some of it is true!!!!

I’d love to be able to exchange Muggle money for galleons and even have a booth or store where you could use your galleons if you chose to. They would also be great collector pieces, as well as sickles and knuts. I don’t see why Universal couldn’t figure out a way to do that in Gringotts, as part of the ride. Maybe as you come off the ride you could visit a goblin……or while you are waiting in line.