From the PlayStation 1 to Halloween Horror Nights 23: The evolution of Resident Evil

Tomorrow, Halloween Horror Nights 23 will be upon us, unleashing eight haunted houses, including Resident Evil: Escape from Raccoon City. To commemorate what will surely be one of the most popular houses, and because I’m a big fan of the games, I’ve prepared a little primer of the Resident Evil series for you. Whether it’s to help you appreciate all the little details in the maze or to allow you to impress your friends by rattling off factoids while waiting in line, this short-but-thorough breakdown of the survival-horror phenomenon will give you everything you could possibly need before entering Raccoon City. 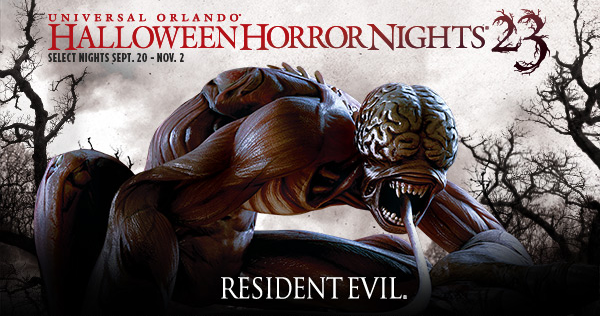 Videogames, perhaps not surprisingly, are suspiciously similar to Hollywood films: they are dominated by and mostly comprised of franchises. What’s unique to the interactive medium, however, is not just the number of franchises that line store shelves, but their sheer longevity; Madden NFL Football just saw its 25th installment ship last month, while Final Fantasy, a role-playing series, will soon total some four dozen entries.

In this context, Capcom’s perennial Resident Evil is nothing surprising. Eight main games, along with a bevy of spinoffs, tie-ins, and remakes, have been released over the past 17 years, with a corresponding flood of movies, anime, and action figures. Although not the longest-running gaming phenomena, it’s certainly one of the most popular and easily one of the most recognizable in mainstream culture (hence its inclusion in HHN).

What does differentiate the horror series from all others is a small but important note. The main RE chapters can easily be divided into two different but more-or-less continuous parts, with the original games following a zombie-infested, scare-focused formula and the latest three entries emphasizing action instead of suspense and eschewing zombies for a newer, faster parasitic enemy. It would be odd to think of, say, a Madden drift from its football roots, or a Halo not feature alien combat with futuristic weaponry, but this is exactly what Capcom opted to do – a particularly gutsy move, given that the series coined the term “survival horror” and put horror gaming on the map.

The original Resident Evil released in March 1996 for Sony’s first console, the PlayStation. The then-brand-new medium of CDs (instead of the older, smaller, and more expensive cartridges, which is what all of Nintendo’s systems used up ‘til this point) allowed for not only fully orchestrated soundtracks, but also for voice acting and cutscenes. For the first time in videogame history, developers could tell real, honest-to-God stories, replete with a beginning and an end and even plot twists along the way. (Capcom even went one step further and added live-action footage to the opening and closing of the game. Even though RE was meant to be a B-horror film experience, the sheer amount of cheese that came with the live-action sequences was more than enough for anyone to endure; all future installments in the series would stick strictly with computer-generated cutscenes.)

The premise of the first game was simple: one half of a SWAT-esque team called STARS went missing while exploring strange sightings and missing persons in the Arklay Mountain region just outside of Raccoon City. STARS Alpha team is sent in to investigate, is immediately chased off by grotesque, zombified dogs (called Cerberuses), and seeks refuge in a strange British mansion in the middle of the woods. It doesn’t take long for the two main (and playable) characters, Chris Redfield and Jill Valentine, to discover that the building – replete with its greenhouse in the backyard and its secret labs underground – is the main site of a grand experiment being quietly conducted by the Umbrella Corporation. Researchers are injecting various types of lifeforms, from spiders to sharks to plants, with something called the T-virus in order to essentially turn them into zombies, which, in turn, gives them the data needed to create a whole repository of bio-organic weapons (BOWs) to sell to the highest bidder. The biggest and baddest of these zombie-infused creations is the Tyrant, which nearly takes an entire arsenal to drop.

Just as in Jurassic Park, nature finds a way, and the BOWs manage to escape their pens, spread the T-virus amongst the human population, and unleash a whole horde of zombies upon the outskirts of the city – which ultimately, in turn, attracts the attention of STARS. Chris, Jill, and a ridiculously small number of their teammates manage to escape the contaminated Umbrella site, destroying the mansion and presumably eradicating the T-virus infection as they do.

They didn’t, of course. Within two months, various strains of the virus manage to seep into Raccoon City itself, almost instantly ravaging the town and turning everyone and everything into the living dead. This apocalyptic scenario serves as the backdrop for both Resident Evil 2 (January ’98) and Resident Evil 3: Nemesis (November ’99), which add a number of new wrinkles to the story: Umbrella has back-up labs in Raccoon, some of which are engaged in creating the stronger and deadlier G-virus; international mercenaries are hired to constitute the Umbrella Biohazard Countermeasure Service (UBCS), which is dispatched to aid in the containment effort; and the company has most local politicians and law enforcement in its pocket, though that does little to stop the outbreak or prevent corporate espionage. 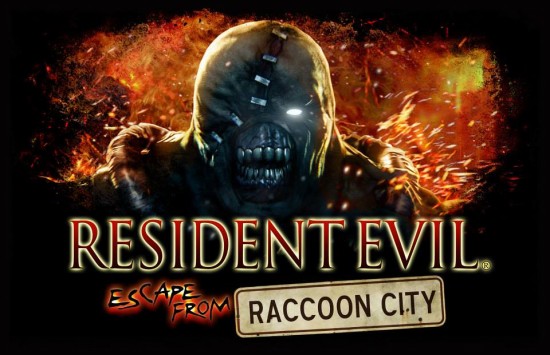 The biggest development, though, comes in the form of the titular Nemesis. A special variation of the Tyrant BOW that is highly intelligent, adaptive, and even trained to fight with conventional weaponry, Nemesis is sent to Raccoon in order to hunt down and kill (or infect) the remaining STARS members in order to ensure the secrecy of Umbrella’s full role in the incident. In reality, given RE3’s extremely shortened production schedule – the next Resident Evil title was already in full development for the next generation of consoles, and Capcom wanted to squeeze out one last entry on the older PlayStation – it ended up being a game that was short on both story and playtime and, therefore, needed an extra shot in the arm. Nemesis proved to be that and more, showing up at random intervals to mercilessly hunt down the player and chase him on his merry way. It’s not until the very end that the zombie super-soldier is stopped once and for all – shortly before the government writes off Raccoon as a lost cause and levels the entire city with one well-placed missile.

(Although Nemesis was the biggest addition, the fan-favorite Lickers from RE2 are perhaps the most fun – scary, dangerous, and outrageously designed, these BOWs have no skin on their bodies whatsoever, exposed brains, and no eyes, forcing them to track their prey via sound only. They also have the tendency to stay perched on the ceiling and attack with their extremely long – and deadly – tongues, making them a rather fun addition to the zombies and Cerberuses that pack the city streets.)

Given that the T-virus outbreak in Raccoon has been revisited several times over (for the online multiplayer Resident Evil spinoffs and the film series, amongst others) since 1999, it’s little surprise that Universal Creative and Capcom would choose this particular plot point to craft their haunted house around. Filled with a nearly endless amount of tension and the ability to hide scares literally around every corner, Resident Evil: Escape from Raccoon City has the potential to be the crown jewel in this year’s Halloween Horror Nights.

If they can pull off Nemesis as in the videogame as opposed to the (embarrassing and thoroughly cheesy) movie, that is.

UPDATE: As many of you know Universal held its team member preview of Halloween Horror Nights last night. Unfortunately, the initial reviews of the Resident Evil house put it toward the bottom of this year’s offerings. We can only hope, because last night’s event was a preview, that more elements will be put in place to make it a more satisfactory — and terrifying — experience.

To learn more, visit the complete insider’s guide to HHN 2013 in the OI Universal Center.