Many people have grand designs on how to fix Universal Orlando and, lucky for of us, Comcast seems to have a check book ready to do just that.  However, this article isn’t about grand designs. What I am offering is a dozen of ideas that could be done in short order for limited cost to the resort.  Universal could also see quick returns, not just financially, but also from guest satisfaction that could be tracked by their omnipresent surveyors.

Editor’s note: We have not inserted links to our Universal Orlando information in the article above — this would result in one or two links sentence. However, do know that you can learn more about each and every attraction Robert mentions in the OI Universal Center.

Open letter to Universal’s Halloween Horror Nights: A true fan’s perspective on how to fix the event 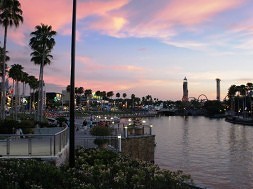 I think these are all good ideas but this one is my favorite: Sell Picnic Basket Meals with “disposable blankets” for families to lay out and eat on the grass as East Green Park from La Bamba and for the Amphitheater lawn from Monsters Café.

The picnic basket meal is also my favorite as well! Though I really enjoyed all of them 🙂

Glad so far the picnic basket is well received, just think everytime I see a half full Horro Make Up Show if just the description was changed what a hit it would be.

There is a Shrek pinball machine in both parks, both always in differing degrees of disrepair, they should be either serviced regularly or removed, and while youre at it, either give those preprogrammed claw machines better odds(they’re adjustable, I know that for a fact) or take them out, this is Olando not Las Vegas…