Dark rides originated in the late 19th century, at a time when amusement parks were sprouting up all over the country to allow Americans, who had shorter work weeks and a mysterious thing called disposable income for the very first time, to enjoy their newfound resources. Based on a railroad track or a water-filled tunnel, the most prevalent of these proto-rides was the so-called Old Mill or Tunnel of Love.

There was nothing to suggest that dark rides were the next logical step in the evolution of amusement attractions, as is evidenced by the subsequent arrival of the rollercoaster and other types of thrill rides (such as the Scrambler or the Flying Carpet). They threw a curveball in the design process: surprise turns in the tunnel took a back seat to telling a story, which was typically conveyed by mannequin- (or, later, audio-animatronic-) populated tableaus. By being contained completely indoors, designers were – and still are – able to fully manipulate light, sound, and ride mechanics to envelope the guest in this narrative reality.

By the time the 1920s rolled around, advances in technology allowed rollercoasters to take dips and turns and accumulate levels of speed that were hitherto impossible, heralding their Golden Age and relegating dark rides to a level of curiosity sideshow; the slower-moving, story-driven attractions simply weren’t able to maintain the public’s interest, particularly with physical contact between non-married couples – and even the married ones – becoming more socially acceptable (the driving appeal behind the near-ubiquitous Tunnels of Love).

And then Walt Disney revolutionized the concept with the opening of his Disneyland in 1955. The first Disney park, of course, was also the world’s first modern theme park, offering guests the chance to not only experience a story in one particular ride, but entire swaths of the park itself. Midway games and boardwalks were replaced by carefully sculpted environments to enhance the experience of actually living in a story (in, say, Tomorrowland or Fantasyland). Since coasters were too fast-moving to allow riders to absorb such narratives, and since they weren’t as conducive to a family visit as were their dark ride brethren, Disney took the gamble of wholly ignoring them, confining them to amusement parks.

Over the next 30 years, the Disney Company took many steps to more fully flesh out the narrative opportunities of their signature attractions, such as increasing the complexity of their characters’ animations or inserting a narrator directly into riders’ vehicles. Yet despite all the nuances in approach, the attractions themselves remained essentially unchanged: a slow-moving prearranged track that contained various dioramas.

Enter Universal. By the time the film studio had realized that its decades-old tram production tour in Los Angeles was stumbling into Disney’s themed territory, it decided to go full-tilt into the still-burgeoning market. Part of this entailed opening its very first built-from-the-ground-up theme park in Orlando, and part of it was also to offer a slightly different take on the dark ride – one that started to blur the lines between dark and thrill rides (as well as push the envelope to include more PG-13 material). In 1990, with the opening of Universal Studios Florida, this was a tentative attempt, at best; by 1999, when Islands of Adventure (the only non-production-studio park the company operates around the world) debuted, it was a full-fledged war cry.

Islands took the idea of the more action-oriented motion simulator (which, of course, Disney had started to embrace, as well), put it on a rollercoaster-type track, replete with dips and hills and swerves, and retained the dark ride’s mastery of sets, lighting, and performance – with a little 3D thrown in for good measure. The result was the Amazing Adventures of Spider-Man, an attraction that was literally said to have been impossible to pull off, and theme parks have never been the same since.

(It should be noted, of course, that Universal also took the rollercoaster, slapped some theming paint onto and around its experience, and had it stand side-by-side with the Disney mainstays. And rides like the Incredible Hulk and Dragon Challenge have not gone unnoticed by the amusement parks; just as an for-instance, Ohio’s Cedar Point, the so-called rollercoaster capital of the world, has had each of its newer coasters debut with fully themed queues and gift shops. It’s only a matter of time before they attempt to integrate story into the ride itself, like Hulk has done to good effect.)

Each subsequent attraction at Universal Orlando has similarly had a good dose of adrenaline pumped into it, whether large (the better-than-Spider-Man Harry Potter and the Forbidden Journey) or small (Cat in the Hat’s and MEN IN BLACK Alien Attack’s spinning ride vehicles). And with a full roster of rides currently in the construction phase at USF, from Transformers to Gringotts Bank – not to mention the next lineup of attractions being implemented over at Walt Disney World, including Magic Kingdom’s Seven Dwarfs Mine Train – this combination of the theme and amusement park worlds will only become more fully integrated.

But the question remains: should it? Universal has had such tremendous success with its thrill-dark rides, it seems inclined to think of going to a more traditional dark experience – of which only E.T. Adventure remains on its properties worldwide – as turning back the clock, risking audience boredom (there might be an argument to be made somewhere in all this about Americans’ shortening attention spans and increasing inability to concentrate, but not in this article). Spidey and Harry, it seems, have won out over Mickey and Minnie.

But as history has shown us, this doesn’t have to be a definitive victory. Dark rides followed water rides, but they didn’t replace them; rollercoasters followed dark rides, and while they almost drowned them out completely, there still was room in parks for at least a handful, Tunnel of Love or not. Disney, thanks to a core decision made by Walt himself over half a century ago, will always maintain a pantheon of classic attractions, from Dumbo to Pirates of the Caribbean. Universal has deliberately made the opposite decision, to help differentiate itself – but the cost may be an extinction of all but the most popular of species. Biodiversity will be the biggest victim of all.

If Universal hopes to build upon the wild success of the Wizarding World of Harry Potter with new rides, park areas, and even hotels, it needs to think long-term as well as short: attracting as many people as possible with as many experiences as possible – this is why they’re called attractions, after all – is of paramount importance, not narrowly kowtowing to a specific demographic (no matter how popular that demographic may be). Instead of Transformers, which is already extremely similar to the Amazing Adventures of Spider-Man, why not install a new, genre-redefining water ride? Why not dump Terminator 2 3D or Twister or Lucy for a “classic” dark ride (on any of those licenses, even)?

Hell, why not create the next new class of amusement park ride?

Previous articles in this series:

Queuing up the next generation: An examination of theme park attraction lines

previous Hard Rock Hotel's Velvet Sessions with A Flock of Seagulls set for Thursday, August 30
next THE BIG 5: Top five reasons to go to Downtown Disney 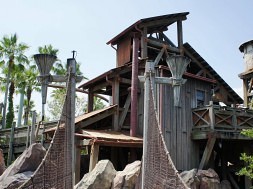 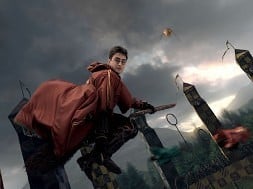 You know, it just struck me, but it would be quite cool for Disney World to take the exterior of Asbury Park, NJ’s Palace Amusements ride called “Tunnel of Love” and just lift it wholesale and recreate it in the park.  And of couse play Bruce Springsteen’s song as part of the ride.  It’s iconic.

Dark rides are my favorite.  I was in awe of Spider-Man when it first opened….completely and utterly in awe.  And then came Harry Potter.  And I have my favorites at Disney as well.

I think it just all works together in the world of theme parks…..if you want such and such, go here…..if you want this, go there.  Walt really did start it all, and the rest are following and carving out their own niches.

Thanks for a great article.